the design museum holon celebrates three decades of ron arad‘s work in metal. ‘in reverse’ showcases the israeli-born designer’s extensive explorations with his this, his favorite material, as evidenced in his furniture developments. a number of his designs, mostly chairs made from steel, are presented documenting his manipulation of the medium from his works of the 1980s, to his more recent developments which still carry similar properties to their early predecessors. 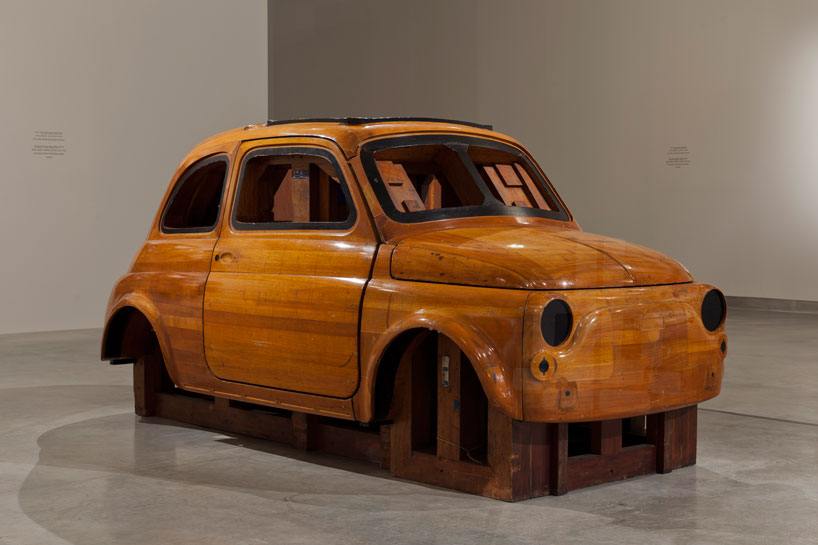 the focal point of the exhibition is a major new project arad has been engaged in which has seen him investigating–through physical experiments and digital simulations–the way in which automobile bodies, with particular focus on the fiat 500, behave under compression. the central installation sees six fiat 500s in a crushed state, flattened in such a way that they resemble the outcome of an accident in a cartoon or a child’s drawing, lacking any depth and dimension. hung on the walls of the gallery, they surround the wooden mould (on loan from the fiat archive and museum) that has been used to shape and fit the metal panels of the vehicle. opposite the timber form is arad’s ‘roddy giacosa’ (2013), a sculpture which has been created through the use of hundreds of polished stainless steel rods worked over a metal armature, the contoured sections resembling one of the car’s panels so that collectively they resemble the body of a fiat 500. 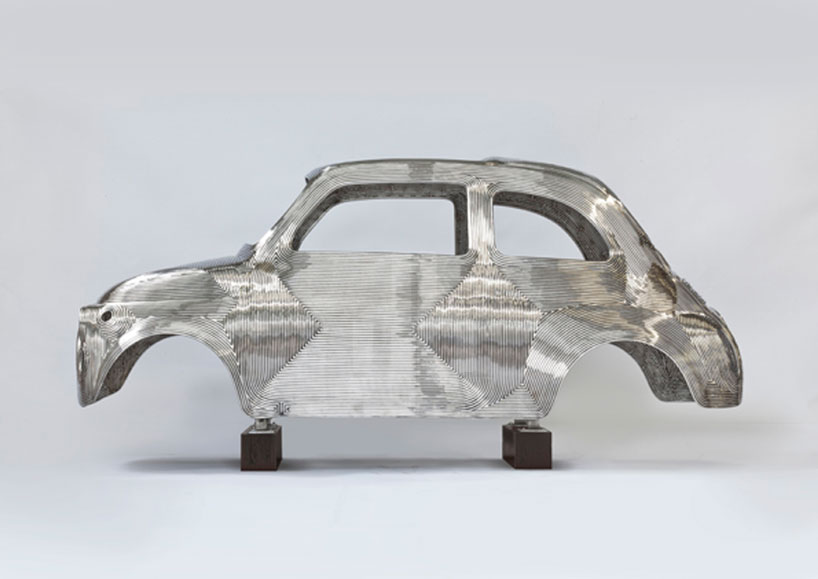 in the lower gallery, one can view the london-based creative’s digital simulations of this crushing process. digital prints on paper document the results of the compressions of ‘roddy giacosa’, and this operation of pressing something flat is further seen through a showcase of objects which arad has squashed which include studies and tests, even a bottle rack flattened by a steamroller. 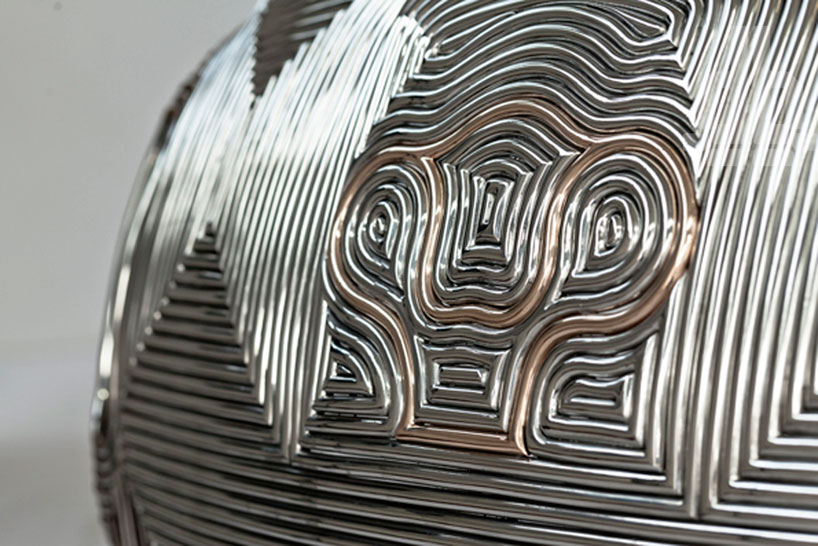 detail of roddy giacosa which is formed using hundreds of polished stainless steel rods, shaped to look like a fiat 500 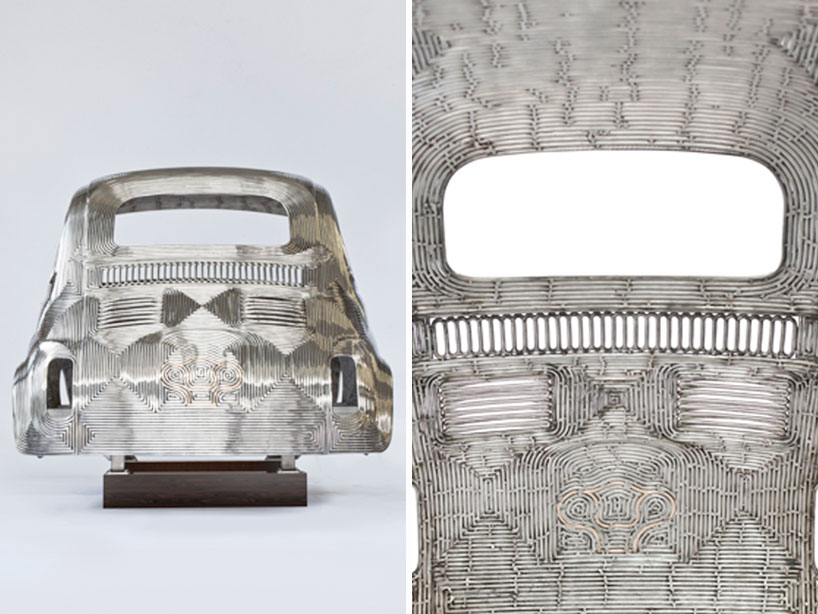 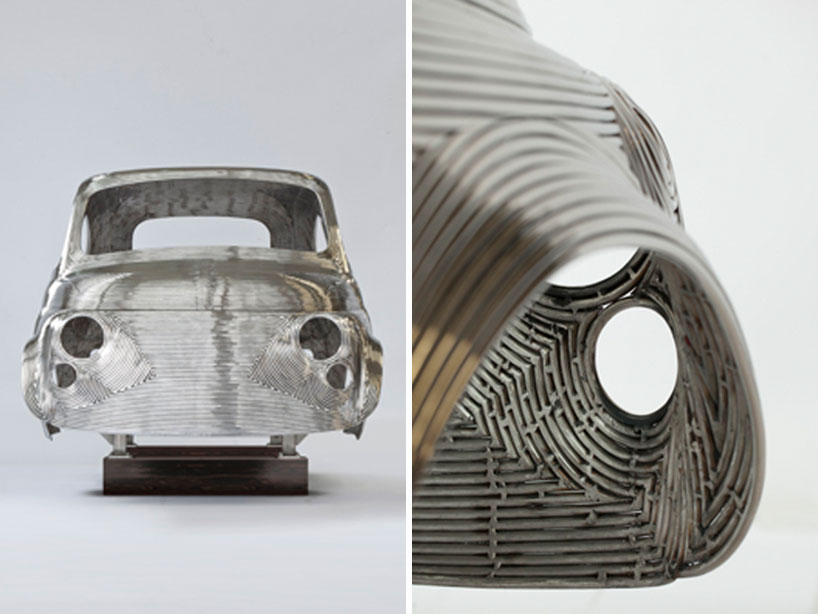 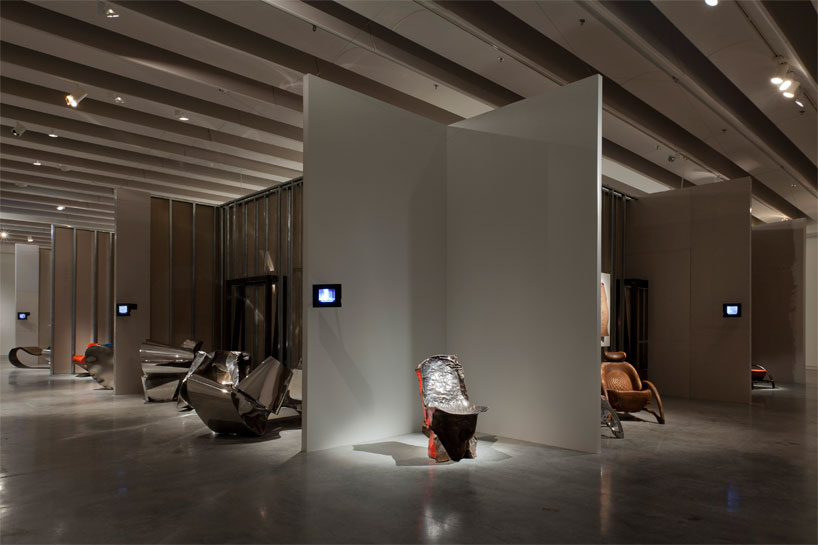 in the upper gallery alongside ron arad’s major new project is a select presentation of his chair designs, most of which are steel 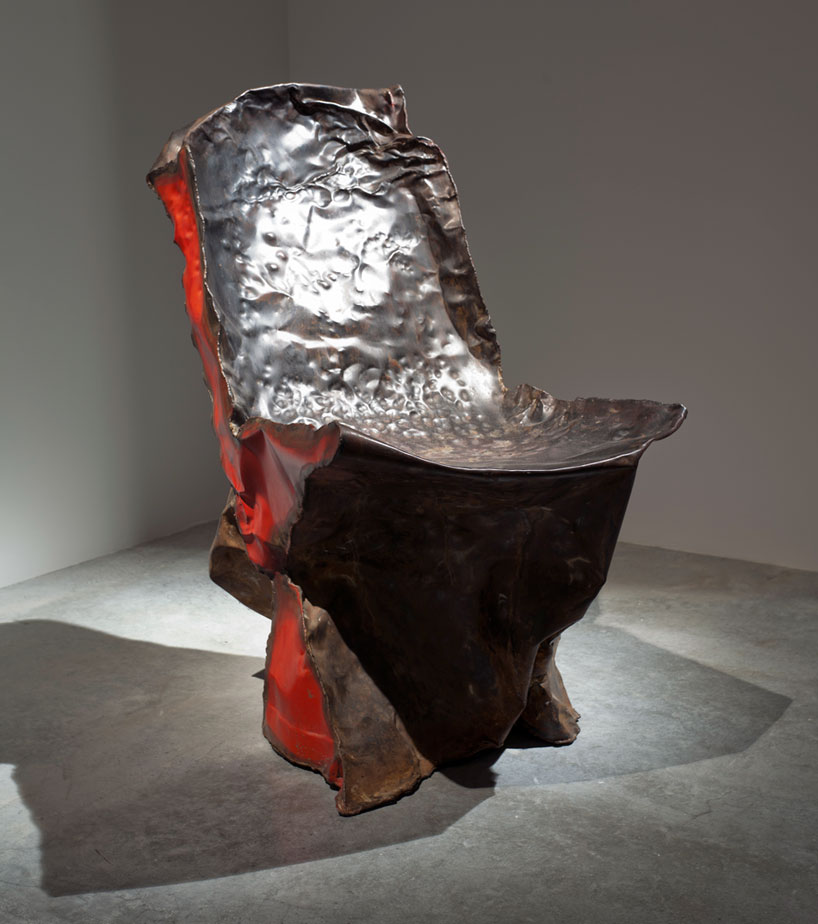 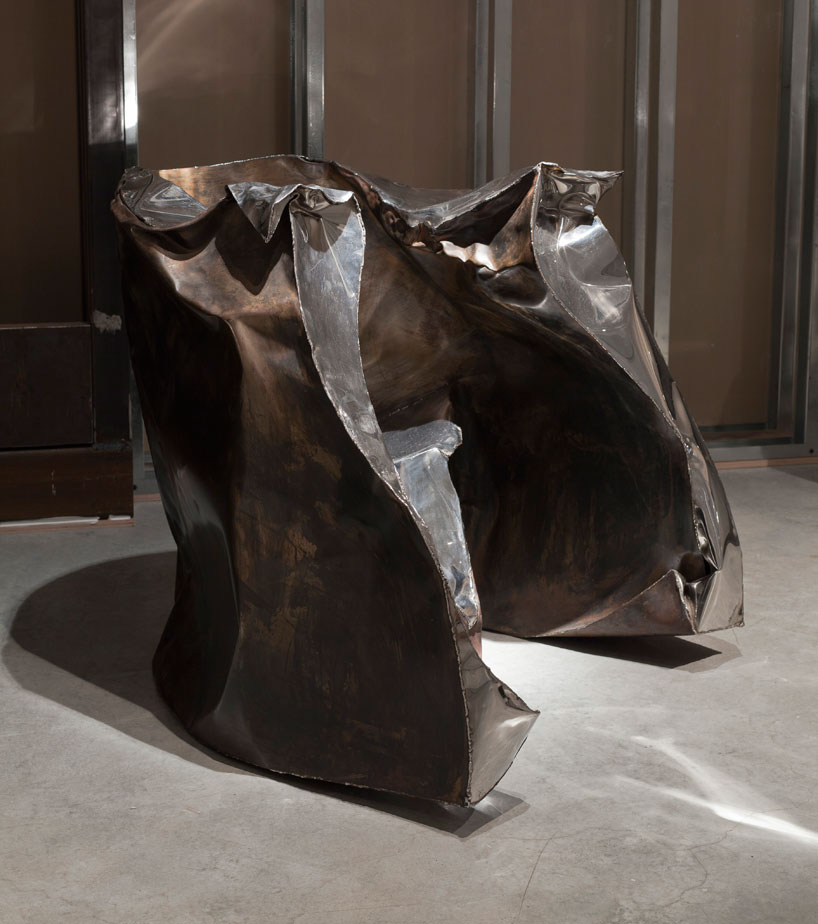 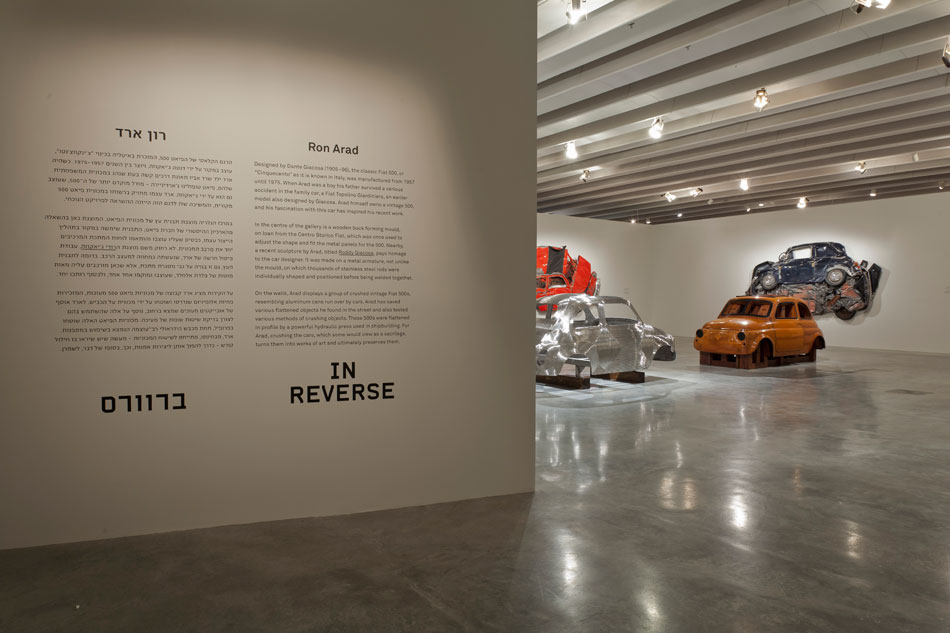 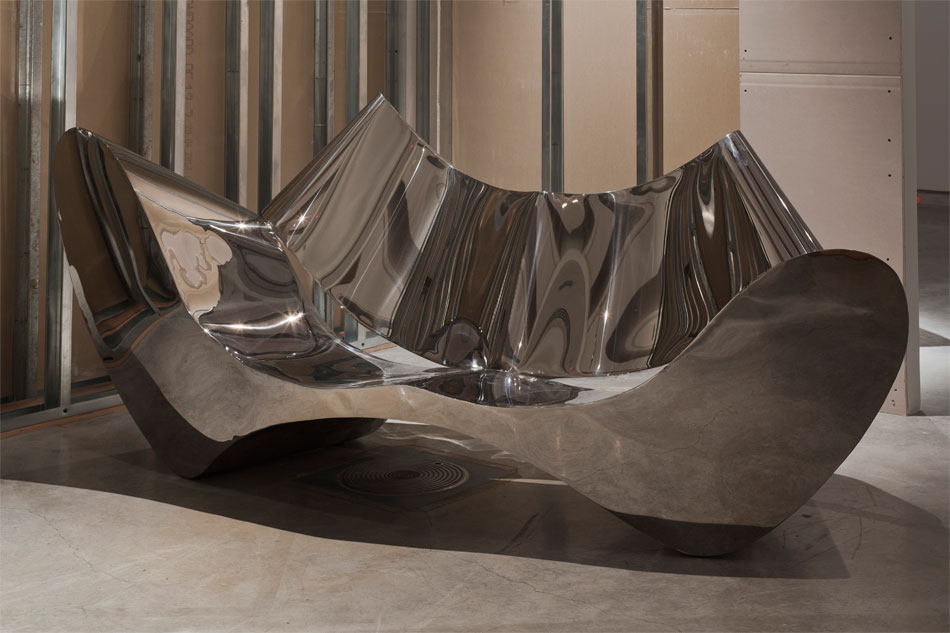 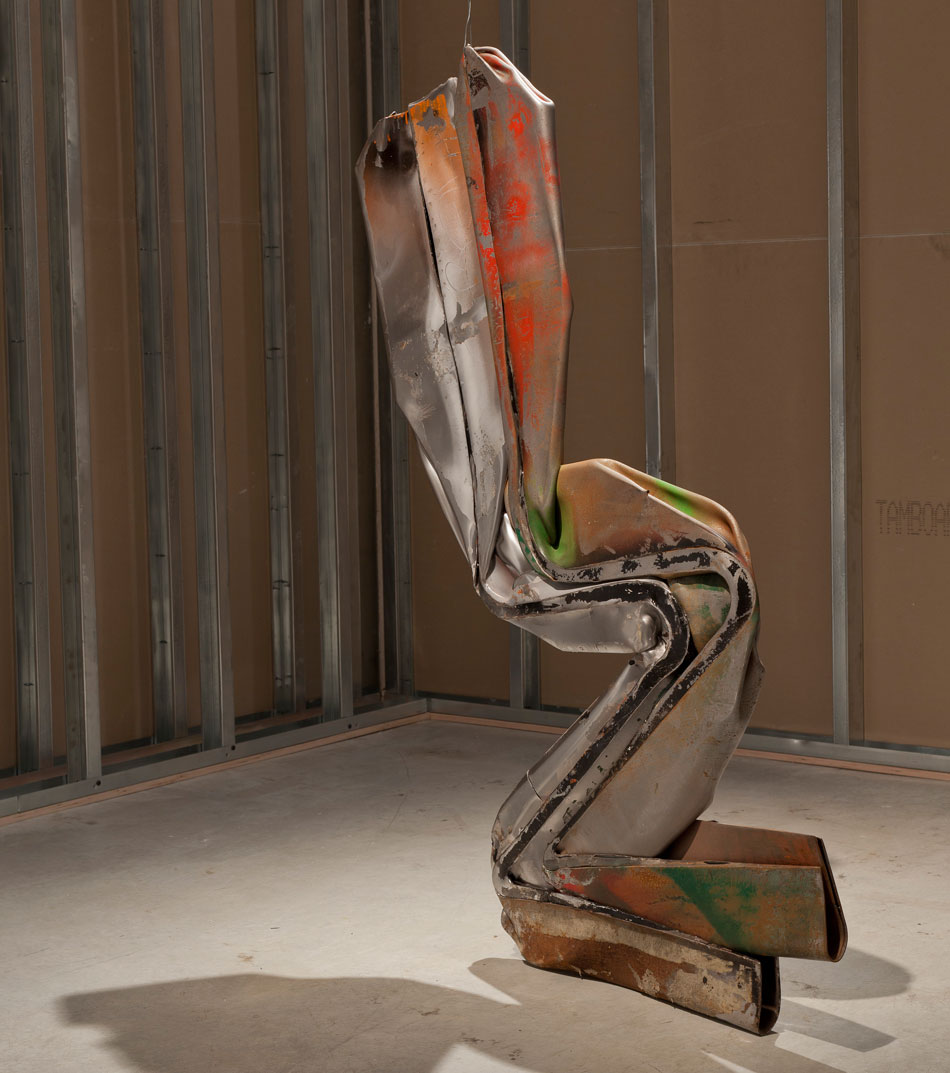 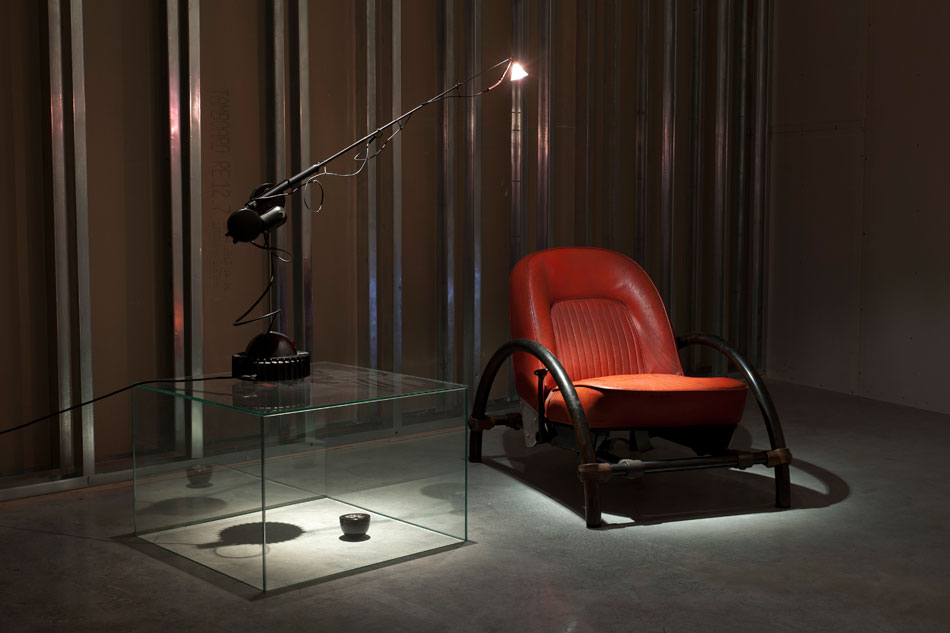 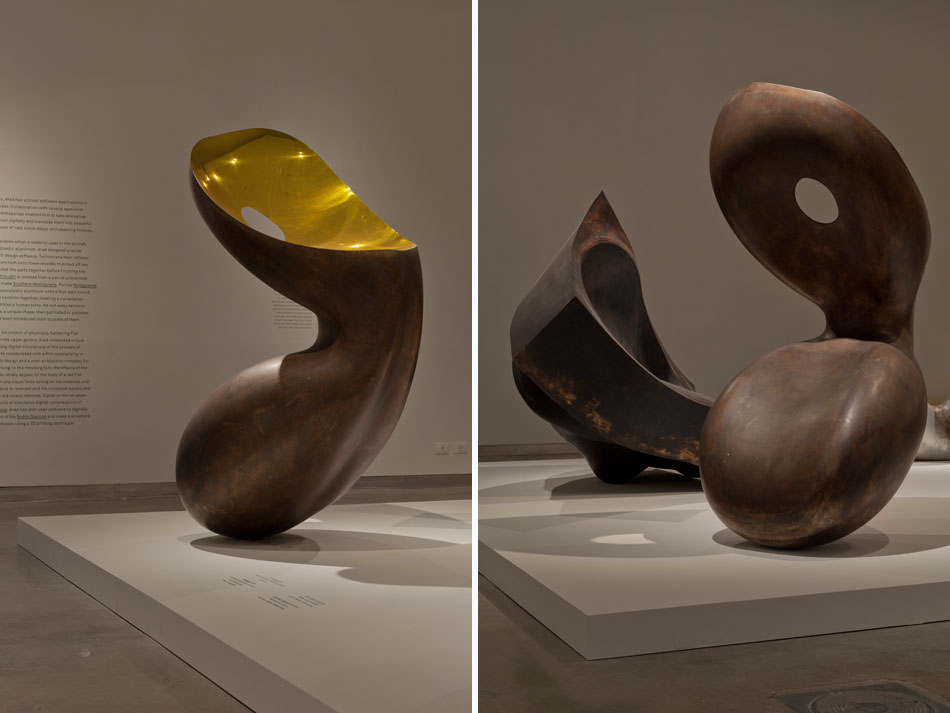 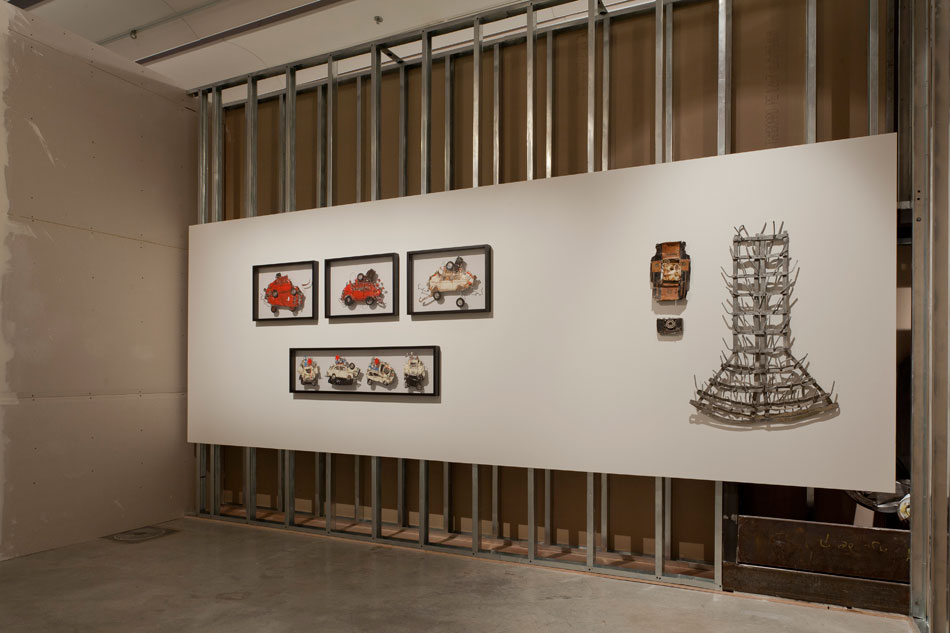 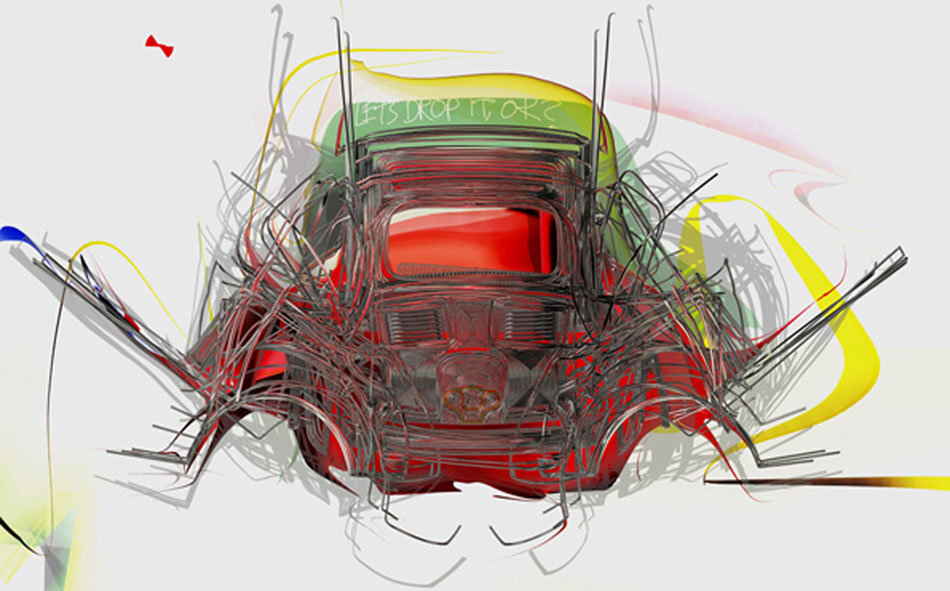 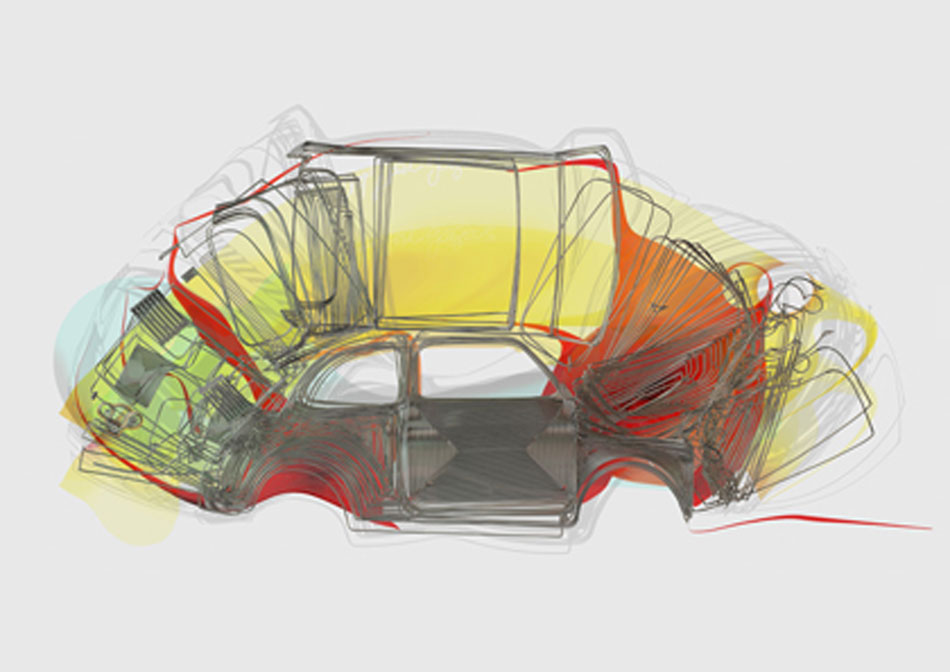 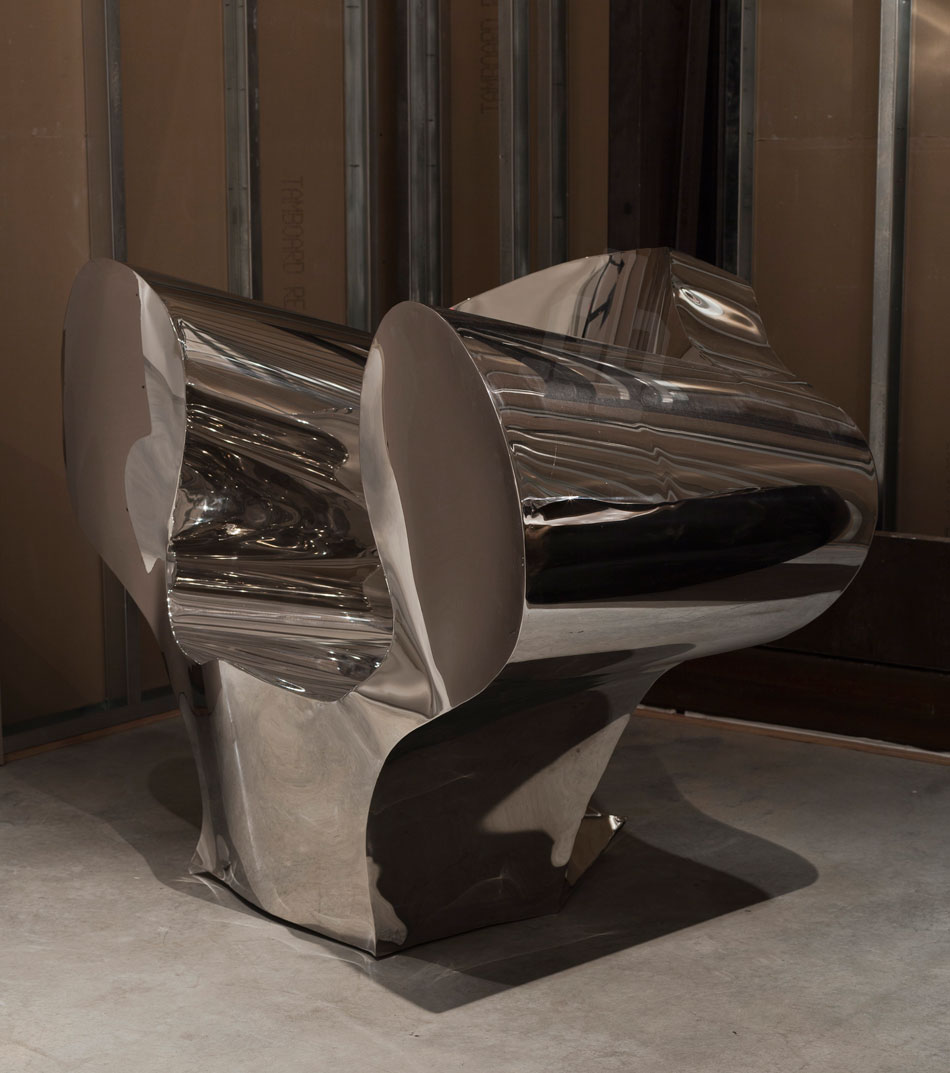 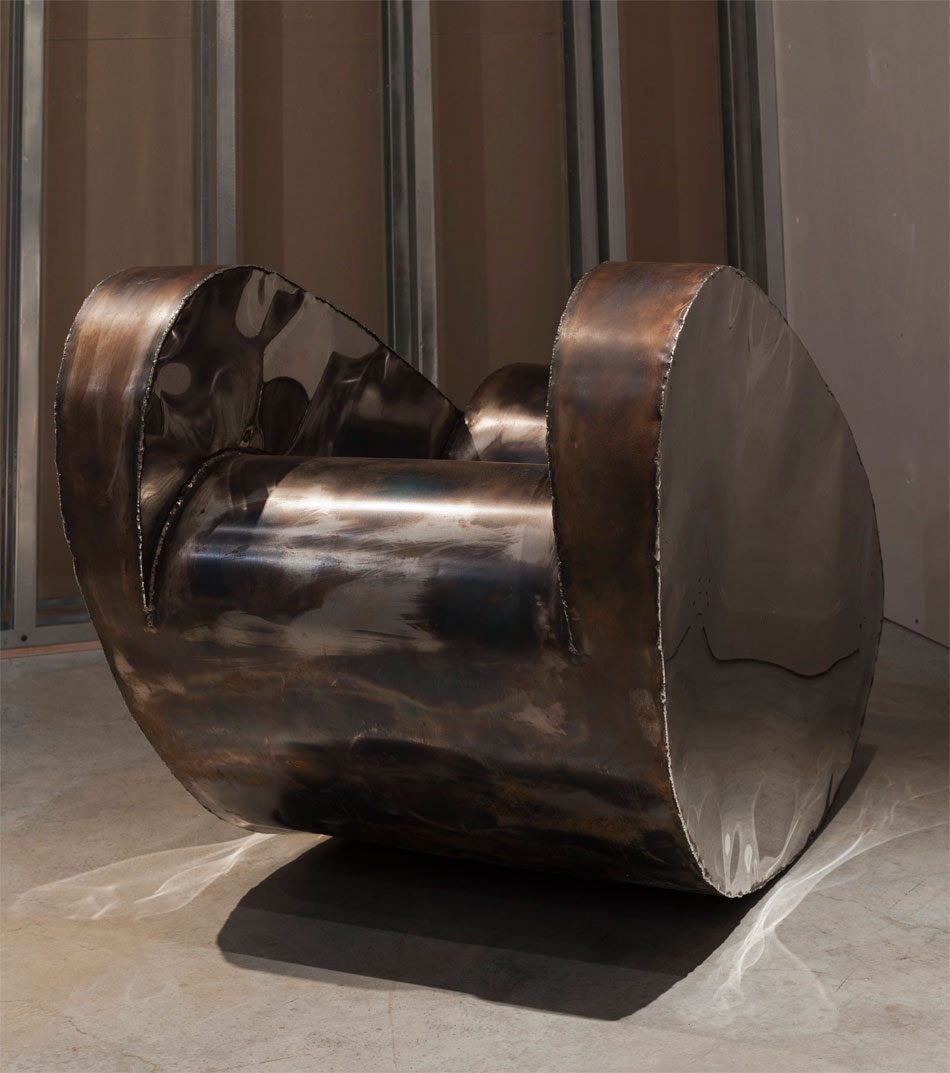 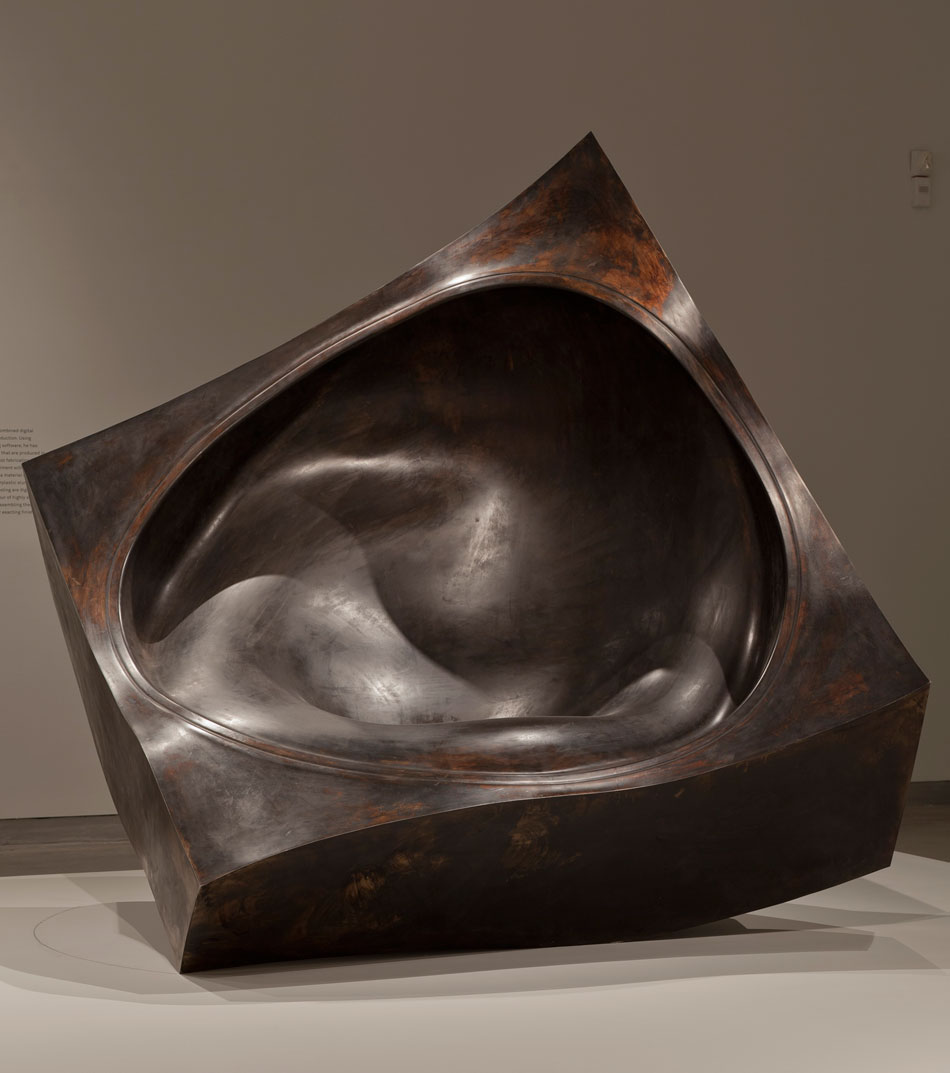