outside the cheongju art centre in korea, ron arad has installed the ‘jikji pavilion’ as part of an exhibition celebrating the world’s first book printed with metal moveable type. an immersive display of architecture, art, design, and digital media explores the impact of printed word since the creation of the document ‘jikji’ in korea in 1377 — 78 years before gutenberg’s bible was printed in germany. 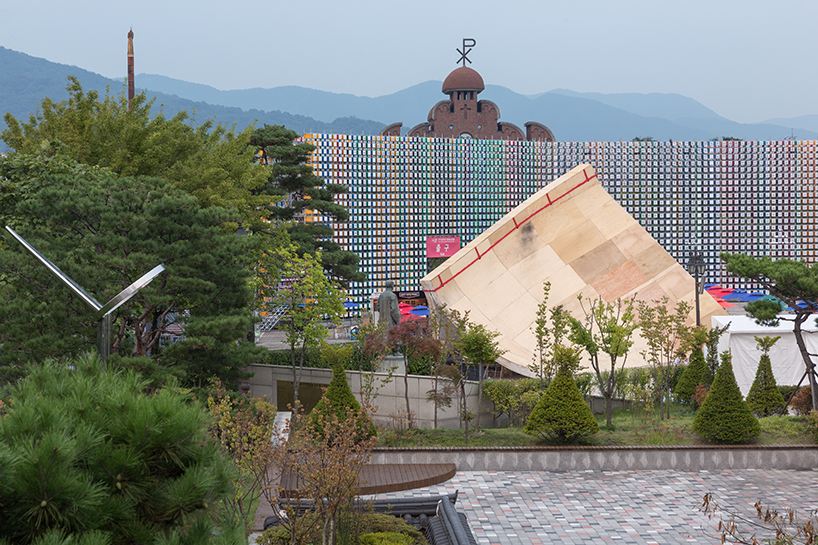 as part of the exhibition curated by stephanie seungmin kim, arad has interpreted ‘jikji’ as an architectural pavilion in the shape of an open book. folded at the binding, where red stitching reaches toward the sky, large ‘sheets’ of paper form a canopy overhead, under which performances and workshops can take place. permanently installed in front of the cheongju art centre, the structure both celebrates korea’s role in the inception of the printed book, and forms a space for locals and visitors to experience creative happenings within the city.

‘the bound book has become so ingrained in our lives,’ arad says, ‘so I have chosen to celebrate it by creating a pavilion that’s like a book that’s been opened and is being pushed down onto a flat surface. the thickness increases where the pages fan out, and the metal binding of the structure is derived from a traditional spine.’ 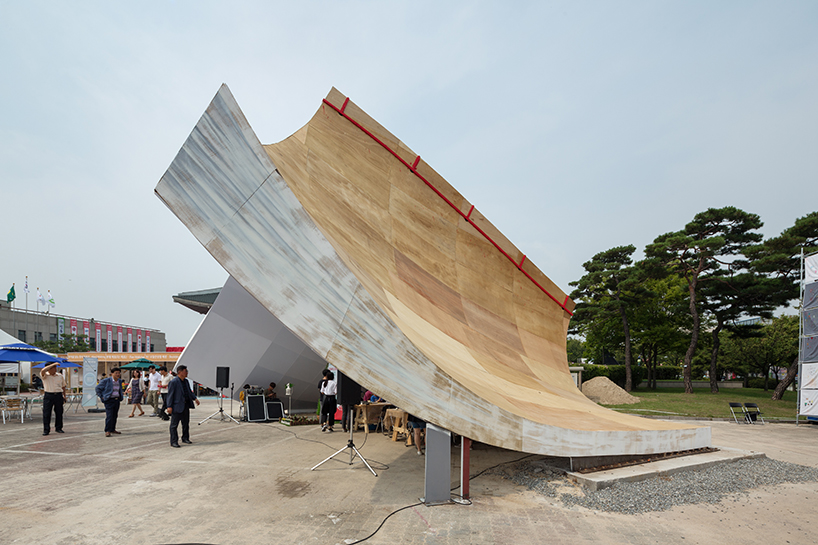 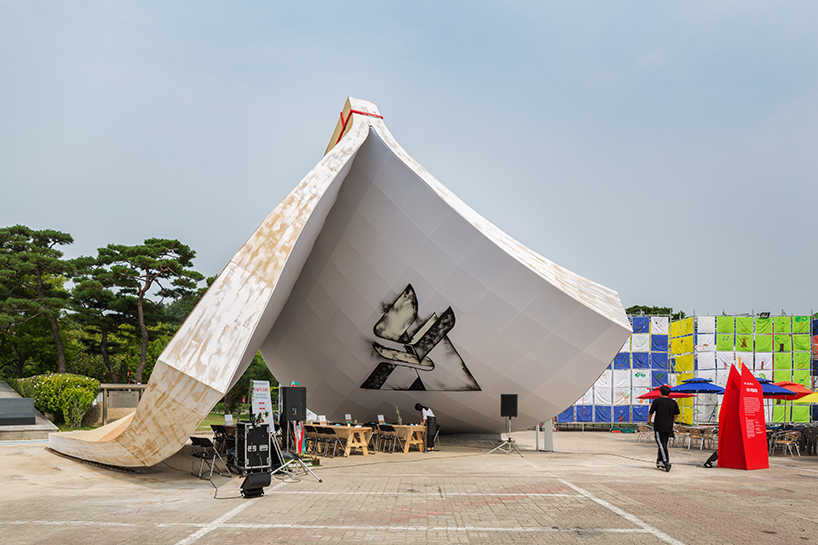 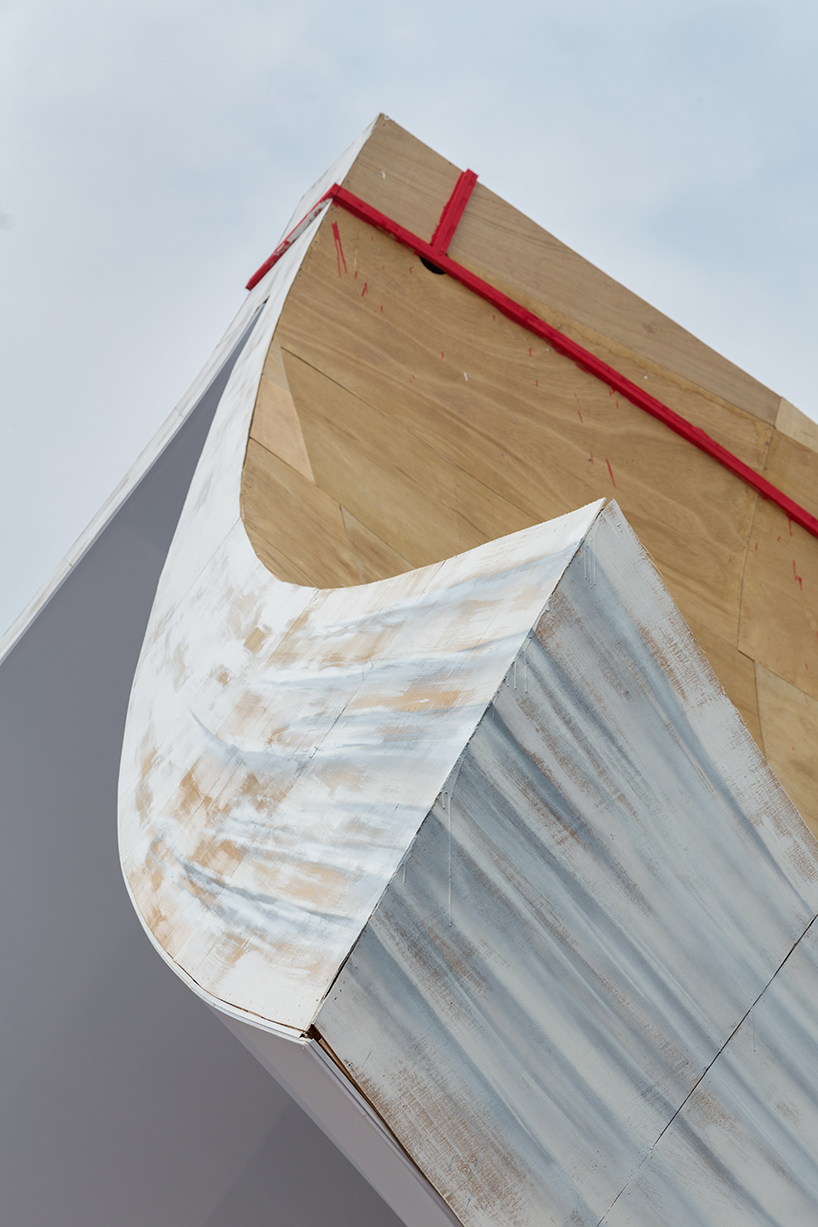 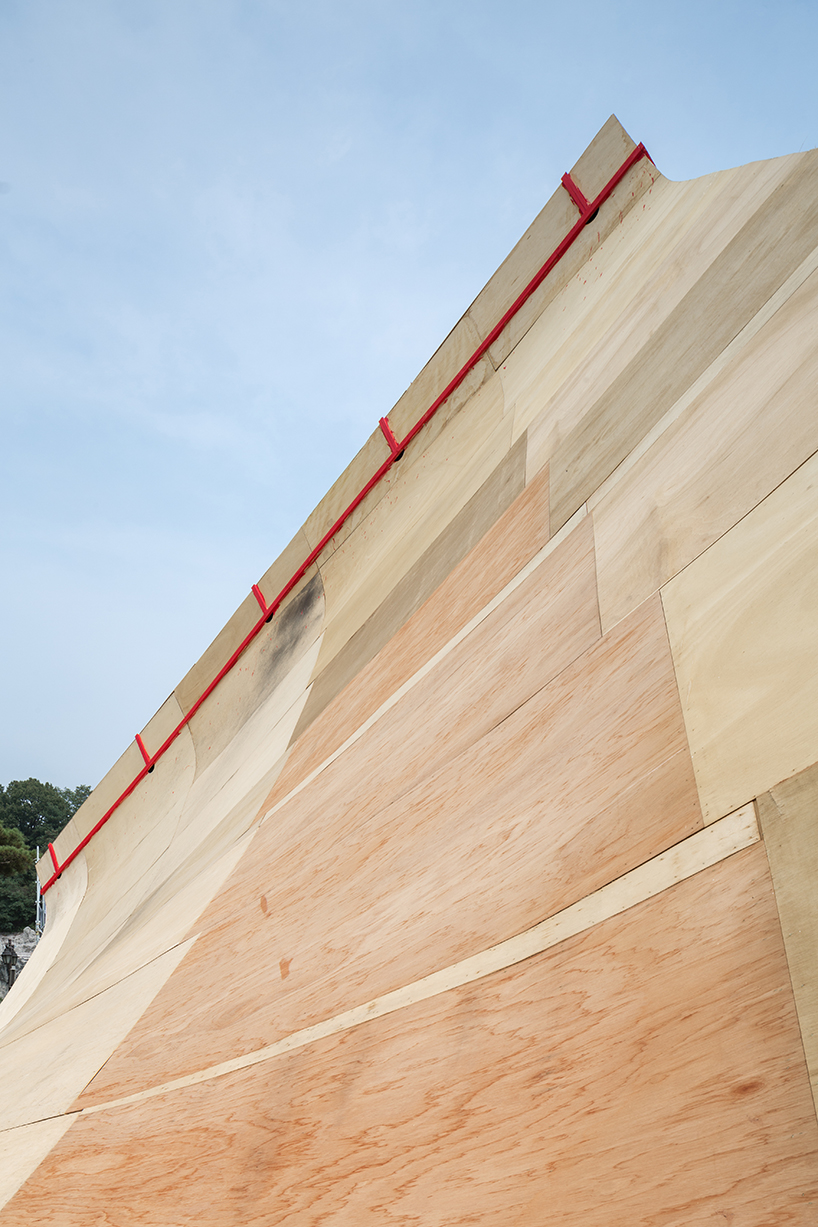 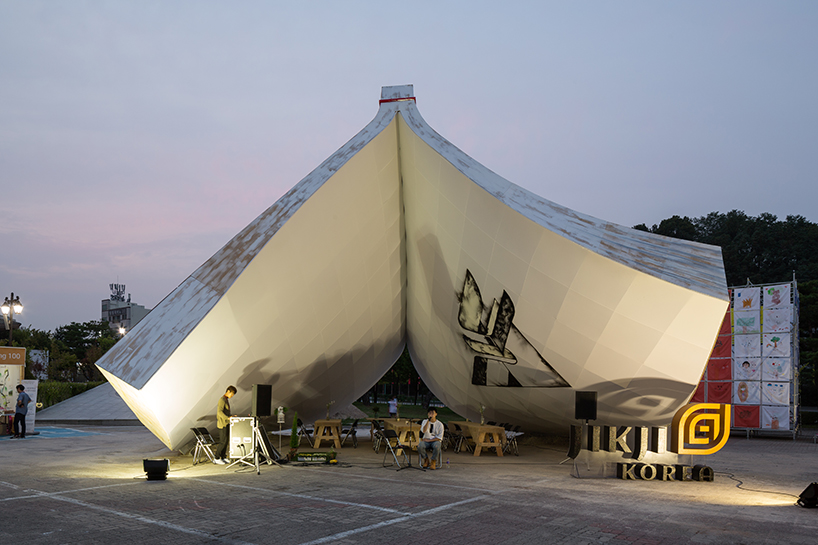 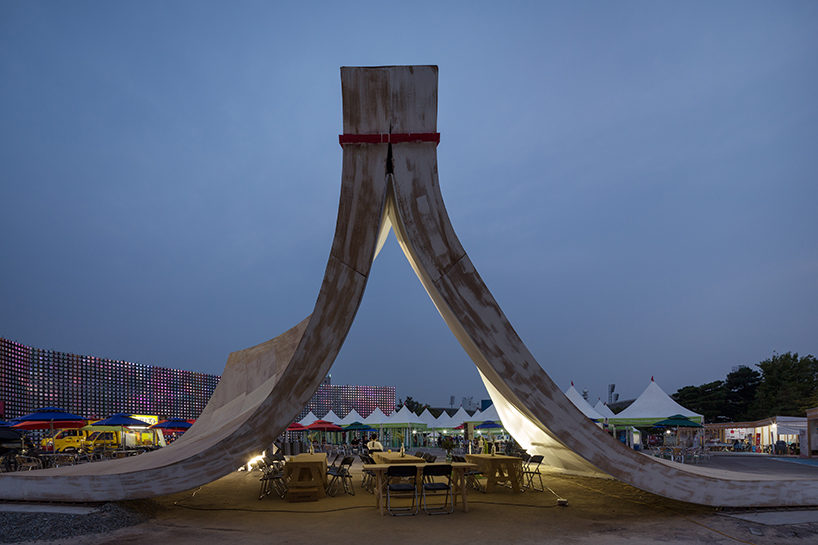 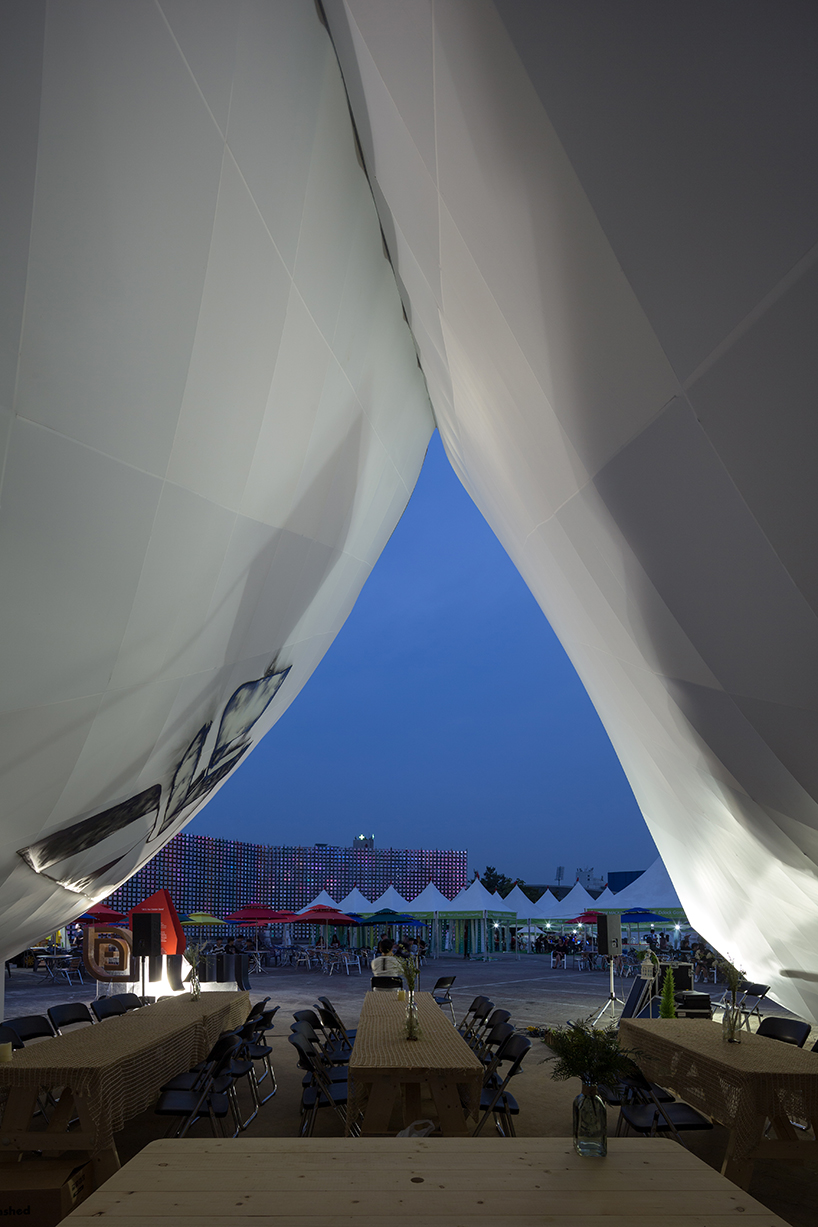 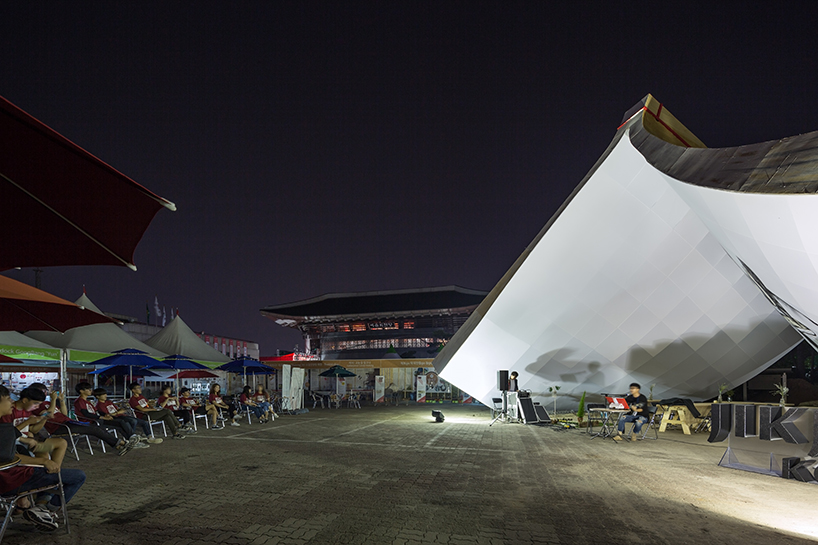 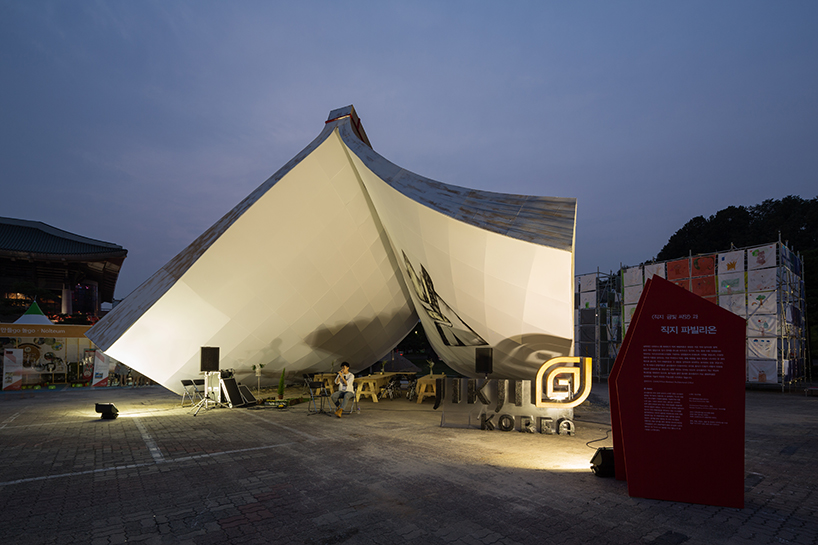 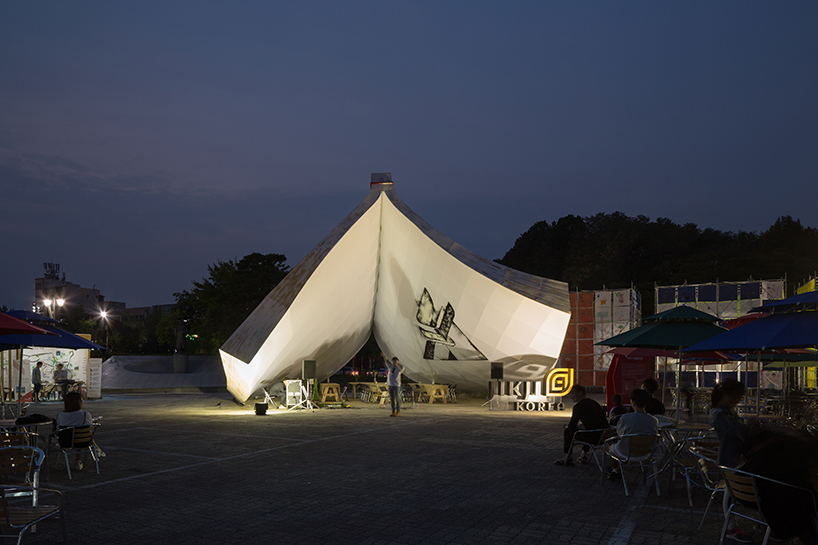 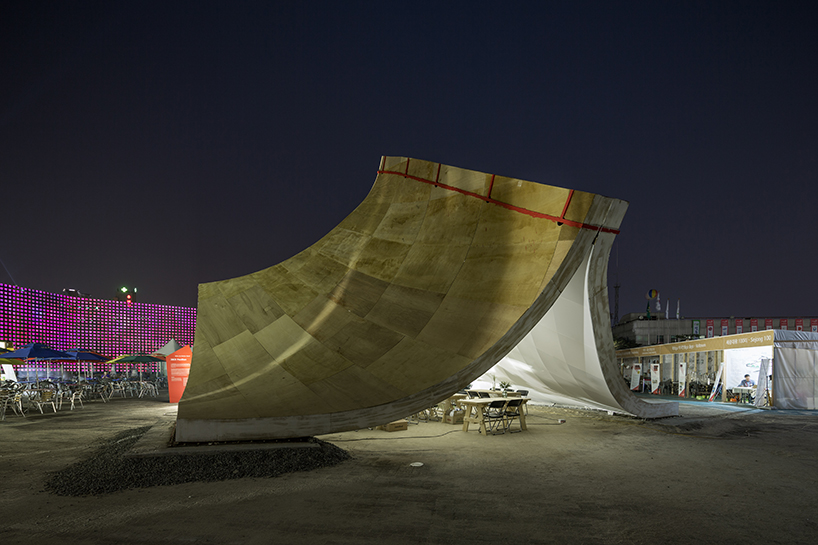 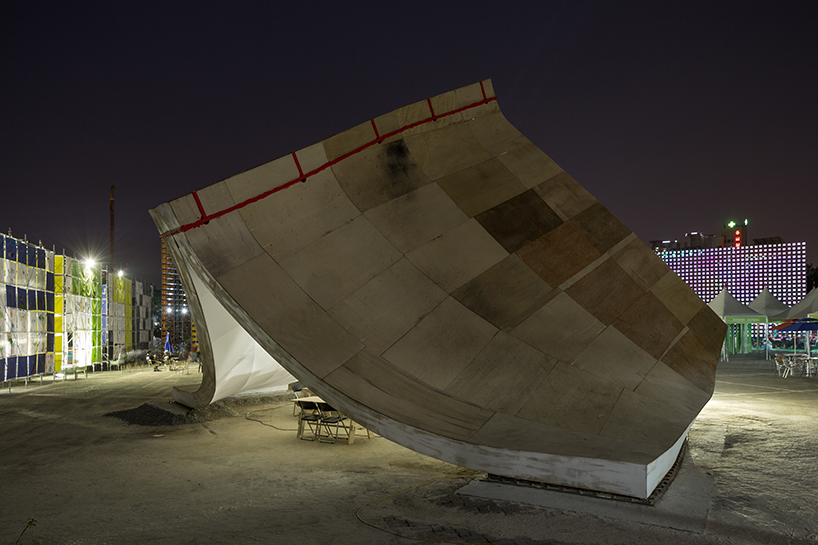