manifactured by japanese leading lighting company yamagiwa the piece is moulded from a single material as a unified white botanical, aquatic organism to softly implant a sense of nature into the spaces we inhabit. 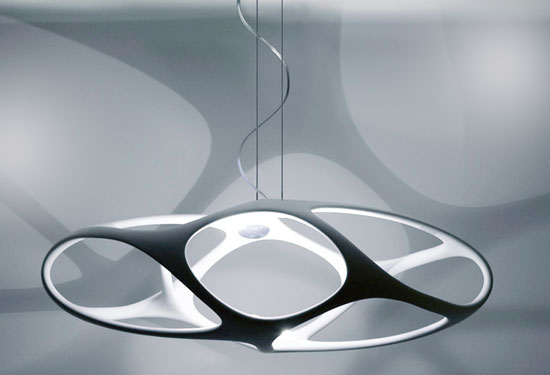 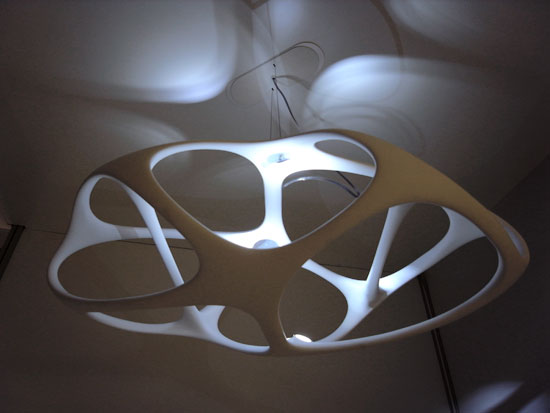 ‘andromeda’ is an artificial structure for capturing artificial light. emerging from the concept of ‘netification’ or –  the reduction of physical mass through selective perforation across a pre-defined form – the concept floats more as a diatomic sea creature in the free ocean of space. it floats in a state of apparent anti gravity, capturing its light within to graphically delineate a structural net as a soft external shadow of itself. 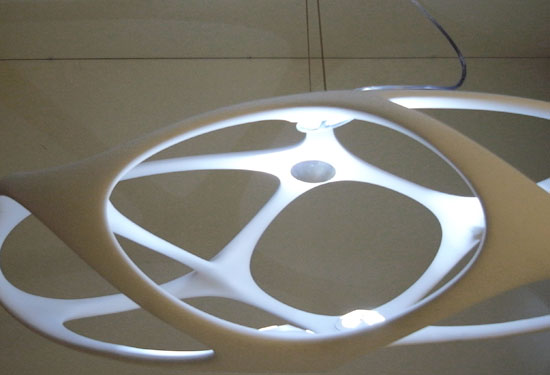 the light that is emitted from its LED clusters is reflected back into itself via mirrors orientated to maximise their output and to freely distribute a very pure light. it becomes the source of ambient light within a room, vesting gentle forms like large roots onto adjacent surfaces to form extended relationships onto and into architectural dimensions. 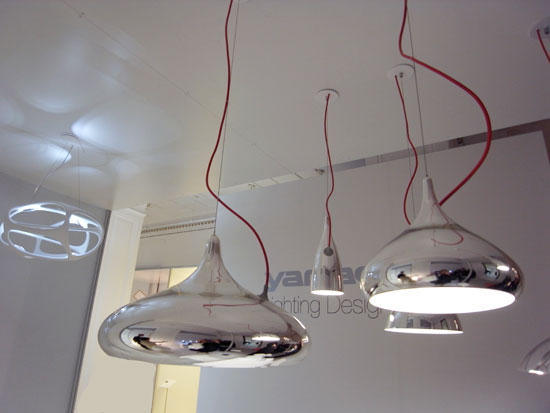 ‘rorrim’ or mirror, mirrored is a sequence of hanging light modules of subtle but different typological dimensions. as the name states they are mirrored forms created from a highly intensive glass sculpting process originating from the scientific glass industry. their apparent simplicity belies skills that require more than one hour to form each base prior to finishing and the deposition of the mirror coating. they are in a state of suspension rather than being suspended. mercurial elements that retain the dignity of classical light forms with their cut off horizontal plains. throughout the project the design approach has remained in a state of ongoing evolution in order to respect the process and yet react to the flexibility of the craft. 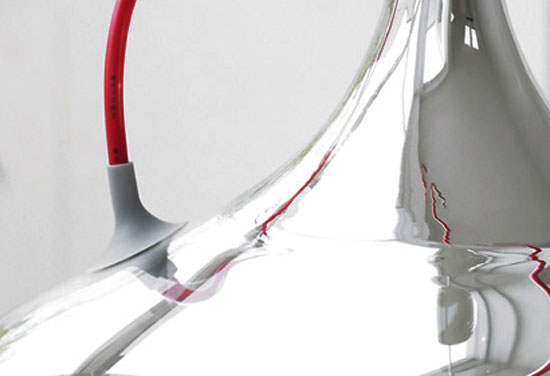 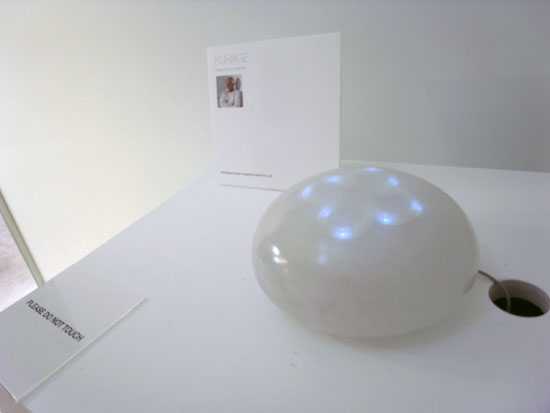 new life forms that have emerged from the natural properties inherent in hydrodynamic droplets. embedded with  LEDs and reflectors, jellyfish are tactile, interactive ambient lights that recharge to live freely as drops of light around intimate interior spaces. 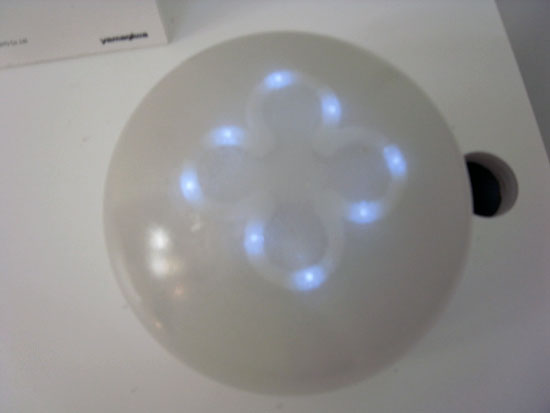 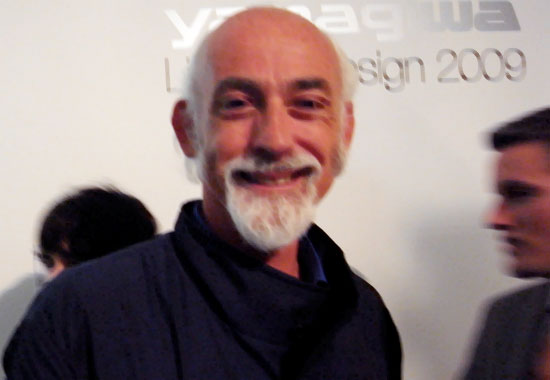