designed by ross lovegrove, the ‘chlorophilia’ light for artemide, is a highly scenic, yet thin suspension appliance that, when switched on, exposes a contrast of delicate shades interacting with space. expressed through his signature organic and fluid form, its central body emits indirect light that is filtered and refracted by three, clear and leaf-shaped surfaces. it contains a LED COB that acts as a heatsink, as well as phytomorphic elements made from molded PMMA, that work as an optical lens through its gently wavy texture and stepped section. divided into three components, they are arranged in a sunburst display and are partly overlapped to multiply the shadow contrast. showcased at the 2015 milan design week, the generated ceiling pattern can be multiplied by applying additional items. 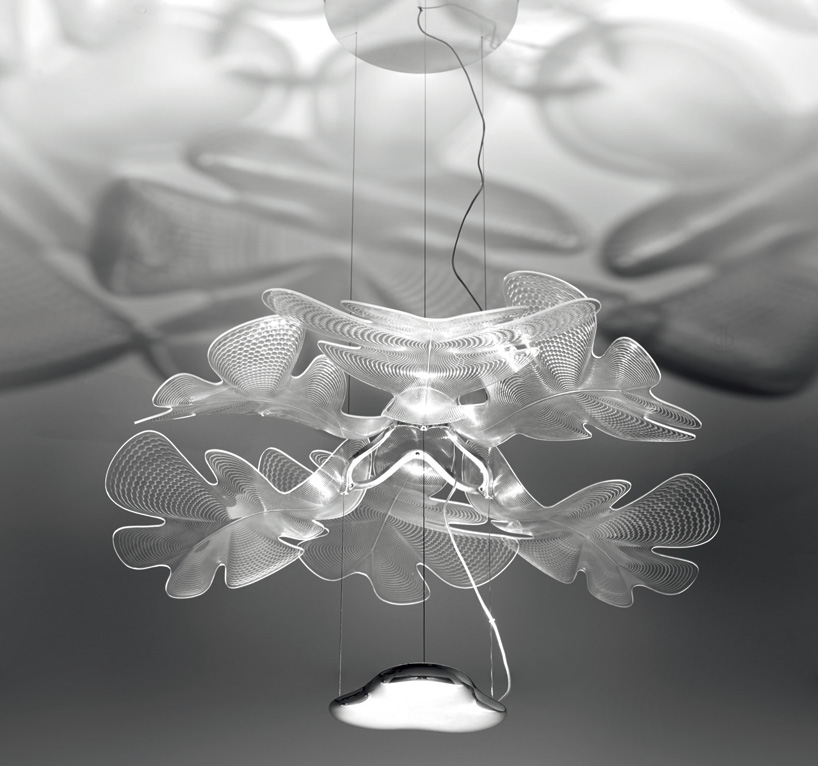 it is a highly scenic, yet lightweight suspension appliance 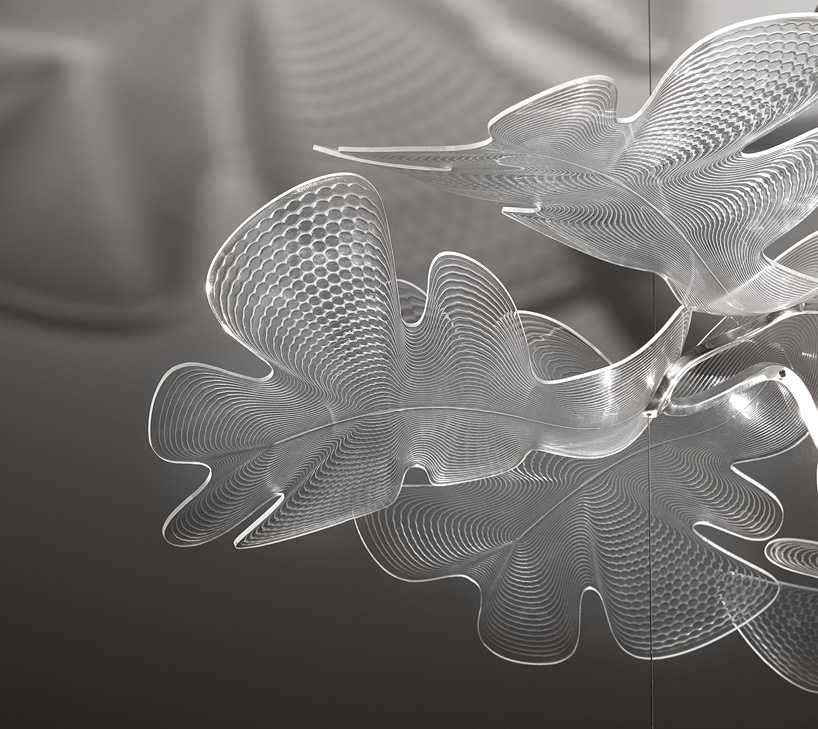 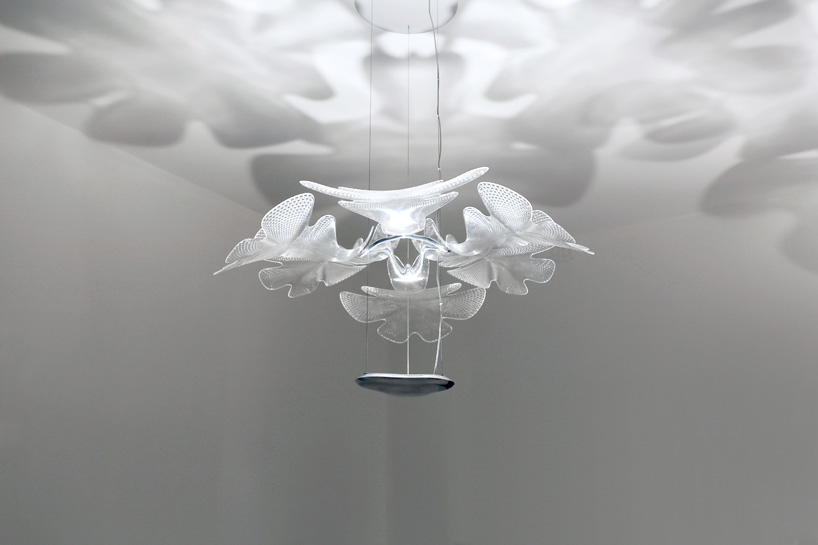 the overlapping elements act as an optic lens, creating delicate shadows that interact with the space
image © designboom 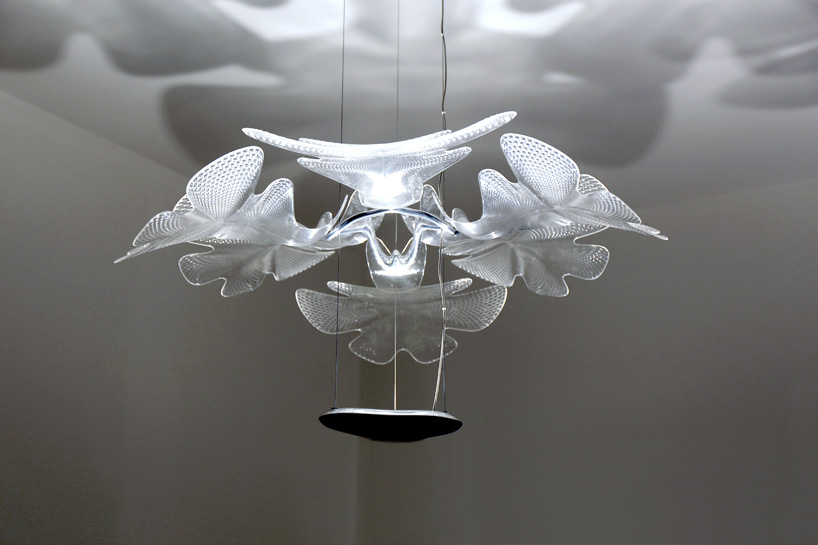 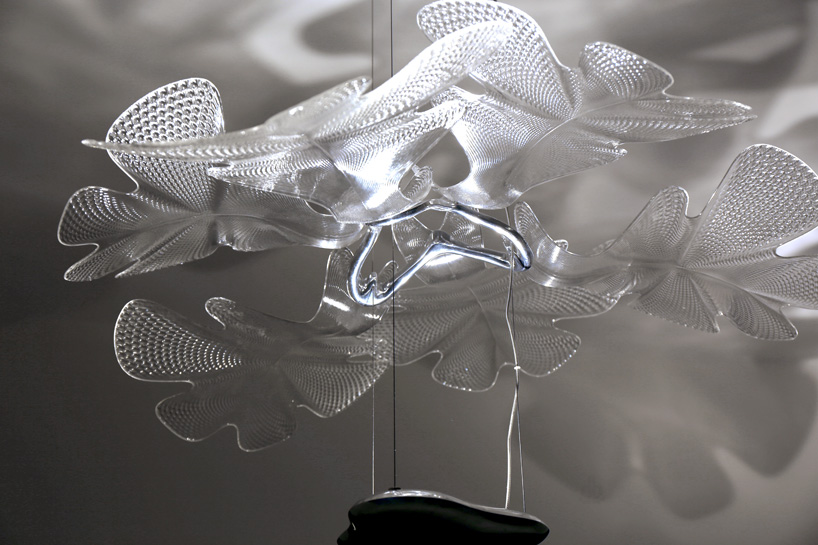 the chlorophilia light for artemide, was on display at the 2015 milan design week
image © designboom