the sculpture unites solar panels and LED lighting units in a piece of urban furniture modeled on natural forms. the london installation is composed of 20 ‘stems’, leading to six leaf-like solar panels, four large lights, and 10 ‘grass stalks’, each also capped with an LED.

‘solar tree’ can function completely independently for up to three days, or alternatively work on the grid to feed back excess energy. its behaviour is controlled via an embedded AI system that automatically switches the LED lights on at night, balancing the light intensity dependent on the batteries’ energy level and the environmental light conditions.

designboom covered ‘solar tree’ in advance of its first exhibition in 2007. the london installation of ‘solar tree’ will remain in st. john’s square throughout the olympic and paralympic games, until late september 2012. 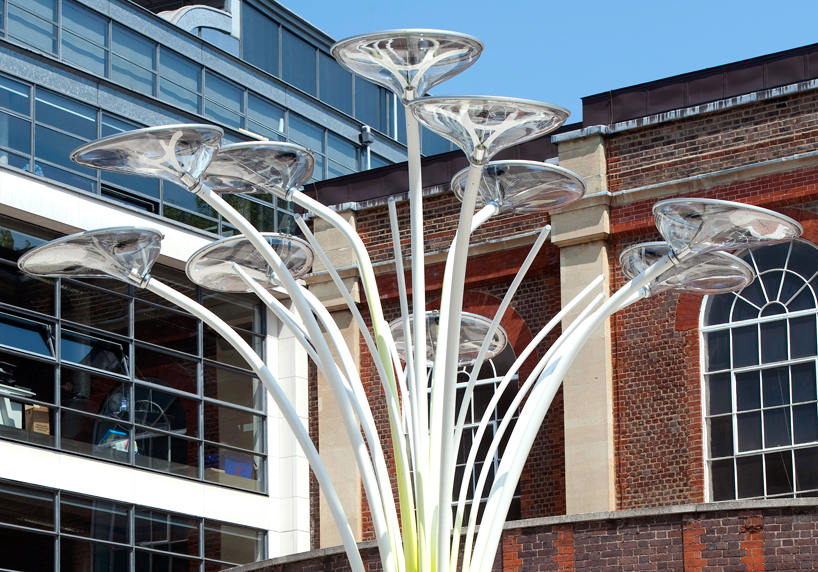 ‘the ‘solar trees’ communicate more than light… they communicate the trust of placing beautifully made, complex natural forms outside for the benefit of all. they bring nature to the grayness of urban environments and optimistically lift our senses towards the future and how the physicality of all the objects that surround us will inevitably change, either through need,though enlightenment or simply just the celebration of new form in industrial art that complements the new quest for biological forms in architecture.’ – ross lovegrove studio 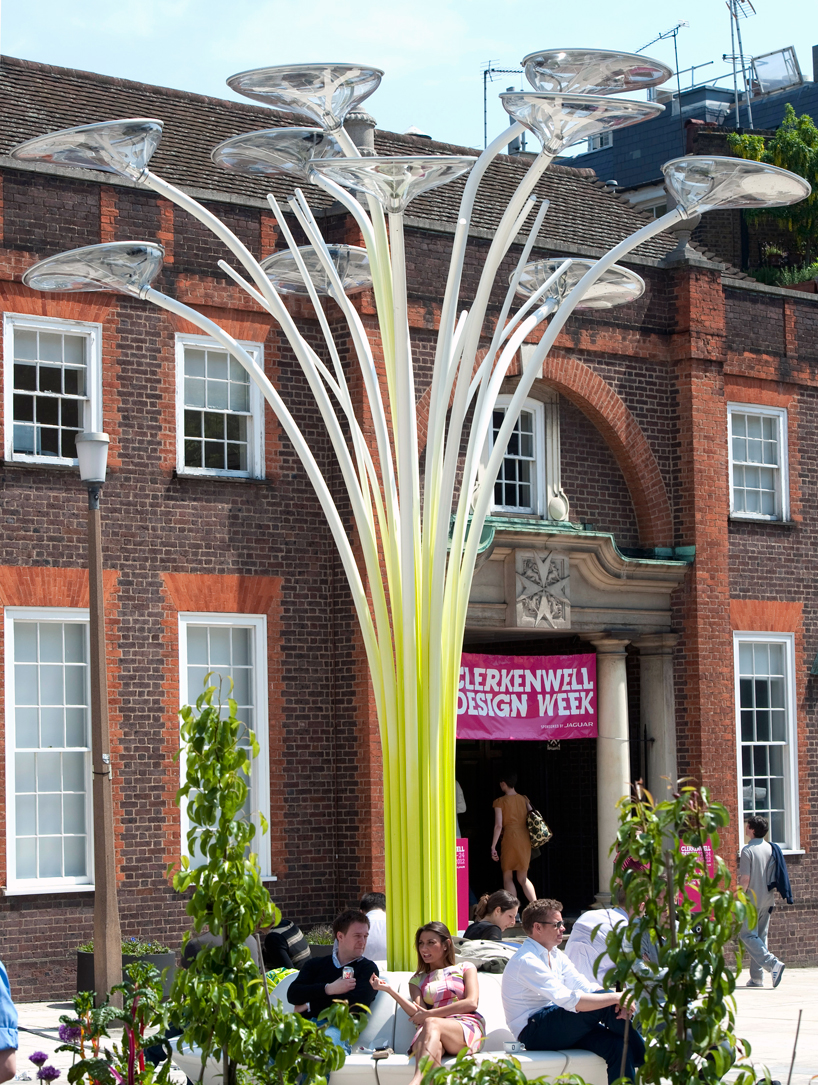 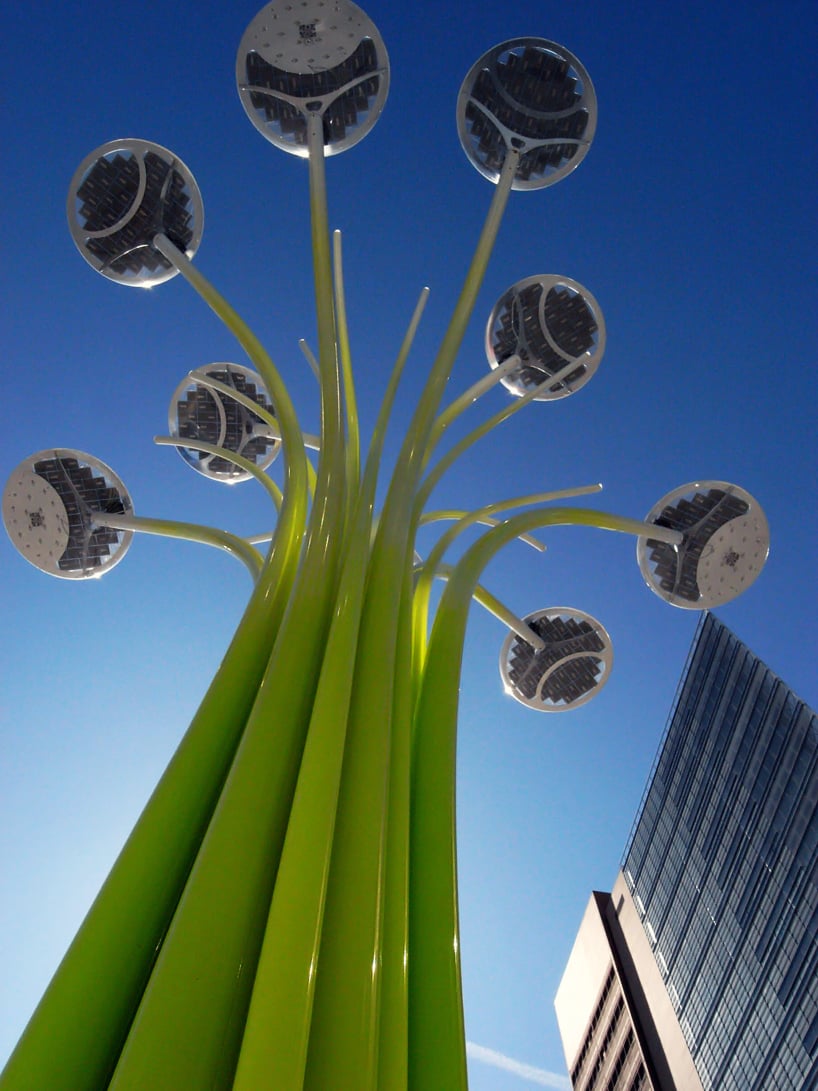 looking up from ground level 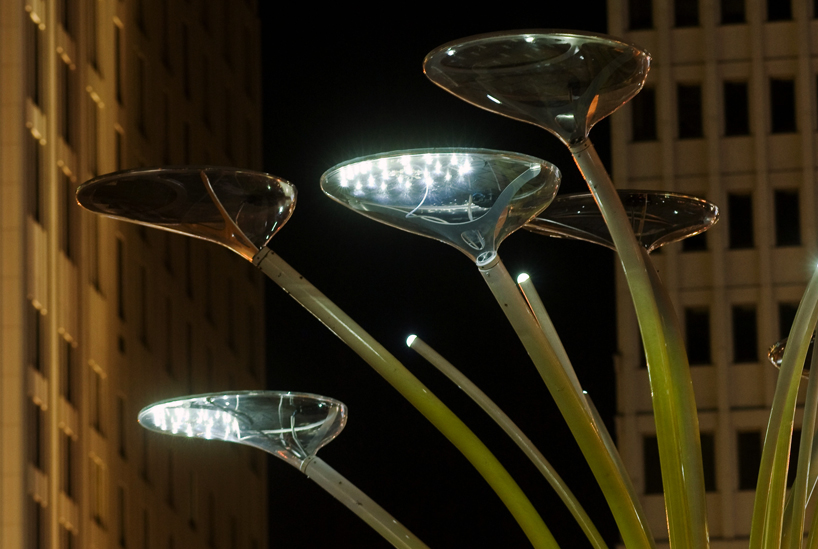 at nighttime, the lamps use stored solar energy to glow