‘UFO’ by ross lovegrove for lille3000 all photos by simona cupoli

a large unidentified flying object hovers over the lille, france railway station platform, on the verge of making a landing… conceived with terrestrial materials by ross lovegrove, ‘UFO’ is the result of the british designer’s desire to create a pure and pristine form that rejects the boundaries between art and design, technology and science, spirituality and physics, nature and religion. the large metal space craft, adorned by lights which mark the perimeter of the design, has been developed for lille3000 – the festival which investigates new technologies and concepts for application in the creative fields of design and art – as part of their ‘fantastic 2012’ program (the ‘UFO’ is on show until january 13th, 2013) in which visitors are faced with the supernatural and sublime reality whereby the distortion of time and space is imminent.

the influences which drove lovegrove to this form came from the blurry images and obscure film footage available that document elements that are ‘out of this world’, along with interviews of area 51 scientists who were assigned to analyze propulsion systems and materials man has not been previously aware of. the installation of ‘UFO’ within this transportation hub alludes to the mystery which is present in the discourse between imagination and reality, a sort of conspiracy, where perhaps ‘one day, there will be a clear visitation to experience in the clear light of day, the wonders that we are all being slowly primed for,‘ says lovegrove. 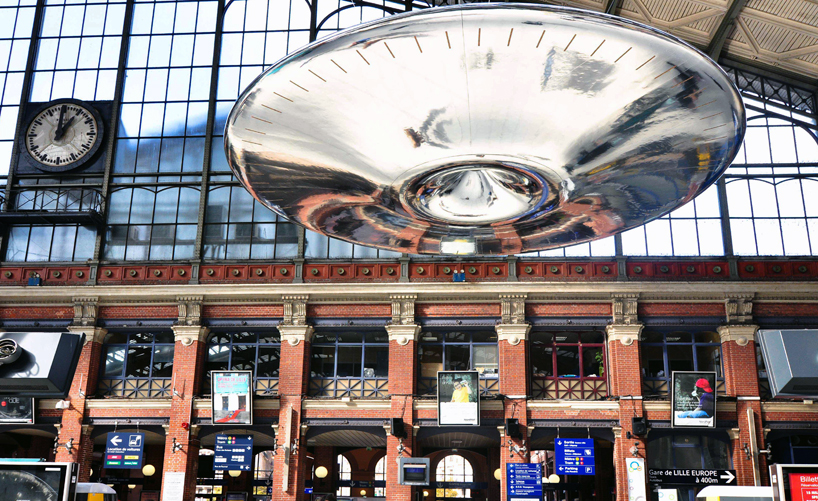 the spaceship hovers over the platform at the railway station in lille, france 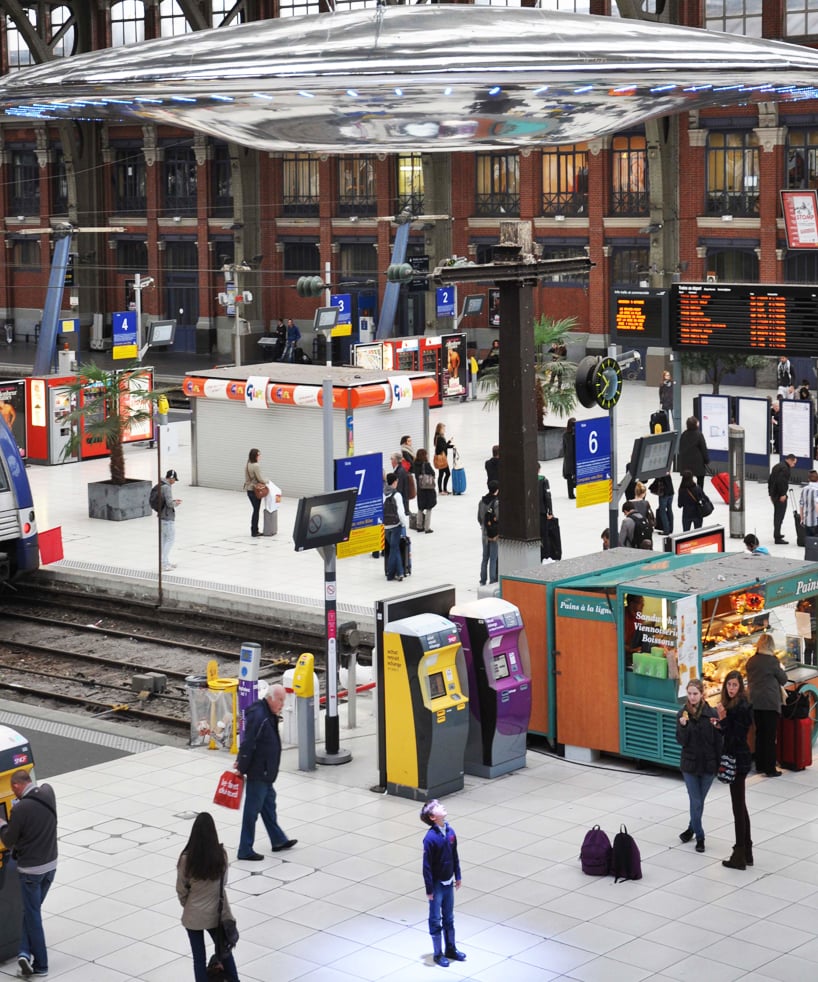 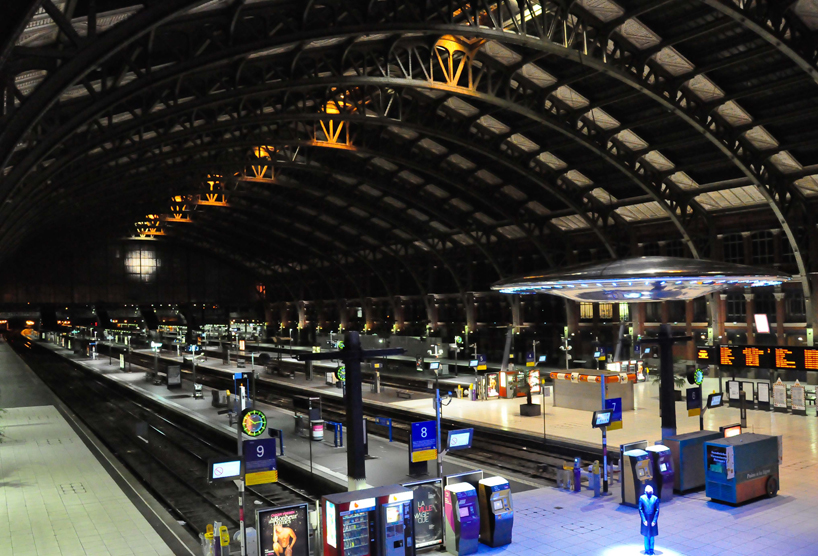 installation view of ‘UFO’ by night 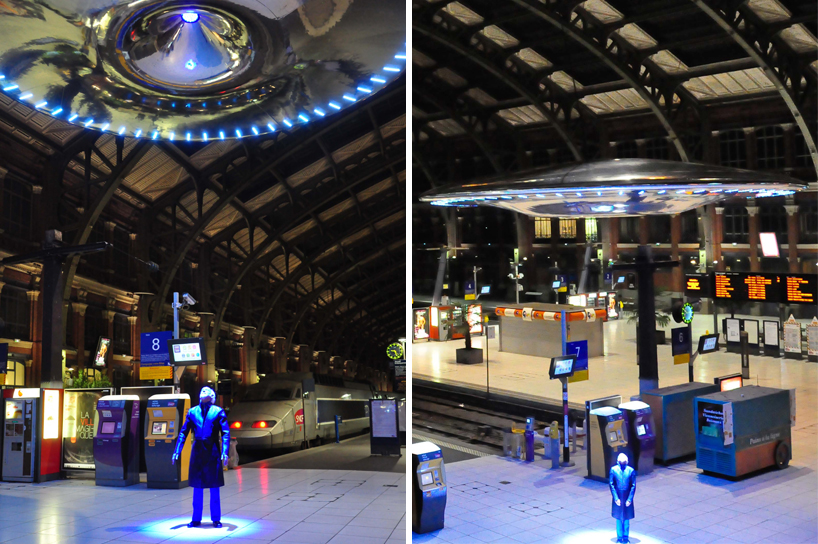 ‘UFO’ is the result of the lovegrove’s desire to create a pure and pristine form that rejects the boundaries between art and design, technology and science 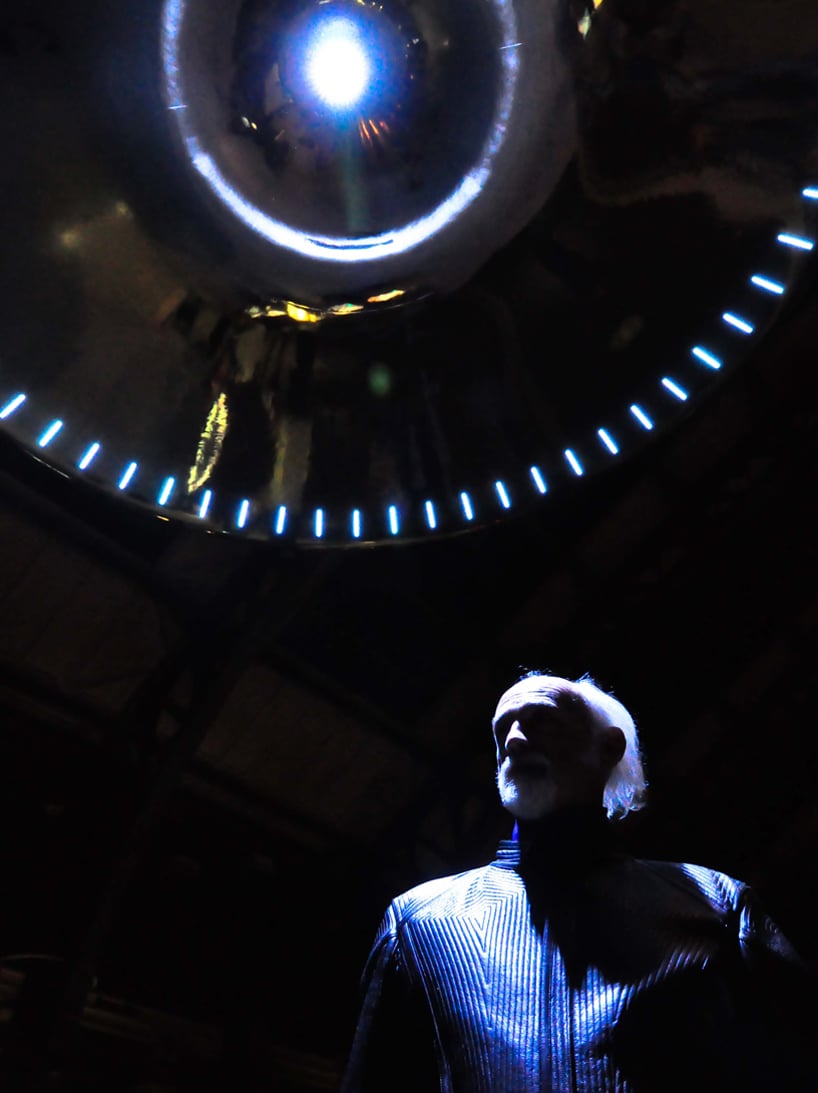