a house in a moshav, israel — originally built in 1951 for a jewish immigrant family from libya — has been reimagined by porat-based interior designer and architect rotem guy. the existing structure was a tiny unit, typical of the residences built in those years. as the family living there grew, the house was enlarged to suit their needs. in its renovation process, guy preserved the abode’s central elements, which embodied it throughout the years and became an integral part of its form and content. the weaving of new content accommodates the for its new lodgers – a cook and a designer. 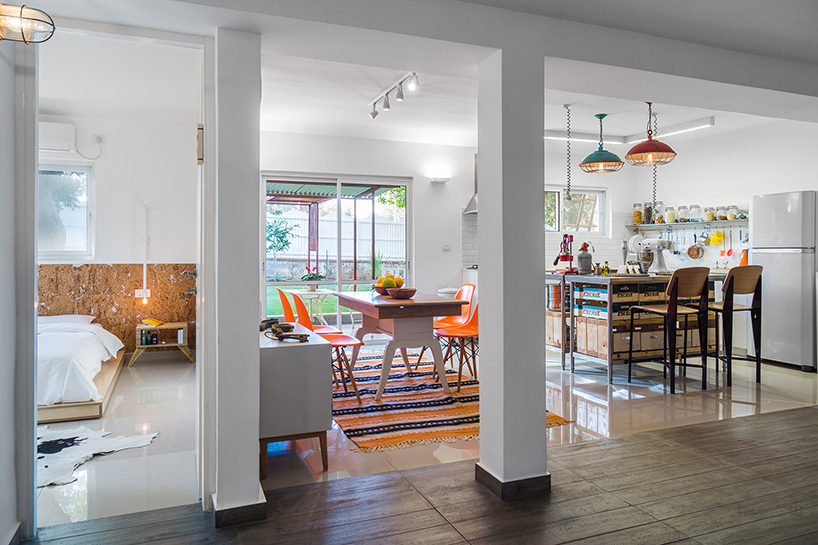 exposed walls and a ceiling created a unique visual quality which leads to a clear distinction throughout the house. the oldest part, which belonged to the first unit, contains the kitchen, dining area and bedroom. the room at the entrance, which was a later addition, is now singled out by a ‘carpet’ of grey floor tiles. on the other end of the home, wooden roof beams and old book-shelves belonging to the original house have been exposed and preserved — important cores of the original dwelling’s design. 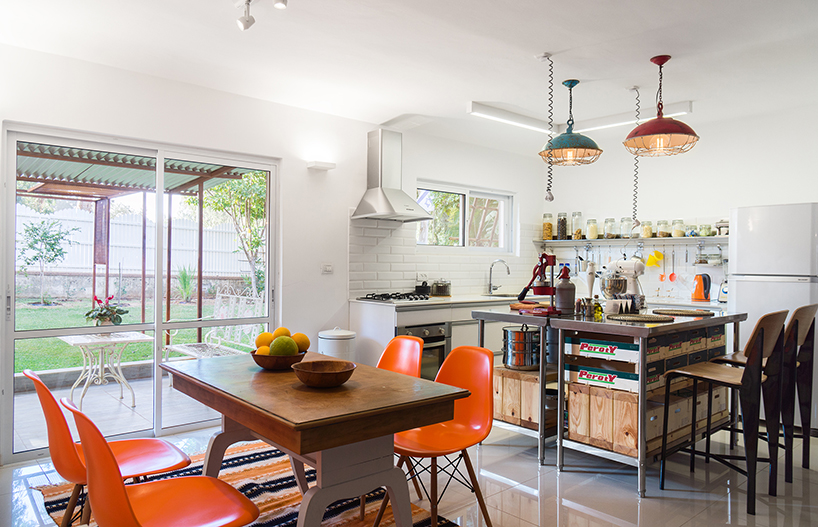 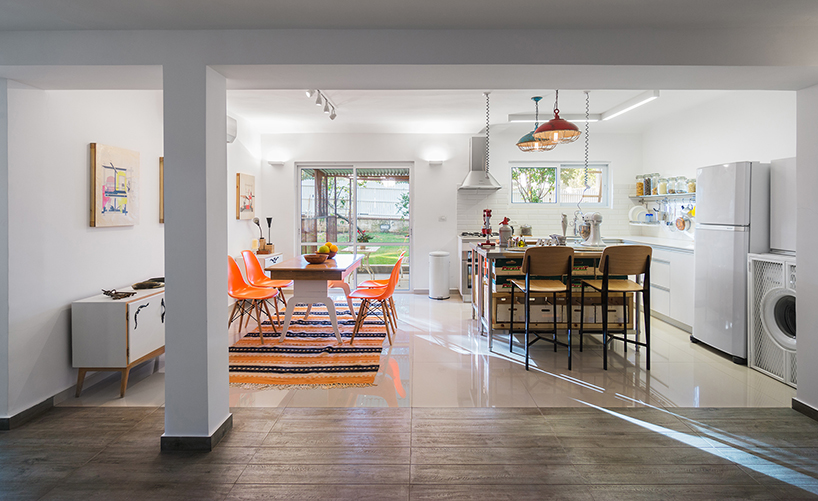 view from the living room 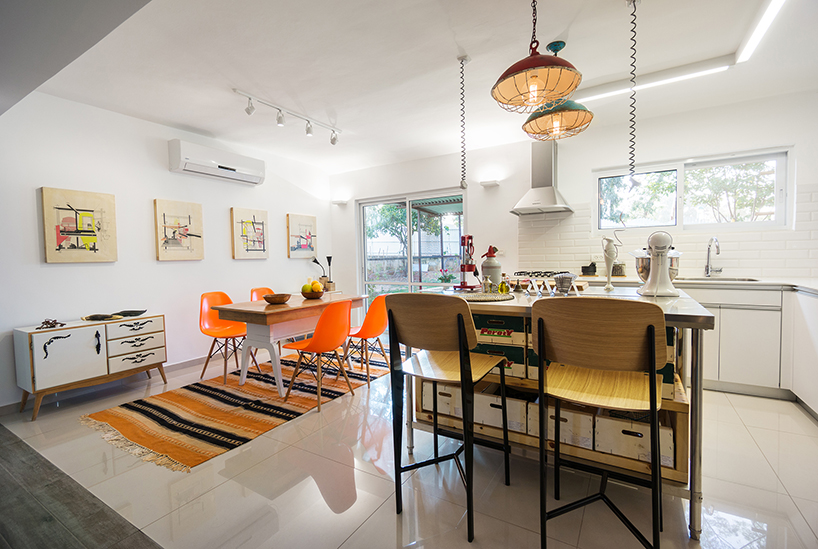 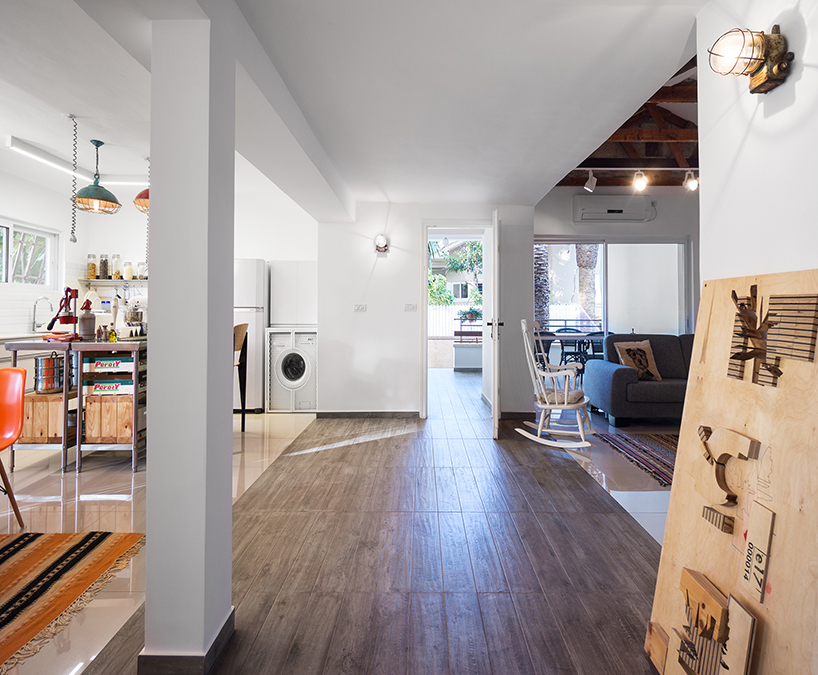 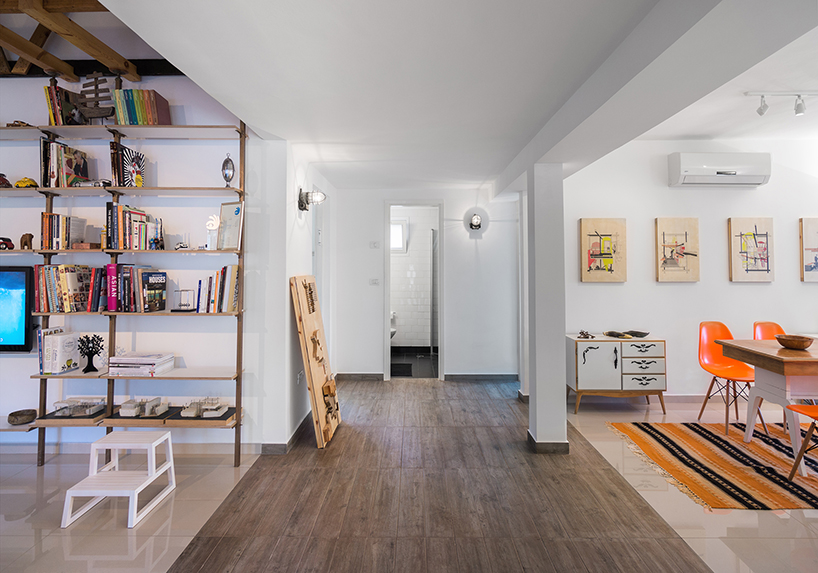 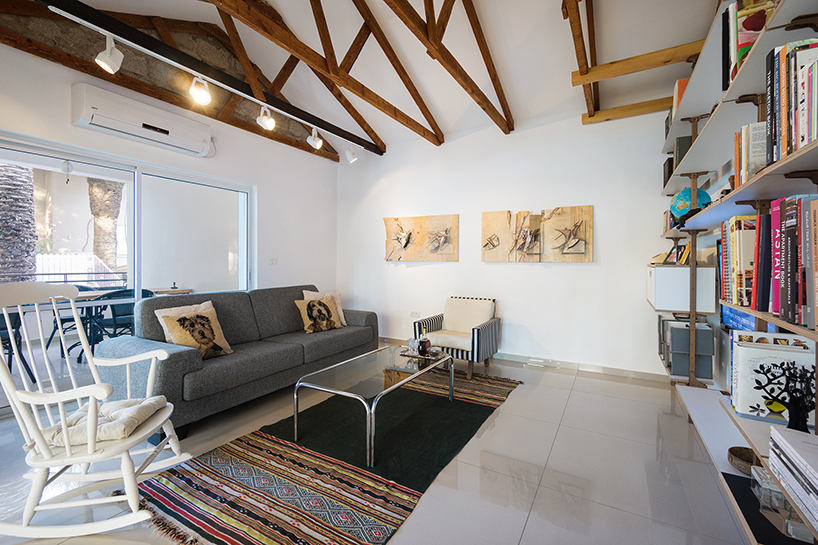 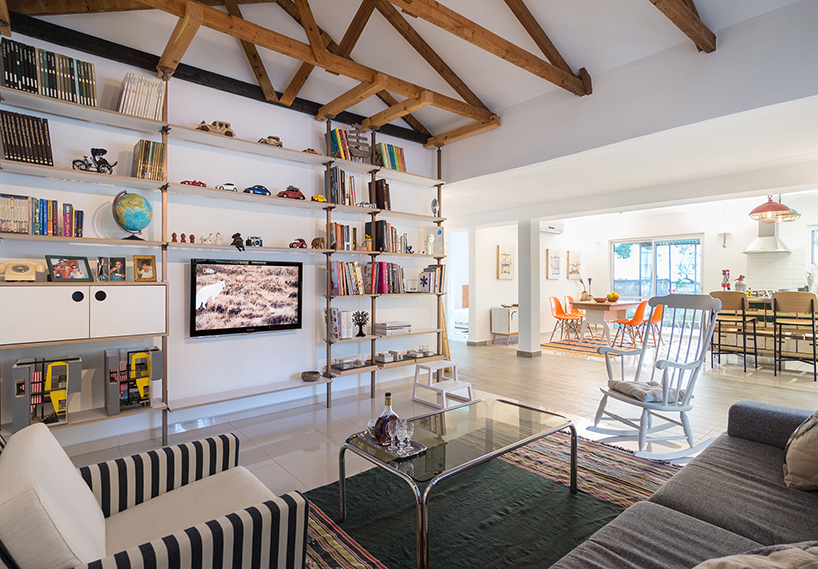 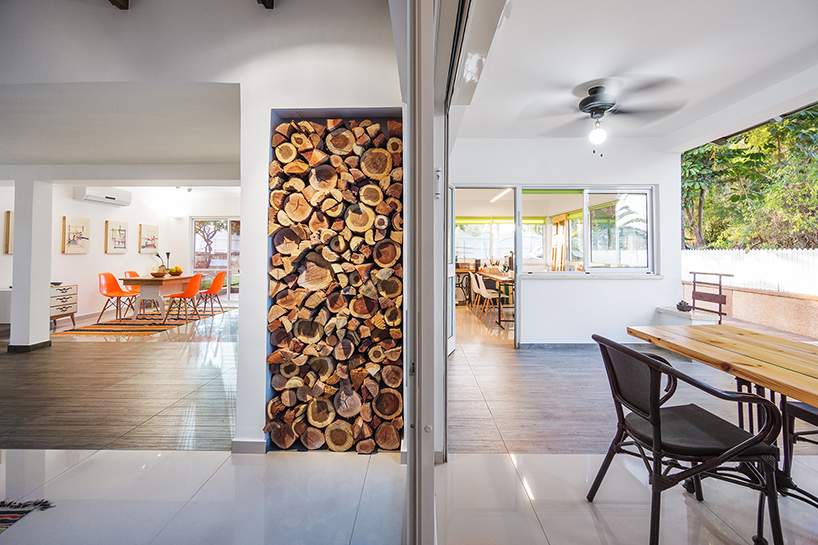 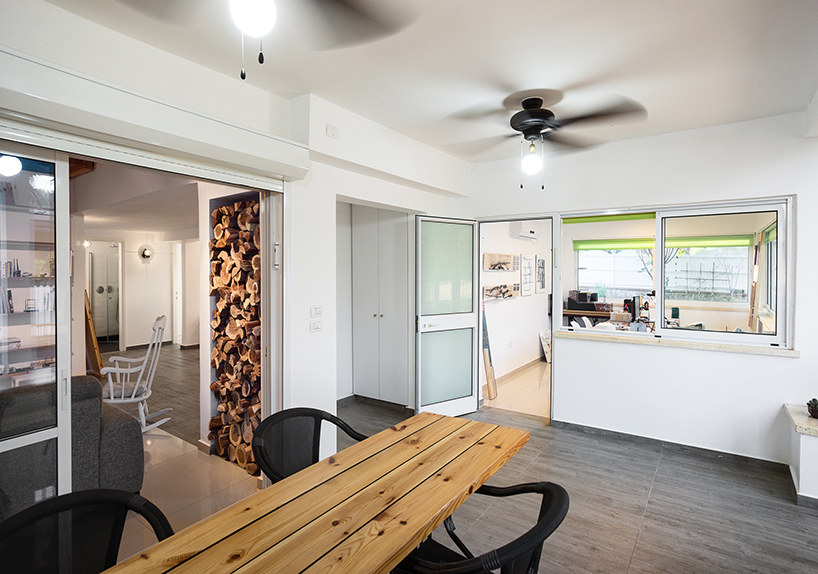 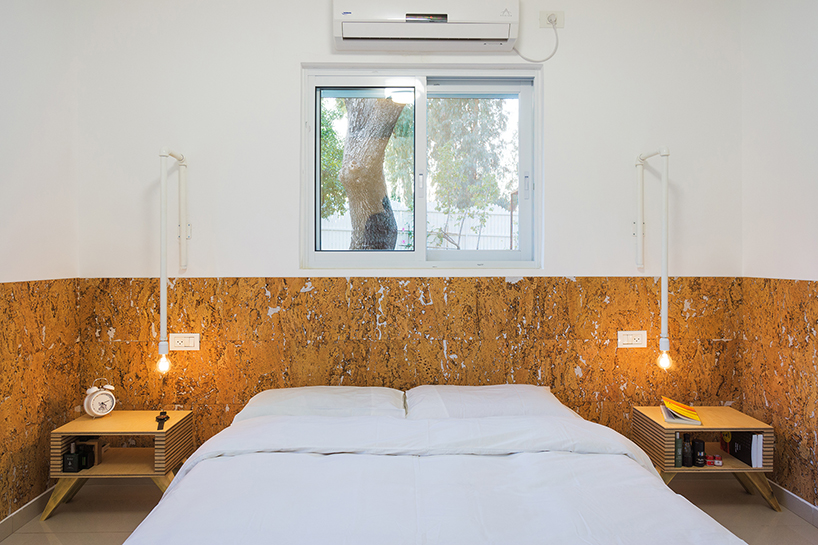