british designer peter marigold‘s ‘roughed out soldiers’ are an evolutionary series of figurines that aesthetically translate from a toy to completely shapeless form. created for the exhibition ‘blanks in between’ organized by workshop for potential design, the objects are manipulations of materials that exist prior to their full realization. a rubber mold is made from a toy soldier, which is dug out of the cavity and recast in plastic. the process is repeated over and over again with each new shape formed, eventually generating so many overlapping layers of material, that the original figure is no longer distinguishable. abstract models materialize from the duplicated procedure, composing a sequence of objects that are mutations of themselves; the human forms are reduced to amorphous blobs. for the exhibition, the soldiers were displayed reading from left to right, suggesting that the irregular chunks of plastic are morphing into the human ones. however, the development process is actually the opposite — the familiar soldier shapes are actually the origin from which the evolved pieces emerge. 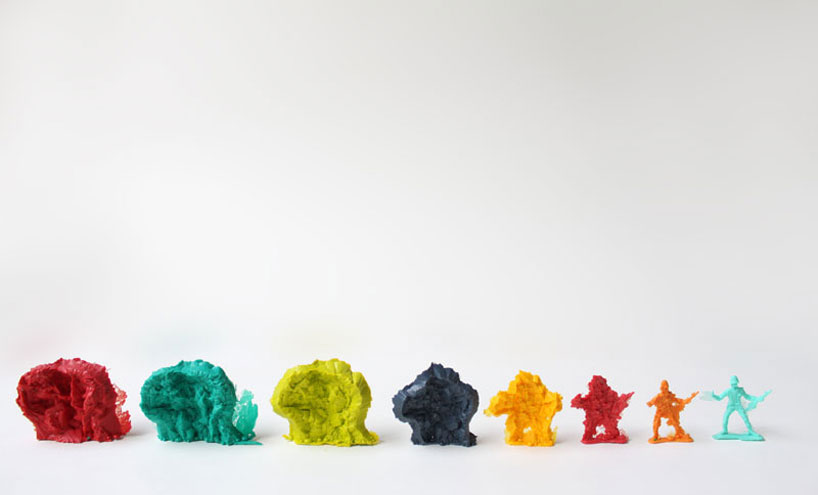 the evolution of the series of toys 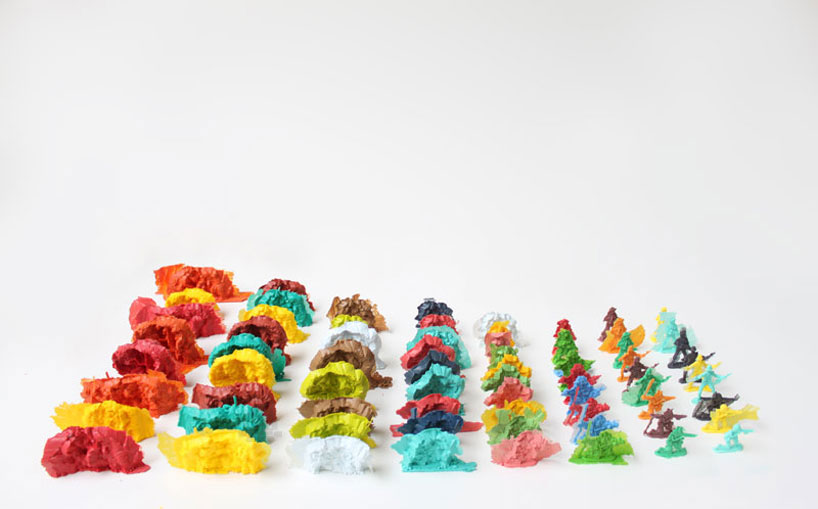 the sequence of objects are mutations of themselves 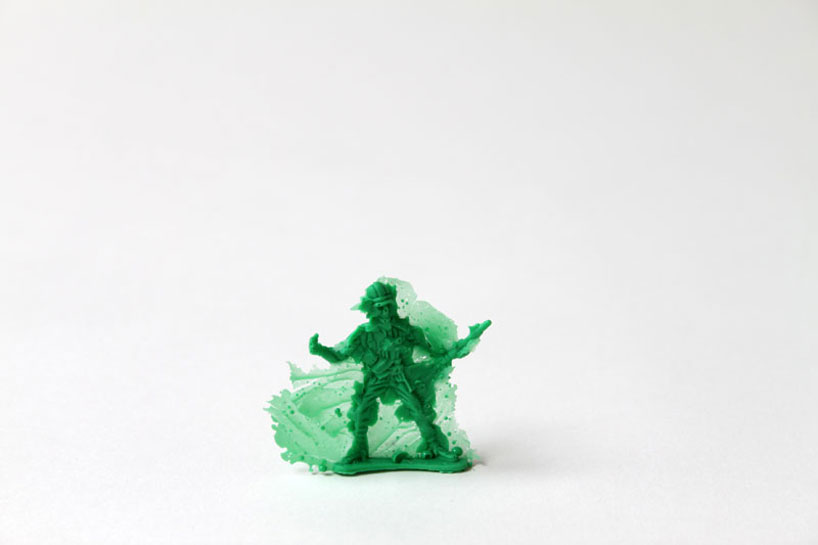 a green toy soldier somewhat abstracted by the casting process 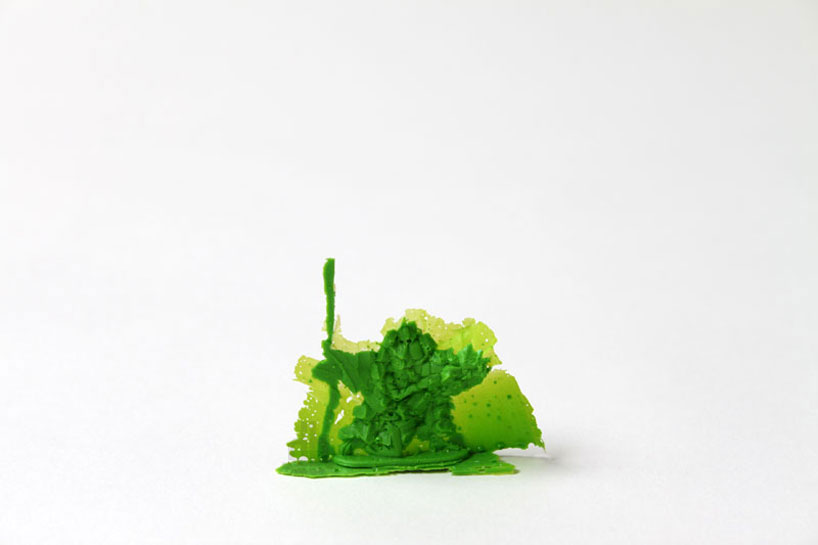 irregular chunks of plastic are remnants of the casting process 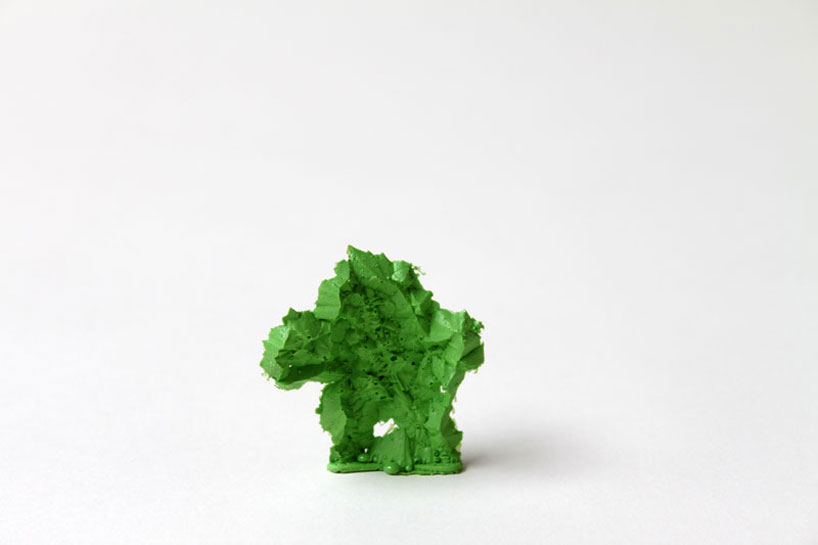 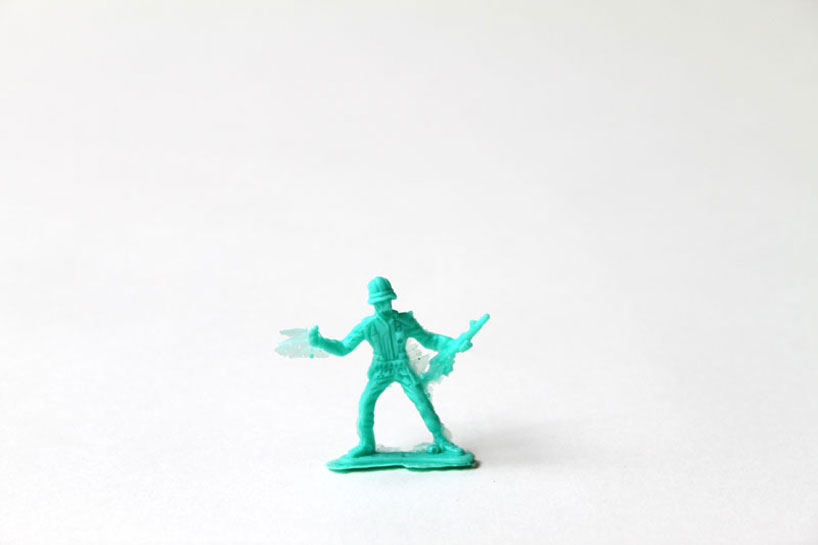 maintaining the original aesthetic of the familiar figurine 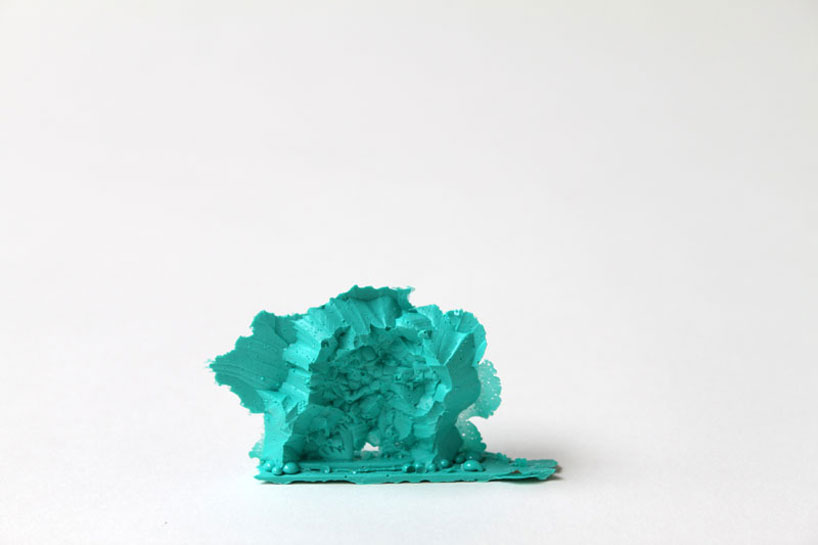 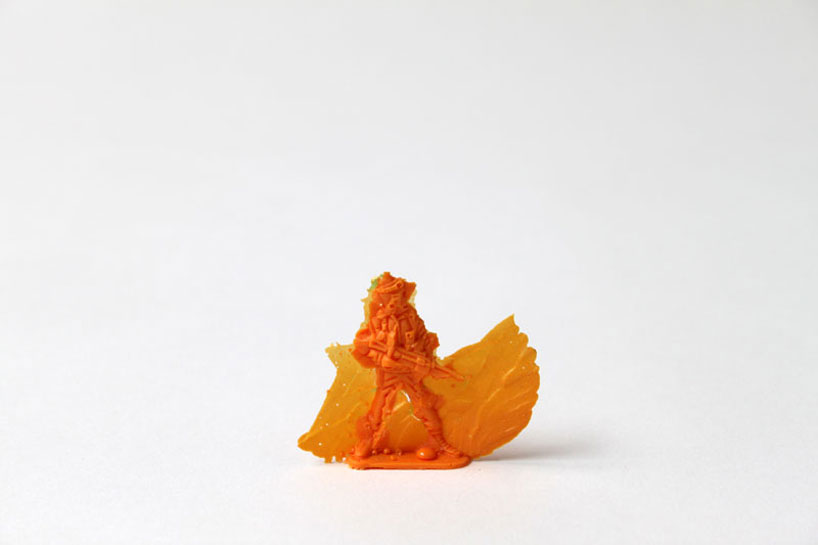 an orange toy cast manipulated by the creative process 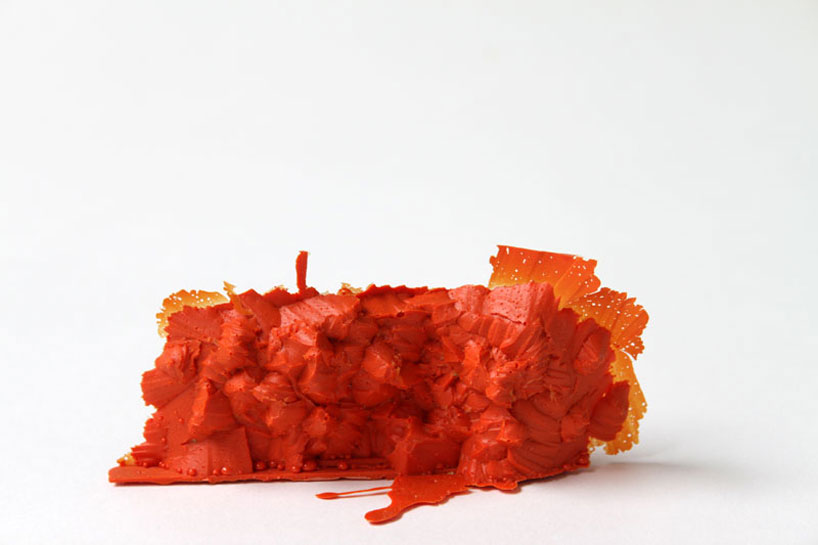 the result no longer bears any resemblance to the original form 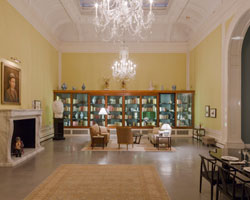 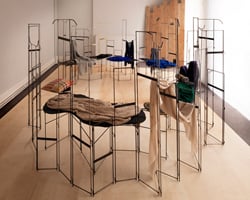