for milan design week 2017, dutch designer sabine marcelis created a piece exclusively for the aesop store in corso magenta in milan designed by dimore studio. called ‘vedovelle fountain’, the sculptural structure stands as a transparent monolith cylinder inside the australian’s brand store, creating a dialogue between its location, heritage and values while exploring how water in motion can affect perceptions of materiality, light, and space as it improves the environment. 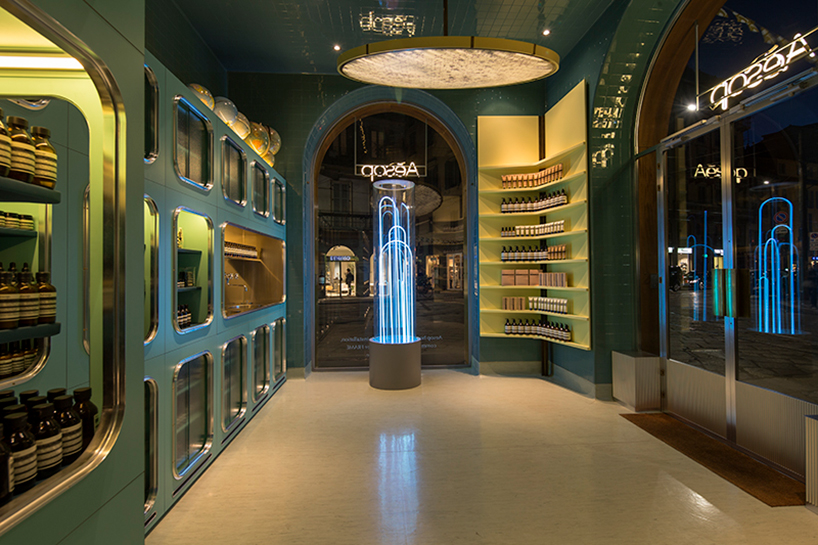 referencing milan’s drinking fountains—hence the name—the ‘vedovelle fountain’ by sabine marcelis is colorized in a soft, clean and tranquil robin’s-egg blue neon hue. through this illuminated transparent tubes, fresh water flows freely, down from the tops of the monolith in a graceful curtain and up, playing with the neon light and air bubbles. the constant motion of the water also gently purifies the air, and releases negative ions — just as waterfalls and ocean waves do, creating a sense of relaxation and restoration. 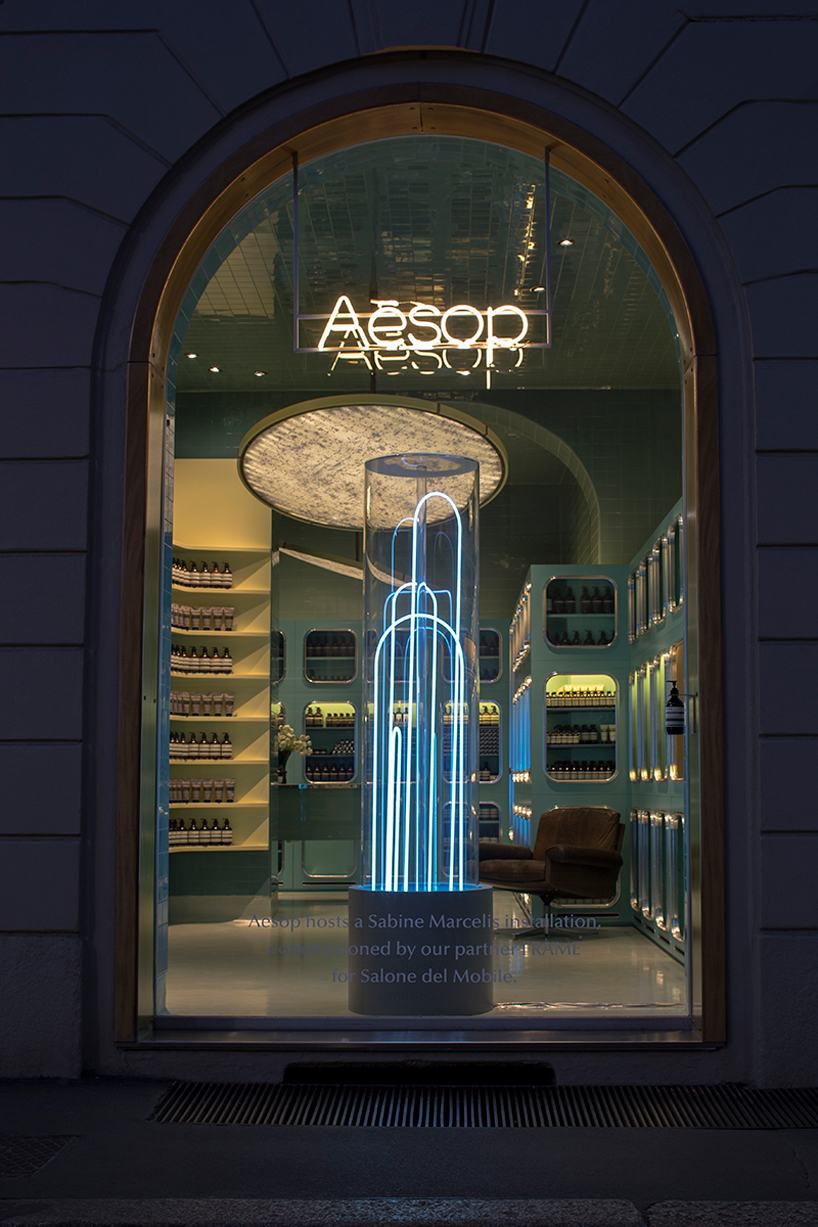 the ‘vedevelle fountain’ was installed to celebrate FRAME’s 20th anniversary 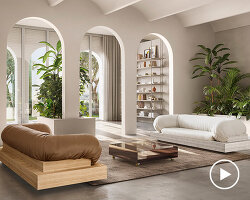