new york-based design studio sagmeister & walsh has realized the rebrand campaign and identity for a sparkling apple juice brand in india called appy fizz. the new visual system gives personality to the motif of carbonated bubbles through a dynamic graphic language of three-dimensional circles and polka-dots. from the print campaign to the television commercial, a distinct spherical pattern and a bold color palette of black, white and red is seen across the various mediums, uniting them under a cohesive look and feel. 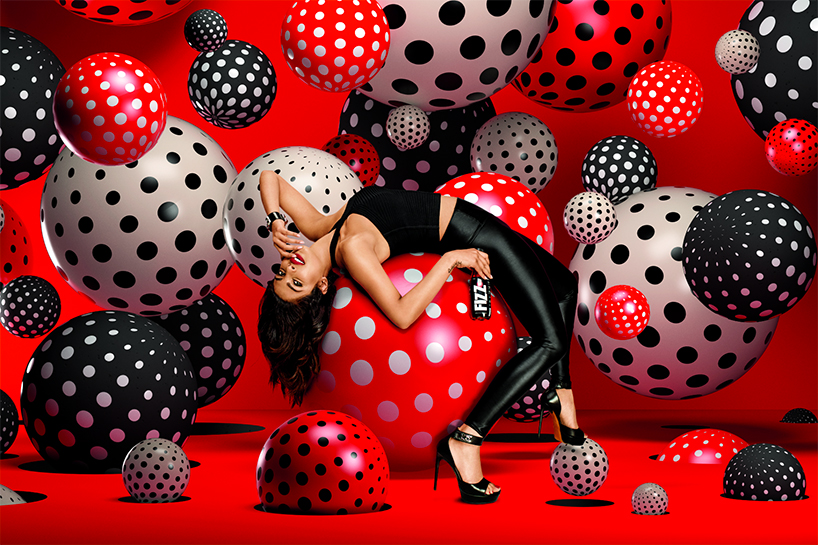 sagmeister & walsh worked alongside brand ambassador and bollywood star priyanka chopra for the TVC to create a striking short film. in the film, priyanka ‘sheds’ the sweeter tone of the brand’s past for a stronger and sexier image that will carry through future campaigns. the project has been featured across india, specifically targeted to major markets like mumbai and delhi. appy fizz is highlighted through a large television presence, outdoor campaigns, large-scale digital advertising and activation, print, and cinema advertising. 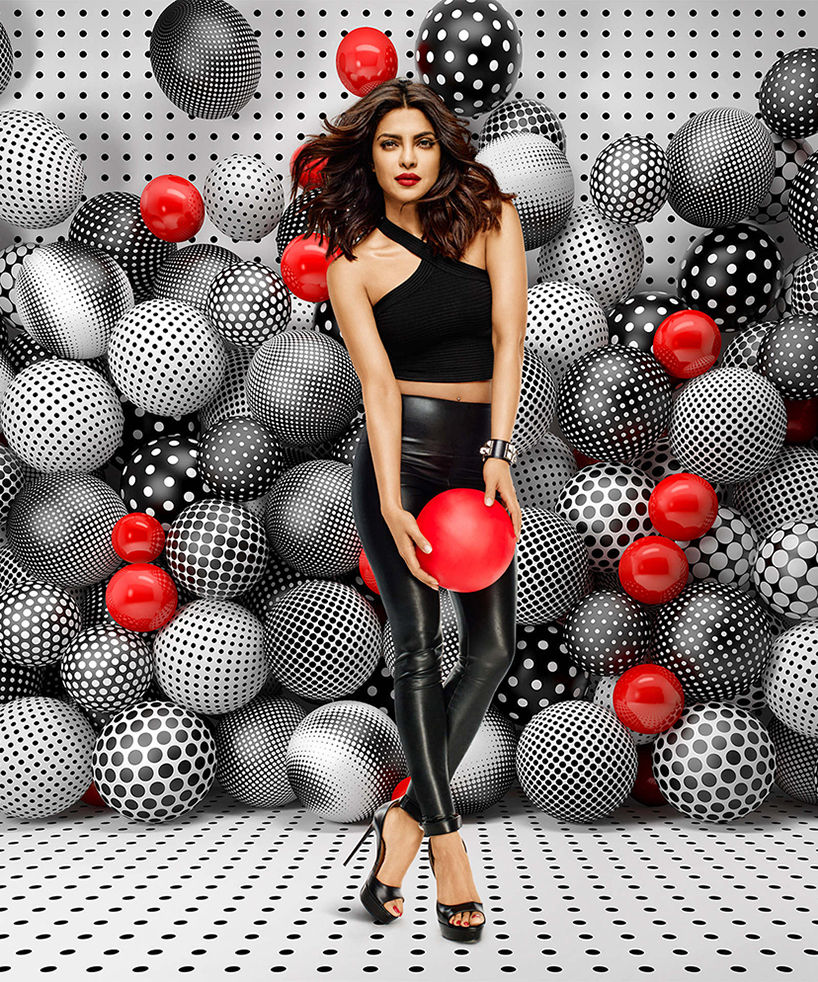 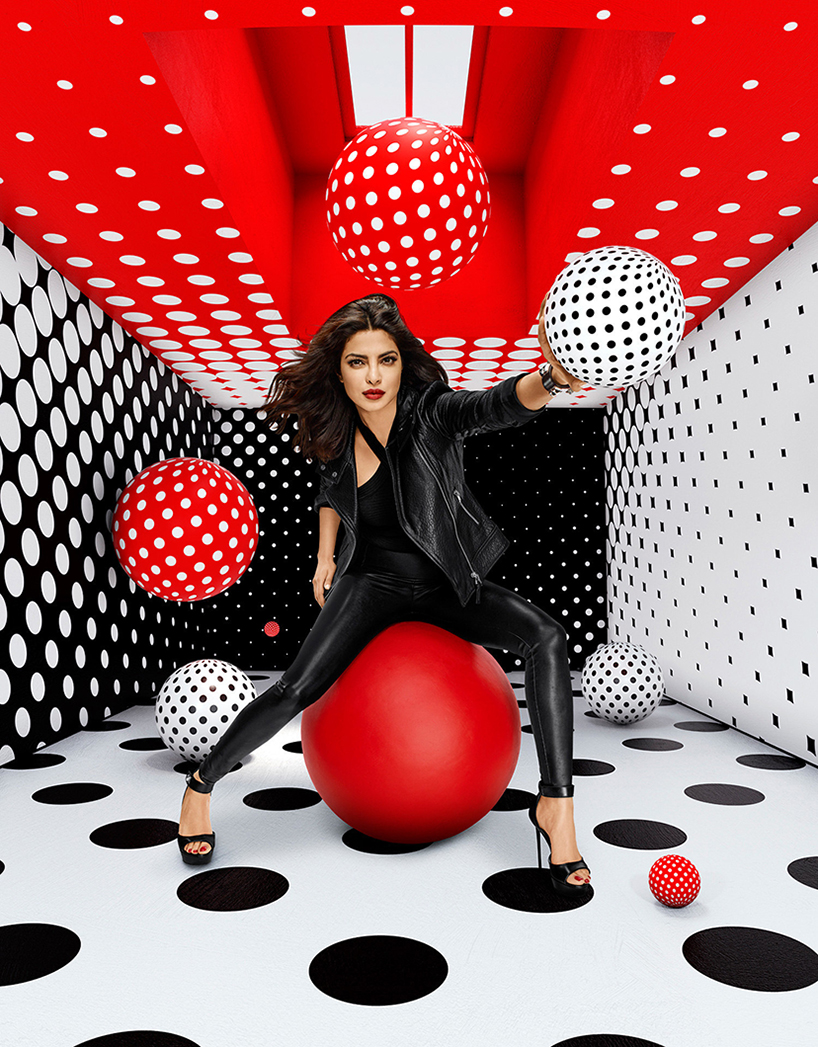 a spherical pattern is featured in a bold color palette of black, white and red 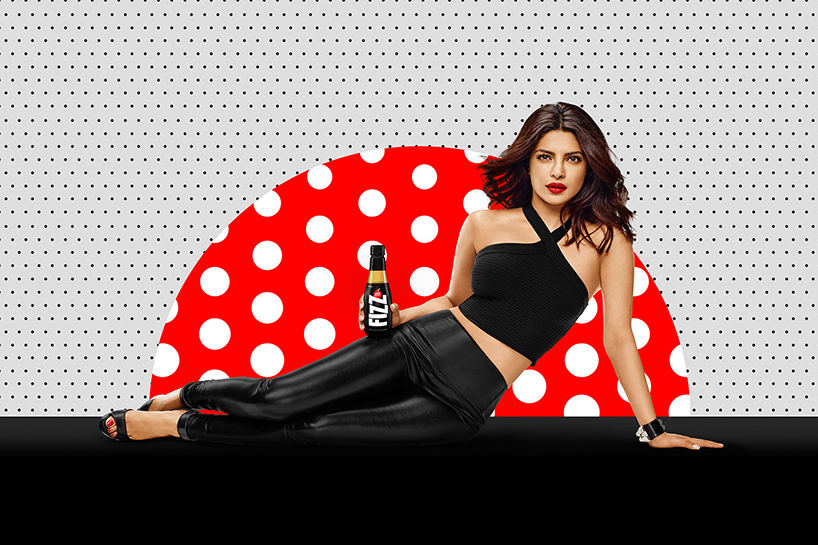 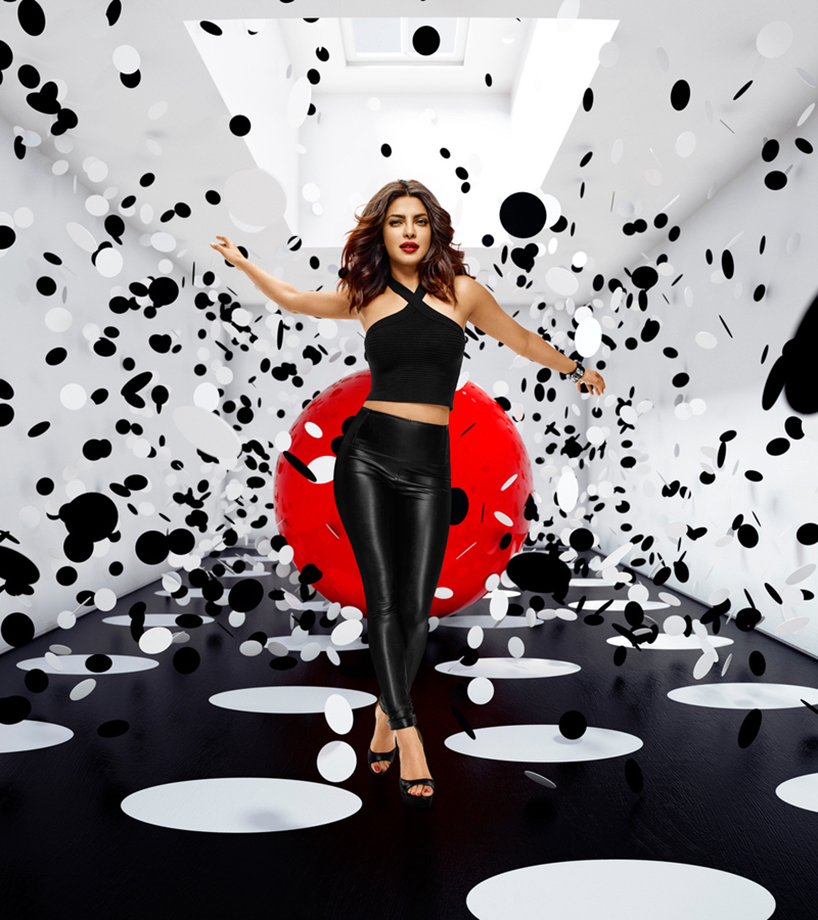 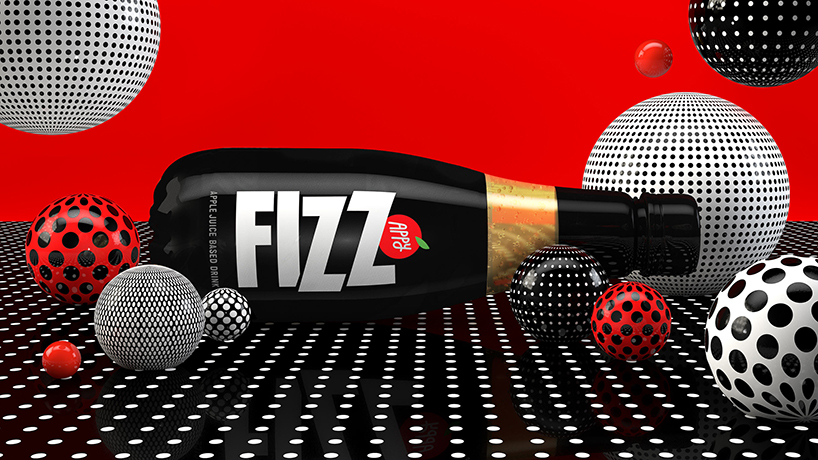 sleek black packaging defines the visual system of the vessels 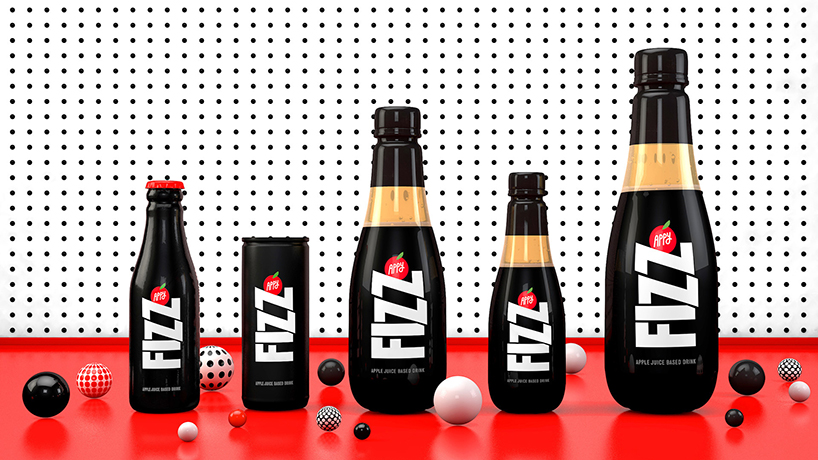 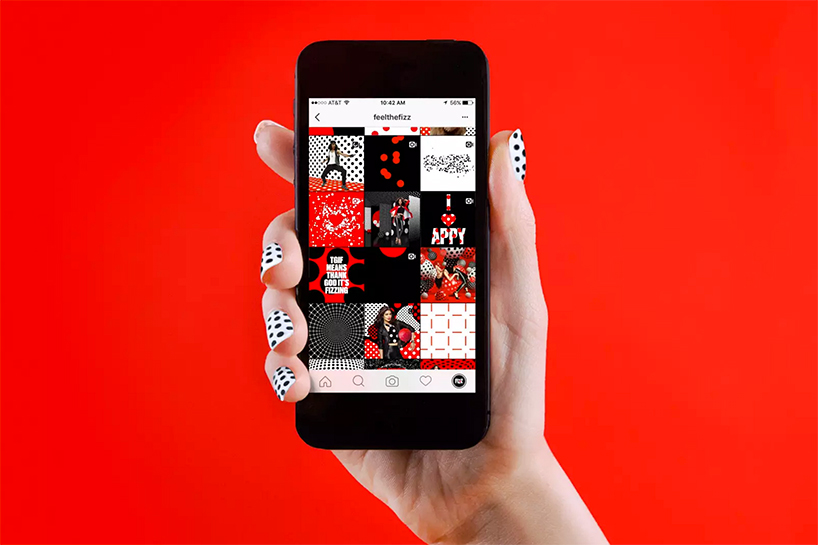 the appy fizz instagram is updated with new graphics daily