one of the off-site exhibitions at the saint-étienne biennale was ‘habiter demain’ which was held at the musée de la mine. projects by architects and designers, students and public collectives which are seeking answers about ways of living in the future are on display. the structures investigate the relationship between design and architecture, urban and rural landscapes. some of the solutions are functional while others are a bit more poetic. the exhibition provides an environment of activity, where landscapes, built environments and people can meet. ‘habiter demain’ looks at bringing together country and city living, while considering the relationship between public and private space 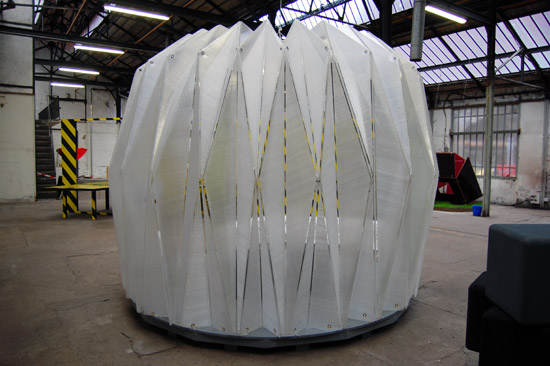 the ‘para PLI’ from behind image © designboom

‘para PLI’ is a life-size prototype which has been built at the grand atelier de l’isle-d’abeau. it is made from uncolored makrolon and flexible PVC which have been constructed using origami, accordian-like techinques. 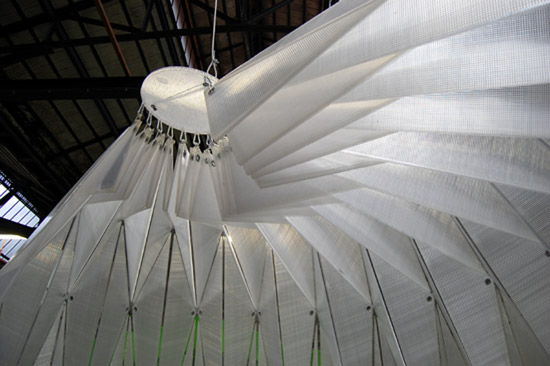 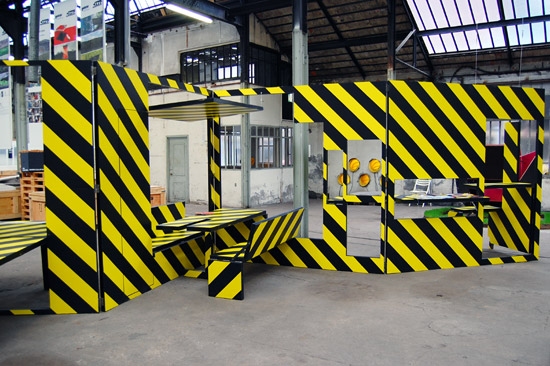 ‘d-pl(i)age’ is a way of bringing people together within a public space. much like a jumbo-sized room divider for the outdoors, the folding wall has ping pong tables and benches with eating areas to try and encourage interaction between strangers. 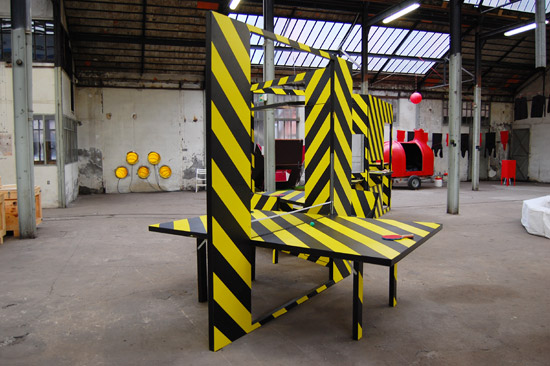 a ping pong table is built into the system image © designboom 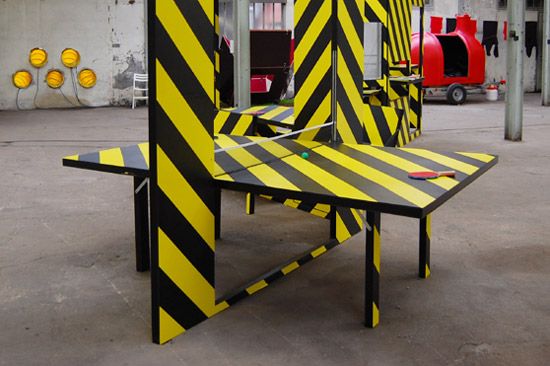 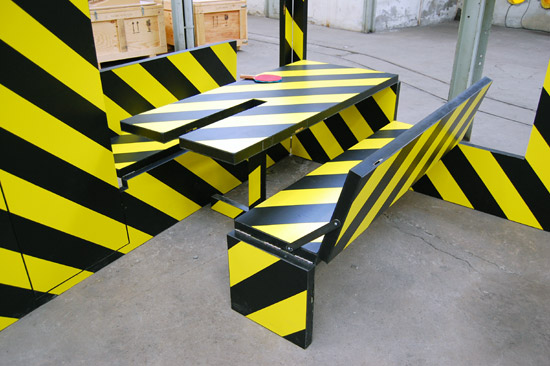 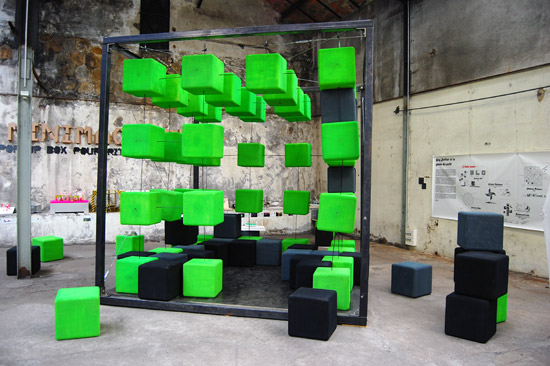 ‘club³’ is a life-size prototype built at the grands atelier de l’isle d’abeau. the project is made from foam, carbon and steel, with cubes which can be rearranged and used in different ways. 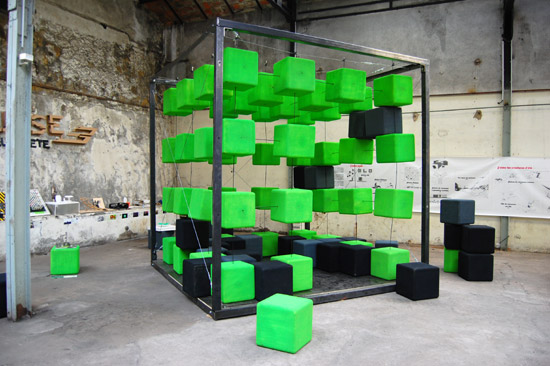 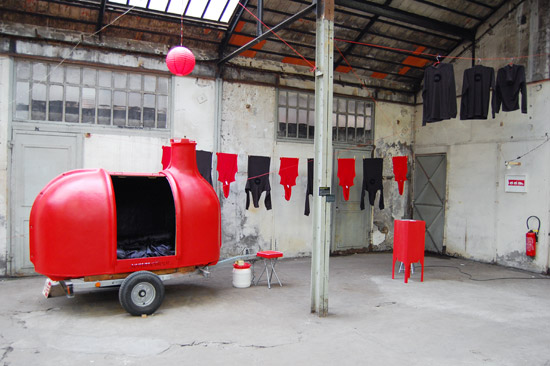 made from cardboard, paste blue, polyester and leather, ‘le sommeilleur’ is a sleeping space for one which looks at this idea of mobile living. the unit is meant to house one person and provides a place of periodic escape from the social or physical pressures of daily life. 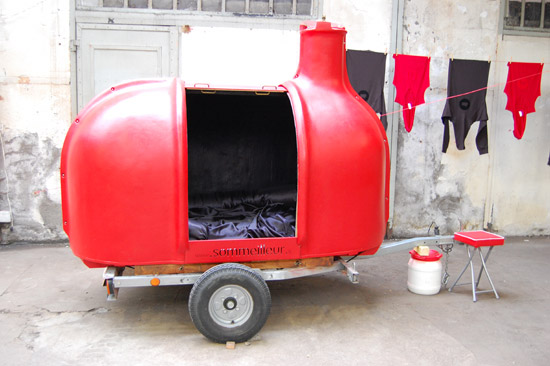