design 11k views
‘strip-tease’ by arnaud lapierre from france, is a lamp made from a steel frame that is wound with electrical cable, 2008 image © designboom

one of the other main venues at the cité du design site in saint-étienne was manufacture bâtiment H where the ‘flight number ten’ exhibition was held. on show here was a celebration of design from the last ten years, as well as recent work by designers and design agencies from europe and abroad. one of the exhibition’s sub-sections was ‘designers’ europe’ where there was a display of lighting designs. 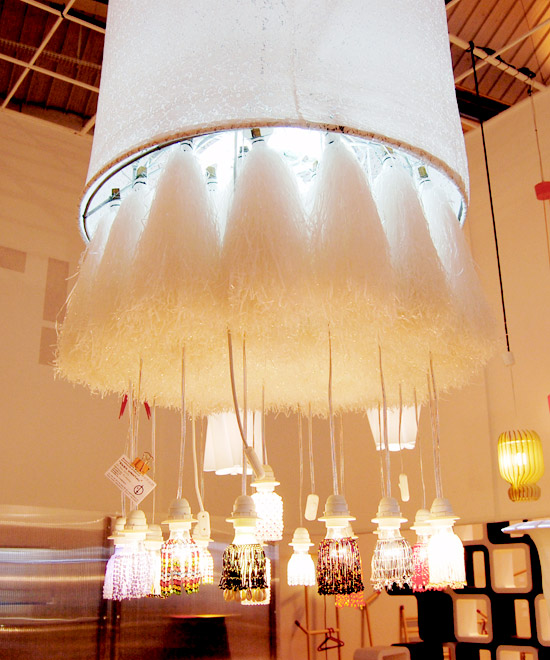 ‘binbin collection’ made of glass beads by dominique pétot from senegal, 2007-2008 image © designboom

‘binbin collection’ was originally designed as part of a droog workshop that was run in dakar, senegal in the spring of 2007. for the design, dominique pétot drew inspiration from beaded belts called ‘binbin’, that are worn by the women of senegal. working with craftspeople who specialize in making the belts, he created the smallest lampshade he could, producing intricately patterned, beaded designs which rest lightly over a lightbulb. 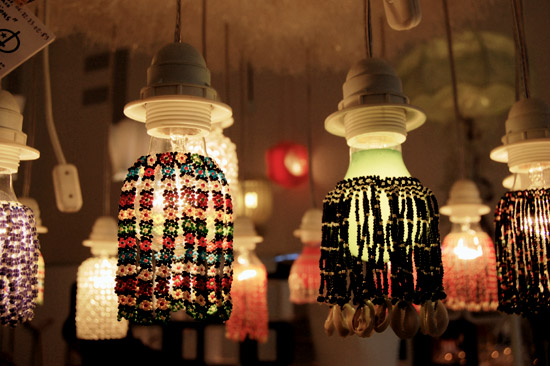 ‘blue frame’ is made from aluminium, glass and marble and looks like a silhouette of a television. 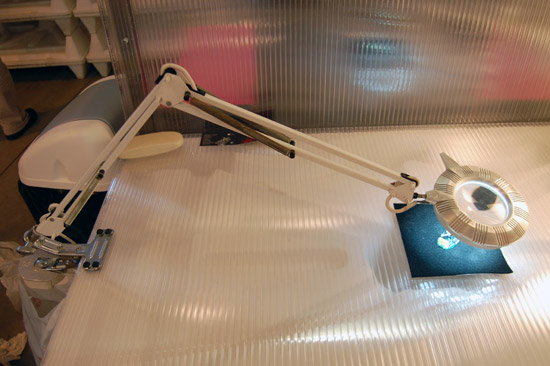 ‘dodeca’ by d’alesia & santoro from italy, 2007 ‘dodeca’ was a shortlisted entry in the designboom competition bright LED image © designboom

‘dodeca’ is a task lamp for high precision functions. made from aluminium, ABS and powerleds, the light can illuminate an area of about 15 cm diameter with an average amount of 12’000 lx at 5500°k, thus dissolving every shadow caused by a user’s hands and tools. the head is the heat sink and has a magnifying lens of 2X, 4X. it is best used for quality control, microelectronics, high-quality horology, jewelry, dentistry and microrestorations. 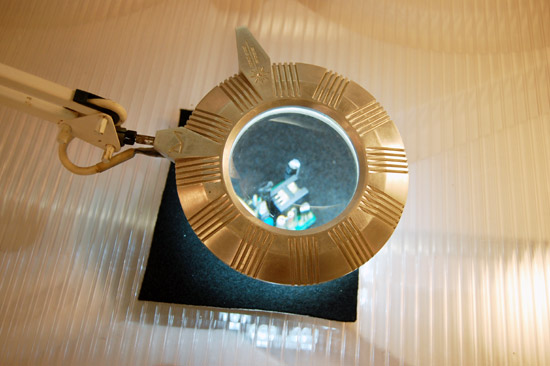 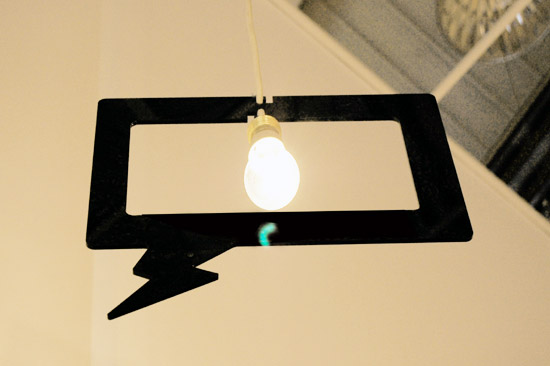 ‘lustridée’ by agence pêpin le malin from france, is made from MMA and looks like a speech bubble image © designboom 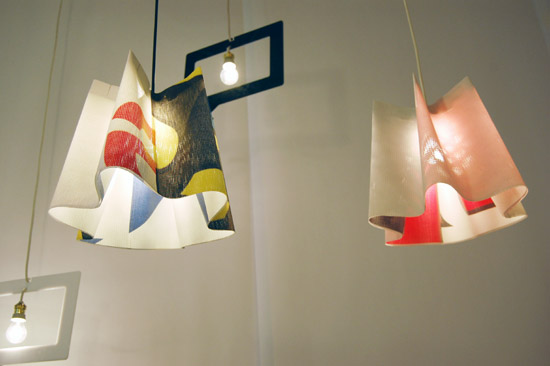 this light is made from recycled pvc advertising banner mesh. the form of the light is a result of experimenting with outdoor advertising material that is found on façades in urban areas. the design transforms the life of a discarded material into a product that raises awareness of the issue of recycling. 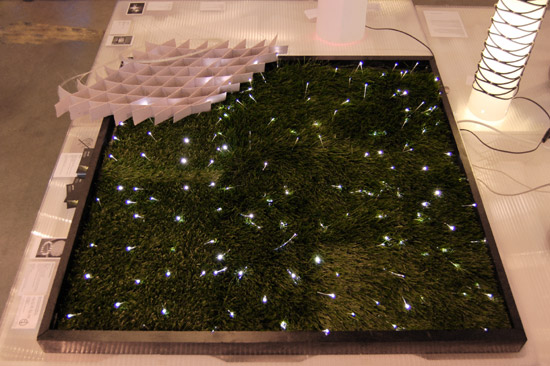 this lighting design uses natural and artificial grass, optical fibers and lights to create a turf that looks like it has pieces of illuminated grass.