in the courtyard of manufacture bâtiment H, there is a selection of outdoor furniture projects being shown in what is called ‘cour des H’. this furniture came about as a working partnership between tôlerie forézienne (poujoulat group) and pro materia. the projects are a result of an exchange of skills between the two partners, both of which are looking at the promotion of sustainable urban design. following a call for submissions for pieces which look at urban living and public spaces, projects were selected by tôlerie forézienne / pro materia to be displayed in this exhibition at the saint-étienne biennale. most of the pieces are made from thermo lacquered stainless steel and finished with ecological paint. 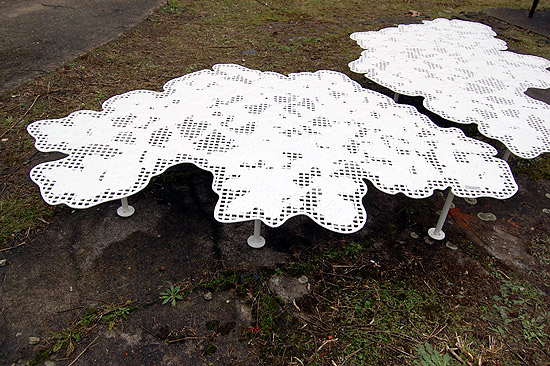 this table looks like it is inspired by a soft lace aesthetic, but made with an industrial material image © designboom 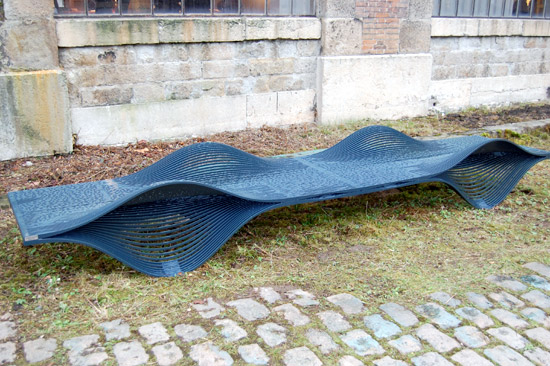 ‘muscle’ by alexandre moronnoz for tôlerie forézienne, 2008 which takes its name from its form where portions of the benches are formed to create a ‘muscular’ seating area image © designboom 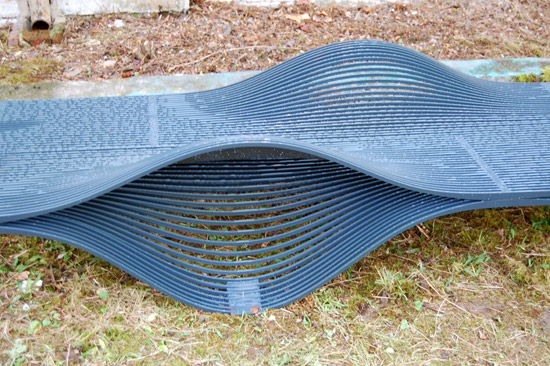 a detail of one of the four ‘muscles’ image © designboom 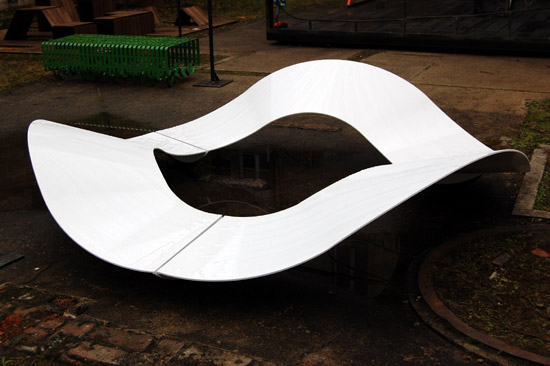 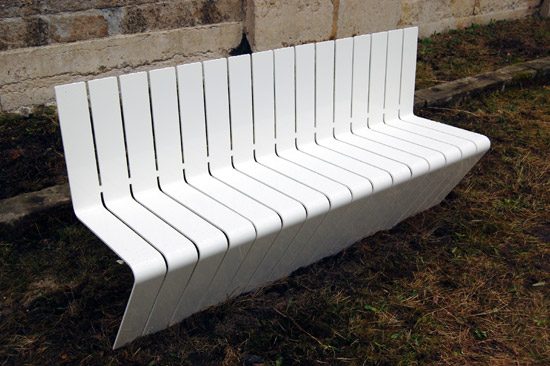 ‘répétition’ by régis bigot and gaëtan grenier for tôlerie forézienne, 2008 is made from the same piece of bent thermo lacquered stainless steel repeated in a row to make a bench image © designboom 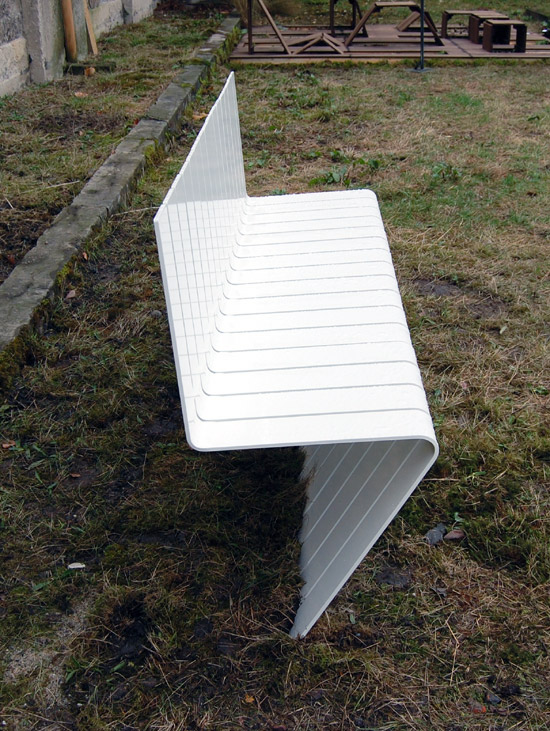 looking at the profile, one might wonder how the bench will actually hold someone if they sit on it image © designboom 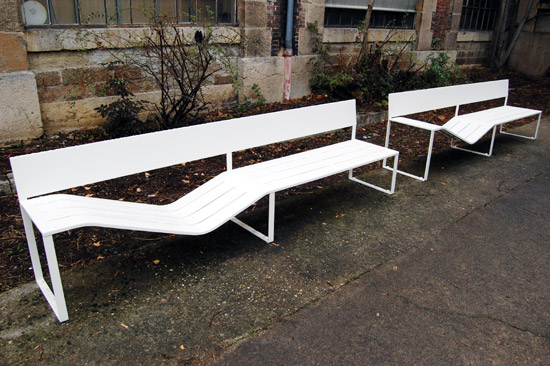 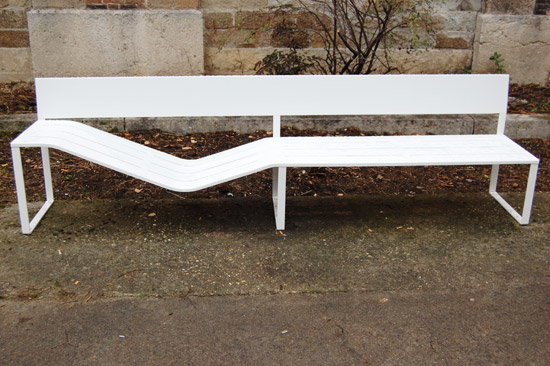 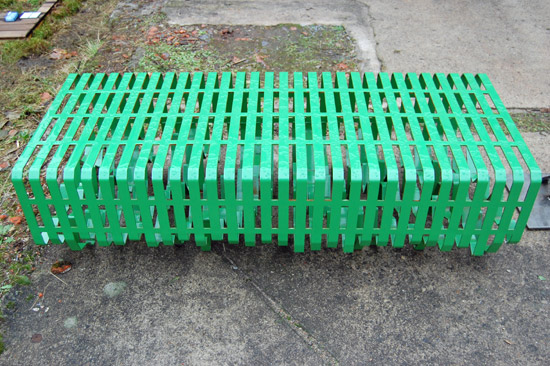 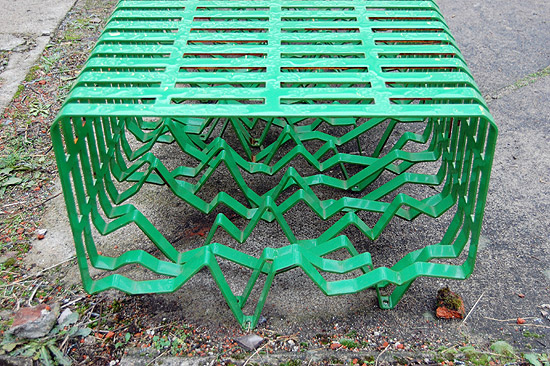 from a side view, one can see that the steel bars are bent in random forms to create legs for the bench image © designboom