one of the main exhibitions of this year’s design biennale in saint-etienne is ‘city eco lab’, curated by john thackara. held inside fabrique 5000 at the cité du design site, the projects presented in the show follow the theme of trying to contribute to a sustainable world, with particular interest on the ‘green’ development of saint-étienne. one of main focuses is sustainable mobility in the urban environment. the ‘city eco lab’ explores different modes of transportation which businesses, associations, designers and local authorities offer as means of getting around. 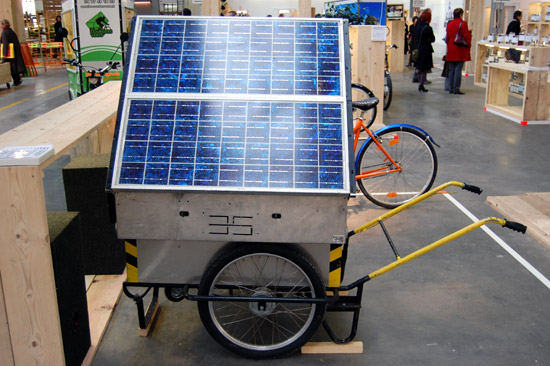 the ‘3S’ is a solar powered unit which is equipped with a sound system and record decks which run on direct solar energy or on batteries charged by solar energy. this dj system can adapt to various configurations depending on the user’s energy needs and can be dismantled and set-up for use at musical events or traveling workshops for both indoors and outdoors. 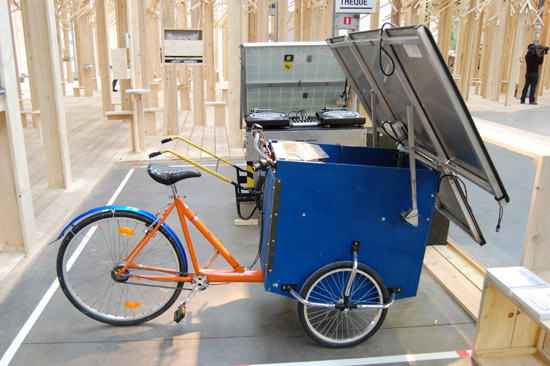 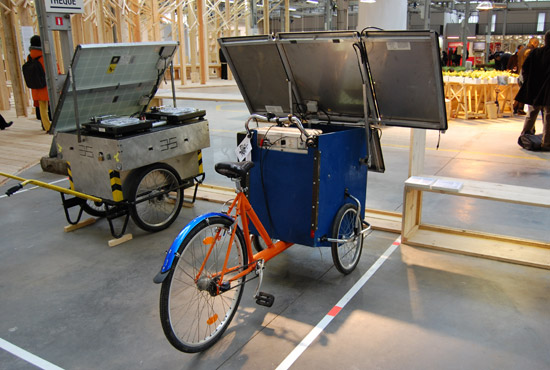 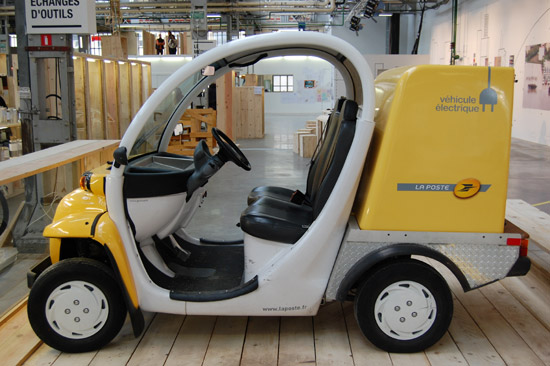 la poste is making efforts to consider cleaner modes of delivering over 30 billion items annually. this electric quadricycle emits no greenhouse gases, and is currently in use on postal routes. the vehicle is meant to replace motorized two-wheel vehicles and is designed for urban and suburban areas, pedestrian zones and other commercial and industrial areas. it has the ability to transport up to 150 kg and is suitable for tarmac and paths. annually, it has the potential to save up to 6,000 tonnes of CO2. 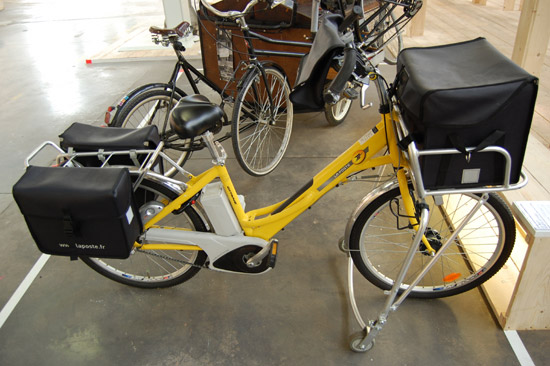 this post bicycle is designed to comfortably transport 45 kg of mail by reducing the effort of pedalling by up to 70%. la poste is planning on distributing these bicycles to 6,000 postmen and women. 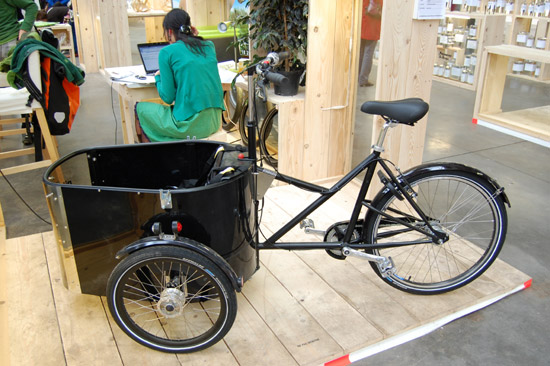 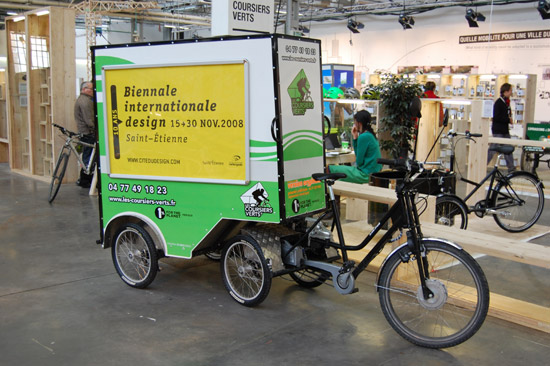 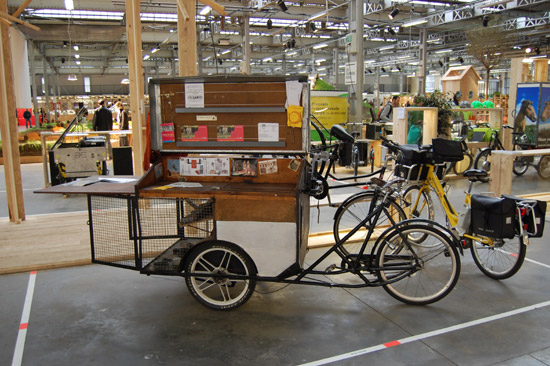 ‘atelier vélomobile’ is a tricycle-mounted workshop which was designed by didier arnoux, 1998 for pré-en-bulle image © designboom.com

besides more contemporary forms of sustainable mobility, the exhibition takes a look at other transportation methods as well. this bicycle’s main function was to act as a mobile workshop which repairs and makes alterations to bicycles. the idea behind the bicycle is to provide young people with the tools to repair their own two-wheelers. technical support is given by a community worker who runs the mobile workshop. 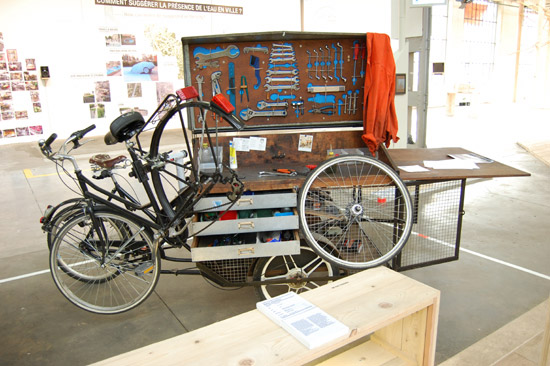 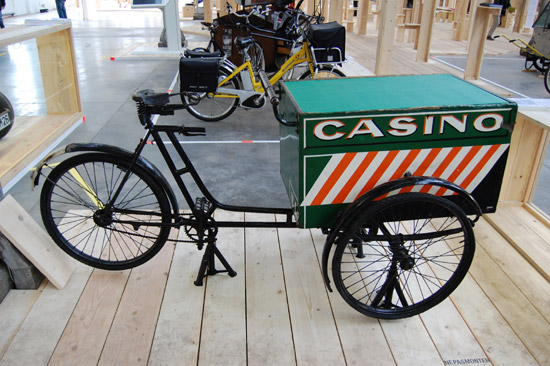 casino was one of the first food retailers to make home deliveries, and they did so through the use of a tricycle. manufrance, the french arms and bicycle manufacturer promoted the three-wheel bicycles as a way of improving sales through home deliveries. the tricycles for manufrance were sold under the ‘hirondelle’ brand.