the story and image of santa claus begins with nicolas, born during the third century in the then greek village of patara. raised to be a devout christian, he used his inheritance from his parents to assist the needy, the sick and suffering and was made bishop of myra for his work. he became known for his generosity and helping those in need. st. nicholas became the patron saint of russia where he was known for his red cape, flowing white beard and bishop’s mitre. today, the christian bishop’s image has become that of a red-suited, bearded, holly old man. the symbol of the festive holiday season and commercial story.

first europeans to go to the new world, brought st. nicholas. vikings dedicated a cathedral to him in greenland and columbus named the haitian port after him on december 6th, 1492. however, during the 16th century protestant reformation, the acceptance of st. nicholas was difficult as people did not have strong views of saints. however, in england, where religious folk traditions were altered st. nicolas was well-accepted and puritan christians began what has now become a more trendy, secular christmas observance. 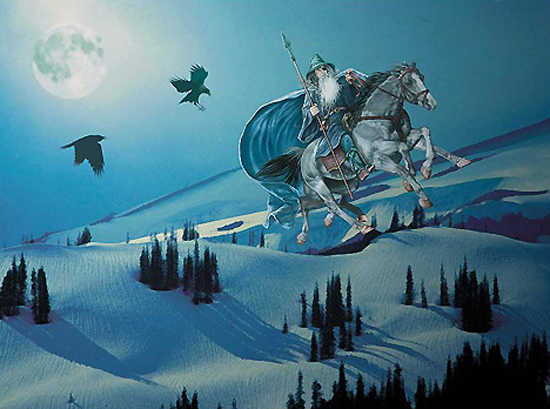 odin and sleipner, his eight-legged horse

in germanic traditions, the norse pagan god odin has been said to have contributed to some parts of the appearance of santa claus / father christmas. during the germanic holiday, yule, odin would lead a hunt through the sky on his eight legged horse sleipner – today’s eight reindeer and their ability to fly are said to have been derived from this tale.

children would place their boots filled with straw, carrots or sugar for sleipner, and their kindness and good deeds would be rewarded by odin with gifts. 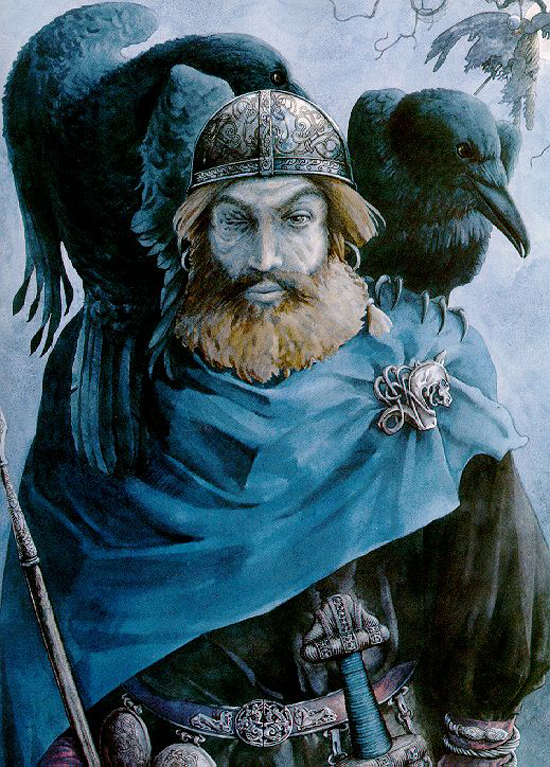 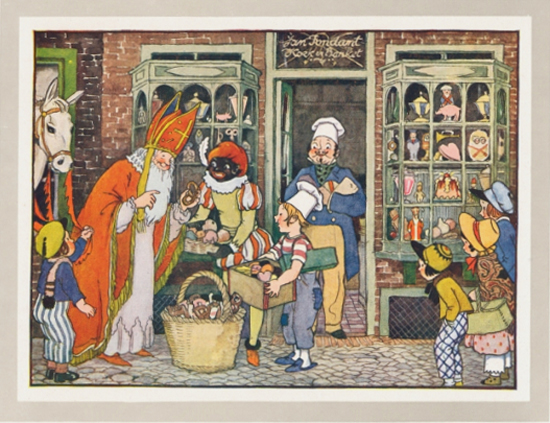 similarly, there is also the dutch sinterklaas and his assistant zwarte piet. dutch children would leave their wooden shoes by the fireplace and children would be given treats for their good behaviour, while zwarte piet would give coal to those who misbehaved. dutch colonists brought this tradition with them to america in the 17th century, where the anglican name of santa clause emerged. 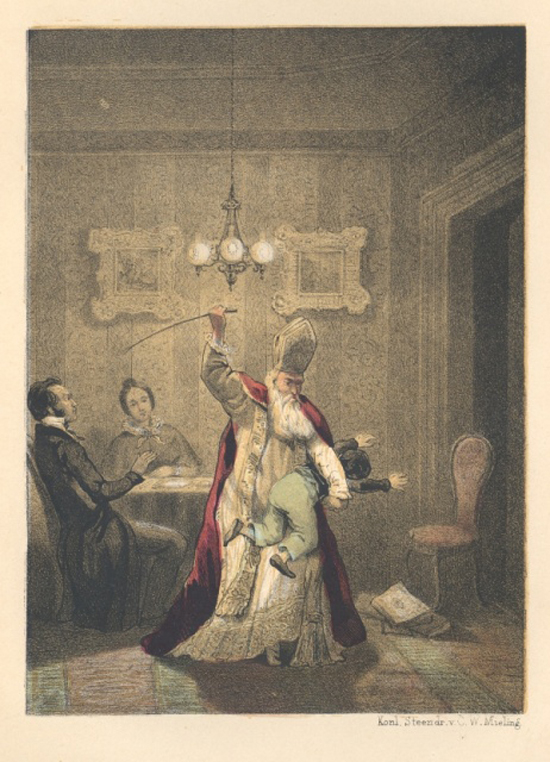 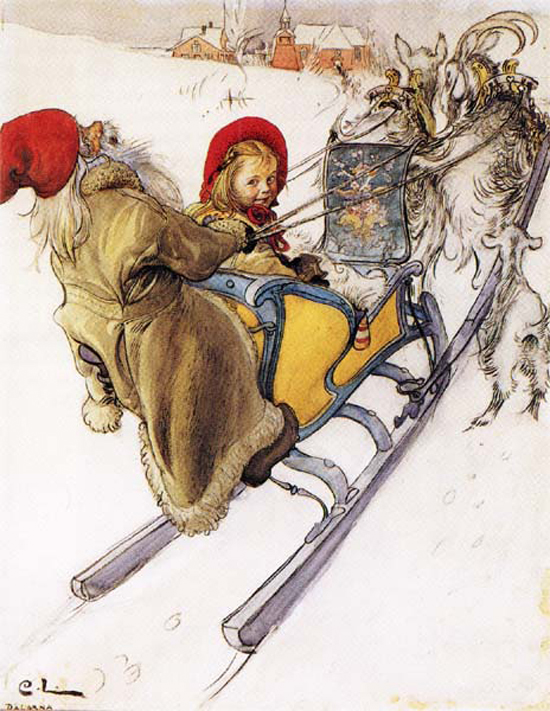 st. nicolas and the yule goat

around the same time as the dutch, scandinavian countries had st. nicolas bringer of gifts who came around with a yule goat. within nordic folklore, an elf called tomte or nisse was also associated with the tradition of christmas. 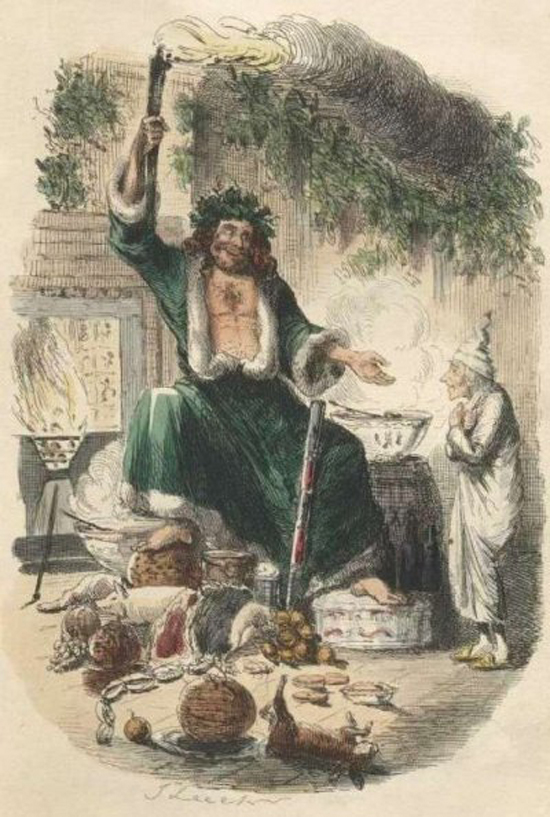 saint nicholas and sinter klaas were combined with the british version of father christmas to become santa claus. the 17th century version appeared wearing a green, fur-lined robe delivering good cheer to those around him. 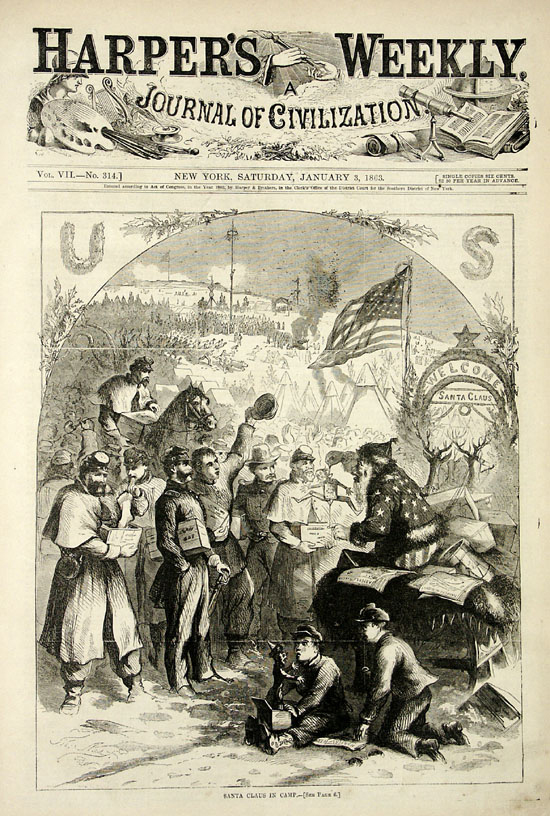 thomas nast of harper’s bazaar has been credited with creating the popular image of santa claus which appeared in the publication’s weekly newspaper between 1863 – 1865. first introduced by nast during the civil war, the image of santa claus continued to evolve over the years. 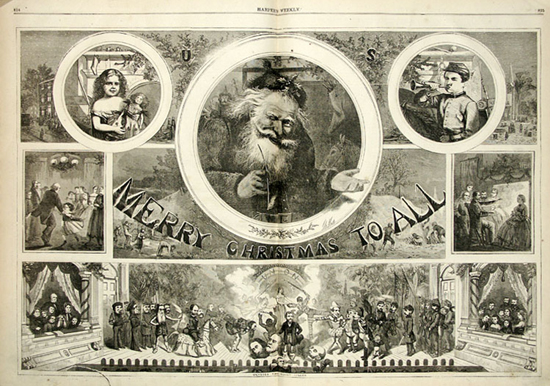 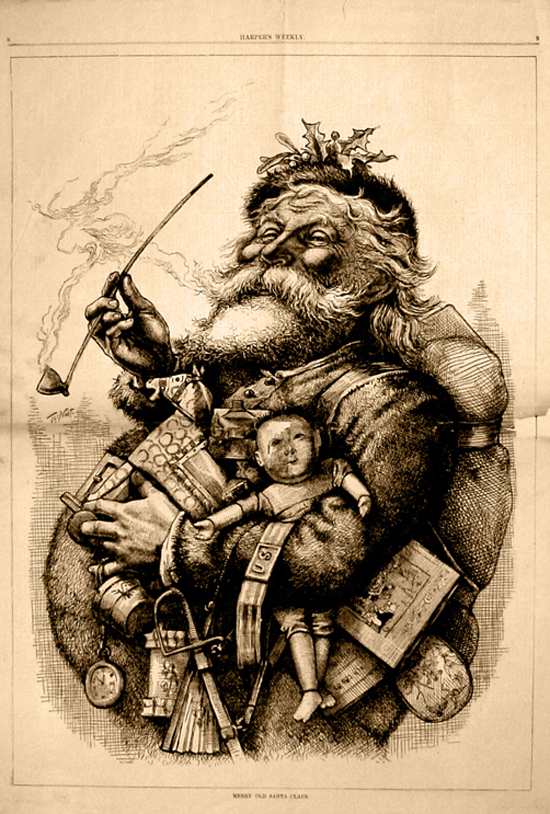 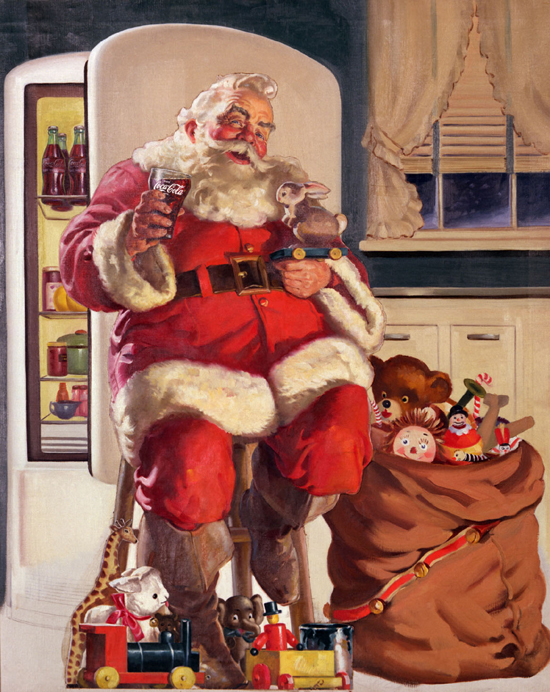 coca cola is responsible for the commercialization of santa claus there after. the company was in need of a way to sell their cold drinks during the cold season and wanted to find a way in which to associate their product with the holiday season. illustrator haddon sunblom began creating the images for coca cola, beginning in 1931 and he would continue to create santa paintings for the company until 1964. 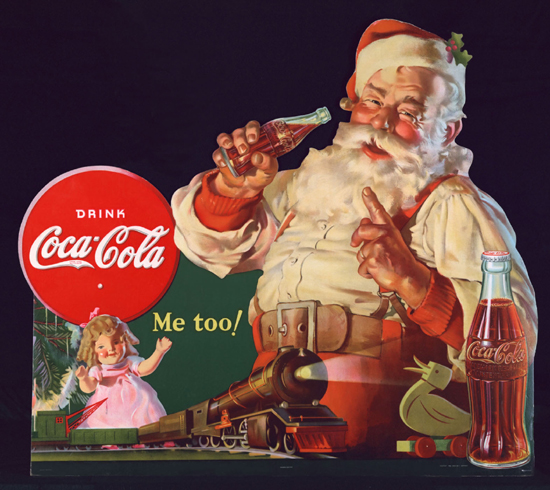 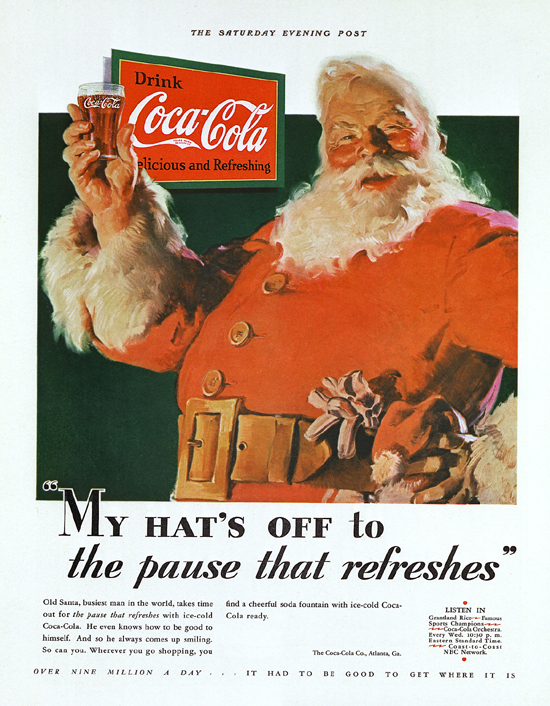 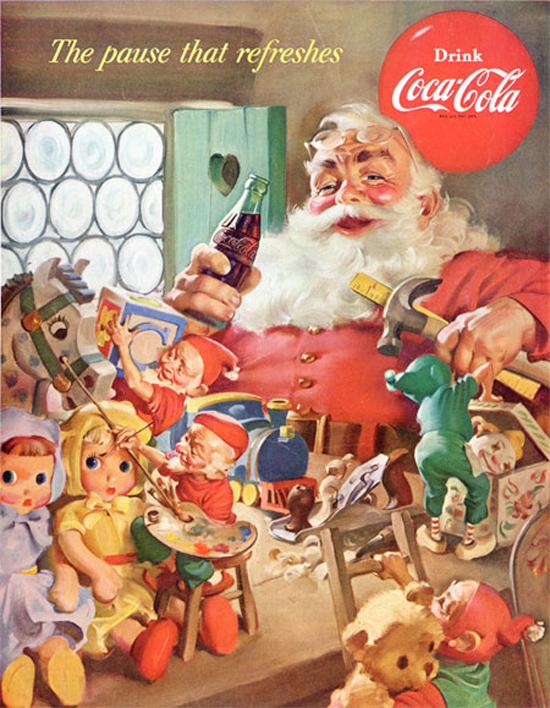