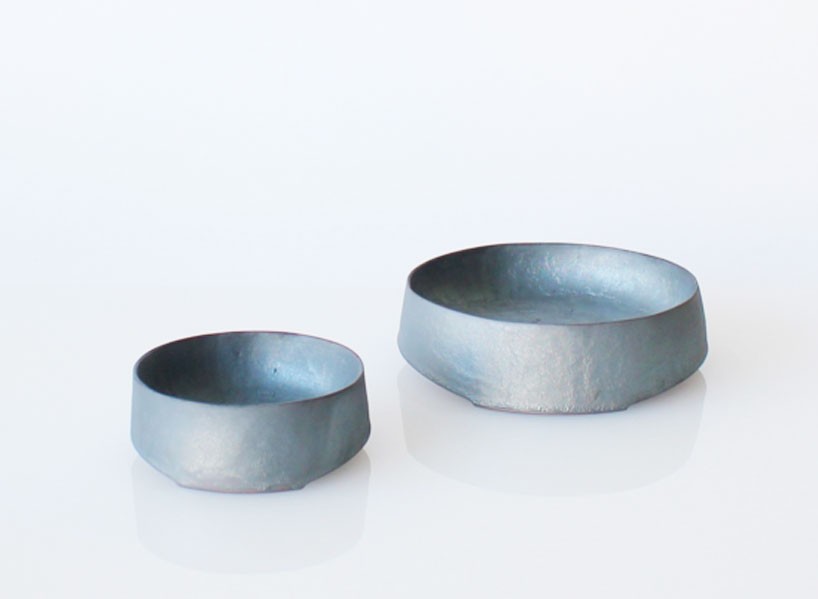 tokyo-based designer satoshi umeno of umenodesign‘s has created tableware that embodies a sense of rawness, and simultaneously fuses traditional japanese craft, material and aesthetics. presented at maison & objet, the ‘tsuki’ and ‘koku’ collection were created together with artisans and material manufacturers of japan. 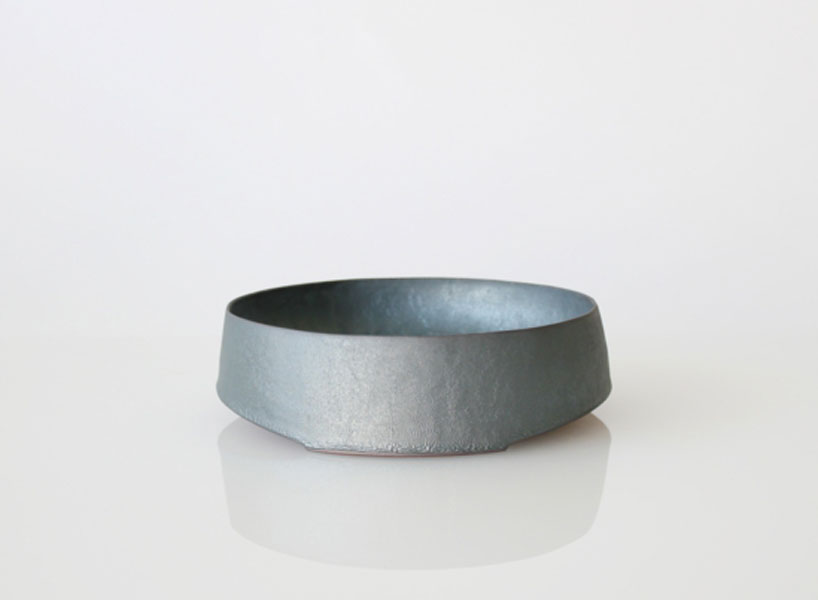 for his collaboration with yasuda kawara tile – a traditional japanese tile manufacturer with 185 years of history – the designer created the ‘tsuki‘ collection featuring a series of small to large bowls and plates. each piece was crafted in agani, niigata, with the roof tile material seen used in many traditional, vernacular buildings in japan. the distinctive element used within the simple, yet refined pieces, was the ‘reductional firing’ technique. the tiles are heated at a temperature of 1200 degrees centigrade to give it its low absorption and resistancy to the cold. 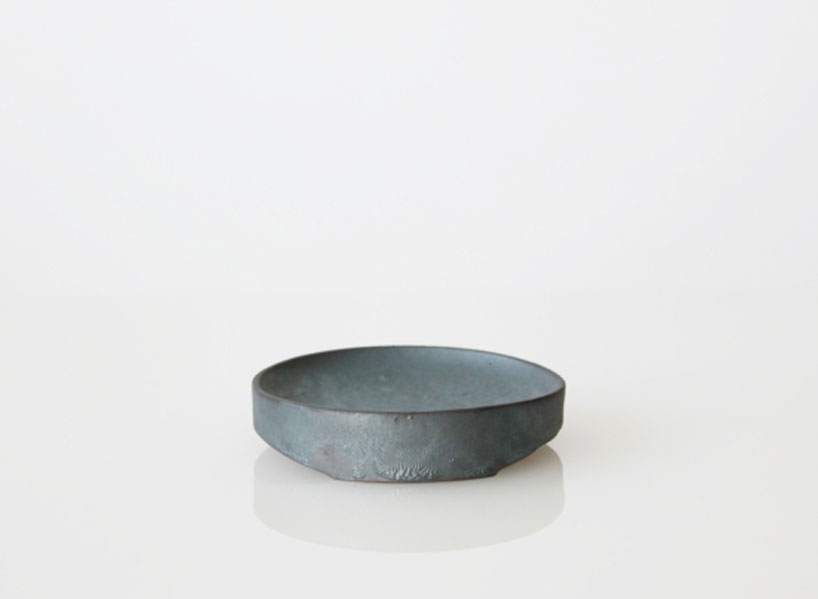 each piece carries a unique coloring with a distinctive, speckled surface texture which influenced the tableware’s name ‘tsuki’ – meaning moon in japanese. the use of the ceramic tiling establishes the irregular texture and giving the dishes grip; ideal for handling and detailed food presentation. 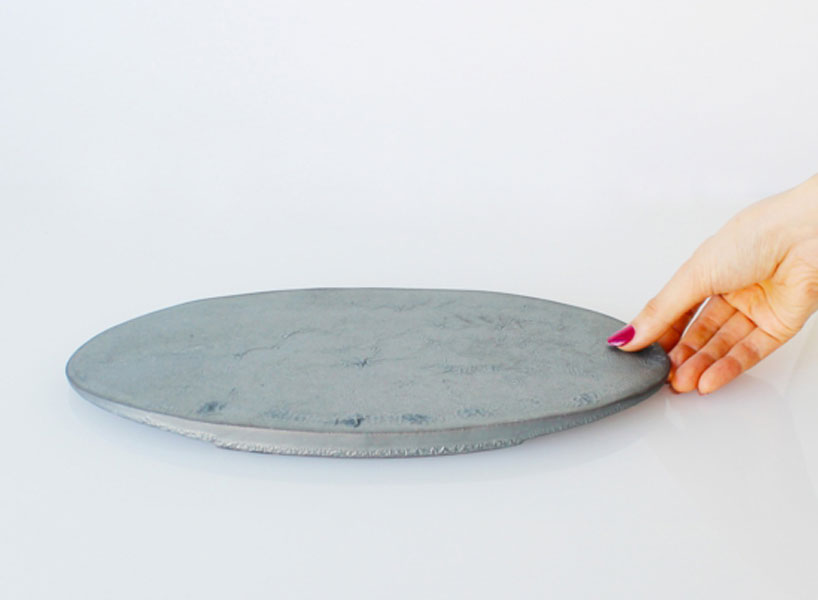 yasuda kawara tile was used for the roofs of many army buildings, including army divisions in hirosaki and asahikawa as well as shibata barrack. the high demand was due to the high quality and durability. as a result, it has been used for public buildings such as government offices and schools, which led to the business prospering during that period of time. 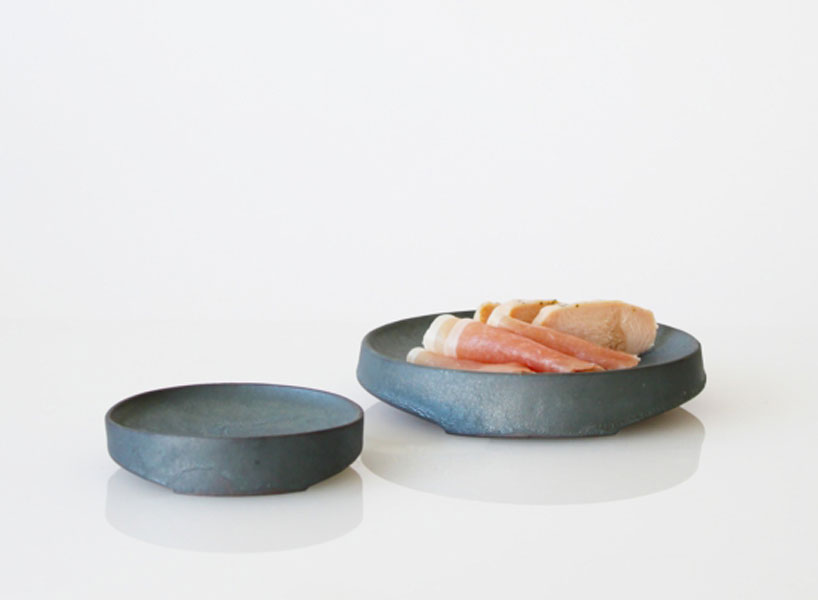 a raw aesthetic has been achieved through its natural materiality 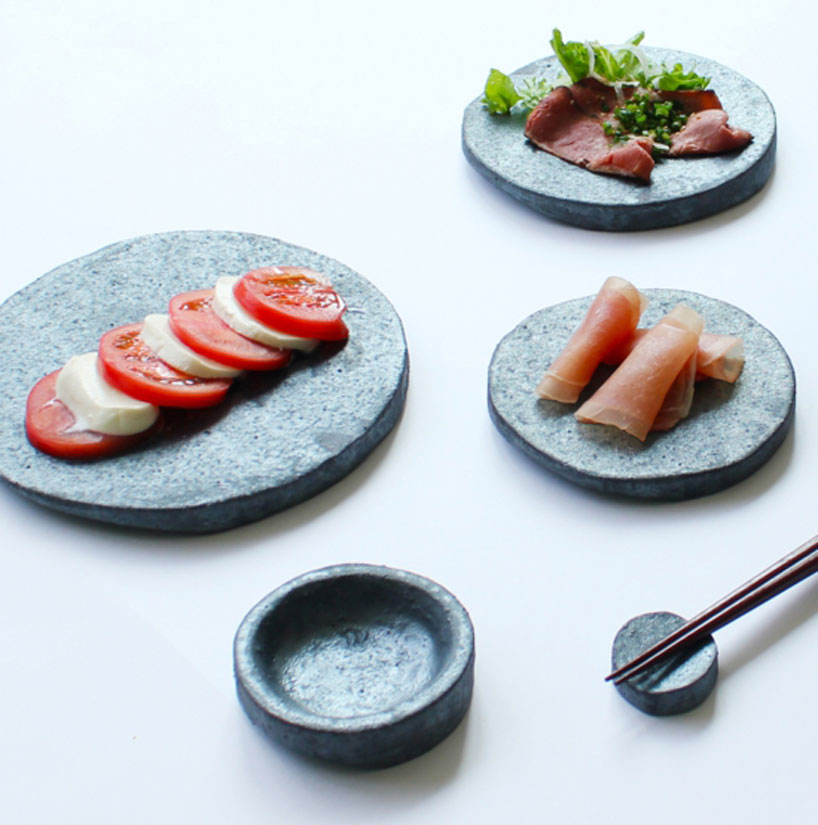 the material gives the pieces grip, ideal for holding and presenting food 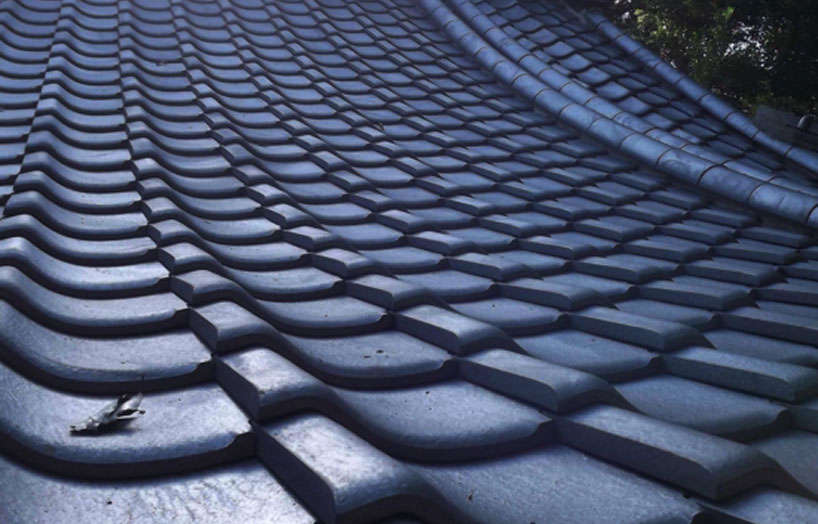 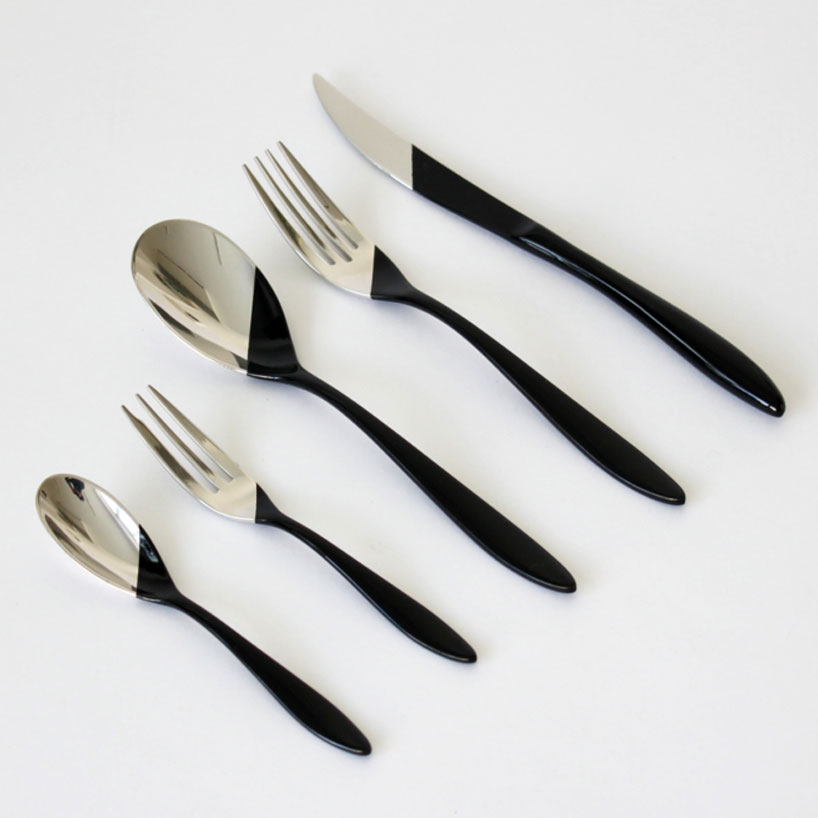 further exploring the creation delicate tableware, satoshi umeno collaborated with kiso lacquerware to produce the ‘koku‘ cutlery collection. a natural lacquer – with a long history stemming from the edo period – serves as japan’s oldest natural paint. this metal coating lacquer was used in the 1998 medals from the nagano winter olympics. for the cutlery, artisans have meticulously hand painted onto each piece and finished with ‘lu’ color – making each spoon, fork and knife a work of art in itself. 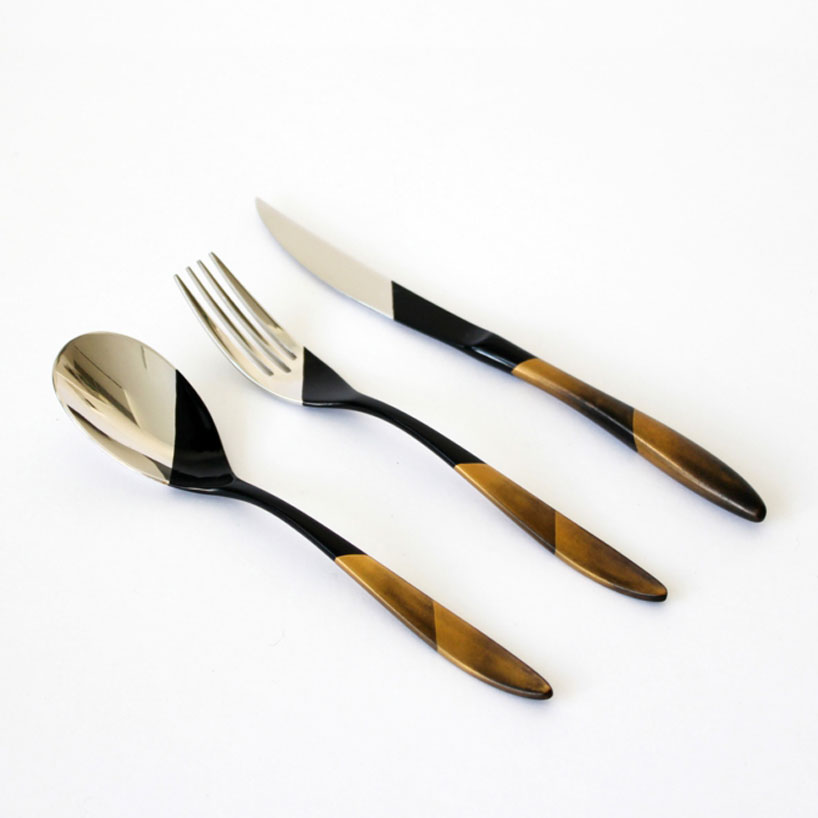 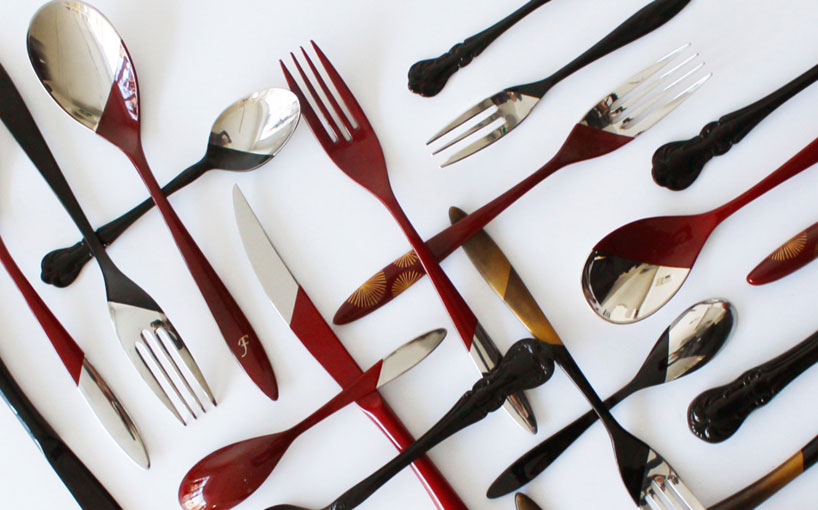 serving as japan’s oldest natural paint, this metal coating was used in the medals from the nagano winter olympics

photos showing the meticulous process of painting onto the cutlery 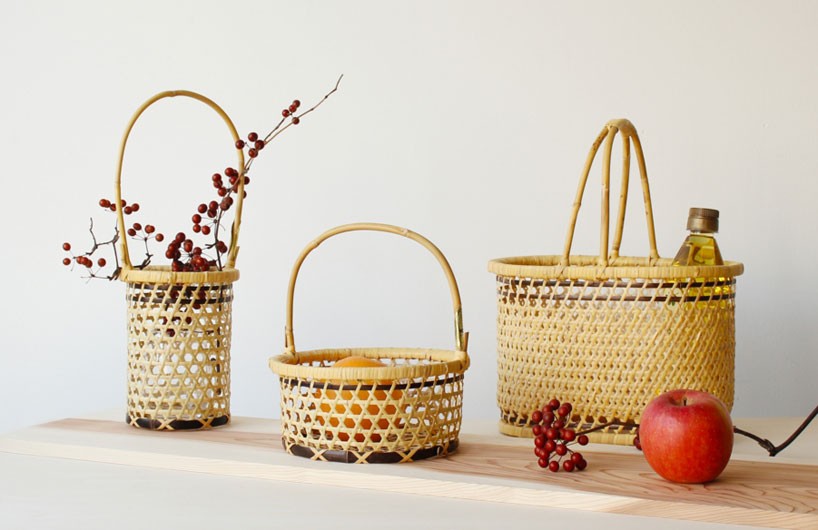 manufactured from bamboo coming from agano city, these intricately weaved baskets from kobayashi midori shop applies traditional methods with new ideas. dried bamboo strips measuring at a finger’s width are weaved to produce the light and flexible containers that can last for 100 years. 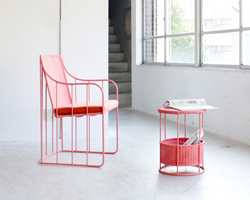