when thinking about the world in all its vastness, its easy to gasp at the unfathomably complex systems that make things the way they are. however, at the base of all that greatness, is a single particle. by itself, it is insignificant, but when put together, anything becomes possible. the smallest part of life is what drove german studio 22quadrat to their solution for spatial graphics and signage at the new offices of schunk group in heuchelheim, germany. 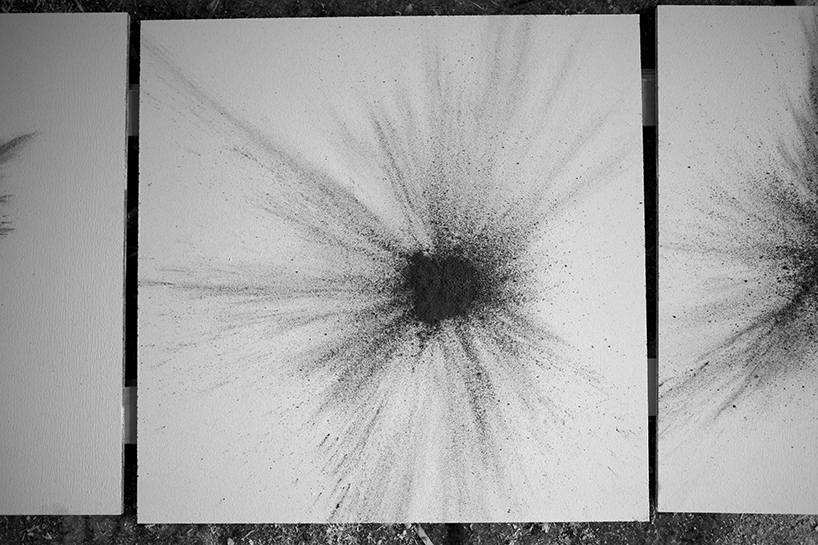 out of the more profound aspect of the proposal, is another more direct point that corresponds to the specific project. each schunk group employee represents a single particle, unable to make change on their own. but when combined with many coworkers, become tools to drive innovation in the company’s various affairs.

22quadrat’s work is visually derived from a series of spontaneous graphite drawings, which was distilled further into single dots. the interior features approximately six million dots that were transferred by hand onto interior walls. signage system and all spatial graphics were completed by 22quadrat in cooperation with frankfurt-based firm MMZ architekten. 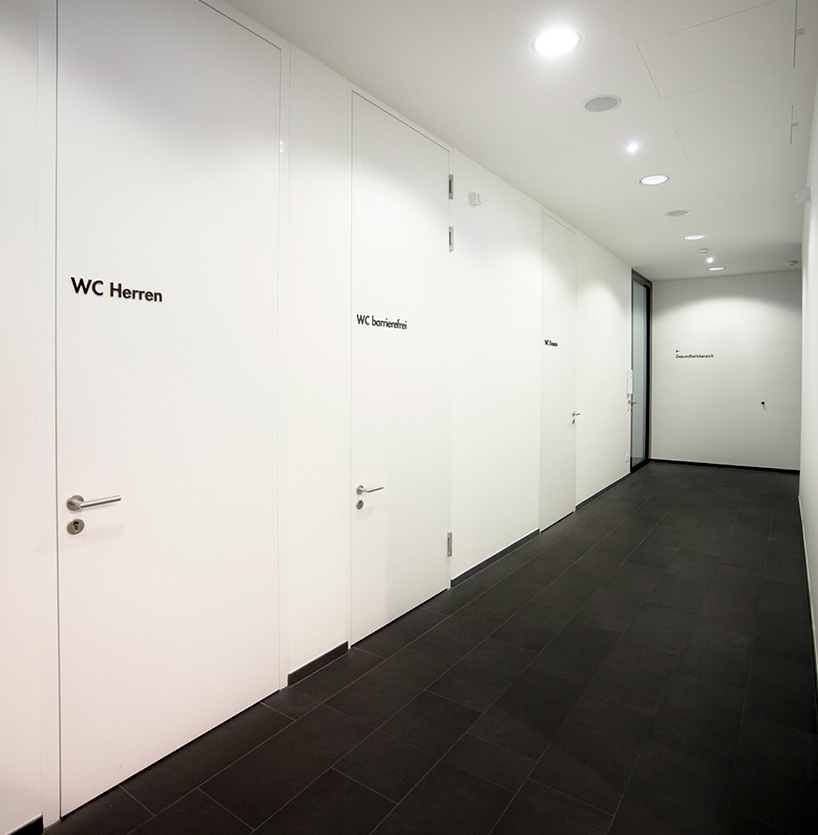 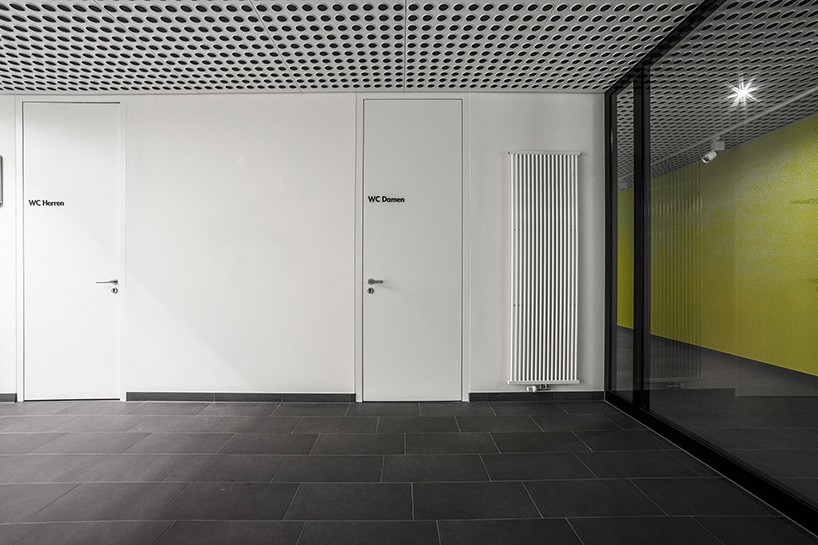 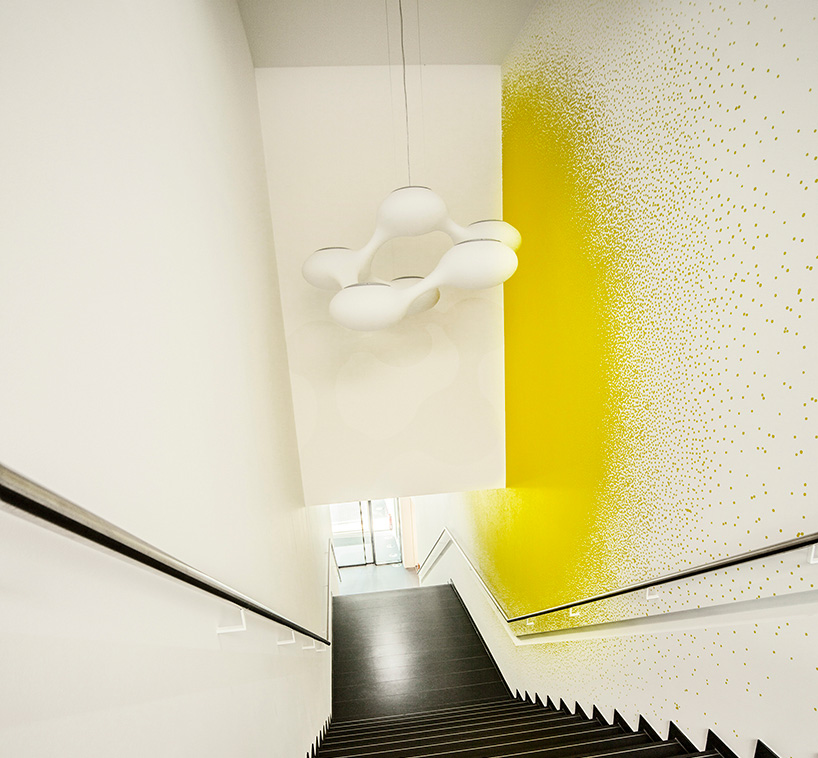 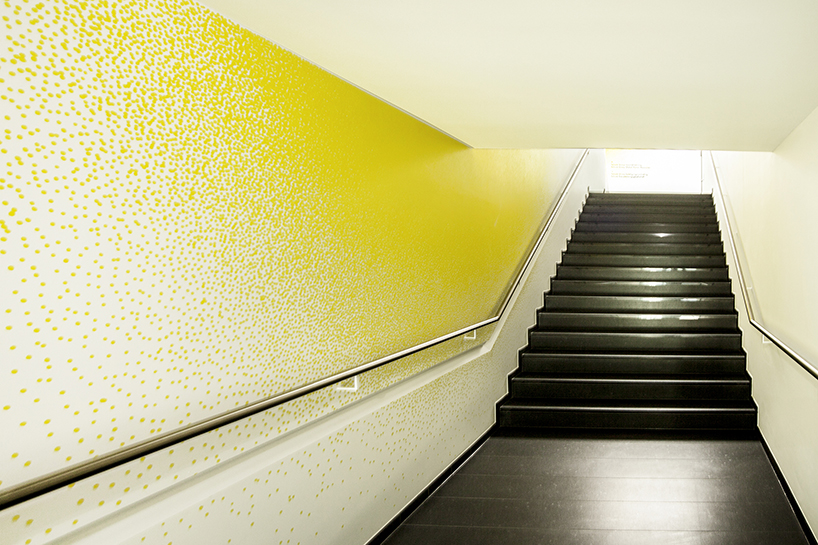 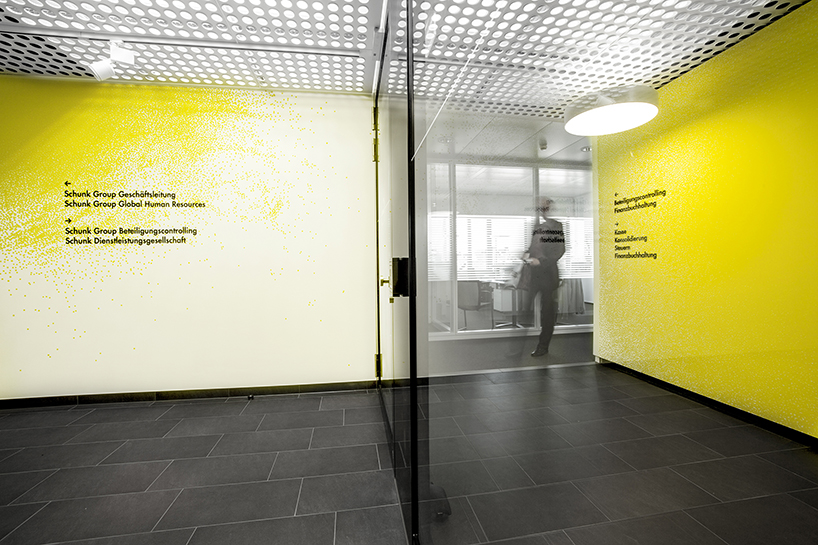 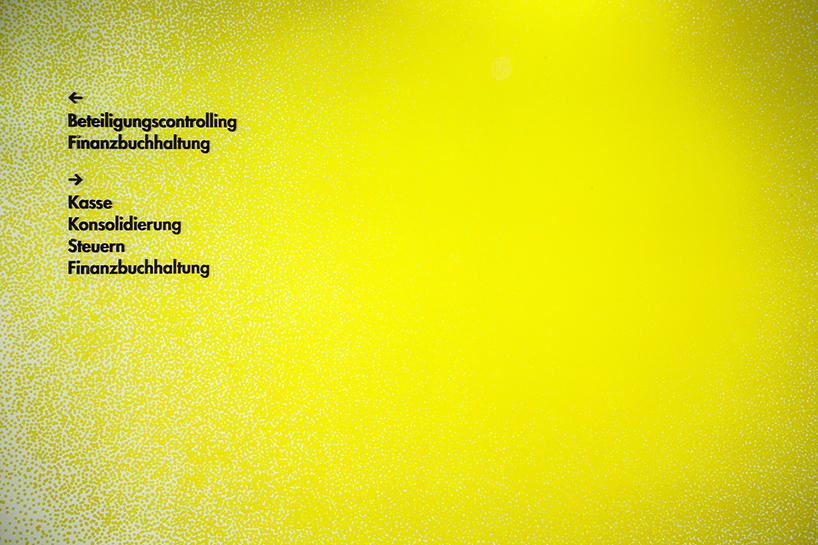 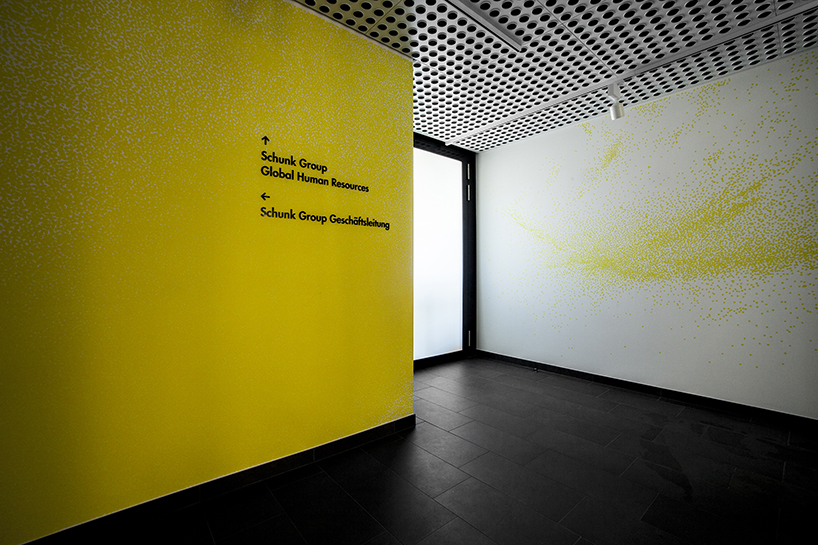 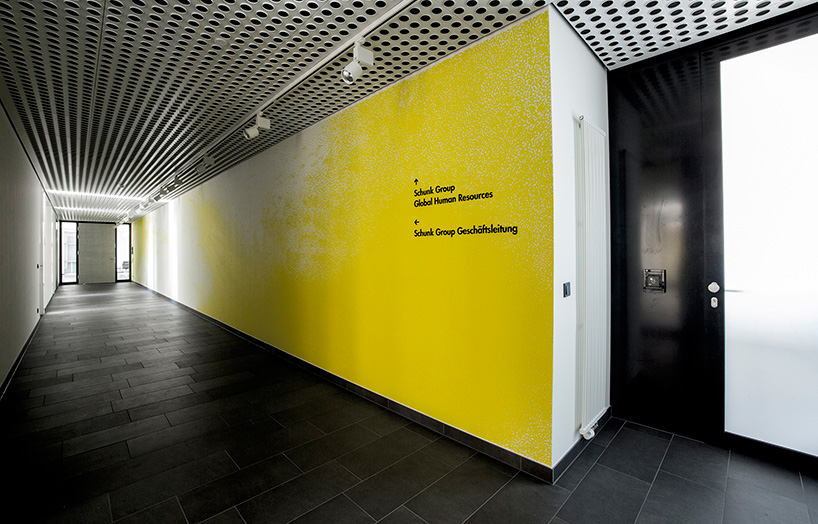 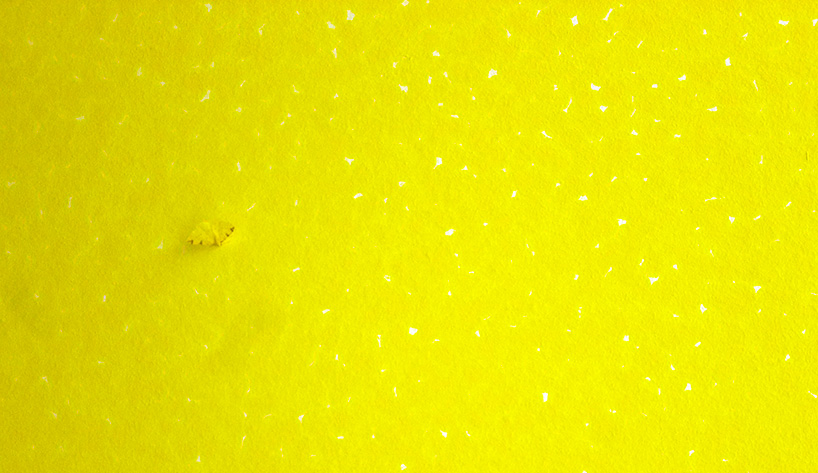