classical vases are normally meant to act as decoration, sitting behind the glass window of a charming antique cupboard. they are rarely touched or used, primarily collecting dust over time. drawing on their function, or lack there off, dutch designer sebastiaan straatsma has developed a contemporary collection of vessels entitled ‘dustcollectors’ fashioned off these historic ‘memory keepers’.

each of straatsma’s vases is made from mixed and hand colored resin which is drawn and splattered onto open structures – self-made moulds and shapes. once the resin is dry, the moulds are removed revealing vibrant objects which stand on their own. here, the resin works both as decoration and construction within one form. a result of an expressive momentum where color, texture and image come together. some of the vases are based on pre-paired working collages while others are the result of a more improvisational expression, making each piece unique. 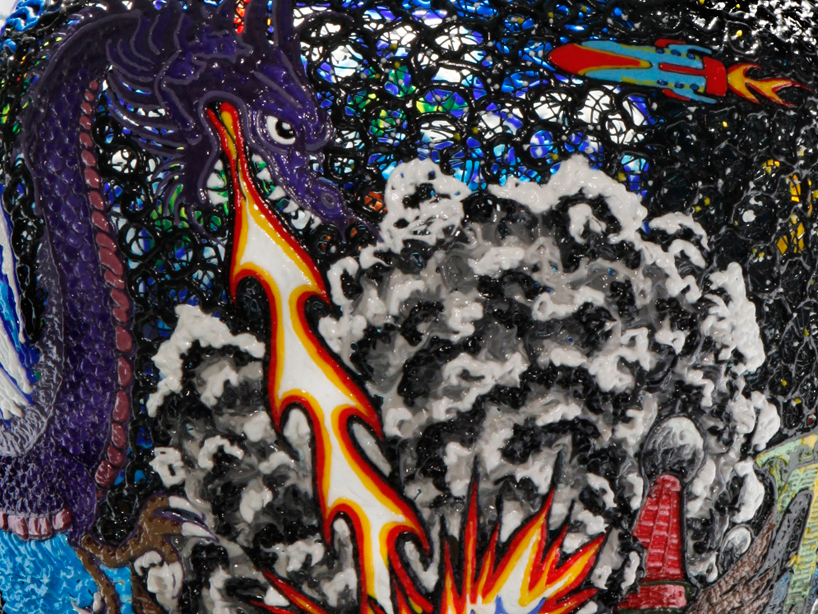 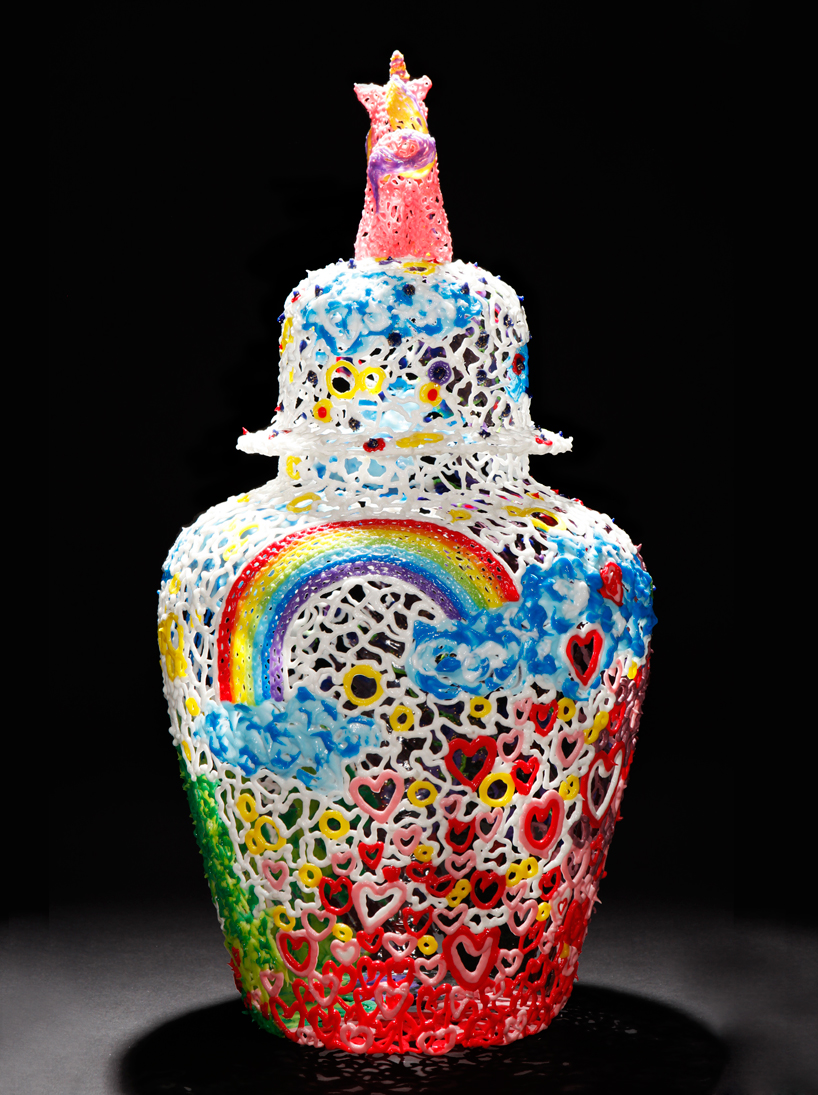 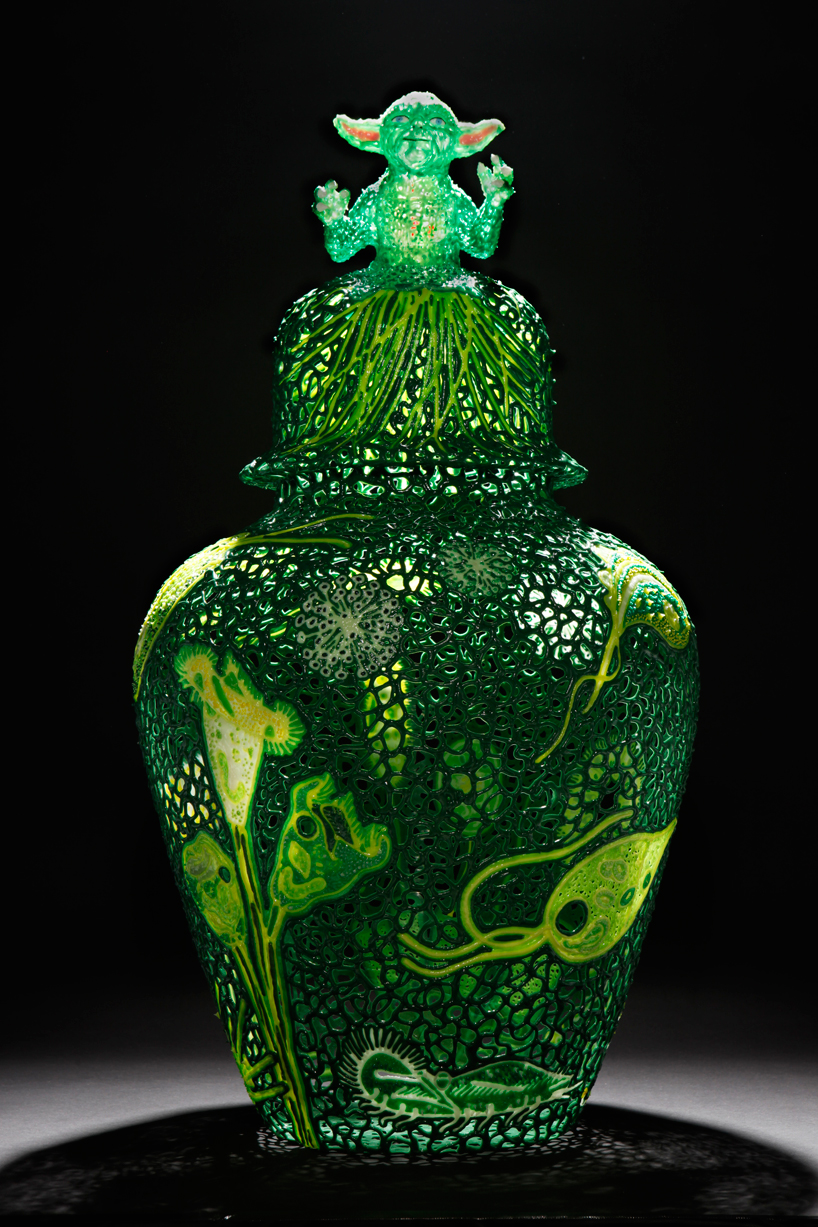 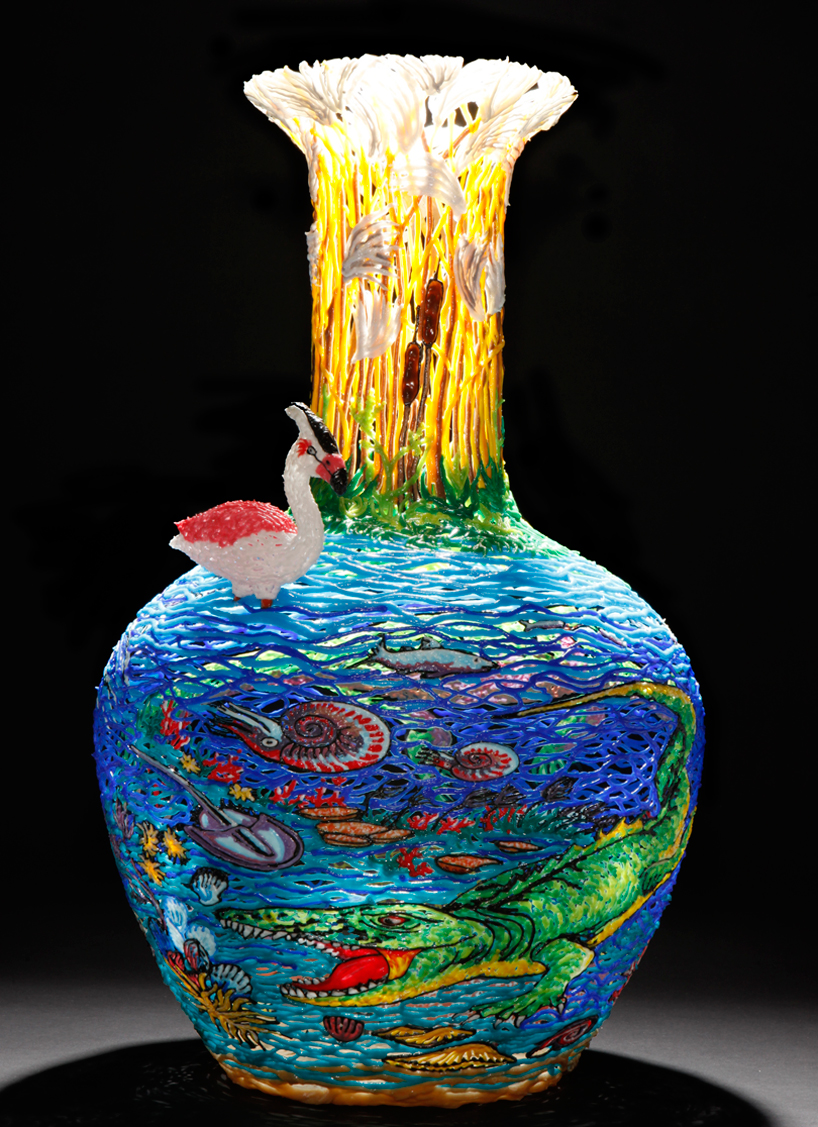 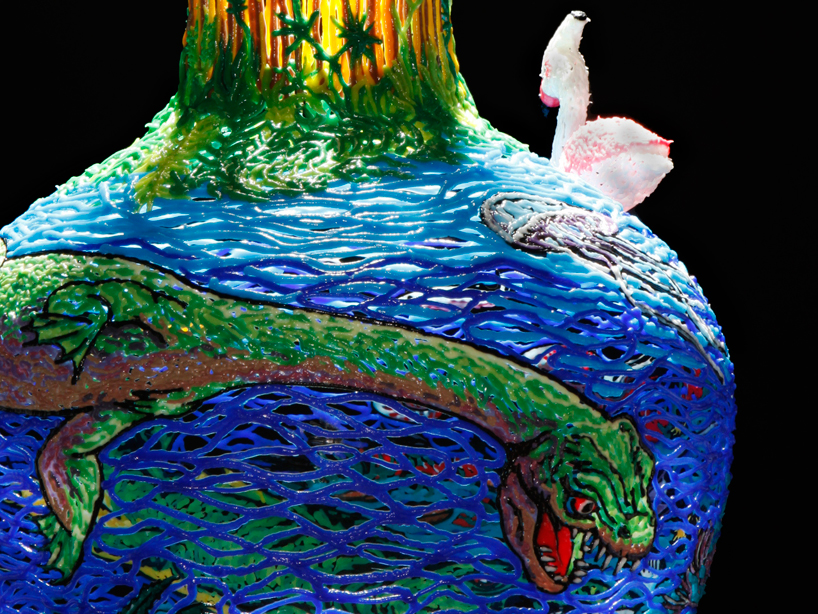 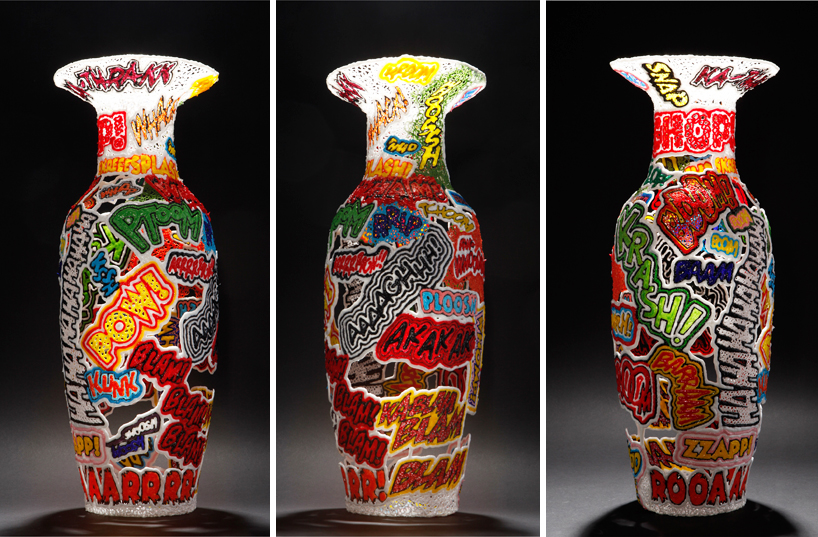 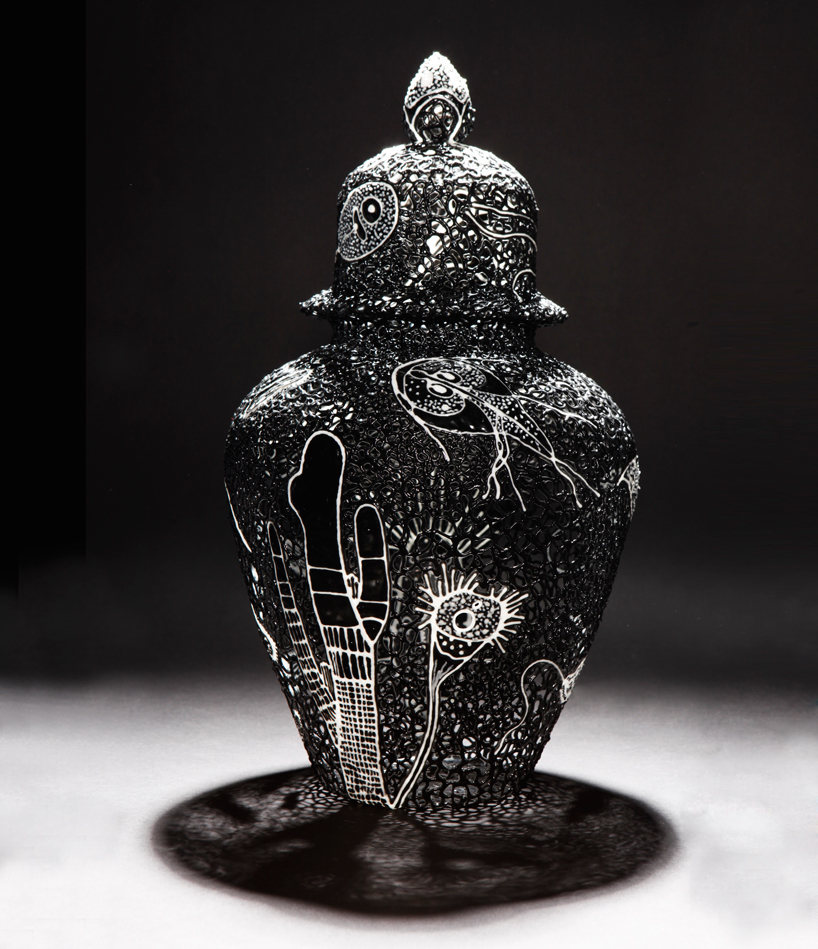 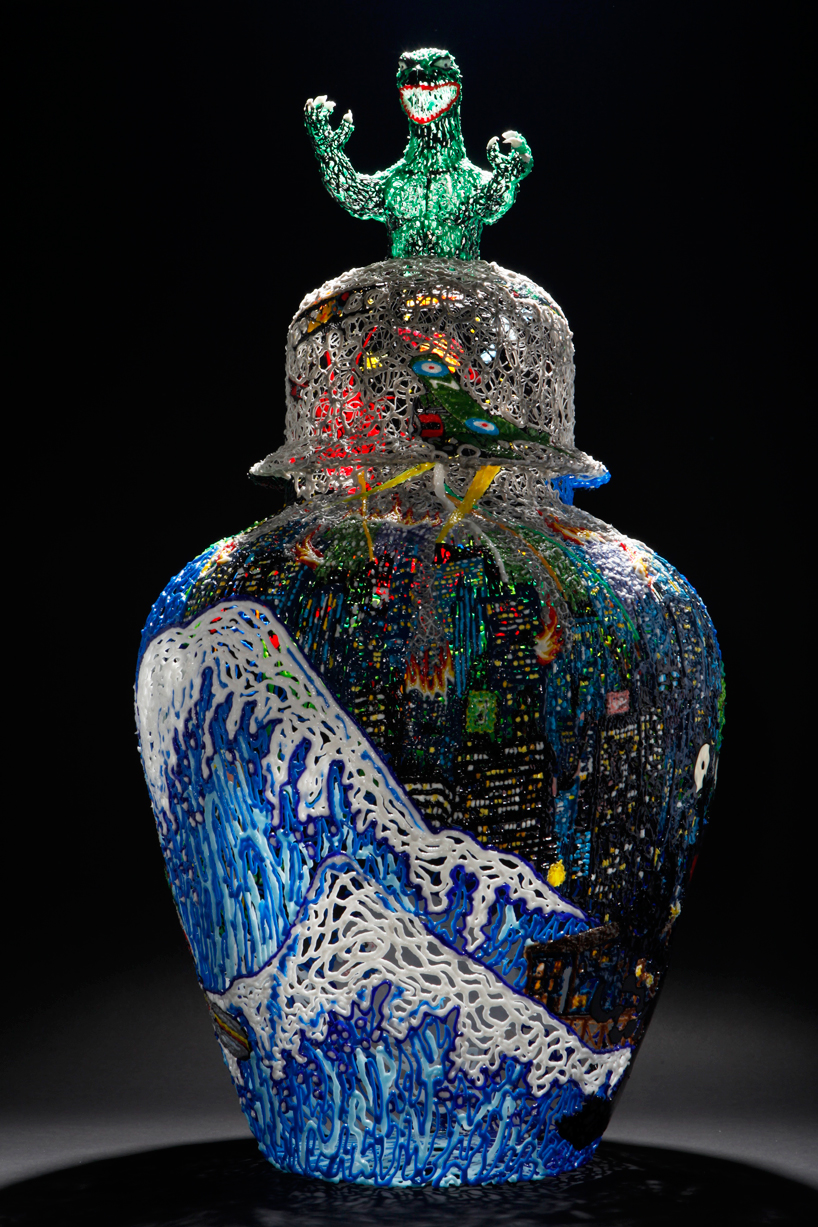 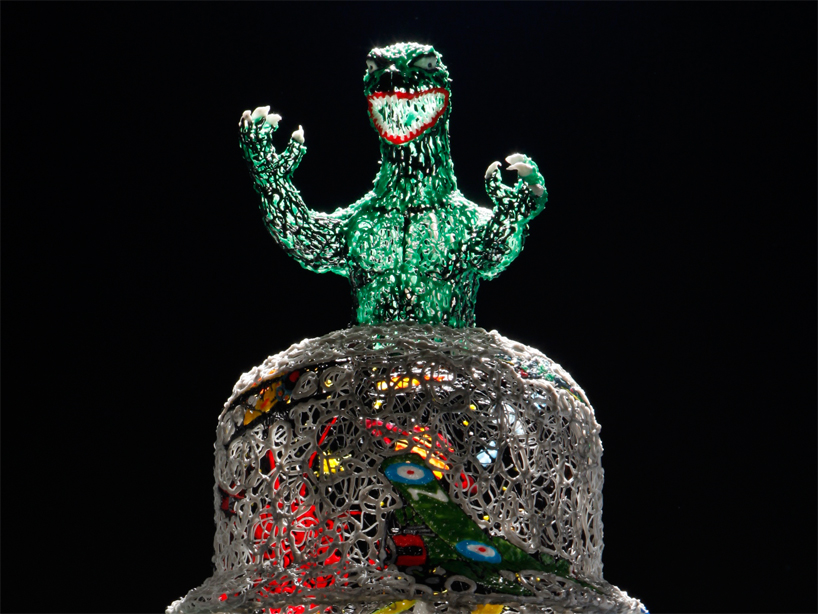 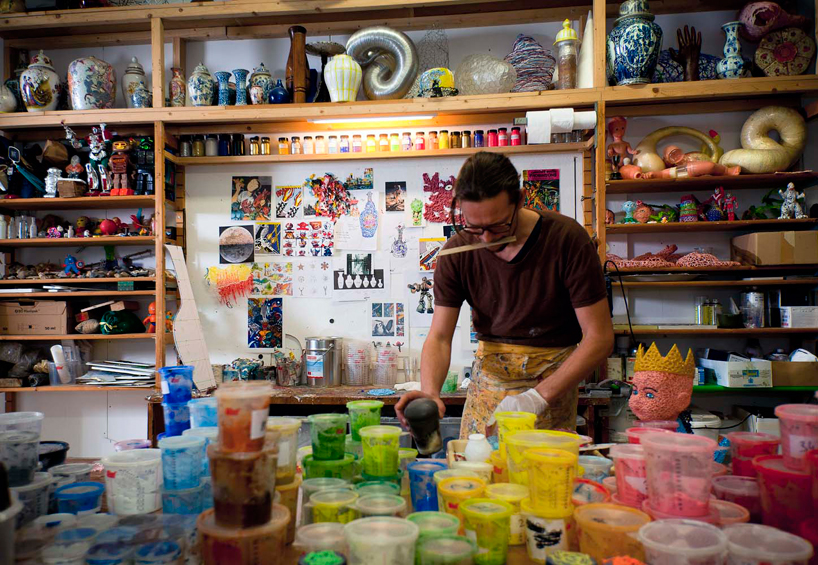 sebastiaan straatsma in his studio 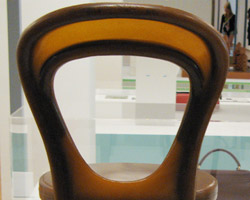 Aug 11, 2022
we+ recycles styrofoam waste into dark, monolithic furniture collection
the project tackles a mountain of styrofoam waste in tokyo to metamorphose it into furniture pieces, directly on site of a treatment plant.
design
0 shares
readers
connections: +690