‘lamp’ and ‘console’ are the newest additions to dutch designer sebastian brajkovic‘s ‘lathe’ metalwork series, on exhibition as part of the carpenters workshop gallery (CWG) group show at the pavilion of art and design (PAD) in the new york art fair.

brajkovic’s ‘lathe’ series spans aluminum tables, bronze benches with embroidered upholstery, and a range of other designs. all share in their process and appearance the use of lathing towards the creation of a symmetrical, rotated form. the two new works, a table lamp and wall shelf, adapt the silhouette-like forms to these common functional objects.all pieces are turned individually out of aluminum on a CNC lathe machine and then hard-anodized. an original piece is then cut in two to create the console with its flattened back, while the flare of the lamps also retains traces of its origin as the cooling ribs of the LED lights used in the device. 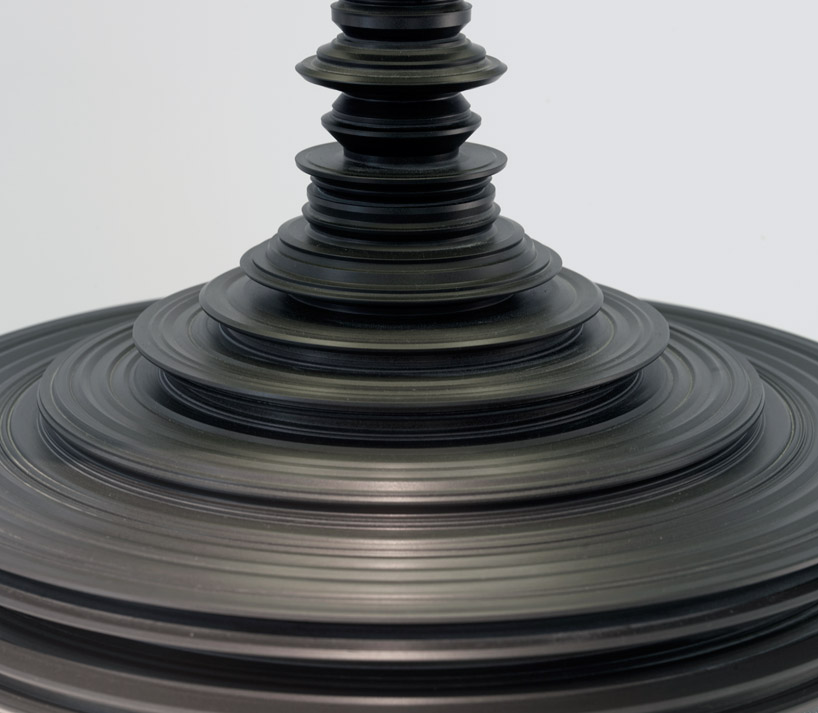 detail of lamp base 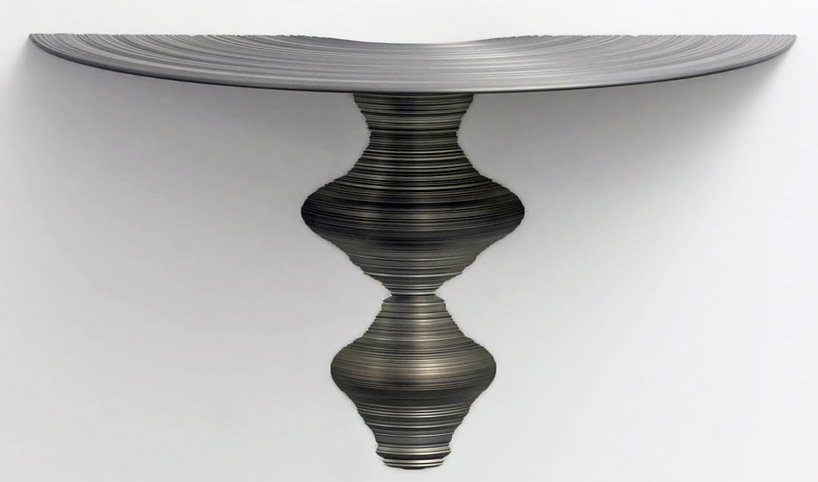 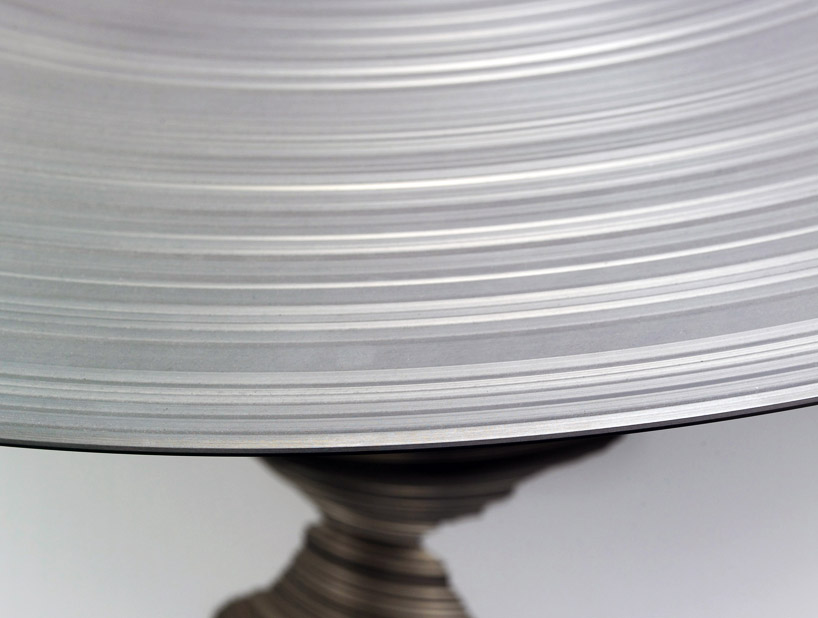 view designboom coverage of other works in brajkovic’s ‘lathe‘ series. 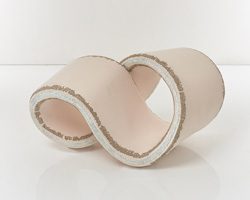 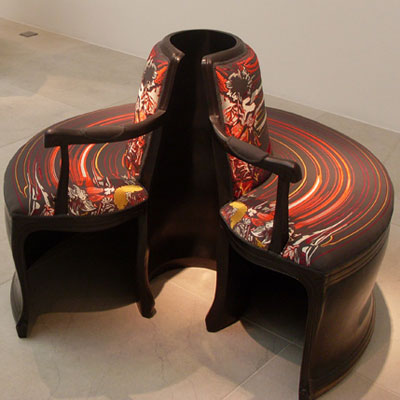