for a solo show at cristina grajales gallery in new york sebastian errazuriz presents a series of functional sculptures, which embody his translation of craftsmanship and mastery of material into fine art. the new york-based designer reinvents the standard typology of a cabinet with ‘magistral chest’ and ‘wave cabinet’, as a revisualization of the domestic, quotidian objects that surround us. ‘I’m inviting people to look at one of the simplest forms of furniture design and to forget that we’re talking about furniture, instead to see it as a way of breaking a box.’ errazuriz describes. 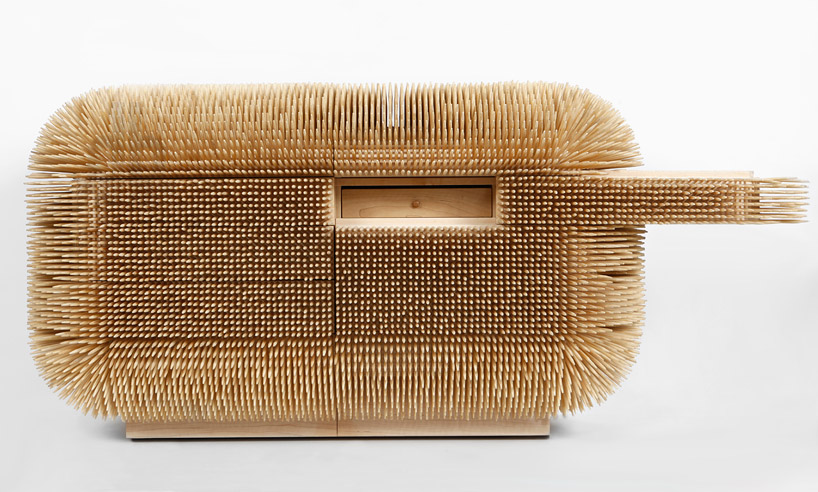 as a visualization and embodiment of a cabinet’s principle intent — to store and protect items held inside — ‘magistral chest’ bears an aggressive exterior skin, comprised of 20,000 outward facing bamboo skewers. thousands of handcrafted wooden sticks have been individually inserted into the volume, forming a porcupine-like shell that beckons a new relationship when opening and closing the object. 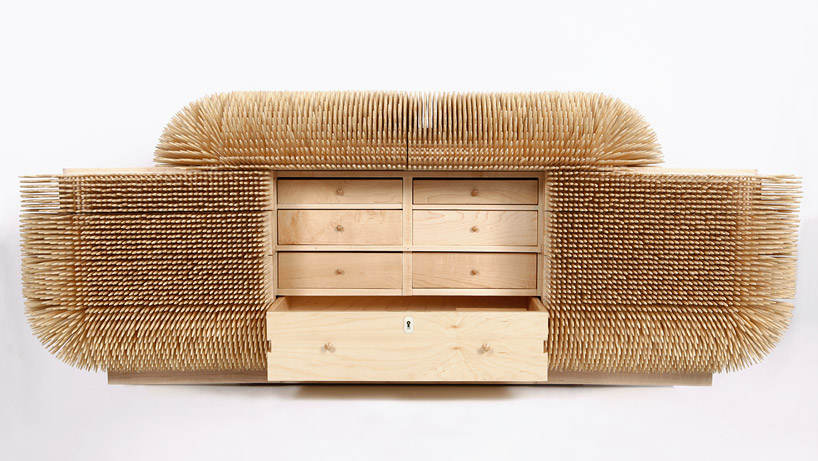 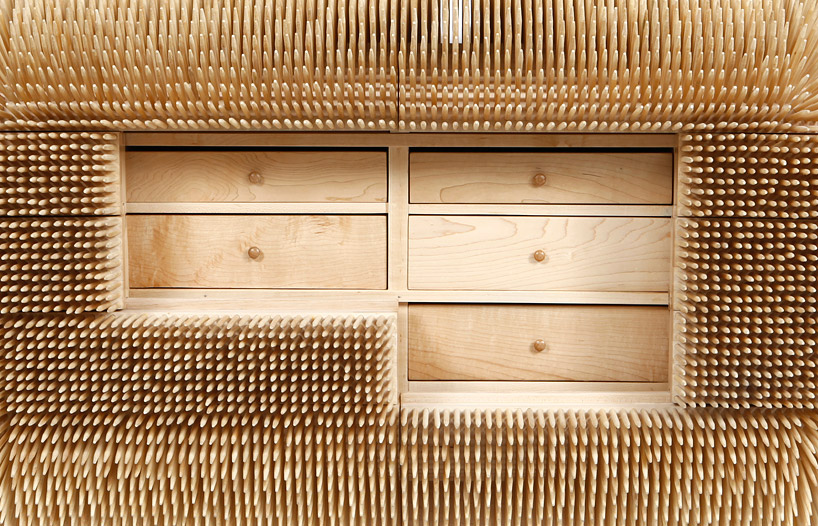 wooden sticks have been individually inserted into the volume 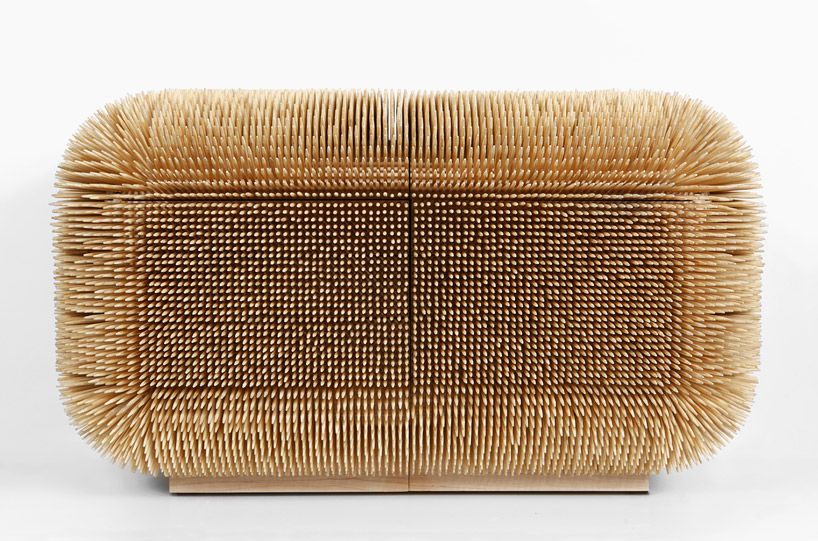 ‘wave cabinet’ has a vertical orientation ‘like the scissor doors of a lamborghini’. multiple configurations allow for various interpretations of the aperture, reengineering the familiar process of opening and closing. white slats resembling piano ivories rotate to reveal internal space, twisting and revolving around the rectangle in several variations and undulating adaptations. 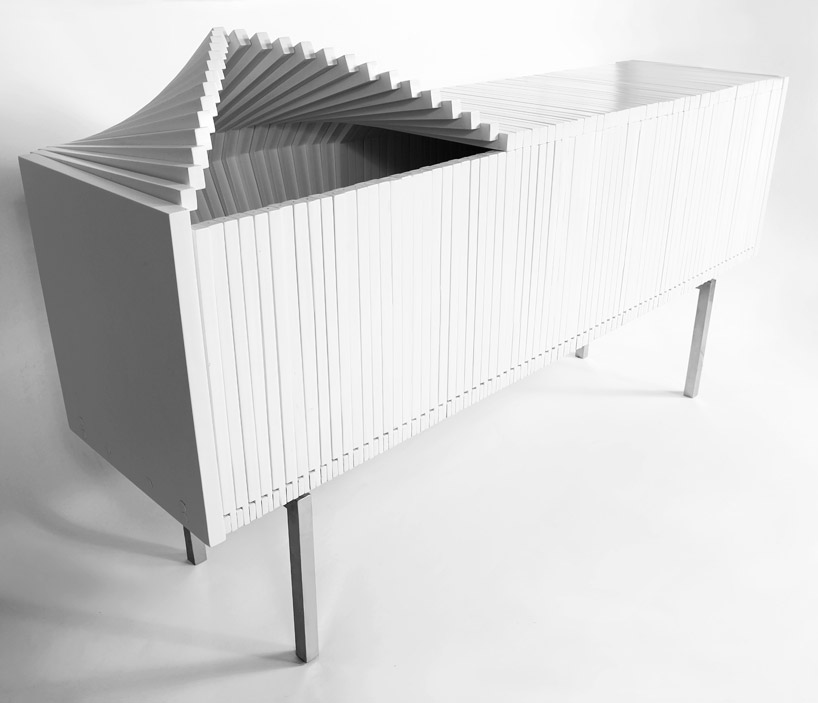 ‘wave cabinet’ has a vertical orientation 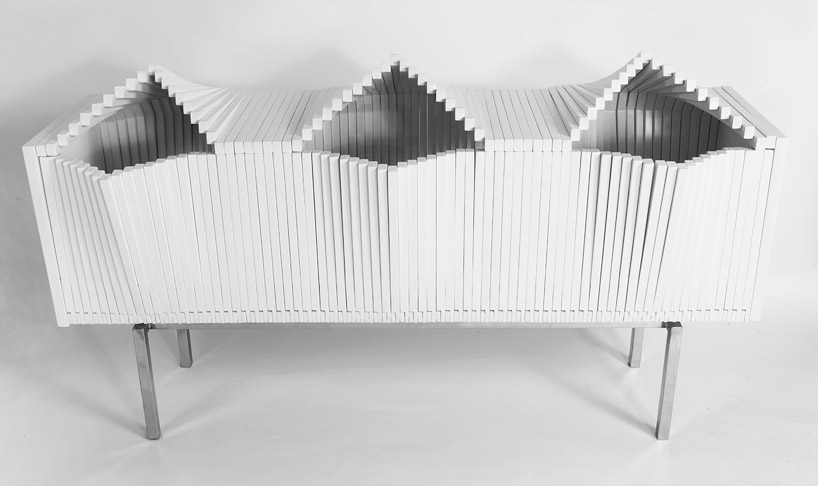 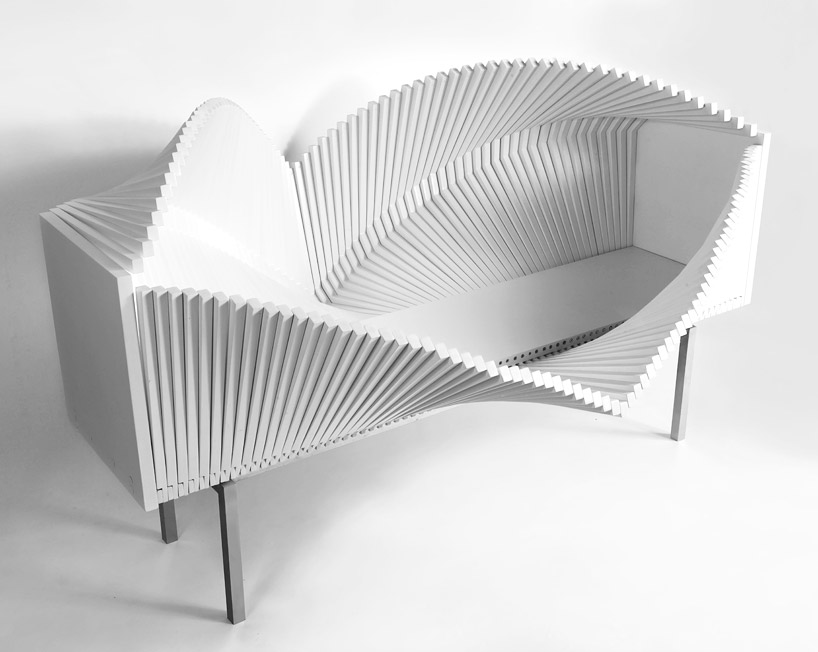 an undulating wave results from pivoting the slats 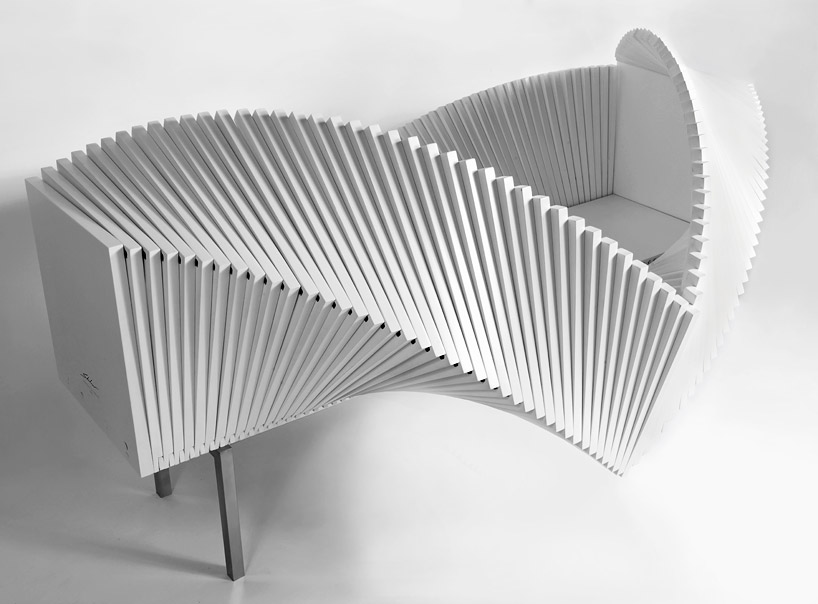 twisting and revolving around the rectangular form 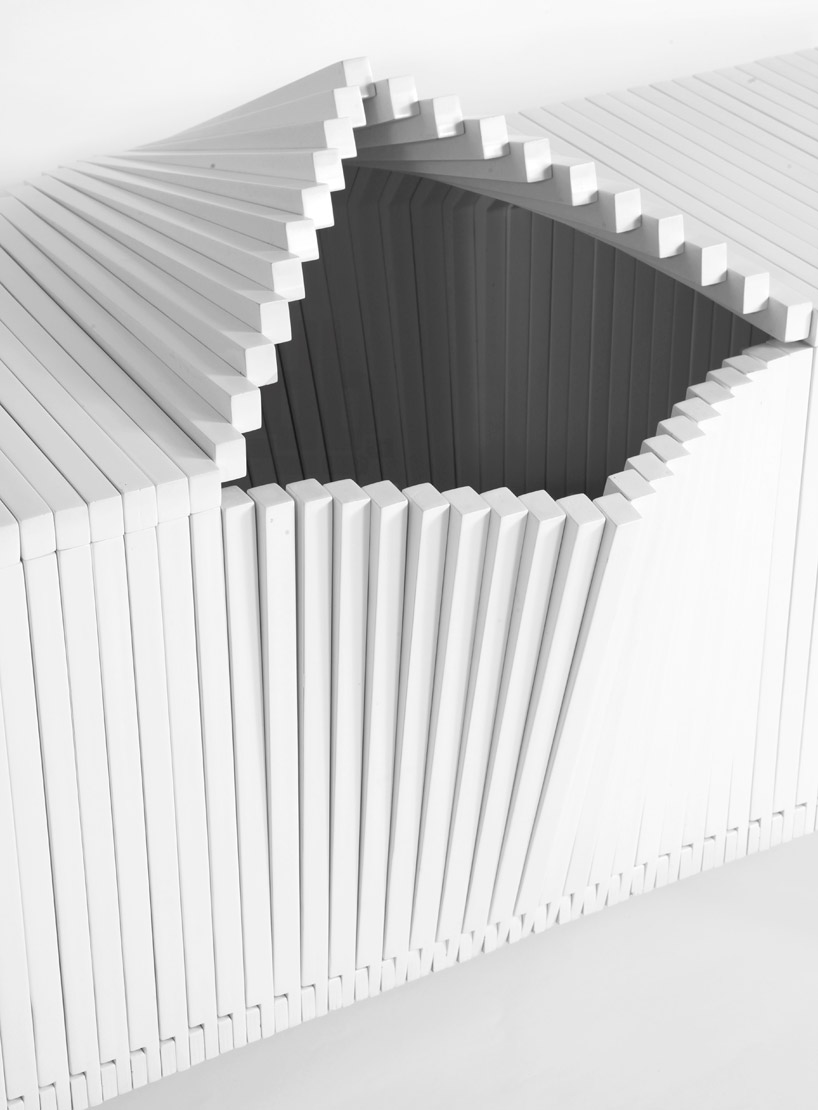 the opening reconsiders the familiar process of opening and closing 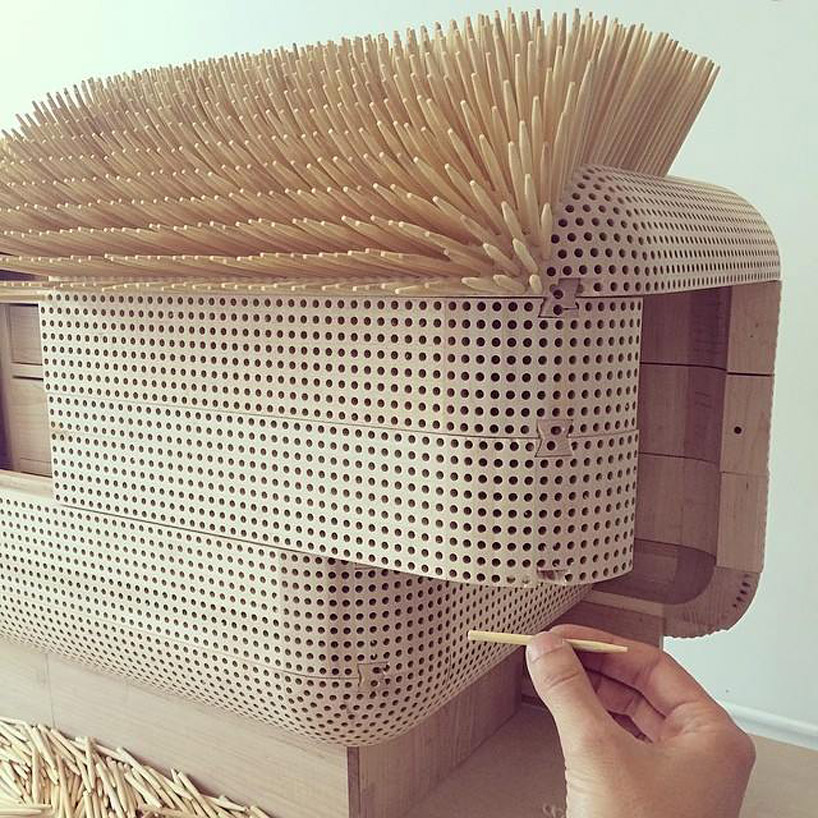 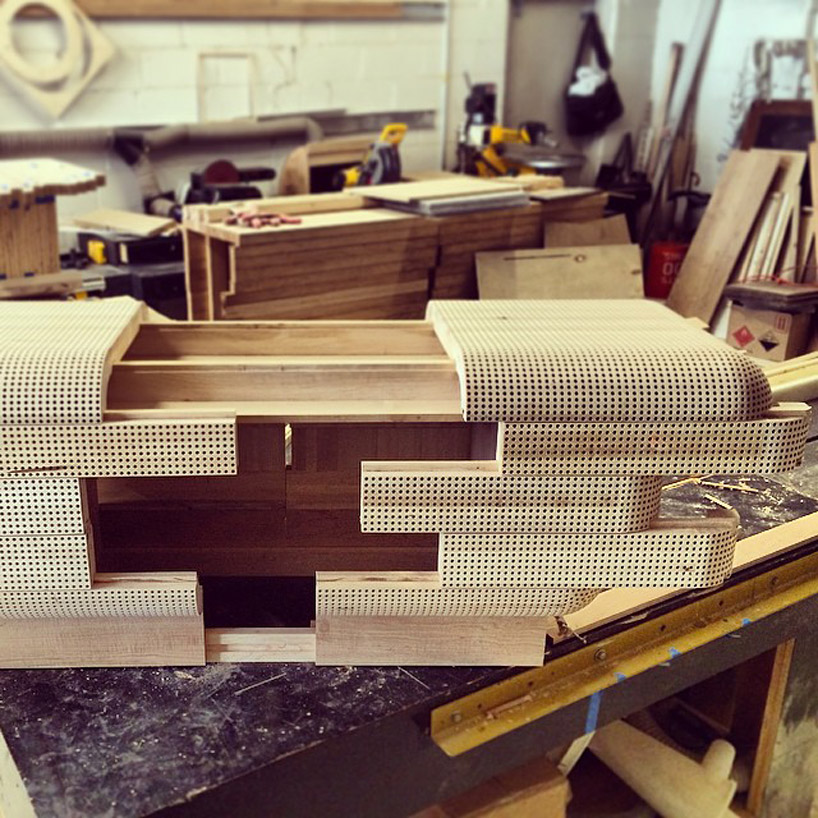 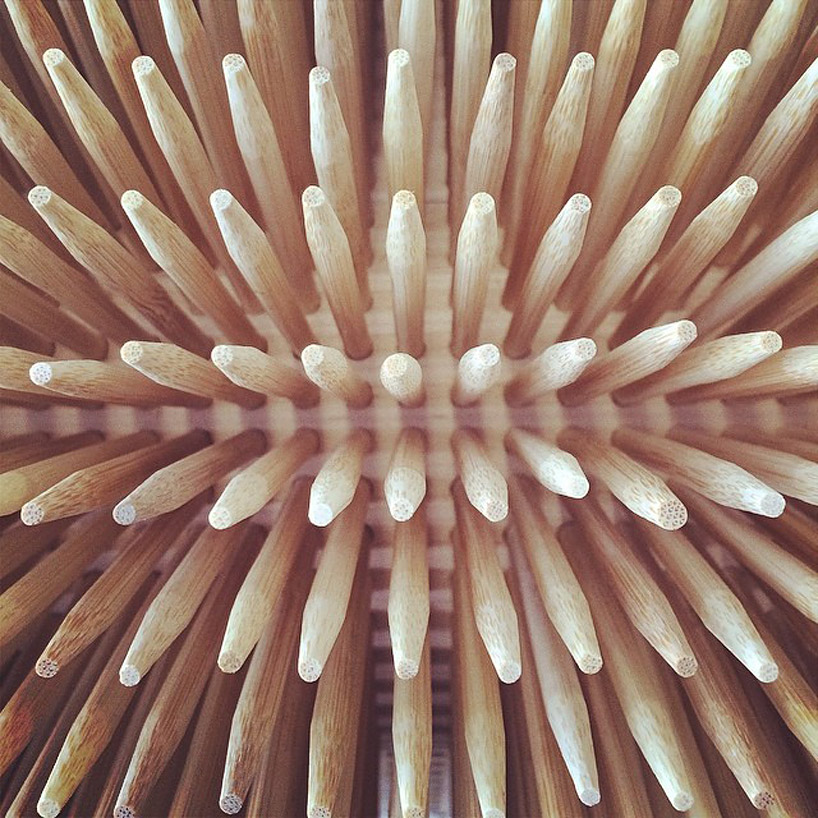 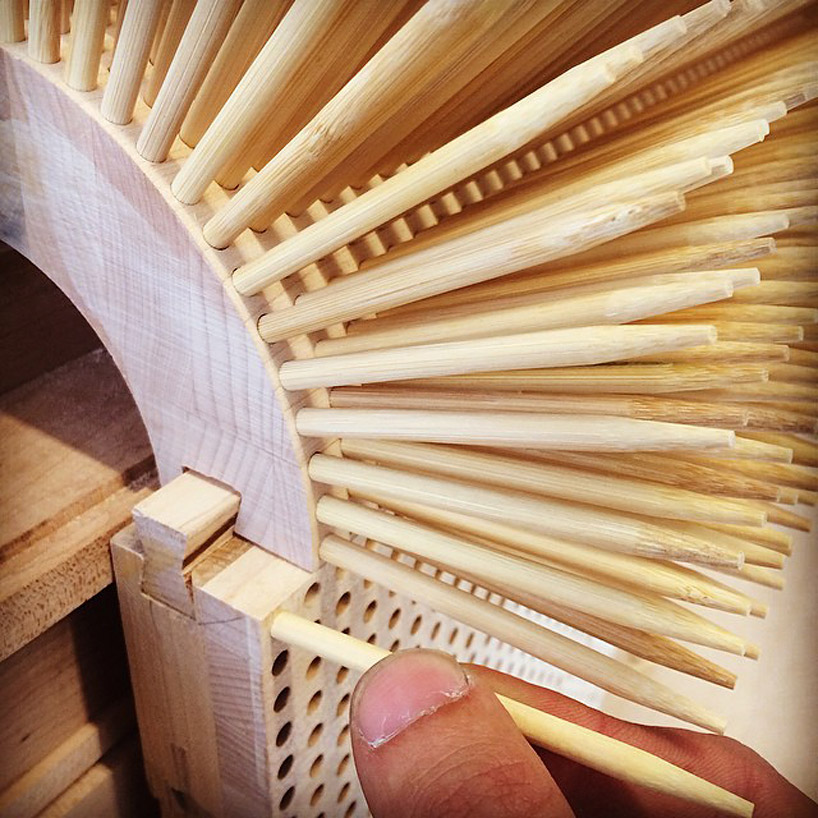 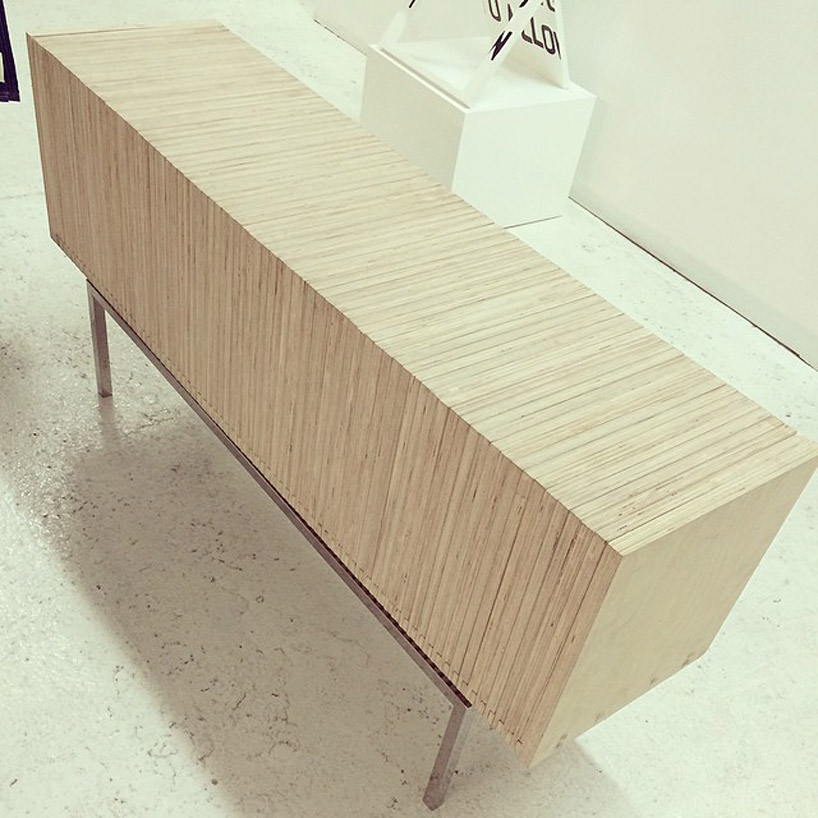 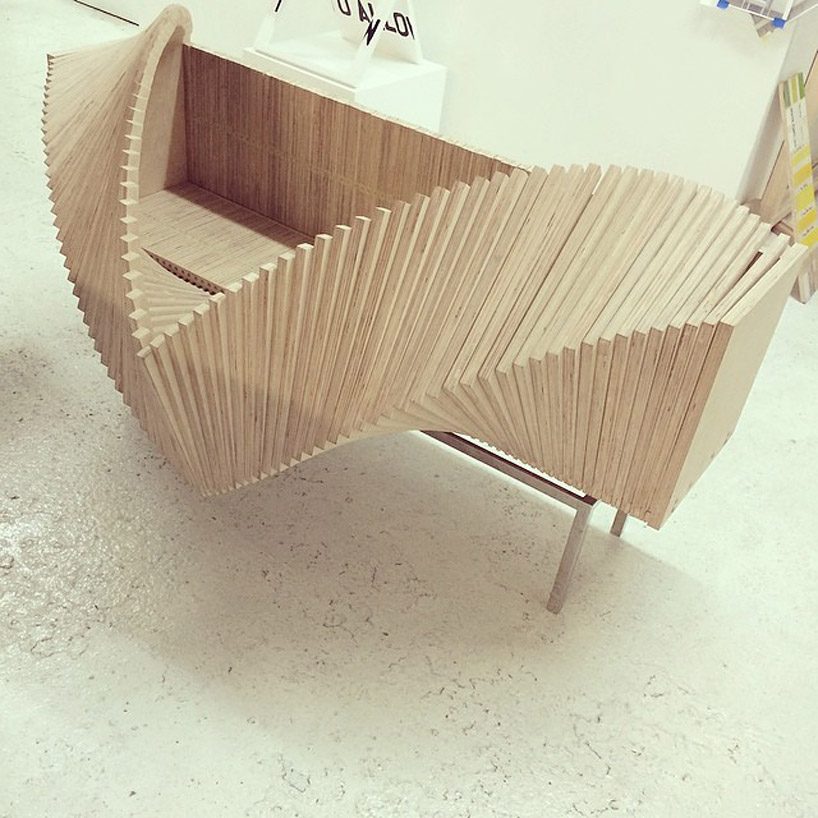 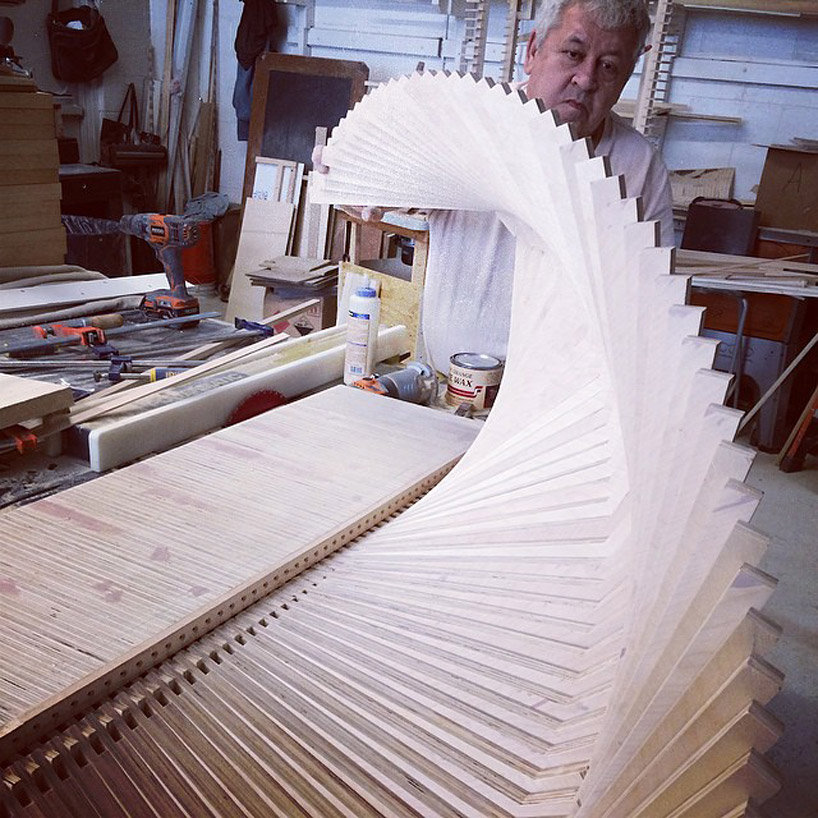