spain-based french designer sébastian cordoléani has created, ‘alcove’; a table or hung lamp formed from ​​a single sheet of paper which is bent in order to form an arch by which the piece becomes freestanding. as a table lamp, the slightly reflective white or colored paper provides a niche in which one may work or showcase prized objects. the colorful lighting implement emits a diffused beam, softly illuminating the table and objects placed within the curved space. a very similar affect is produced by the lamp hung from a wall, yet, devoid of the table as a reflective surface, the light of the lamp is further diffused beneath the folded shade.

‘alcove’ as a hanging lamp

clockwise from upper left: step one in folding ‘alcove’; step two; step three; and ‘alcove’ in its completed form 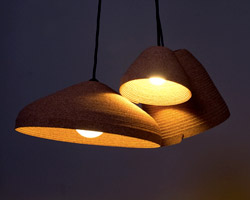 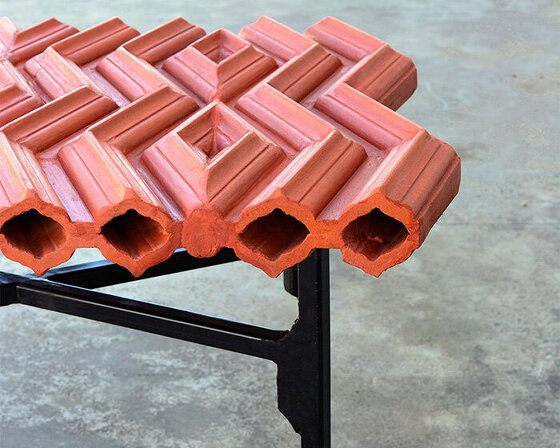 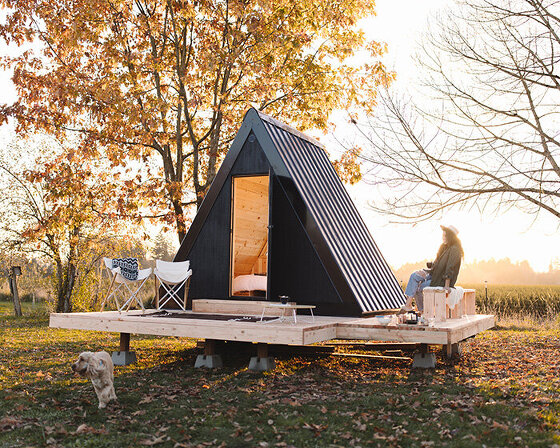 Mar 04, 2021
bivvi camp is a portable, modular and sustainably-built A-frame cabin
bivvi cabins are designed to fit onto their own purpose-built trailer for a seamless method of delivery to customers.
design
388 shares
connections: +280