umbrellas have been around for a very long time. whilst the common umbrella we know today, featuring foldable steel ribs under the canopy, was first sold by englishman samuel fox in 1852, parasols in various shapes have been recorded as early as ancient china. still, despite its 4,000-year-old history it seems the modern day umbrella has yet to reach its full potential. in its evolution so far we’ve seen the reversible umbrella, in response to the nuisance of sopping brollies; origami-inspired attempts to strengthen its form and function; and of course the hands-free umbrella drone, an AI-intelligent prototype programmed to protect its user from the elements. 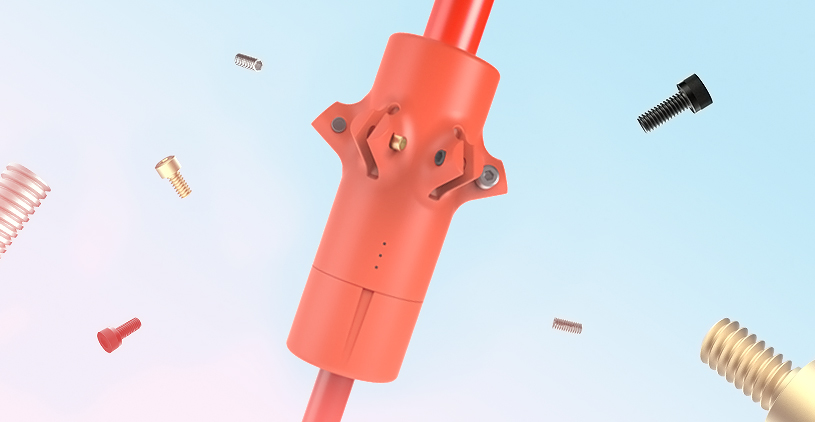 israeli designer liad david thinks the real innovation when it comes to umbrella design is in redefining the relationship between the object and the user. she imagines the popular use of an easy-to-repair umbrella designed to put the shelf-life of the product in the hands of the person using it. MYU is an umbrella that allows the user to repair and change it by using simple components such as screws, rods and fabrics, which are readily accessible. 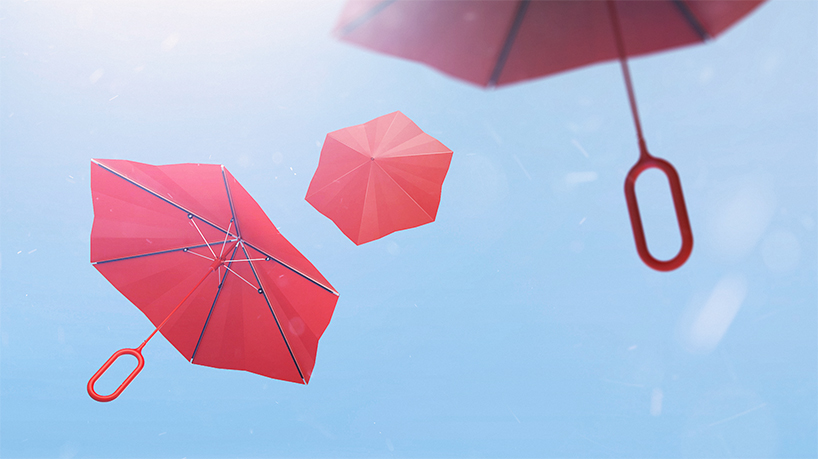 david sees the self-repair element of a product as a starting point for a significant change in the consumption of disposable products. the MYU is designed so that an immediate replacement of damaged parts and repair is possible with minimal effort.as a result, the use time of a single umbrella can be easily lengthened, creating a long-term relationship with the user. 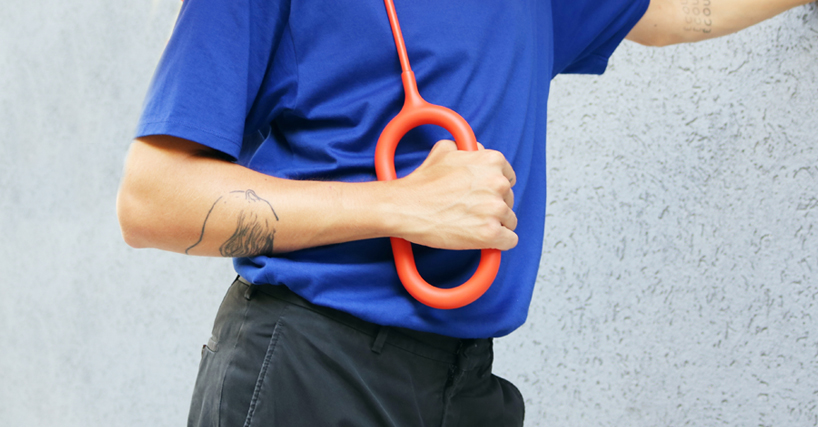 ‘creating empathic relationships with our products will permit the extension of their shelf-lives and allow us to have a greater user experience‘, david explains. ‘repair it yourself is better for the environment, saves your money and makes us attached to our objects. the ability to ‘fix it yourself’ gives back the designers the power to extend shelf-life of products and calls’. 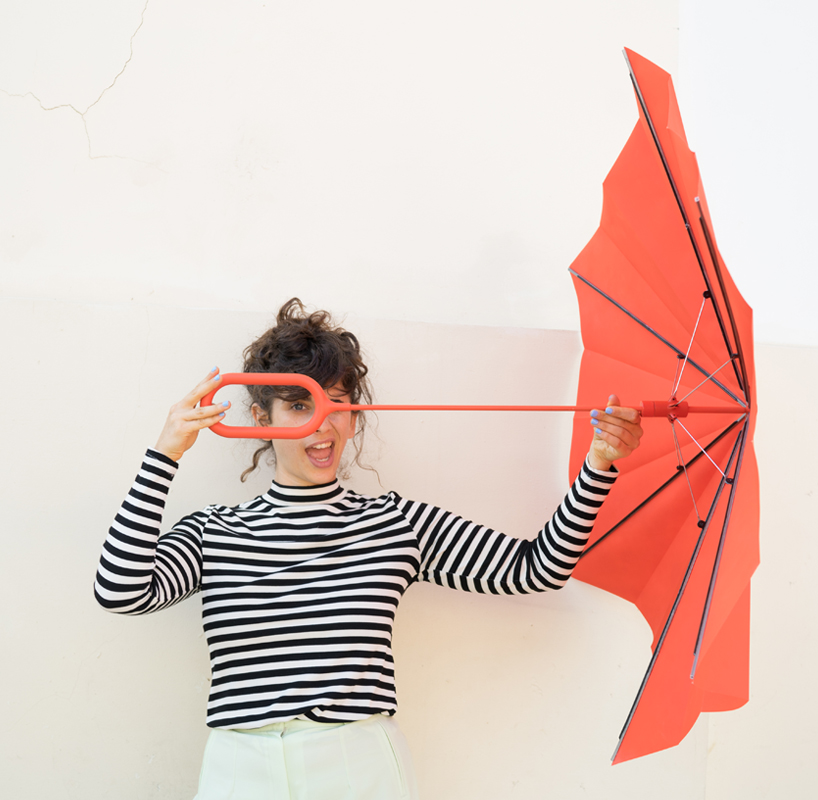 all other photos by tali tsour 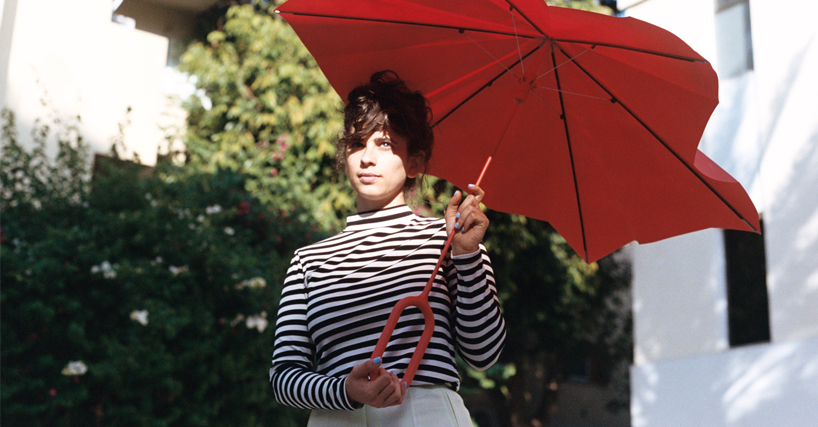 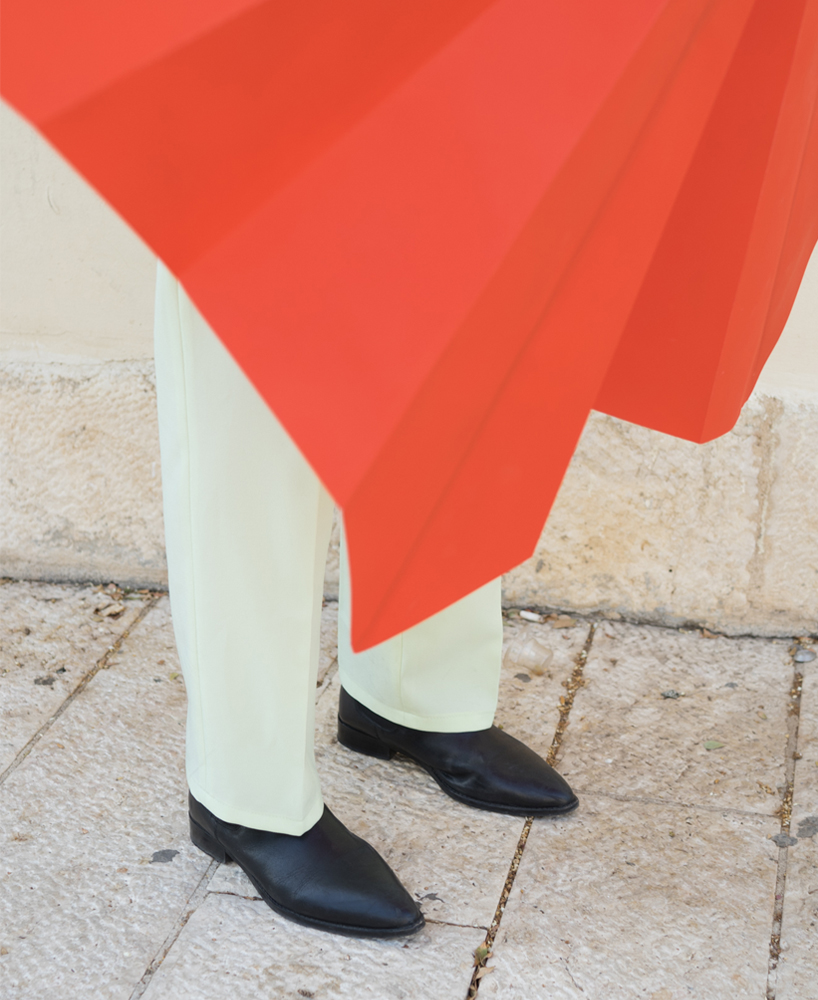 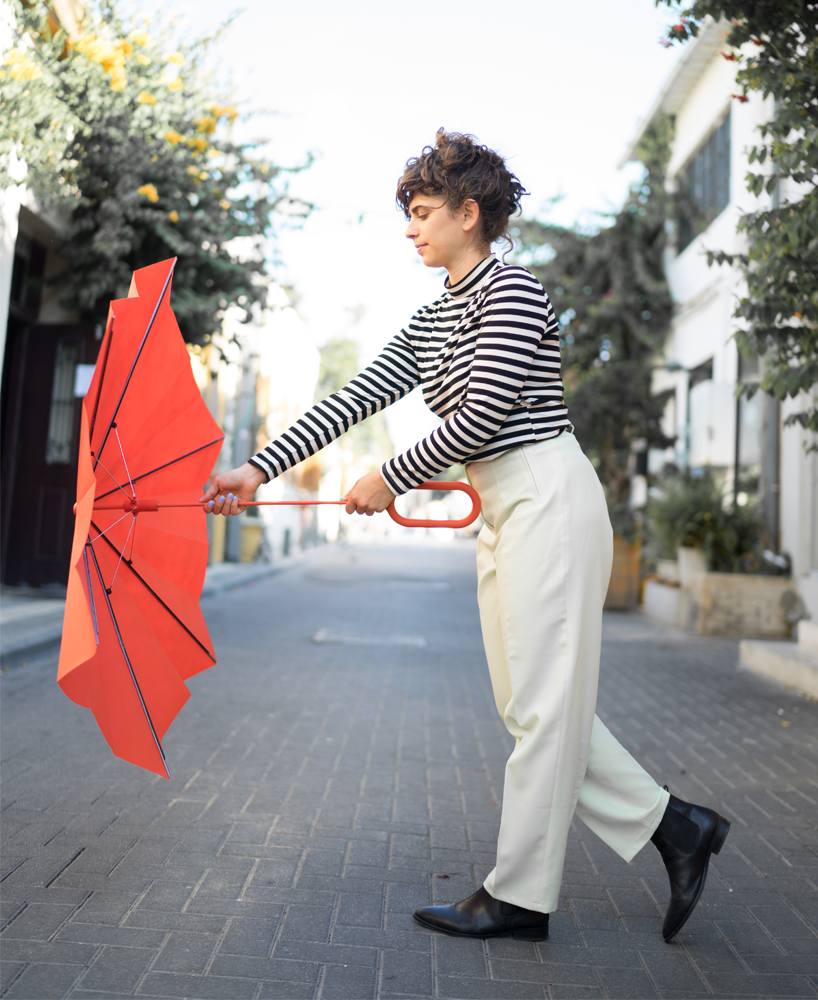 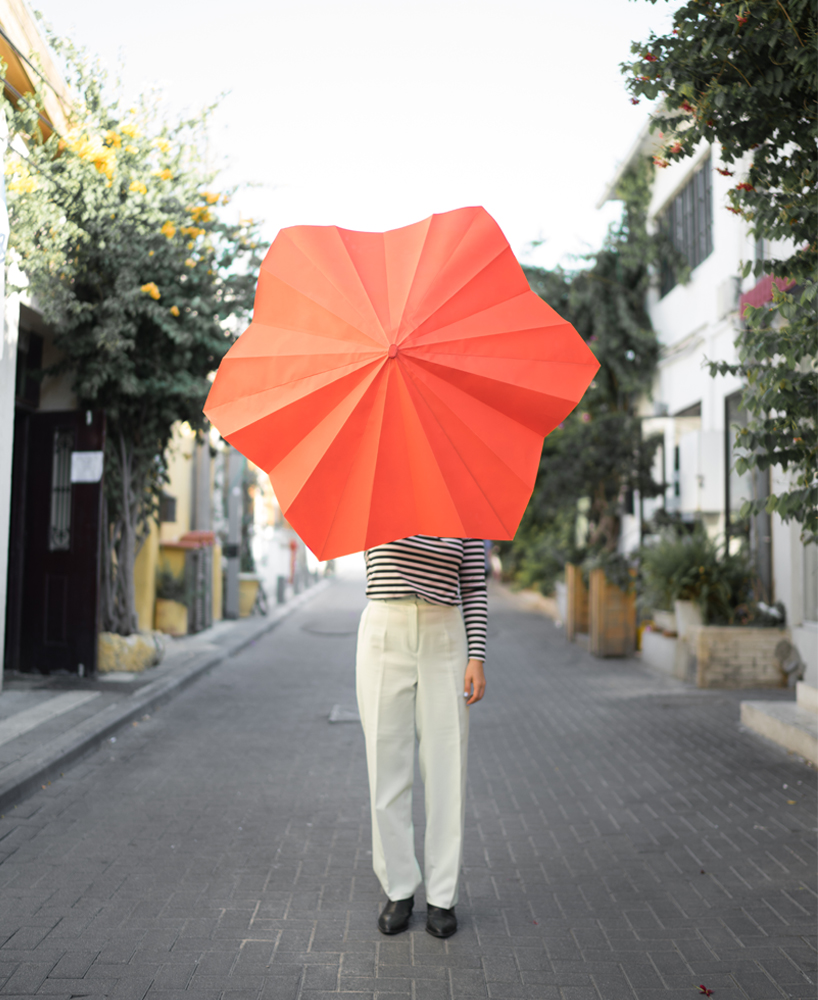 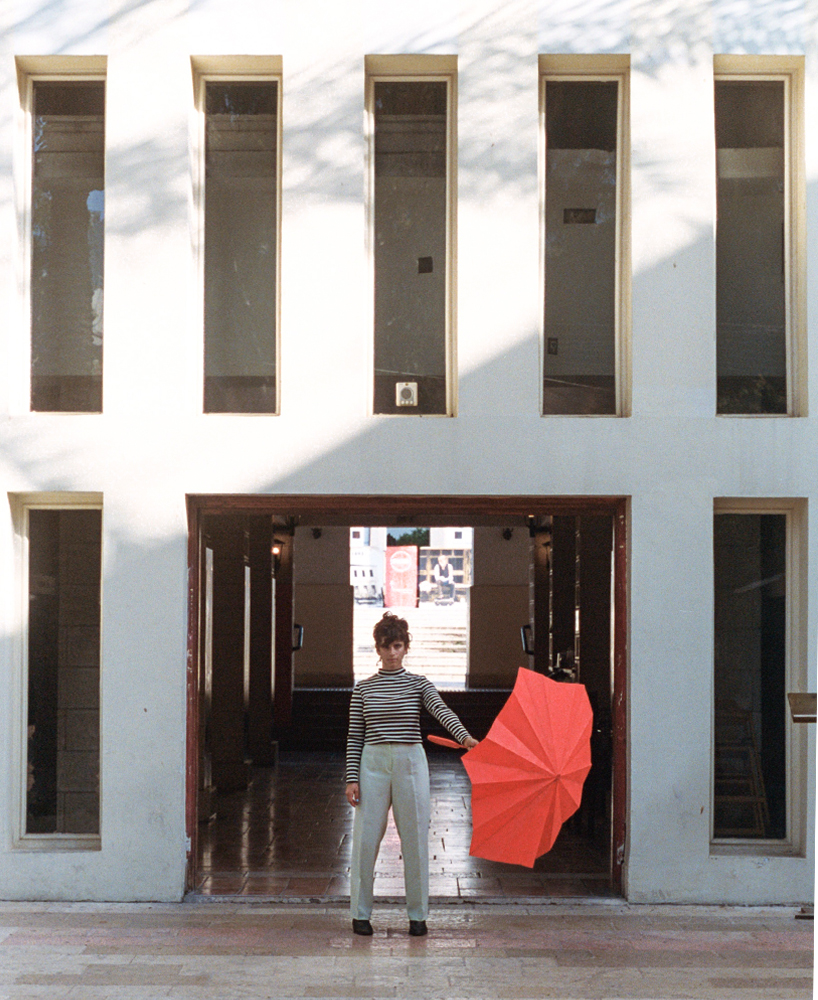 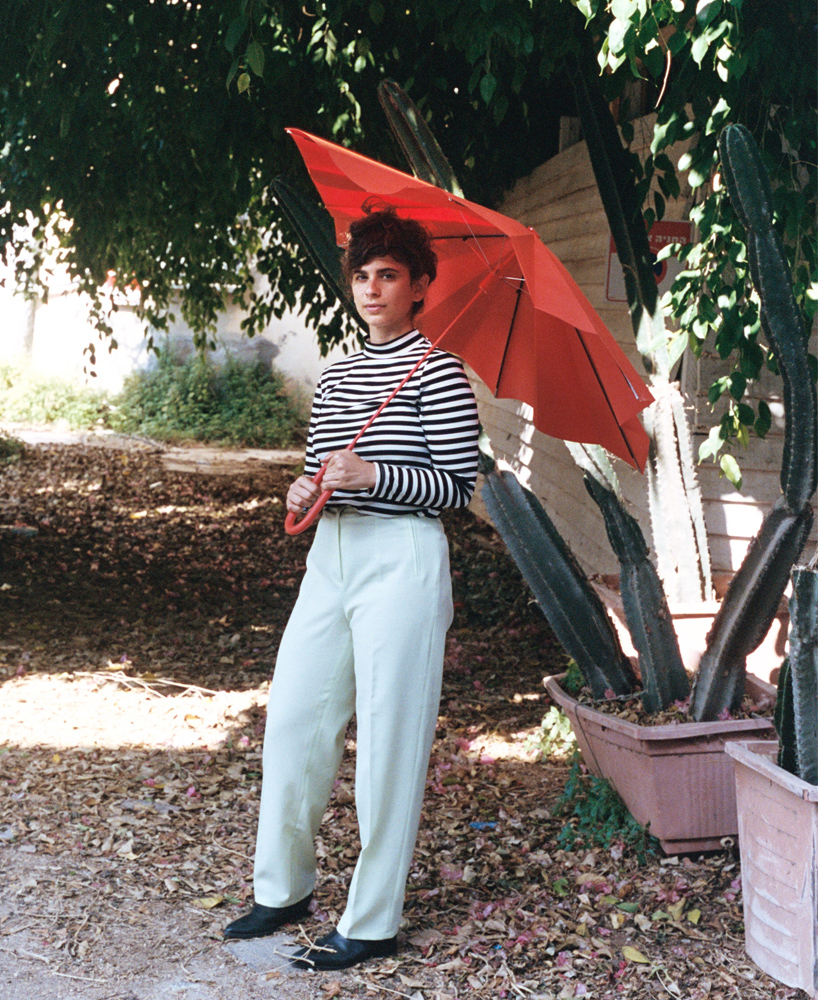