maison et objet: exploring plane geometries through light sinuous designs, italian designer serena confalonieri uncovers her kyma homeware collection for manufacturing company sambonet at the maison et objet 2017 edition in paris. represented by a stainless steel tube, a sine wave runs along the outside of the furnishing objects — gently tracing their profiles. indeed, the word ‘kyma’ is defined as wave in the greek language but it is also the name of a basic architectural element proper to ancient greece — one that becomes well known in the great works of the following eras. it is defined by a smooth, curvilinear or moulded band, used to separate or smooth the passage between two surfaces on an item. 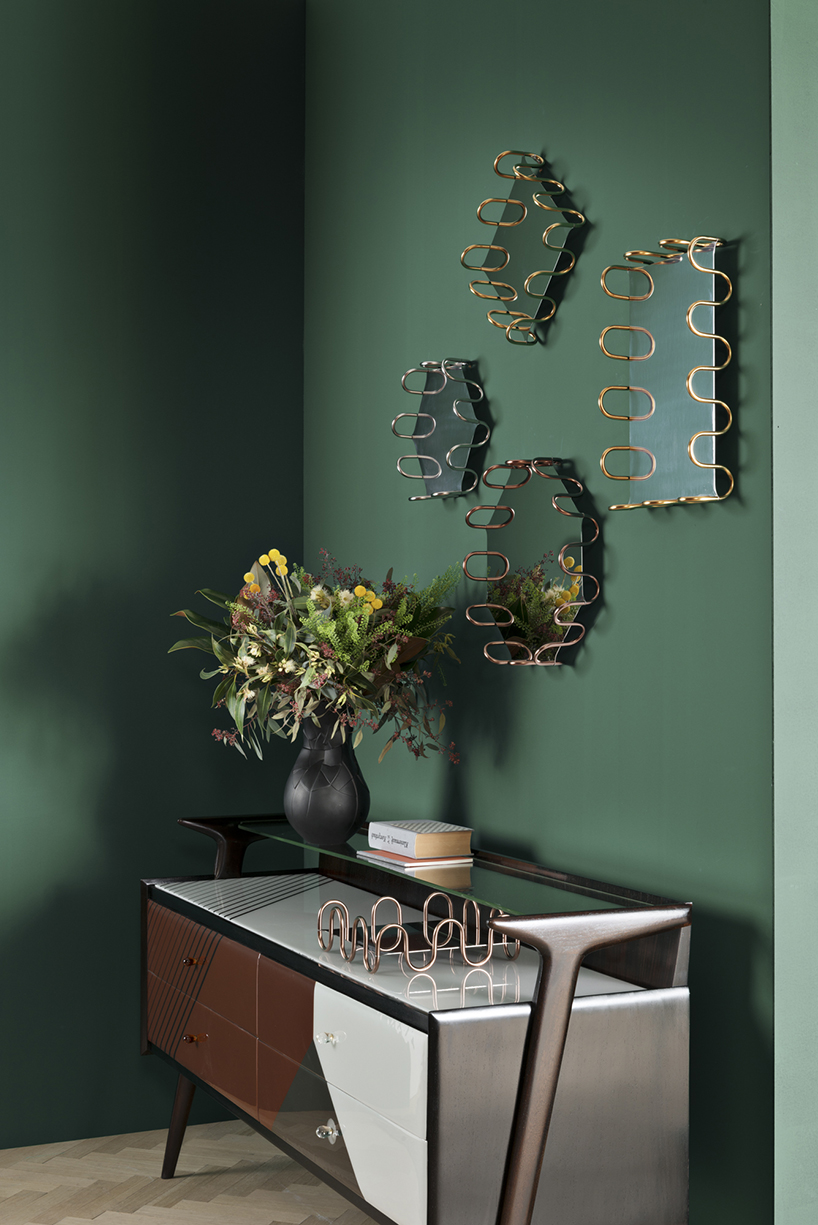 plane geometries such as hexagons, rectangles and octagons are complemented by the sinuous lines
all images © gionata xerra

as a result, serena confalonieri‘s broad-waves design gives continuity and movement to the clear lines of the inner geometries which are based on hexagonal, octagonal, square and rectangular shapes. for the maison et objet 2017 edition, sambonet has chosen next-generation finishes in copper, gold and hi-tech shades — the result of technological research developed in the application of PVD to steel, electropolishing, and silvering techniques for steel as well. those methods are borrowed from other fields, skilfully formed to bring pleasing tints to the table and other living rooms in the house. 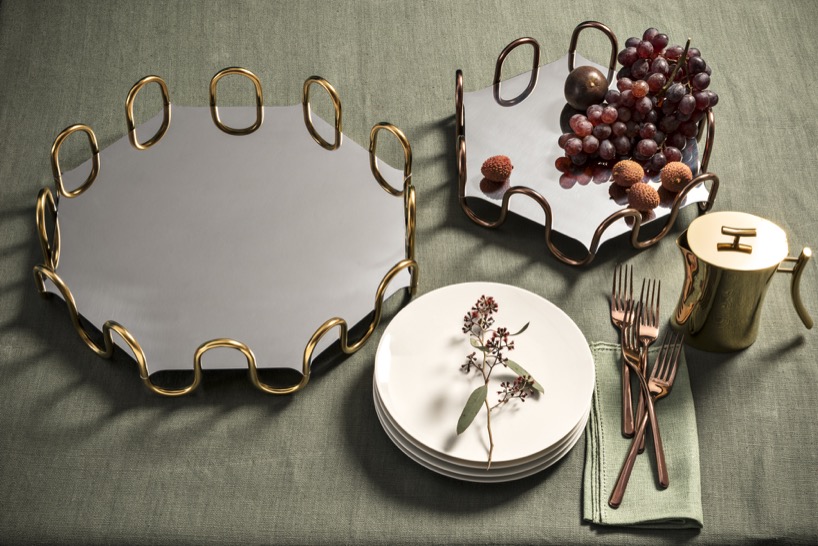 the same movement that characterizes the design in this series is taken up again in the curves of the candelabra and projected on the whole surface of the table mat — a disk of steel moved by vibrations that produce waves on the surface until it attains a dynamic volume with great emotional impact. from design to production, the project found its raison d’être entirely in italy, taking advantage of artisans’ know-how and perfectly uniting it with next-generation techniques developed and implemented through sambonet’s expertise. 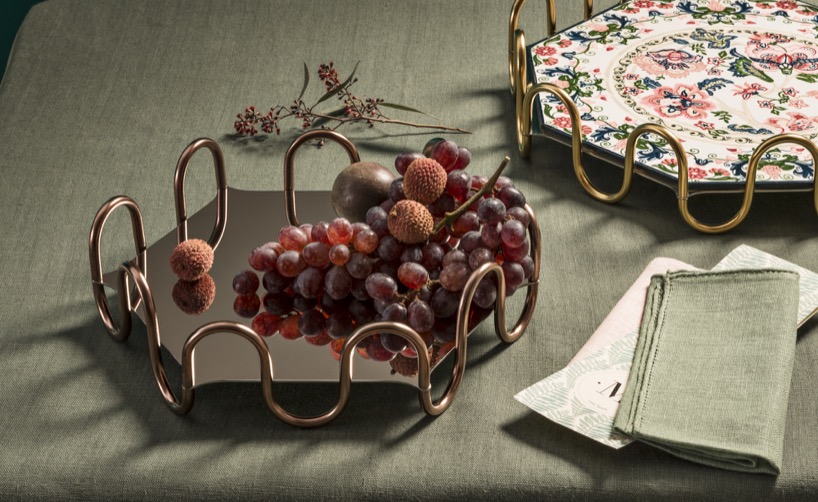 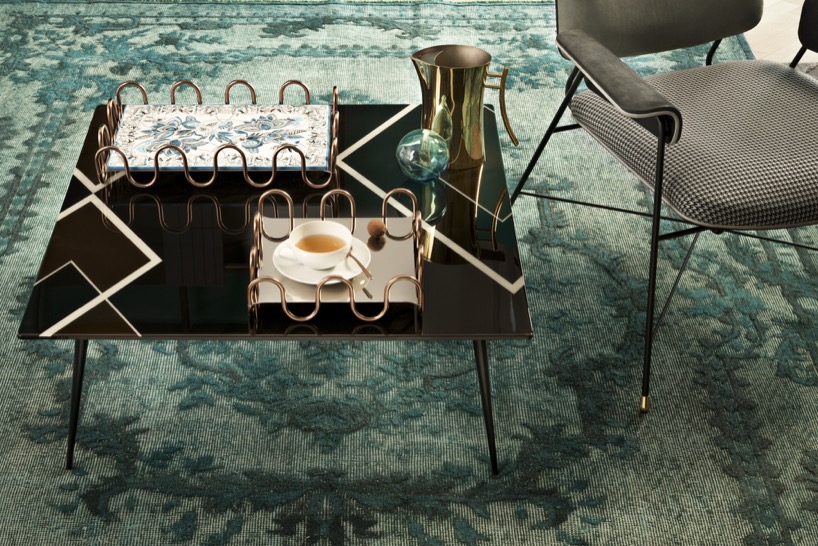 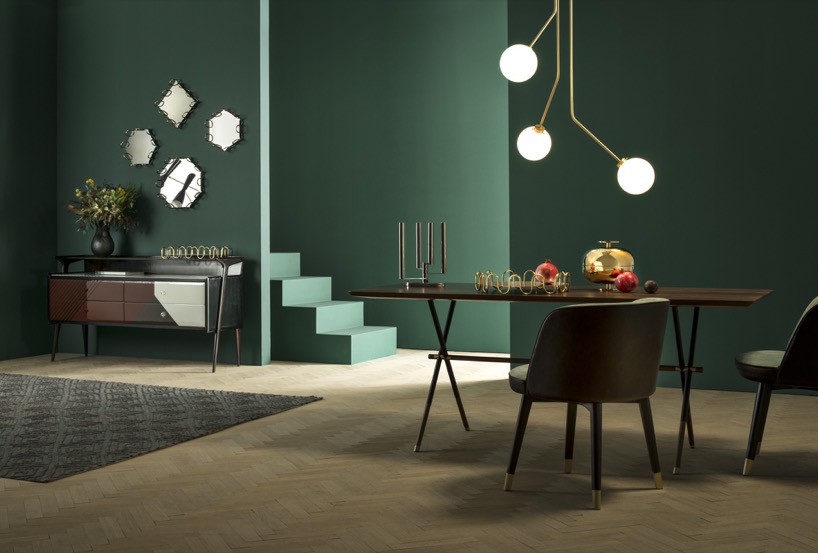 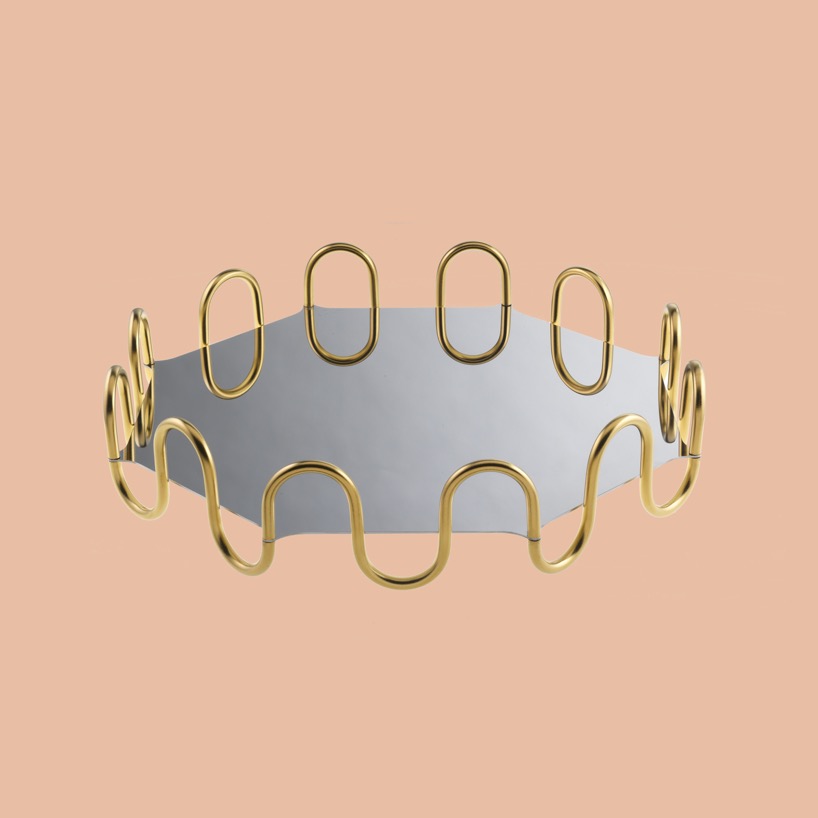 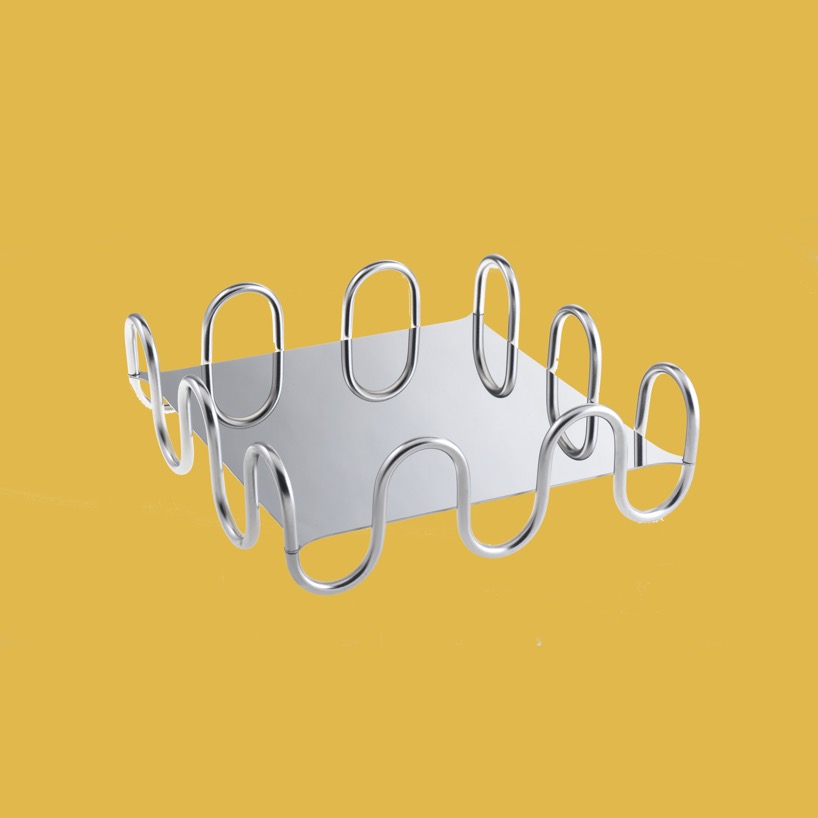 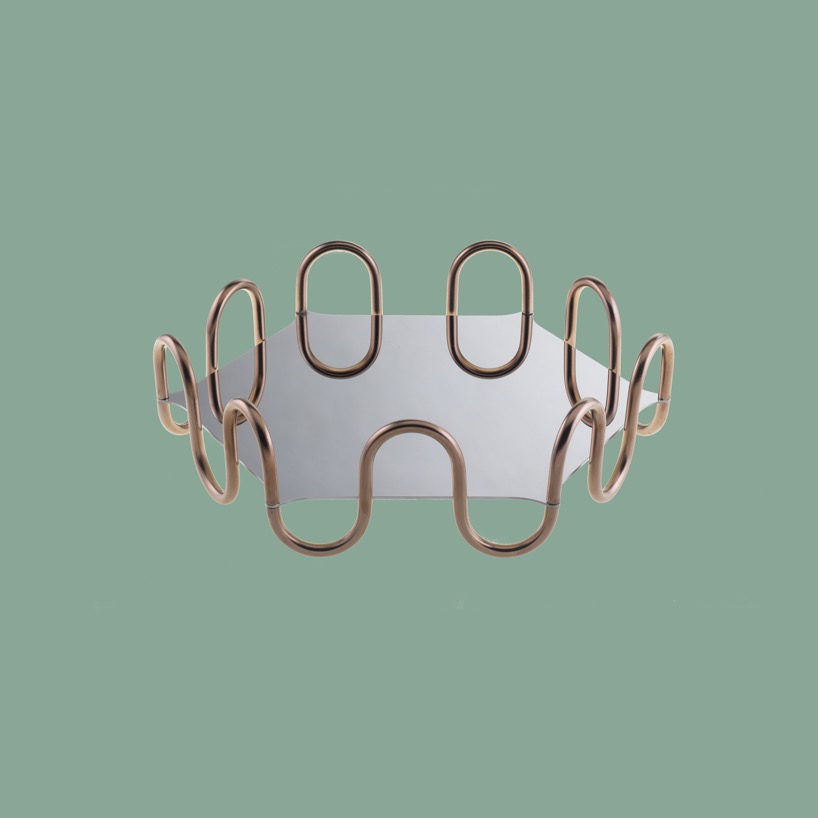 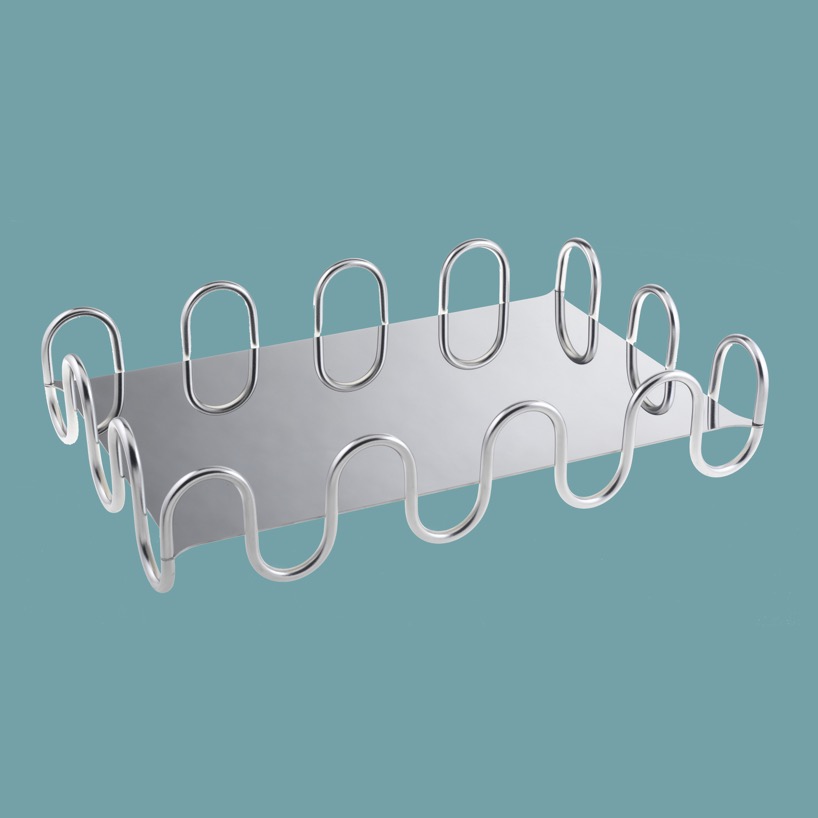 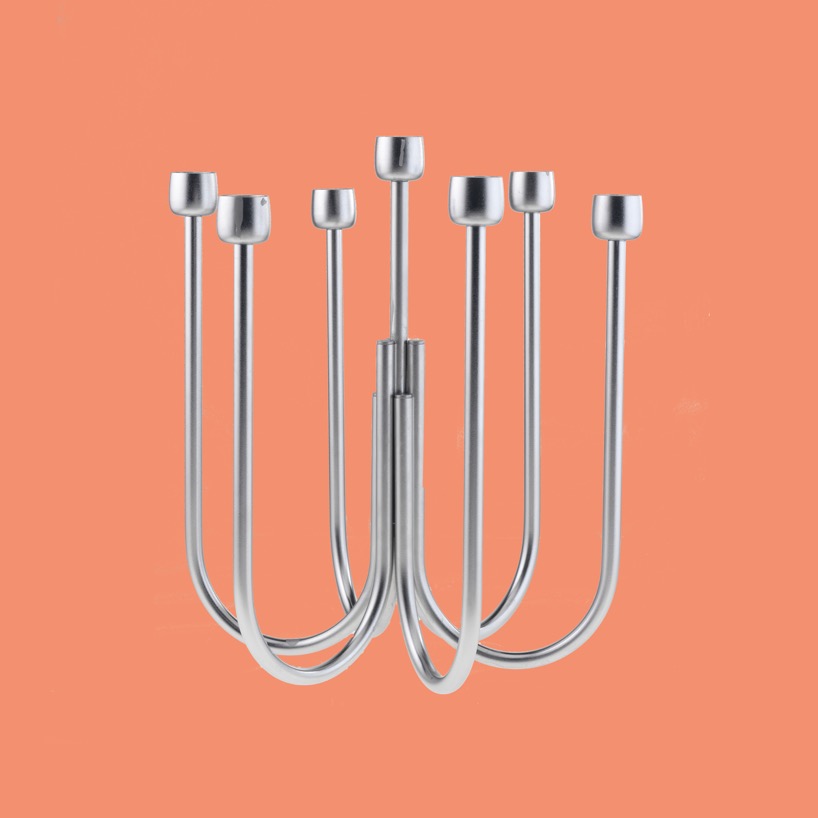 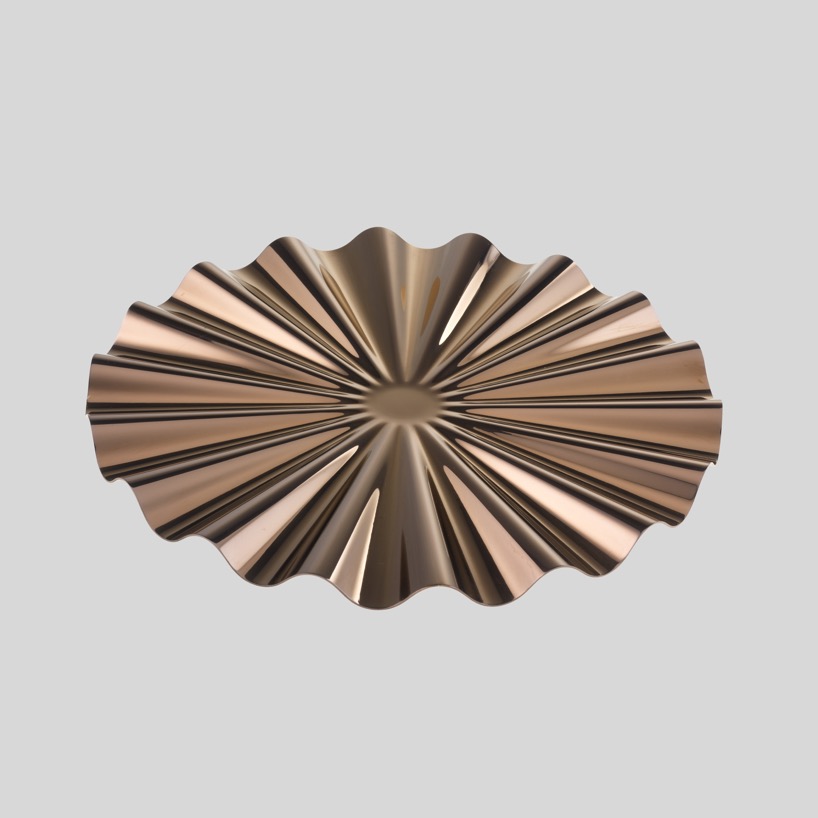 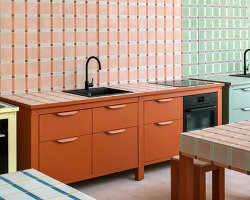 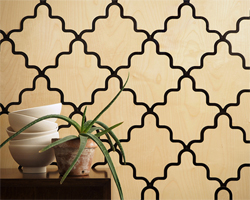