pay for your journey with a simple fingernail tap

Artist Lucie Davis has found the solution to make London underground commutes easier and a bit more fashionable. ‘Touch in and out’ is a set of fake nails integrated with microchips, taking the role of a common Oyster card. The artist came up with the idea in an attempt to reduce the day-to-day chaos Londoners have to face during their movements. Thus, this witty project aims to relieve commuters from rushing around mindlessly and lighten up their daily routines.

‘I gather inspiration by recognizing certain patterns of our daily human behavior, playing with conventional meanings and phrases, questioning our mundane movements and gestures, and looking at the language of modern life such as ‘touch in and out’,’ describes the artist. 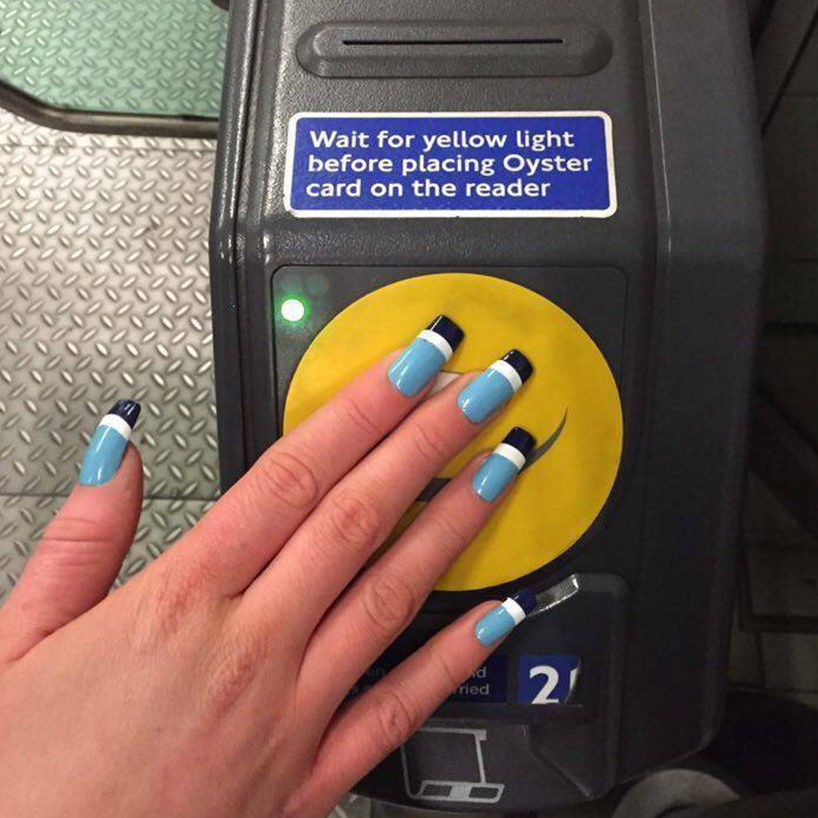 all images by Lucie Davis

‘Touch in and out’: fake nails that double up as an Oyster card

For her final university project, Lucie Davis (see more here) has created ‘Touch in and out’, hacking fake nails with RFID chips. With a single swipe of your fingertips, you will never need to suffer if you can’t find your Oyster card hidden in your messy bag. In contrast, the project offers Londoners the fastest way to pay for their trip tickets while being stylish.

According to Lucie Davis, she started sketching and re-working into everyday throwaway statements (i.e. ‘touch in and out’) that initially inspired the concept. She sought to examine how a sign like this might be read when the context of its placement changes from our surroundings to the body. So, by further exploring that notion of tactility and the way people hold everyday objects in their hands, she created a wearable concept that stimulates people’s senses and is playful yet functional. 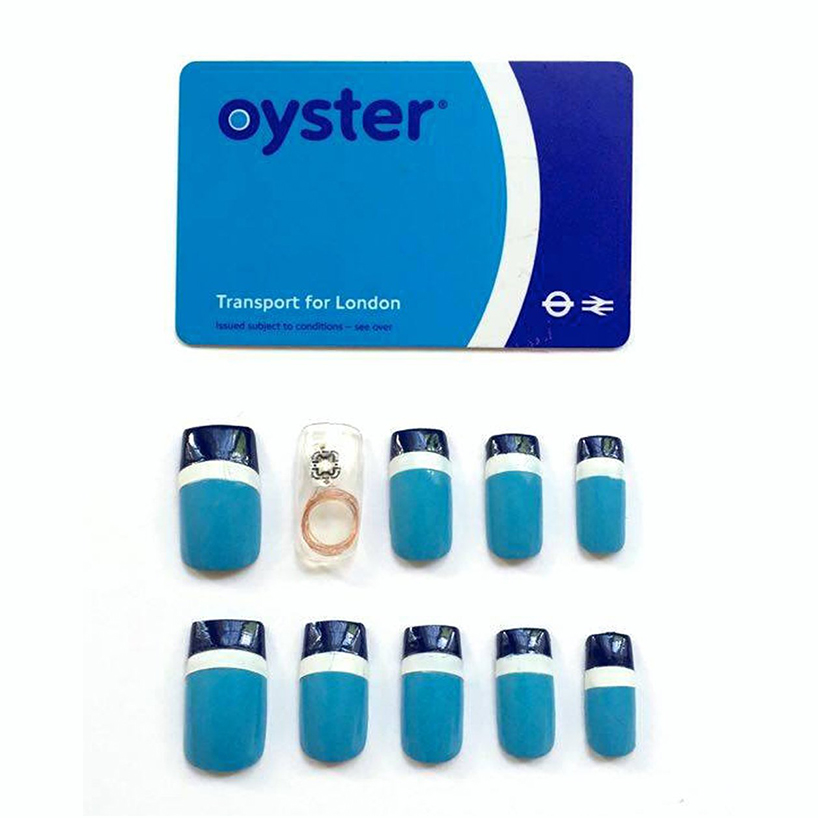 the coil took a lot of effort to get correctly within such a small surface area.

For this project, Lucie first asked for permission from TFL to experiment with their Oyster card, and they directly gave her the green light to go ahead. After spending a lot of time and testing her patience skills — from peeling to scratching to getting a scalpel and cutting around — she eventually managed to take out the RFID chip from the oyster card. Then, following many trials and errors, she embedded the microchips into the acrylic nails, making them readable on the card reader as well as visually appealing. To emphasize that the technology was integrated, she hand-painted the nails reflecting the colors of the underground payment card.

‘Having experimented with the idea of engaging with everyday surroundings through this design I’ve been able to challenge the conventions of jewellery here, creating a witty piece that brings to life daily rituals such as commuting. It pays attention to detail, fulfilling my aim of accentuating everyday actions which are so often overlooked,’ said the artist. ‘Furthermore, it offers an intimate and relatable experience, giving the wearer an active role in interaction and interpretation too. We got a lot of smiles on the underground when filming them in action. People actually stopped in their busy commutes to take a moment and watch what we were doing.’ 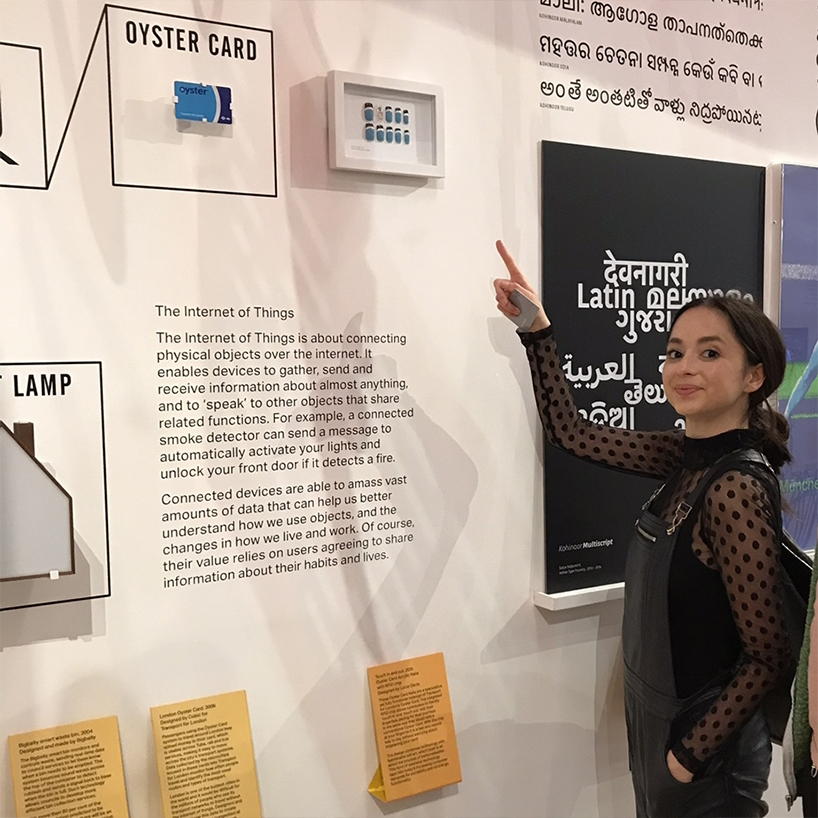 displayed at the London design museum 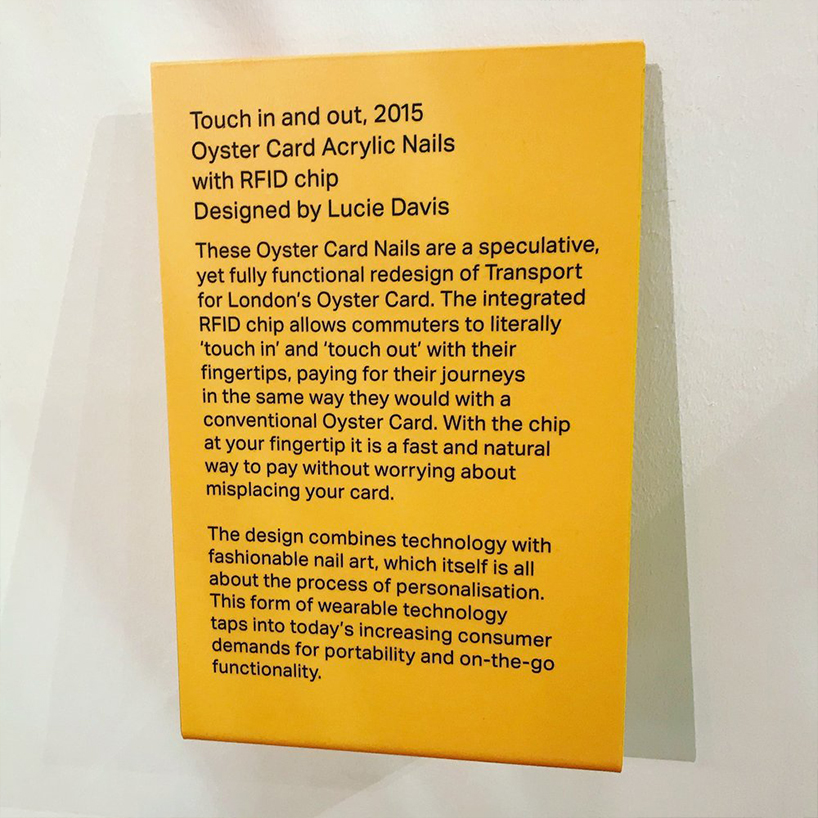 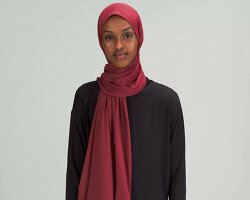 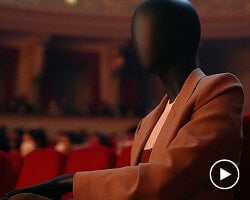