the umbrella is derived from a stately family, that of parasol, since it was a protection against the heat of the sun that it was first used for. the origin of parasols is not clear, but chinese history goes a long way back …

you might want to read about its history here. 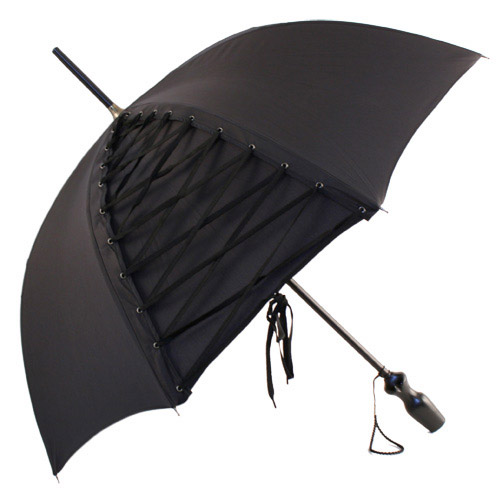 though the difference between a parasol and an umbrella may seem confusing today, it was absolutely clear and unquestionable to victorian society. a woman who carried an umbrella was admitting publicly that she could not afford to own or hire a carriage for transportation when it was raining. but a woman with a parasol was most assuredly a lady. the main reason for the popularity of the parasol was the admiration for a fair complexion. it was more than a sign of beauty, it proved to the world that it was a woman, who didn’t have to work outdoors like ‘common’ females did. because they were so precious and so expensive, parasols became one of the most popular gifts for a lover to give his sweetheart. 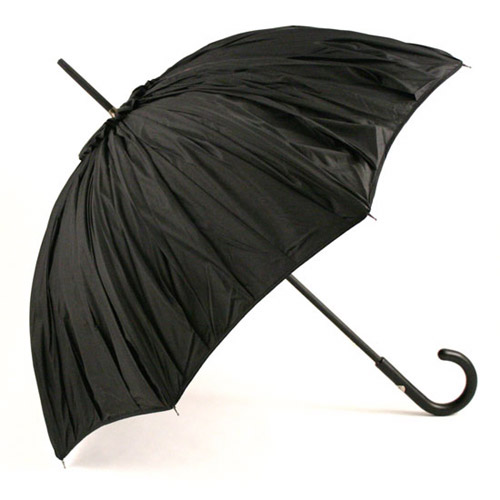 ‘double layered canopy’ with the top layer heavily rouched to give a pompadour extravagance, by guy de jean for jean paul gaultier, 2006 -2008

like jewelry, they were not a proper present from a young man unless his intentions were serious, and would not be accepted by a lady unless she intended to accept the giver, as well. at the same time like the fan and the lacy handkerchief, the parasol was both an object with a practical purpose and an indispensable aid to the subtle art of flirtation. it could mysteriously shadow a lady’s expression, dramatize her sparkling eyes and smile, and even camouflage her imperfections. lady hamilton, lord nelson’s notorious, no-longer-young mistress, always favored pink and pink-lined parasols, because the rosy light they cast on her face made her look more youthful. (exerpt taken from ‘flirtatious fashions’, by kristina harris, 1998) 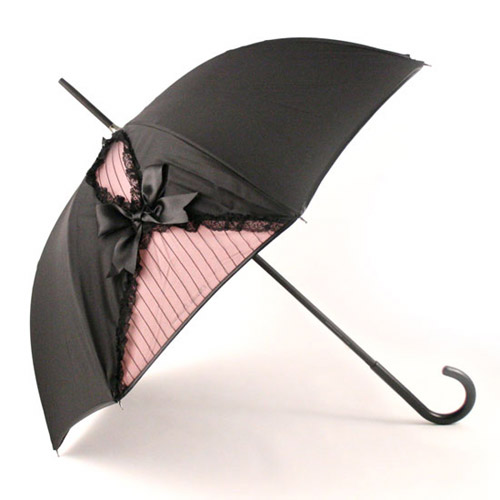 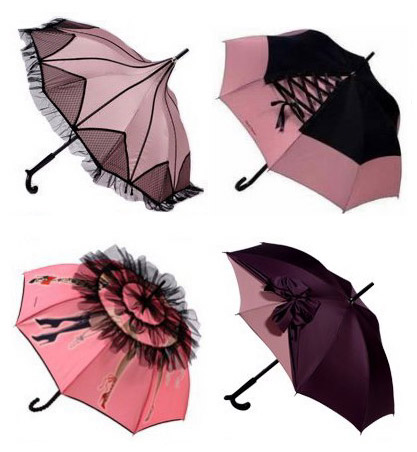 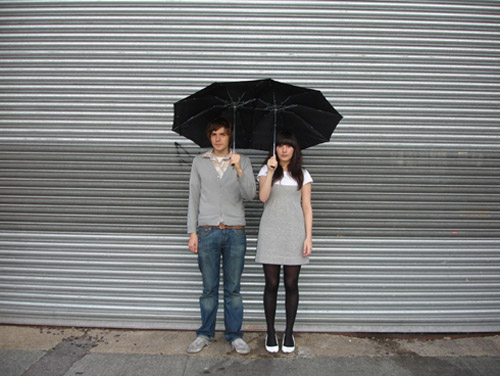 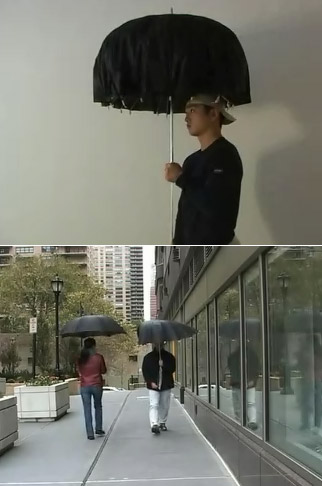 the friendly umbrella – see it in use 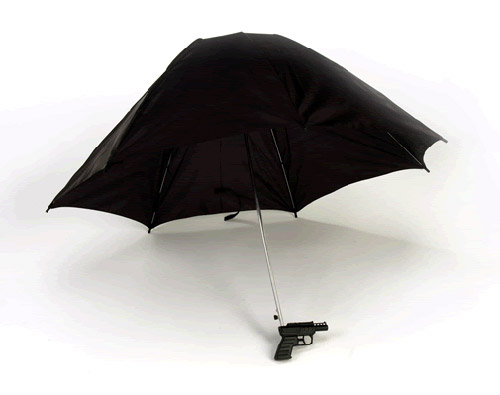 ‘ufocap‘ doesn’t have a handle, so both of your hands will be free. it is produced by koryo in seoul, south korea 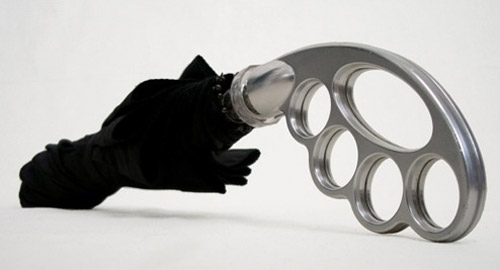