doshi levien (nipa doshi and jonathan levien) has conceived a set of storage cabinets that resemble the improvised dwellings fundamentally found in developing countries across the globe. london studio’s ‘shanty’ storage units for BD barcelona feature monochromatic or colorful corrugated patchworks on their façades, disguising rationally and carefully considered volumes within for hiding belongings. the ‘shanty’ collection of furniture is being presented at the 2014 salone del mobile. 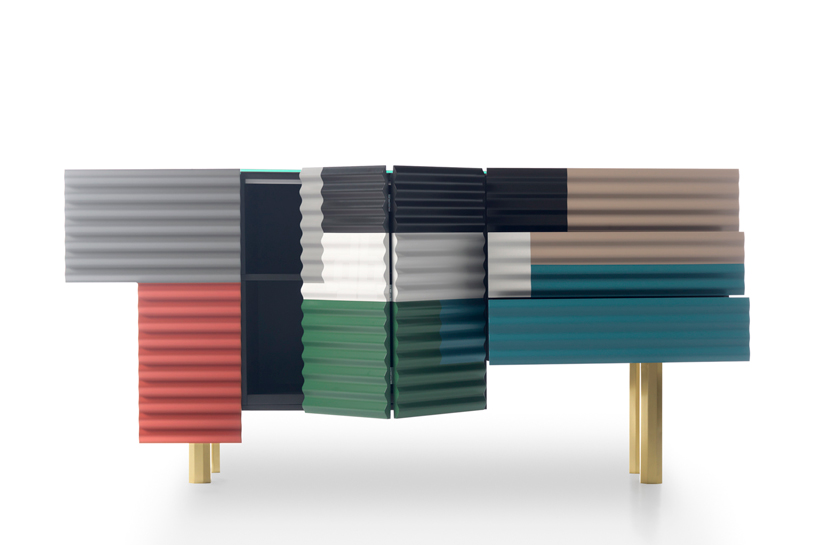 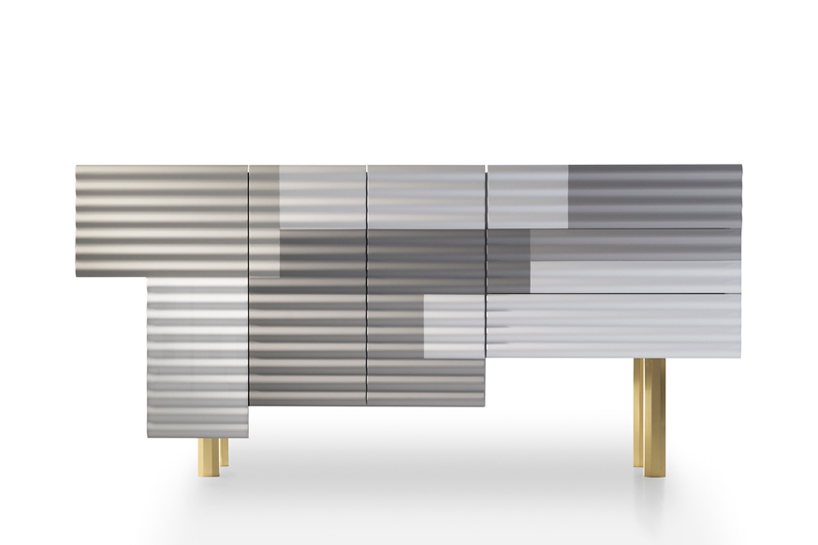 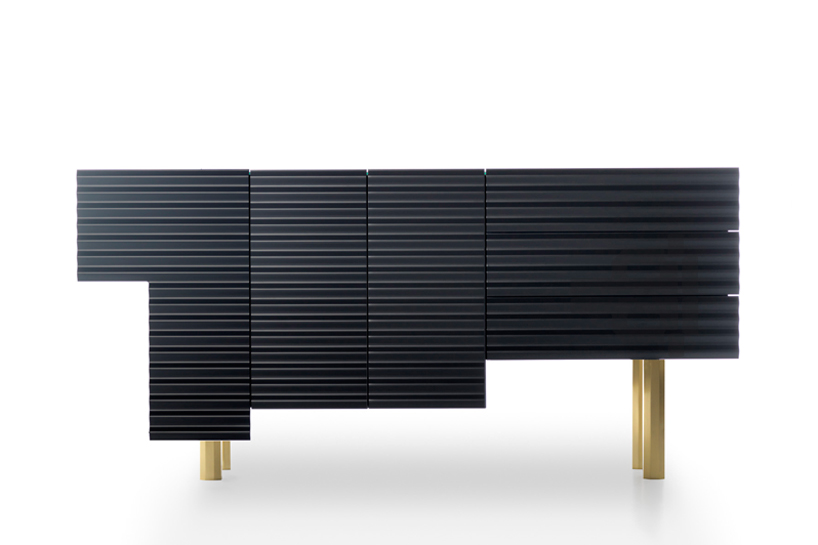 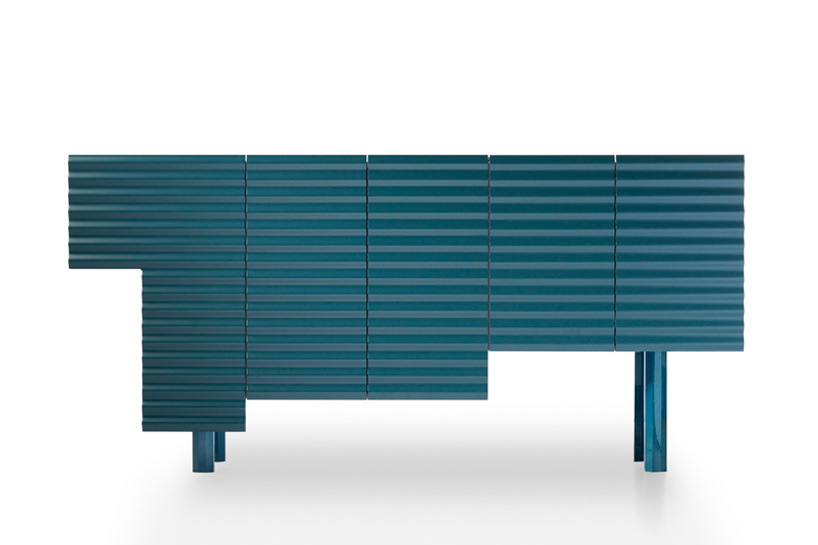 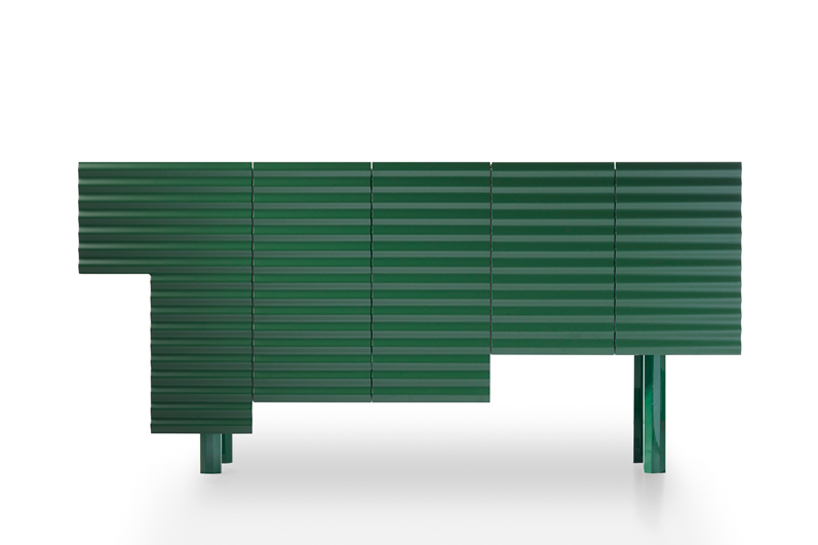 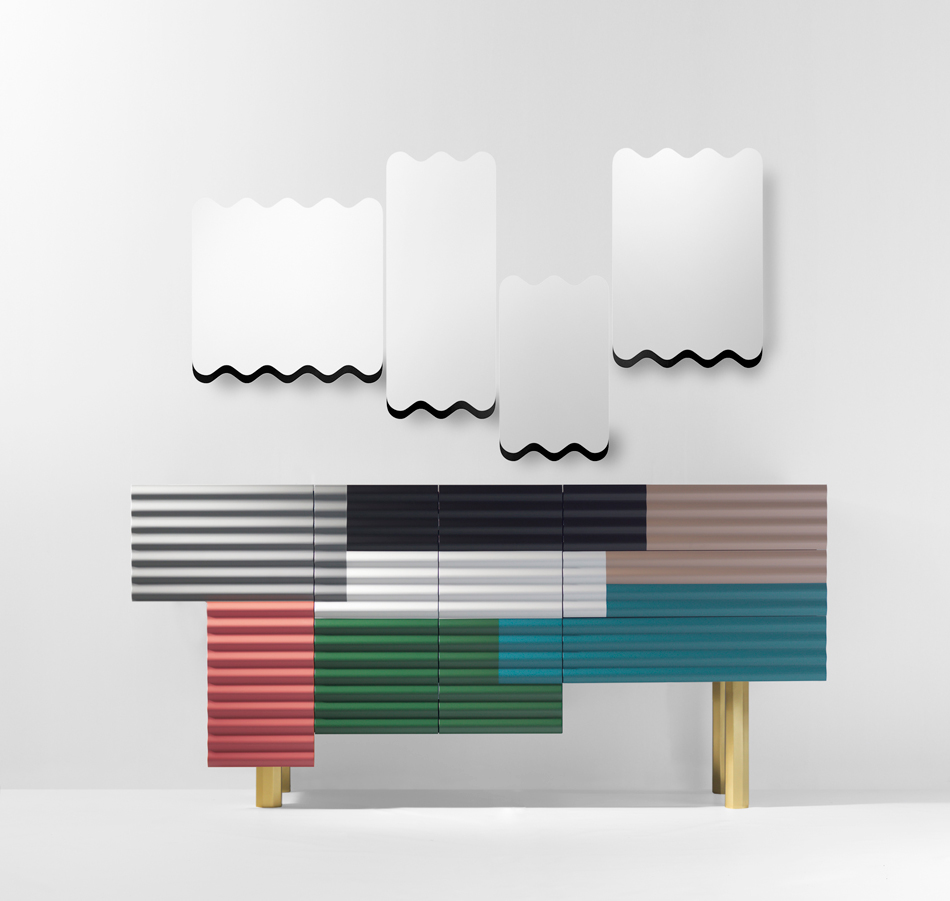 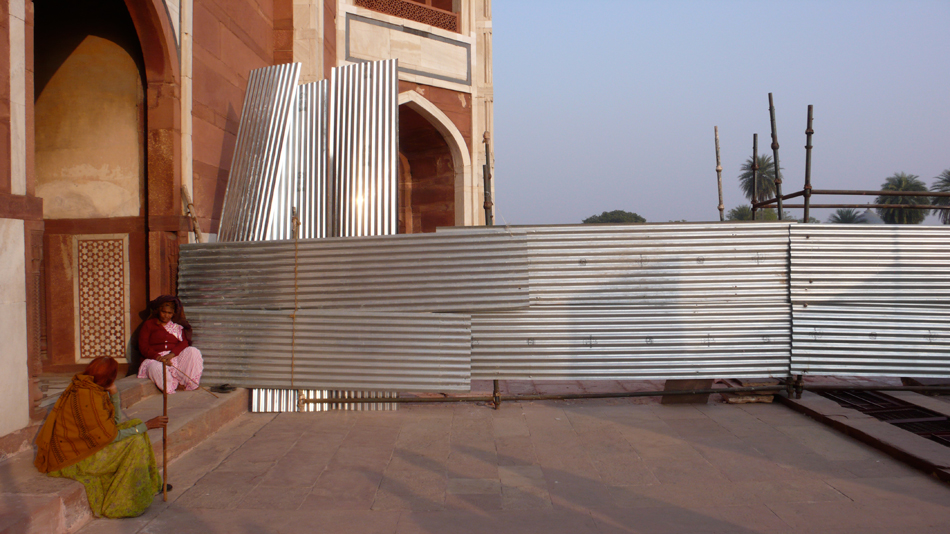 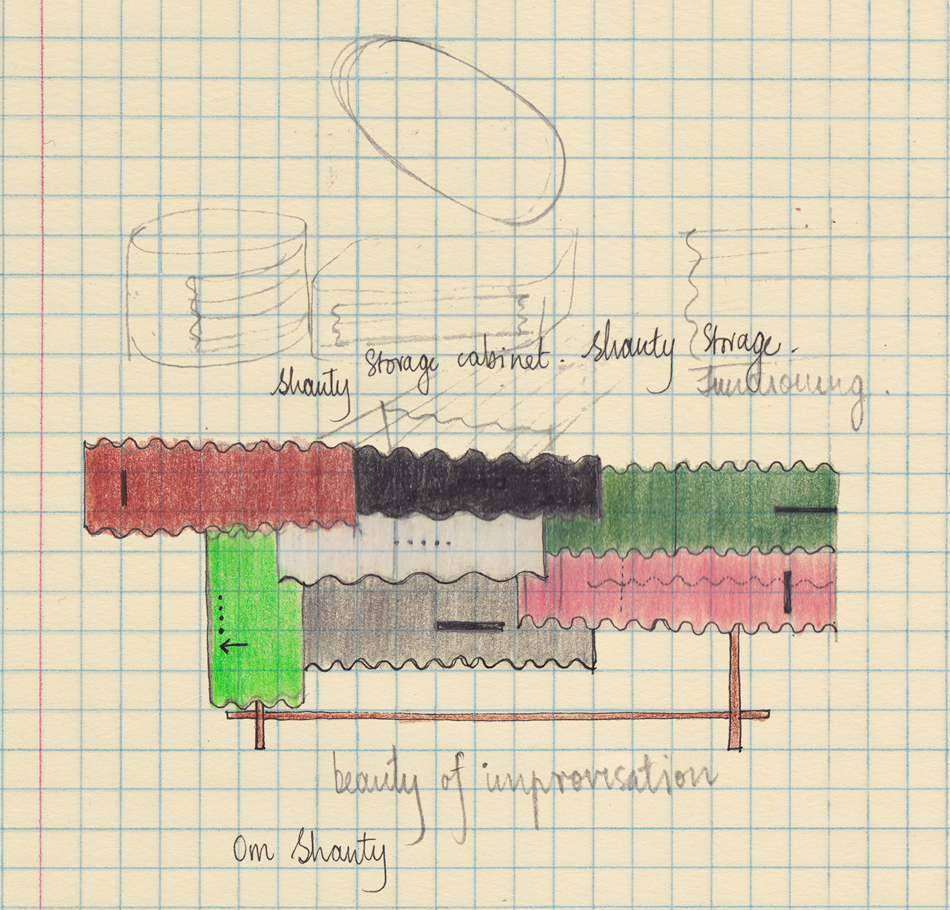 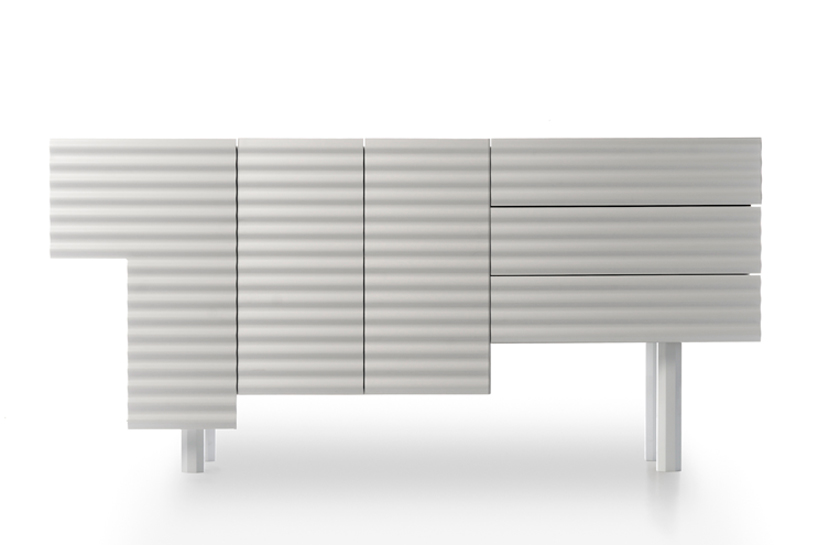 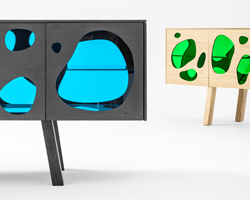 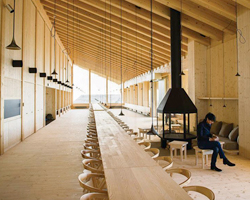 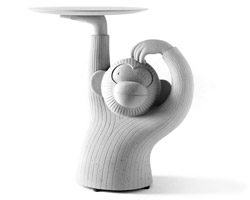 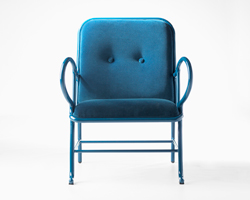 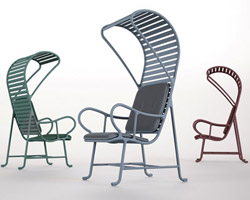