even though computer generated visualizations and renderings have become the norm, drawing still remains a key skill in the life of an architect in the case that one needs to quickly draft a plan, or sketch out a concept without hesitation. shigeru ban’s ‘scale’ retractable roller ball point pen responds to this. it has been conceived as a writing tool, but its triangular form sees it double functioning as a scale ruler that includes metric and imperial measures — serving architects and engineers working across the globe. 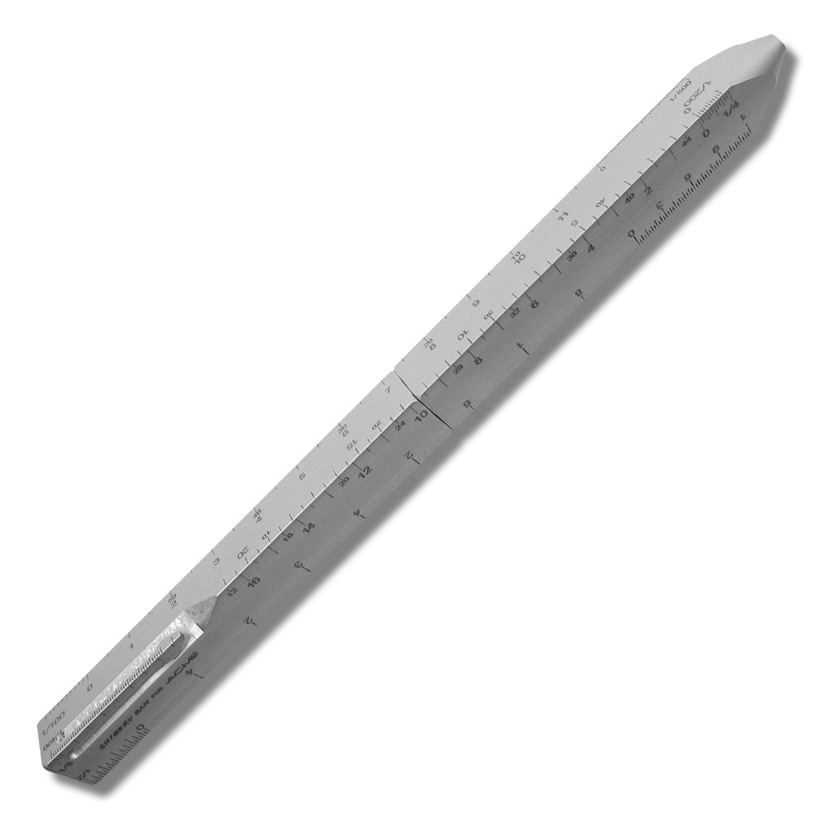 made from aluminium, with the measurements laser etched into its surface, and outfitted with german components, ‘scale’ is based on a simple twist action mechanism that allows you to extend and retract it, so you can easily adjust it depending on what you’re working on. the ‘scale’ retractable ball point pen is produced and available through acme studios. 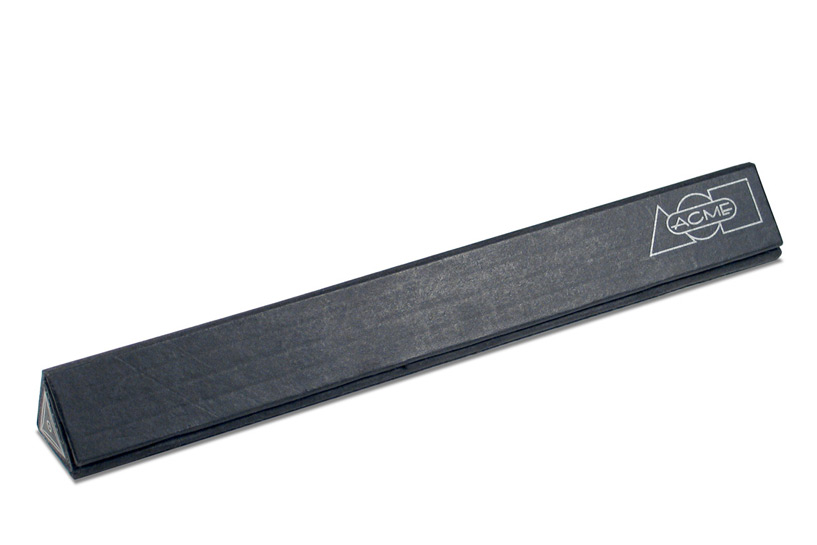