wanting to preserve the beauty of snow and the fun times playing with it during the winter, japanese designer shinobu koizumi has developed the collection ‘winter memories’. the works are useful daily pieces that appear to be constructed from snow, but are actually made from joined salt crystals fixed with epoxy resin. holding on to the fun winter past time of collecting the white fluffy material and joining it to form a structure, the snow-like paper weight, storage table and snowman vase won’t be disappearing when the winter months end. 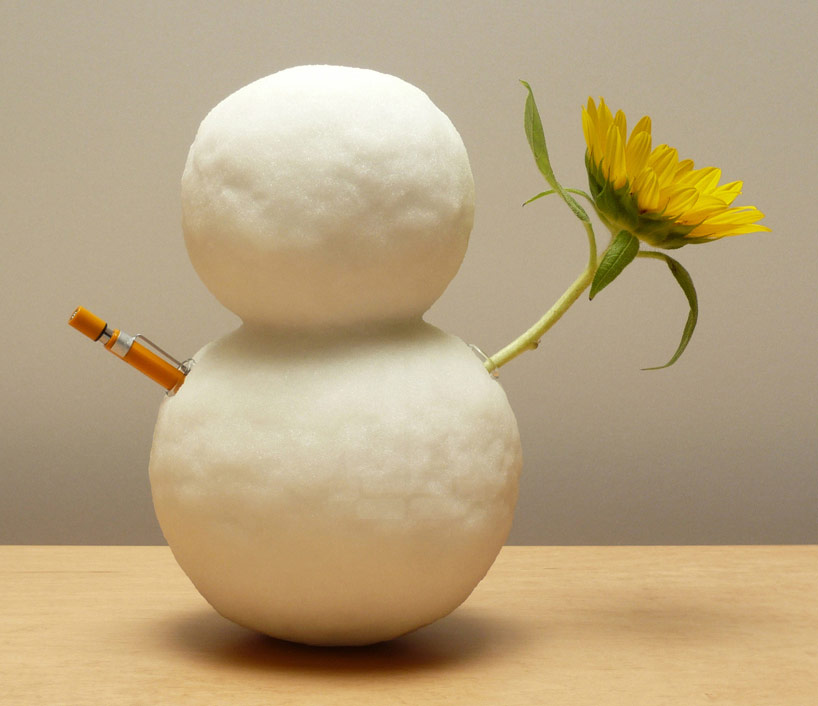 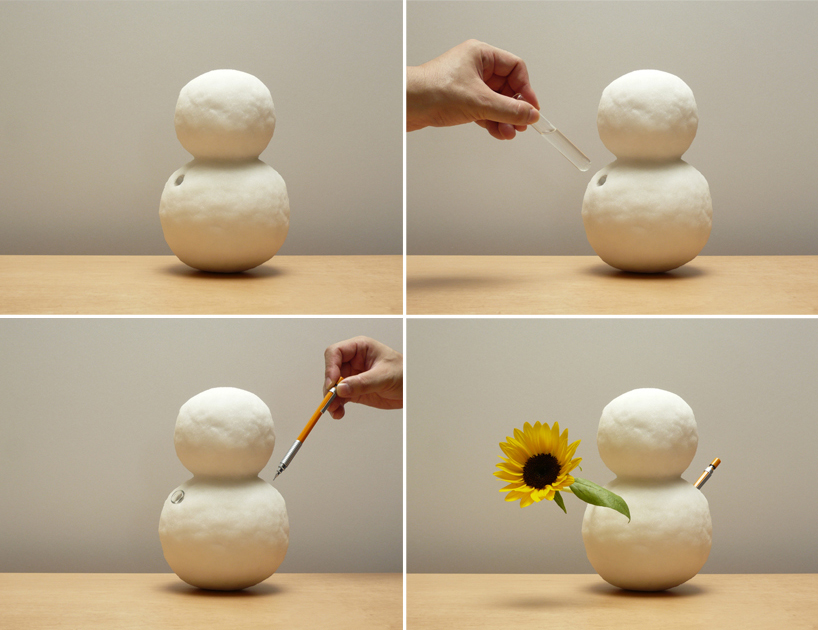 the object can hold a flower or pen, which look like arms and detachable test tubes makes it easy to renew the water 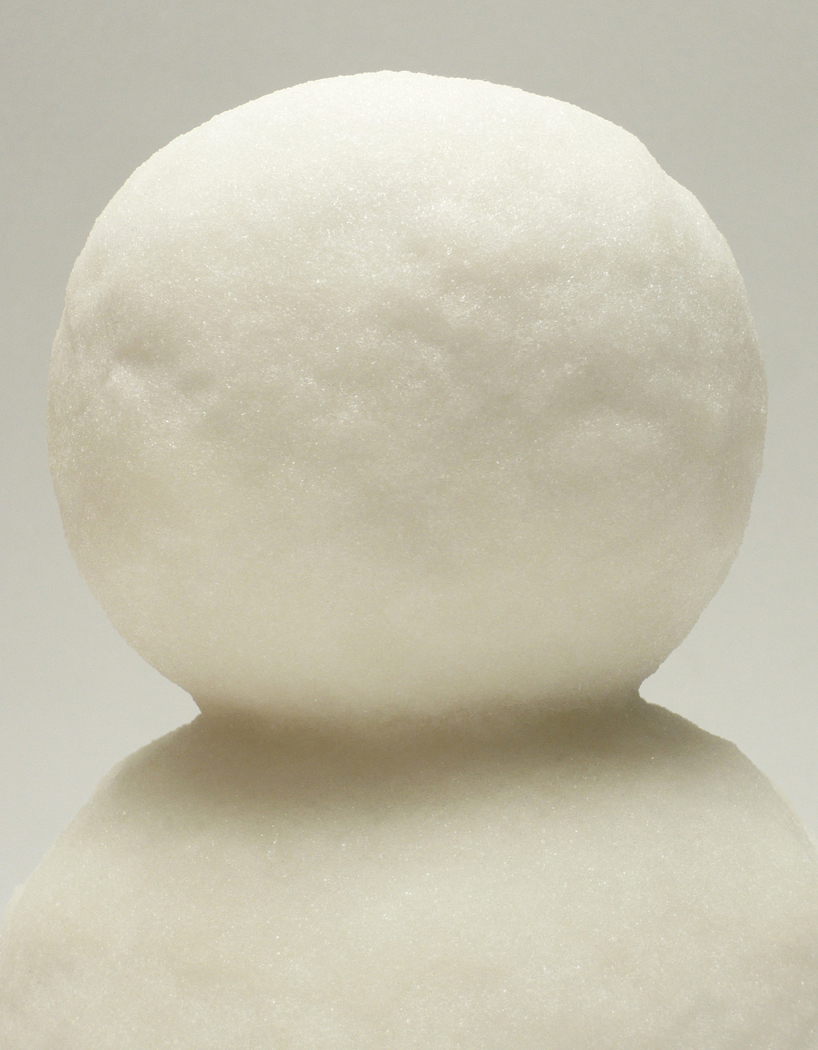 surface of the desktop snowman with its snow-like appearance 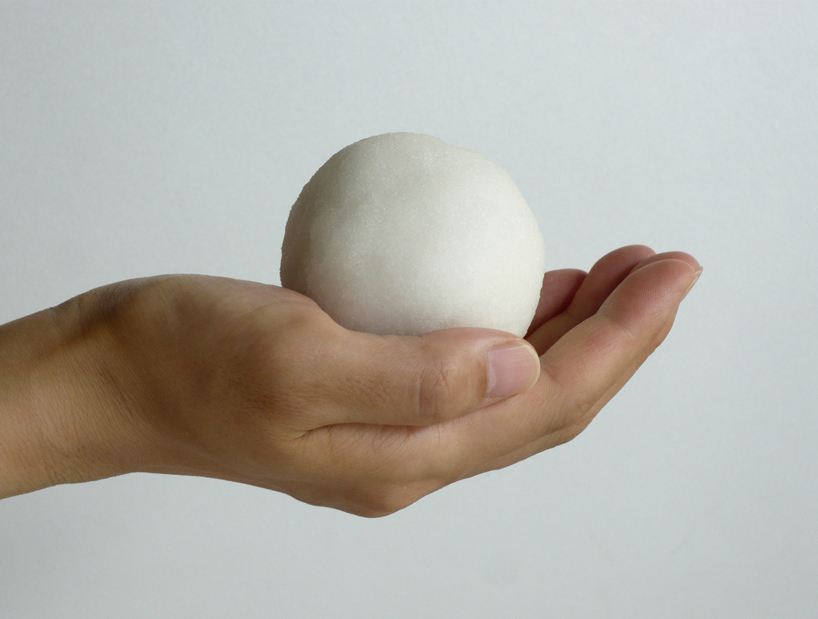 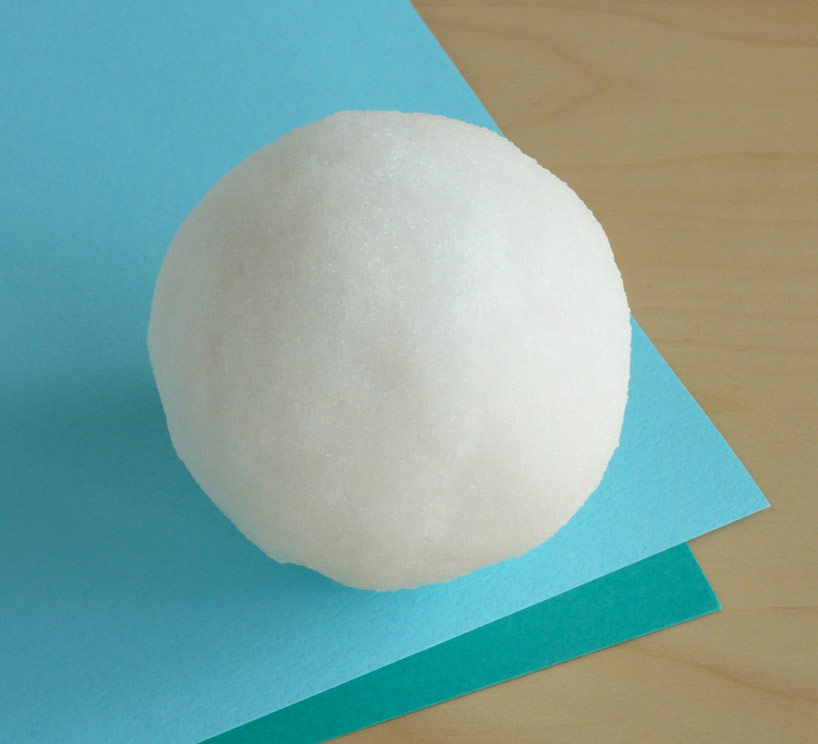 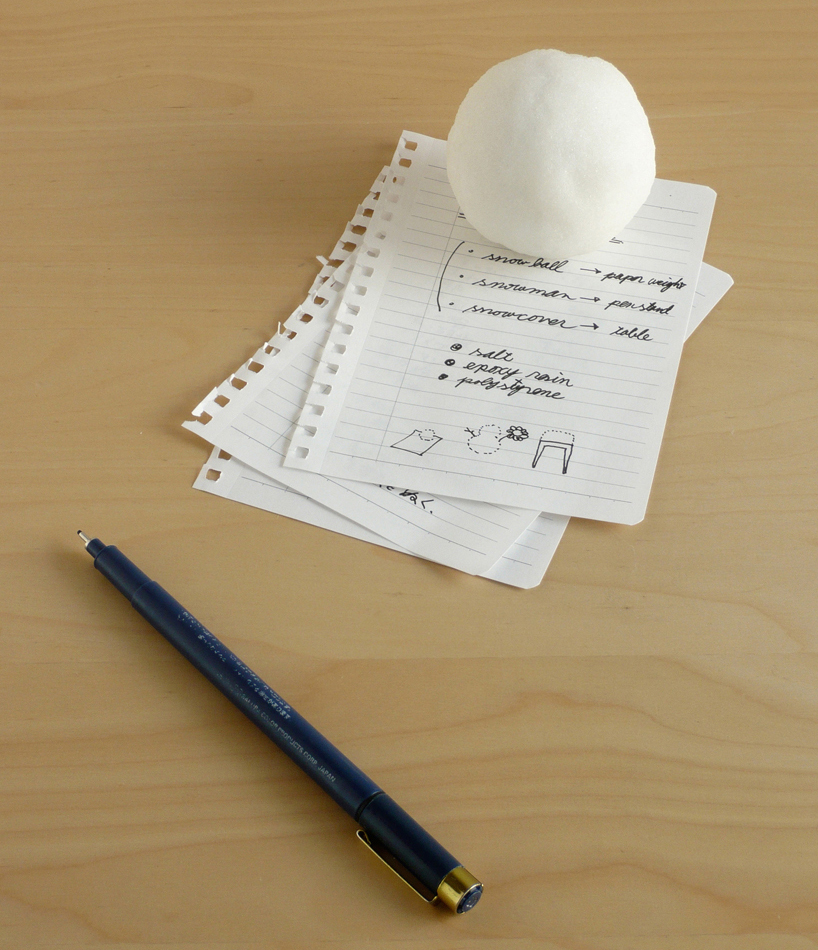 the snowball can be used as a paperweight, it won’t melt away and it’s not wet 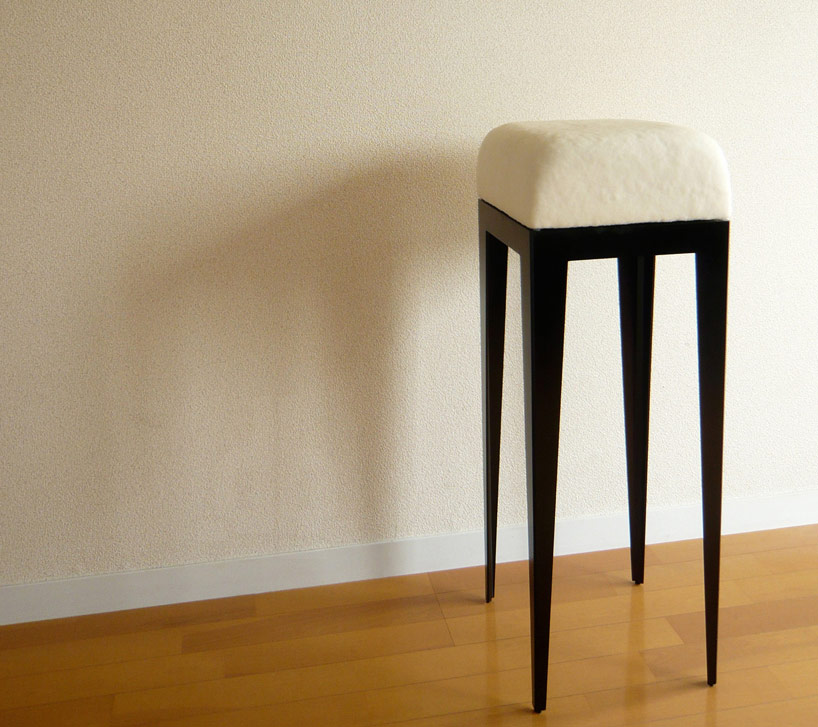 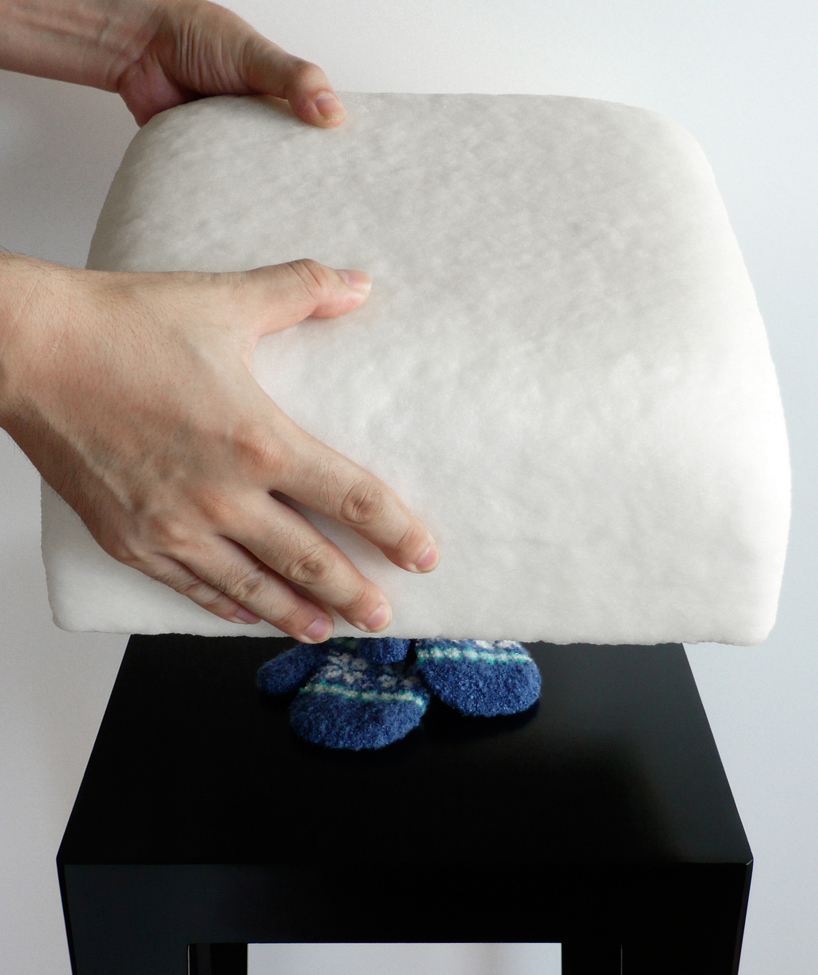 the snow on the table acts as a cover for storage 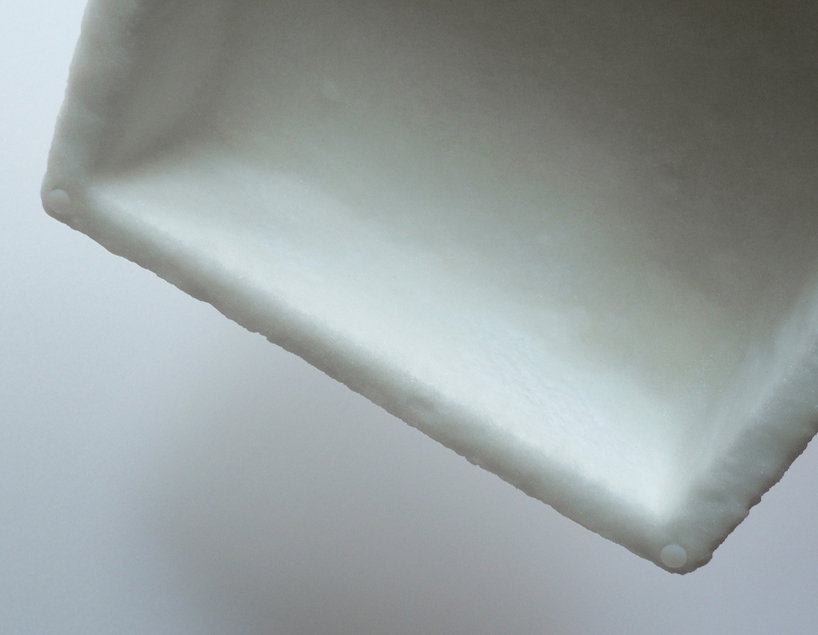 inside of the cover showing the space to contain objects 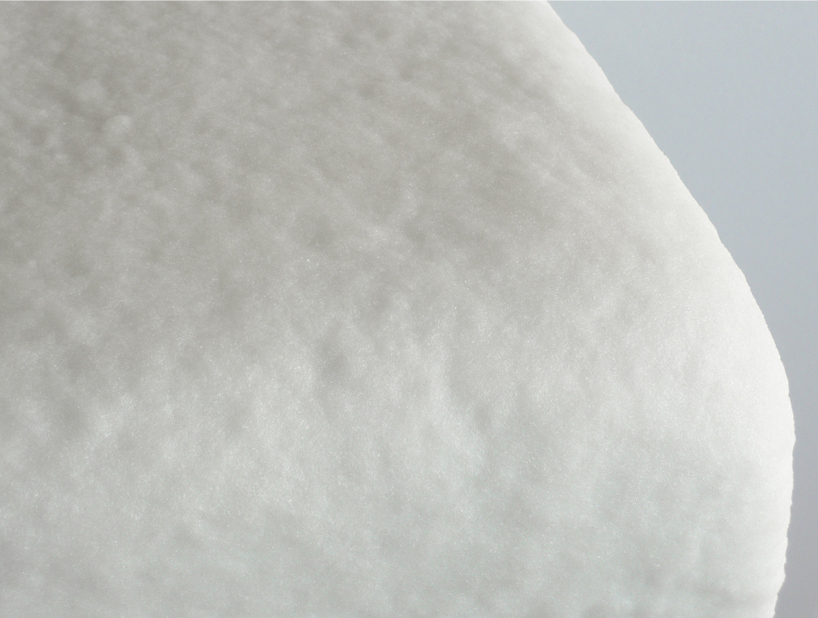 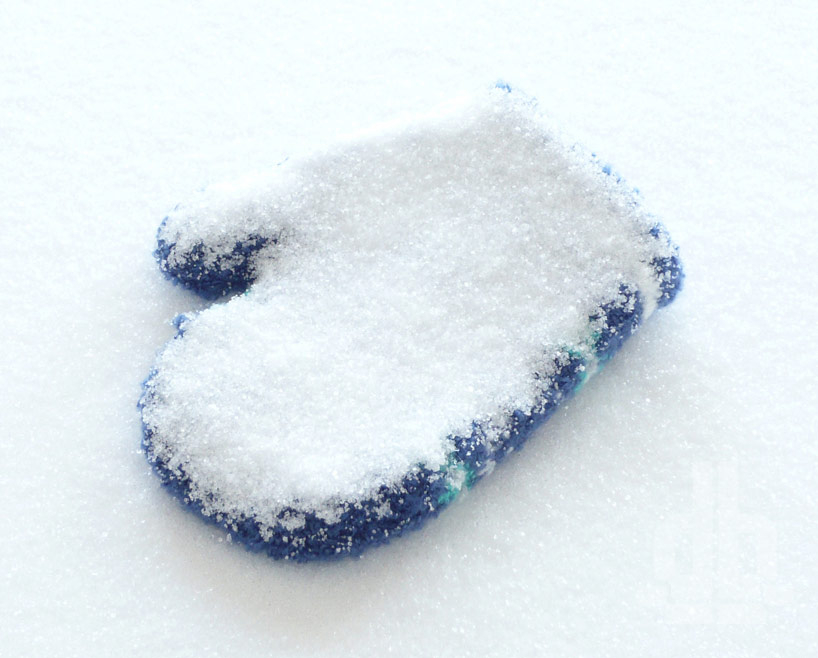 an experiment for the project, a mitten sprinkled with sugar 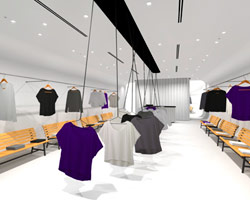 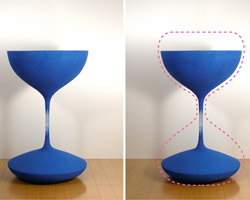