shir atar studio has produced a number of colorful and hairy plastic heads using an inventive new method of 3D printing. entitled ‘hairline’, the project seeks to explore a more characterful side to 3D printing technology and addresses its potential use as a new crafting method, highlighting its capacity to become a warmer and more personal technology. 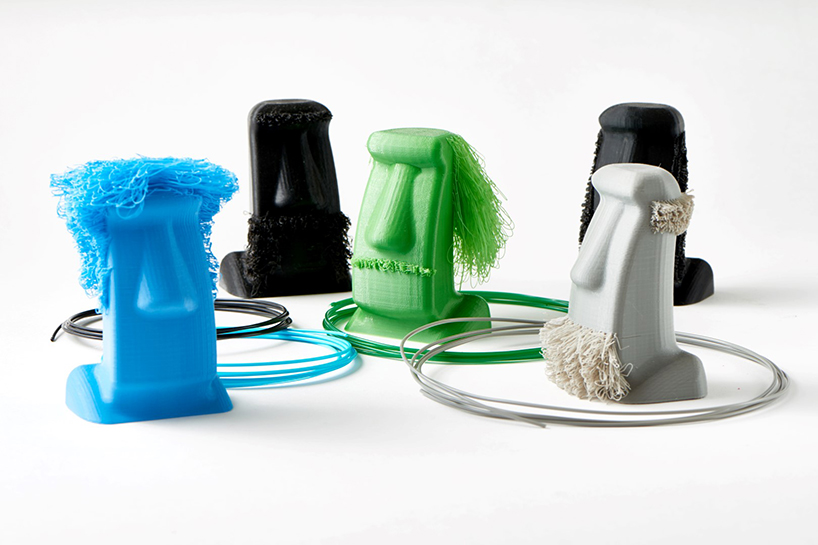 explaining the project, shir atar studio says: ‘we are usually exposed to the more ‘technical’ side of this technology, focusing on its rapid means of producing elaborate items or small trinkets, and less inclined to view it as a new way to craft personal objects’. the rapid attributes of 3D printing, alongside its mainly plastic material usage, generally results in items that carry less emotional properties than their more traditionally crafted counterparts made of materials like wood, ceramics, textiles and others.

‘hair is such a human feature’, continue the studio, ‘we can all relate to different hairstyles, be it long, short, curly, straight, frizzy, thin or none at all. this feature, which is almost impossible to be produced by any other production method, elevates the emotional and personal attributes of 3D printing technology and of the somewhat anonymous plastic filaments, into the realms of traditional crafts.’ 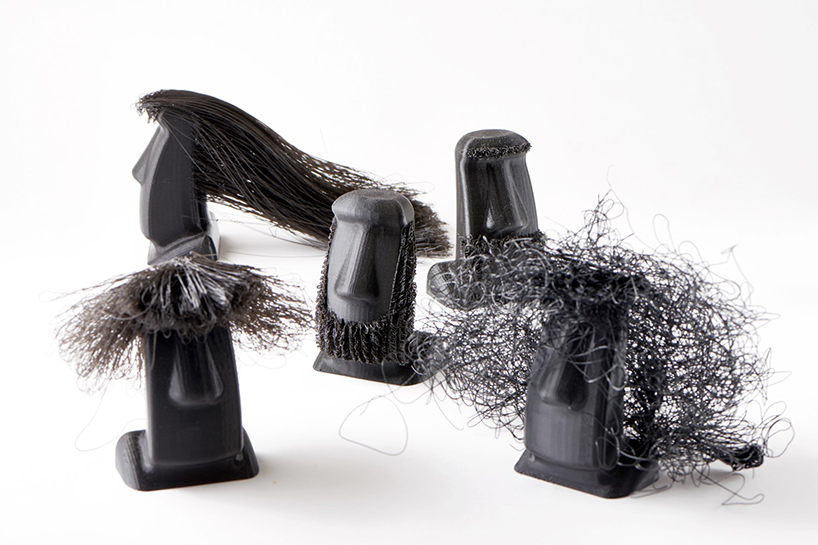 by developing a unique method that allowed the studio to manipulate the movement of the printer nozzle, it was able to produce an assortment of hairy figures that take advantage of the production abilities of the 3D printer while simultaneously adding a new individuality and character to each object. a selected winner of the biennale interieur awards 2016, this new method seems to effortlessly grow the strands of hair from the main body in an organic process that appears technologically natural. each model has unique characteristics that explores various ways to manipulate the strengths and weaknesses of the trio of 3D Modeling software, 3D printer settings and printing material. 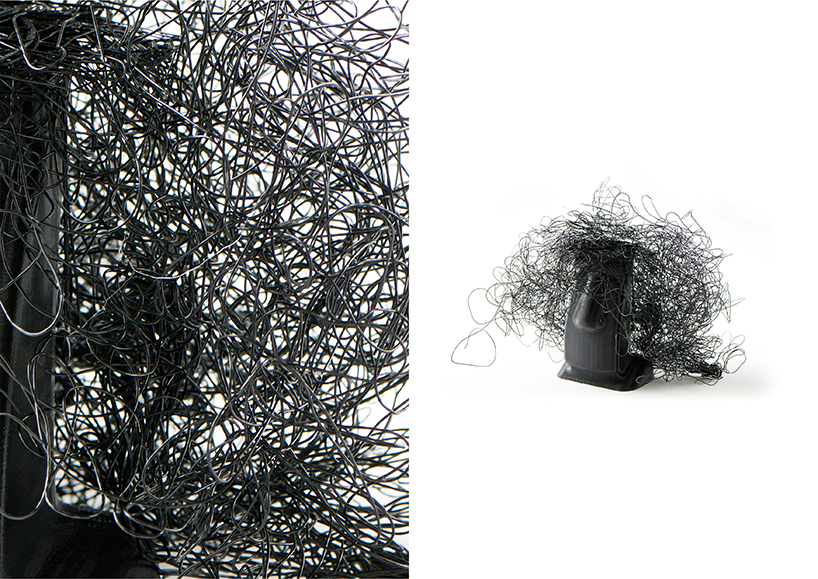 although 3D printed, the hair is undoubtedly organic in appearance and adds real character to the pieces 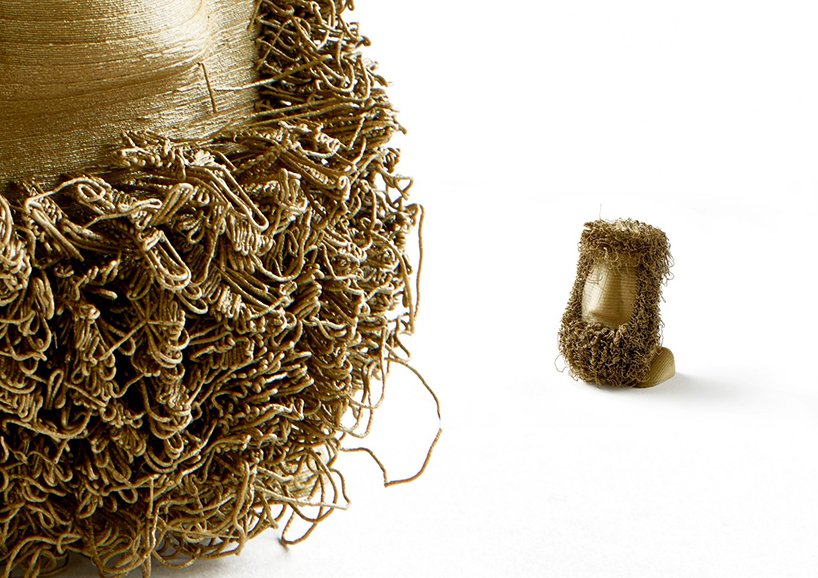 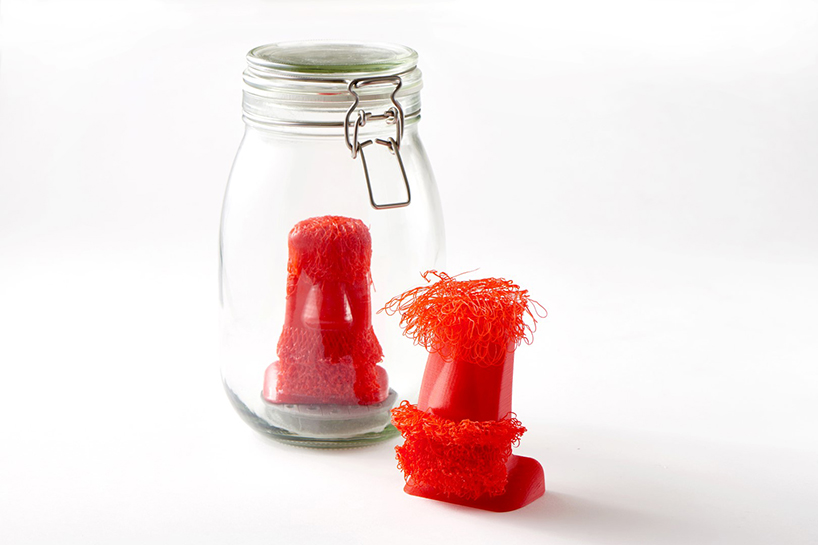 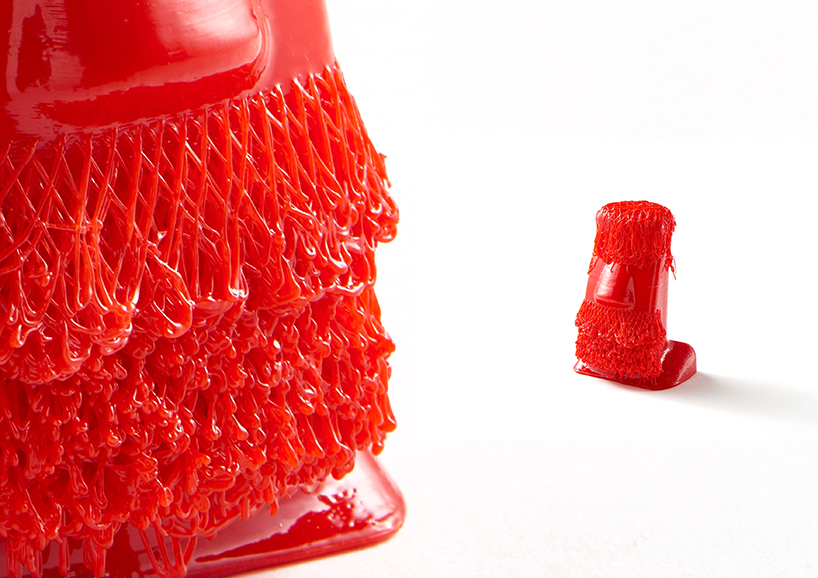 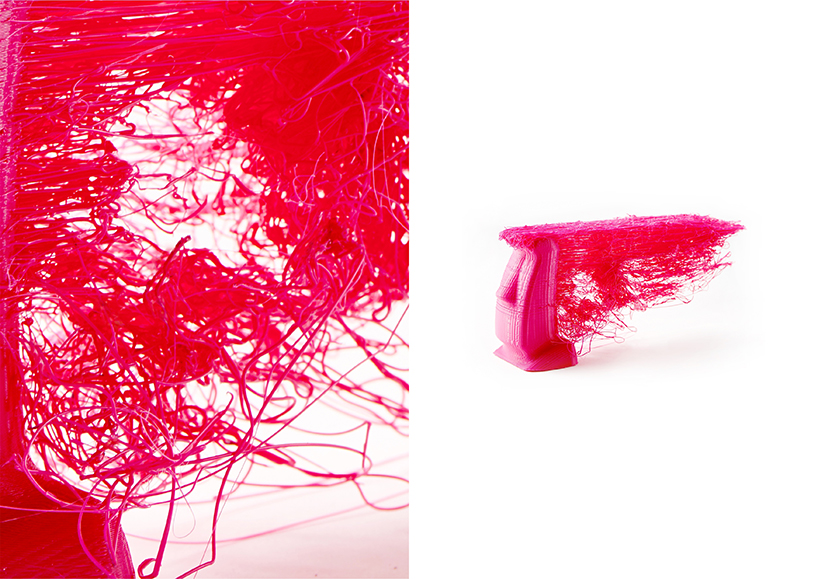 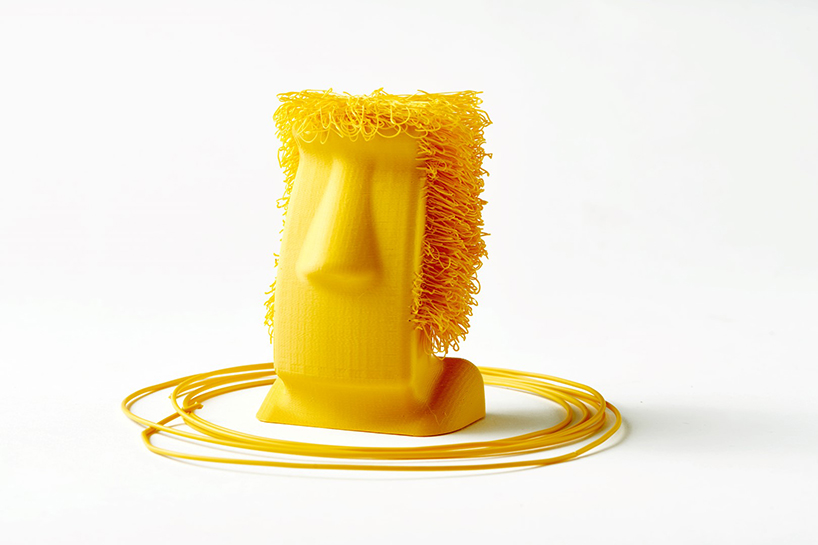 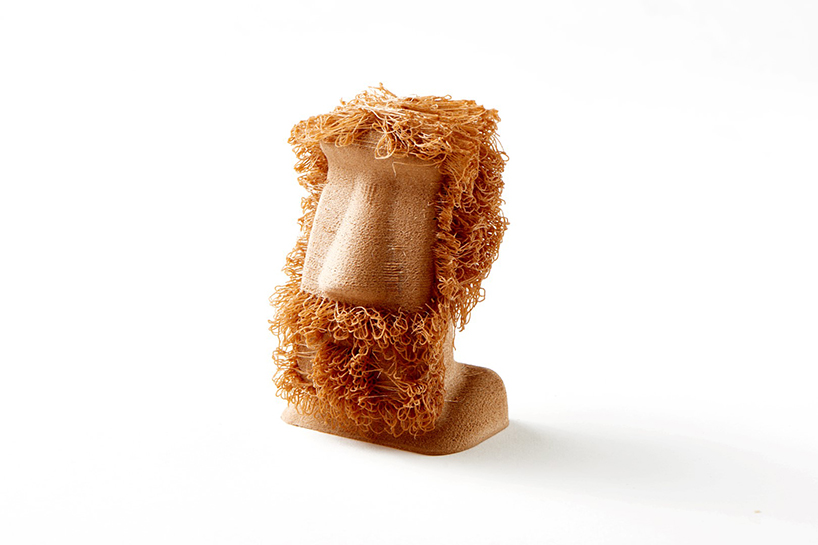 the origins of 3D printing can be traced back to 1986 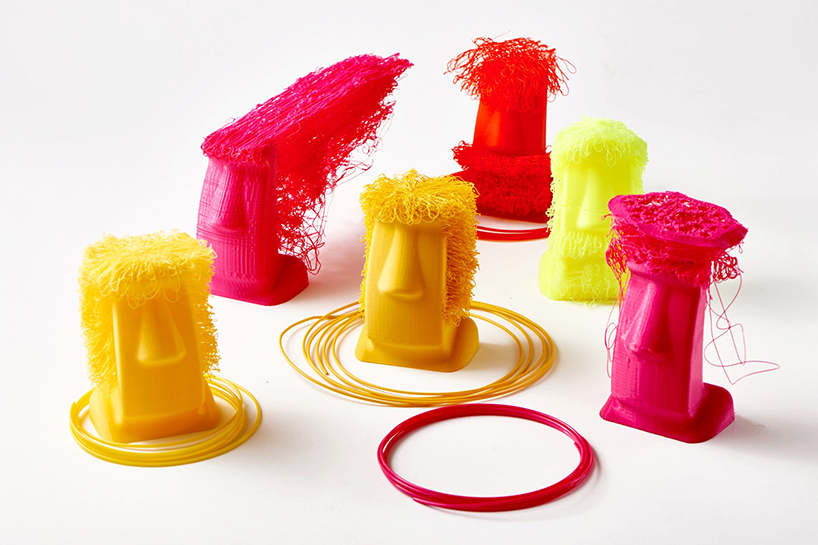 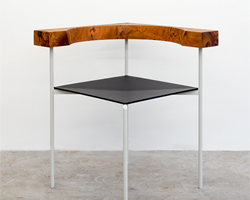