at milan design week 2017, SHoP architects has created ‘WAVE/CAVE’, a large sculptural enclosure made from 1,670 terracotta blocks. conceived as a counterpoint to reduced attention spans brought about by contemporary media and technology, the installation invites visitors to individually pause and reflect on the hectic speed of our world. 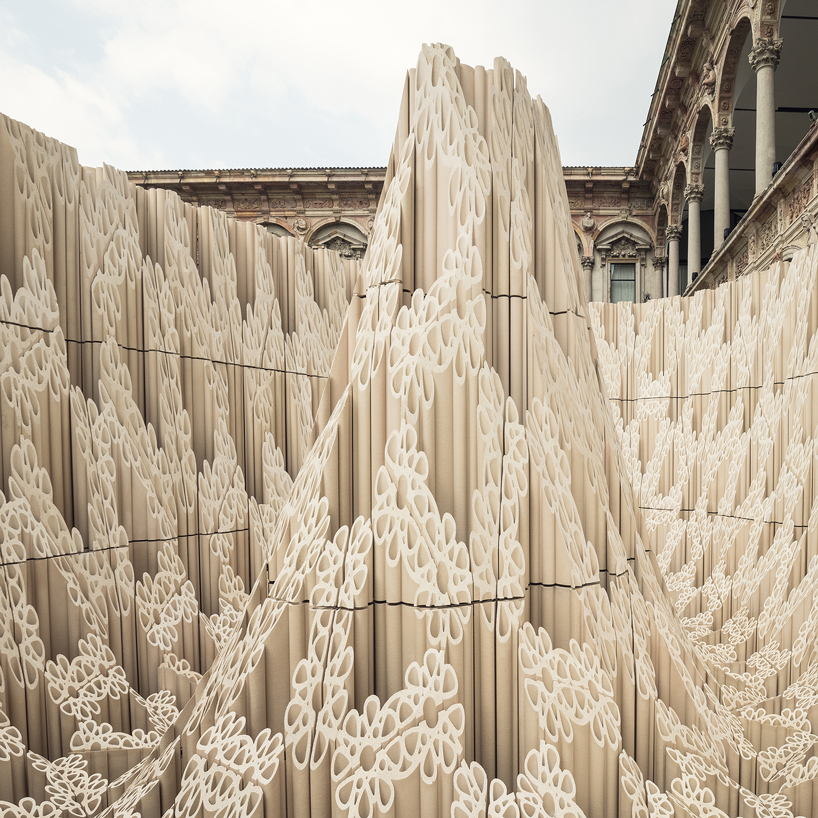 working in collaboration with german firm NBK keramik, SHoP custom-developed a system of unglazed, fluted terracotta blocks that form a high perimeter wall. the units have been stacked in three tiers, with interior faces carved to form a smoothly curved surface within. the installation’s intricate pattern is emphasized with a lighting scheme developed by PHT lighting design. the structural solution was conceived, produced, and installed by metalsigma tunesi, and engineered by arup. 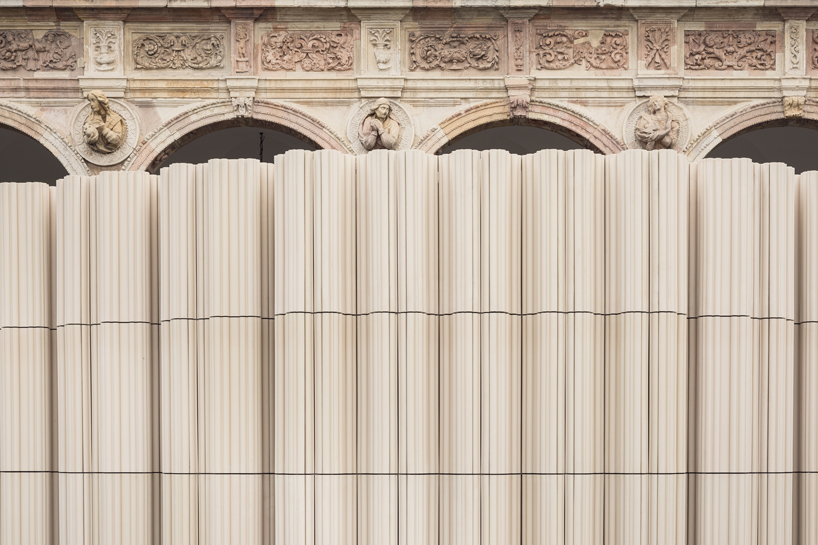 ‘working with interni has been an incredible honor and a great experience for our studio to explore the possibilities of design on a smaller, more intimate scale,’ explains SHoP principal, william sharples. ‘focusing on this idea of solidity and slow-time is a reaction to what has happened to a lot of architecture over the past few years—WAVE/CAVE asks us to slow down and get back in touch with the weight and pace of architecture from other eras.’ 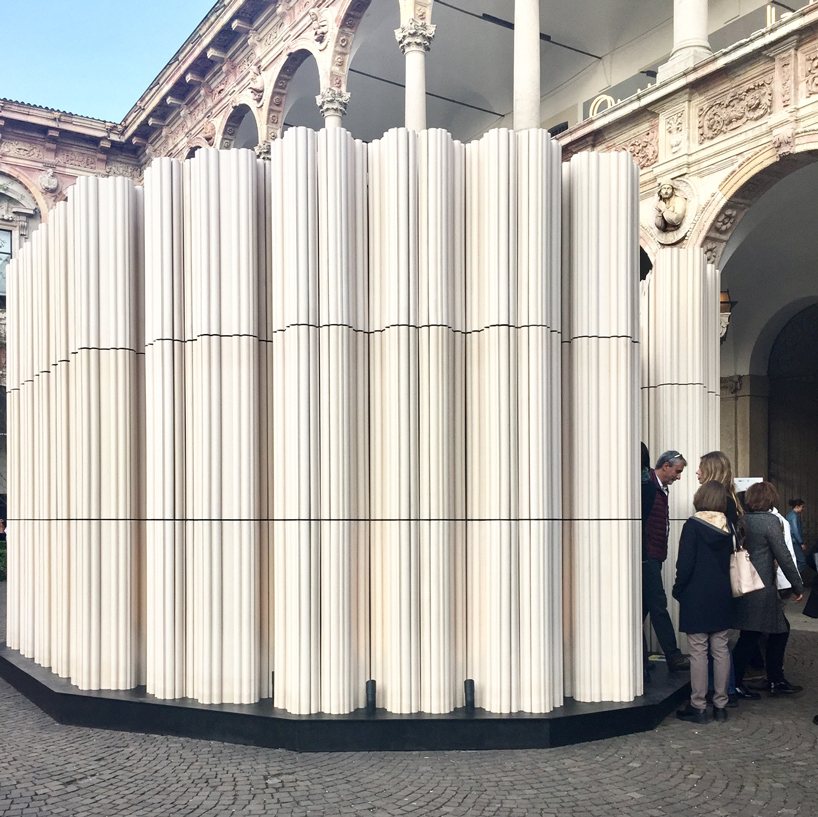 the sculptural enclosure is made from 1,670 individual blocks
image © designboom

‘we’ve always been interested in working with traditional materials,’ adds christopher sharples, principal at SHoP. ‘today’s technologies allow us to draw out their material authenticity in new ways. the collaboration between SHoP, NBK keramik, and metalsigma tunesi on WAVE/CAVE was an effort to demonstrate the poetic possibilities of terracotta while suggesting new directions for its use in contemporary construction.’ the project is on display at interni magazine’s ‘material immaterial’ exhibition, which forms part of fuorisalone 2017. the event brings together a series of experimental and interactive installations, highlighting the collaboration between internationally acclaimed designers and manufacturers. ‘WAVE/CAVE’ remains on view until april 15, 2017. 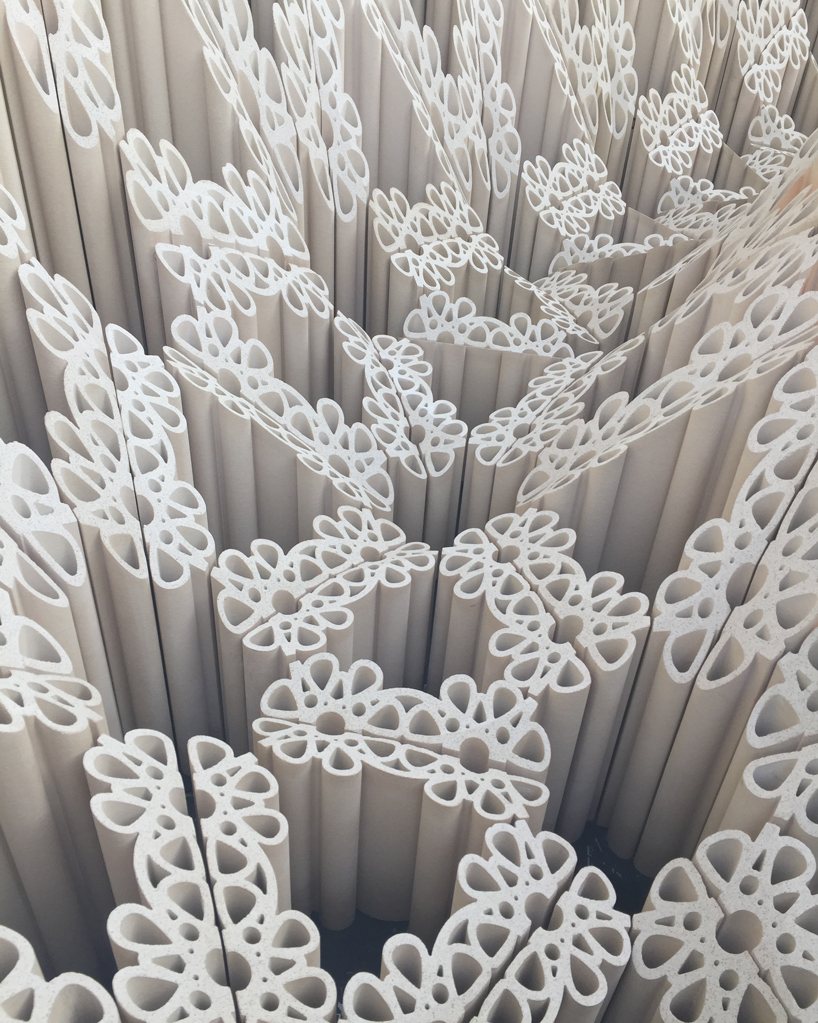 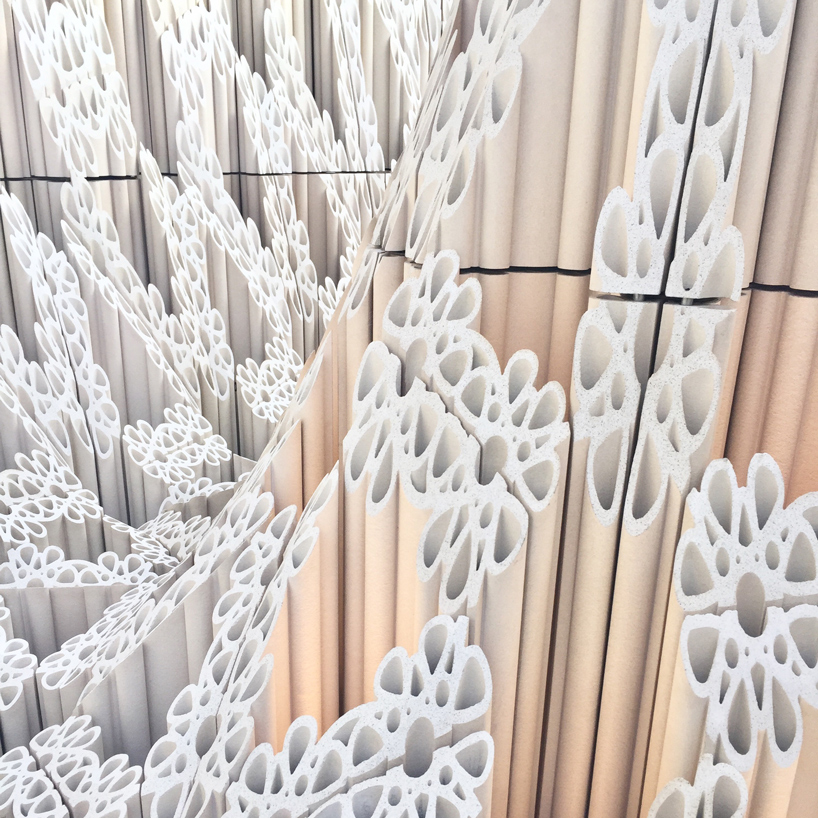 the units have been stacked in three tiers
image © designboom 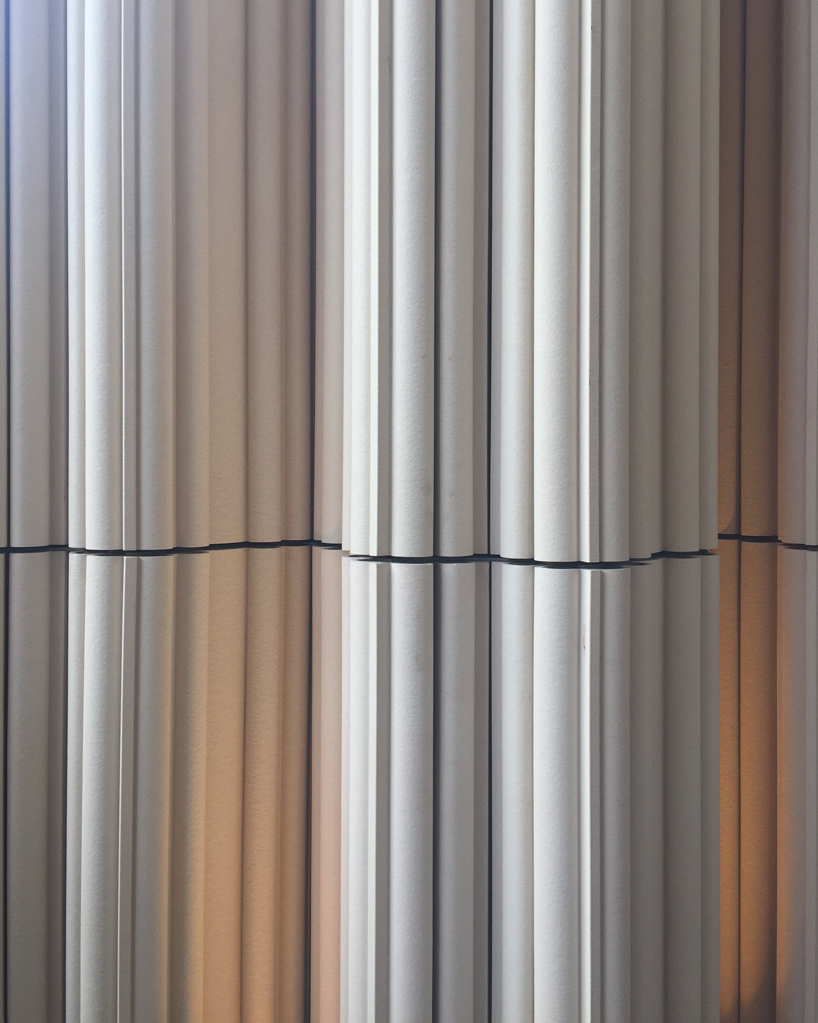 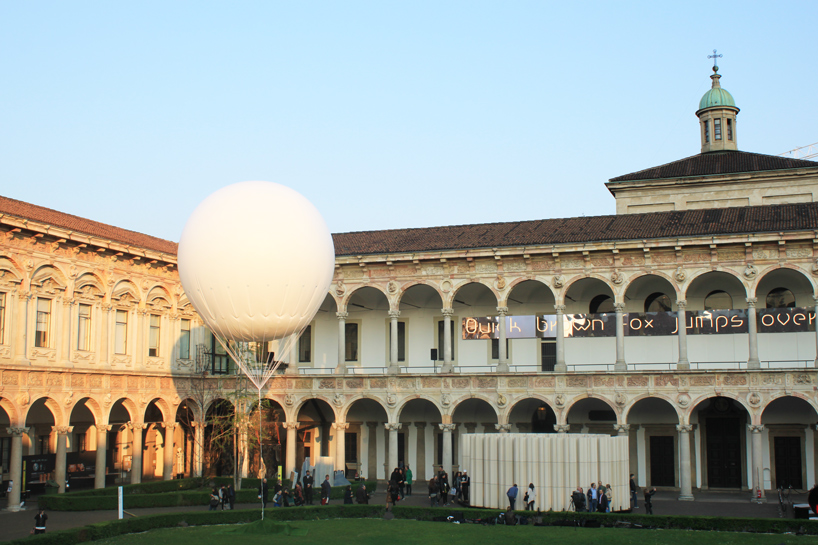