‘biodiversity: respect the balance!’ by pedro teixeira from portugal and ‘thinking green map’ by lianwei tay from singapore are two of the shortlisted entries from more than 4000 participants in the ‘iida awards 2010‘ competition, organized by designboom in collaboraton with incheon metropolitan city.

composed of a visual mosaic of fish, mammals, and plants, ‘biodiversity: respect the balance!’ aims to illustrate and promote the importance of balance in our global ecosystem.

designer’s own words: ‘the starting point for the conception of this project was biodiversity and its importance to the well-being and balance of the planet. I intended to create a clear and appealing design that could illustrate and promote this concept in any part of the world. accordingly, I developed a design that reveals a world of biodiversity in which this is the fundamental matter of its existence and which, therefore, should be preserved, keeping its balance. from a visual perspective, this poster can be seen in two ways: on one hand, globally, in which we perceive the globe in its geography; on the other hand, from a perspective of detail in which we understand that it is constituted and constructed by a whole of great biodiversity.’ 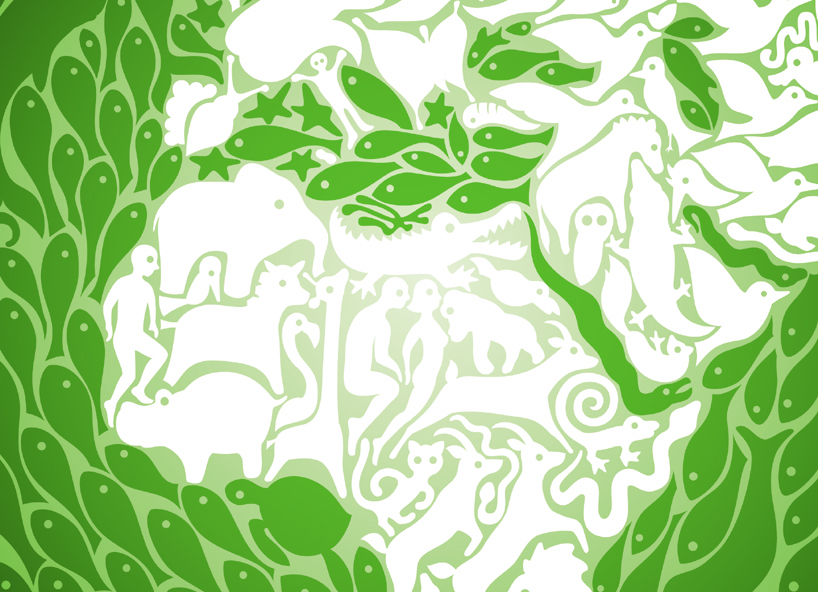 ‘thinking green map’ includes the images of trees and foliage to a standard map to consistently remind users of the presence of green in their city.

designer’s own words: ‘maps are used to present information to people but maps convey more about the importance of other things rather than the importance of trees. making people forget about the presence of trees even though they are all around us. ‘thinking green map’ is an idea, making the presence of trees felt in everybody’s daily life, so that people can thank more about trees whenever they use the map or when it is presented to them.’ 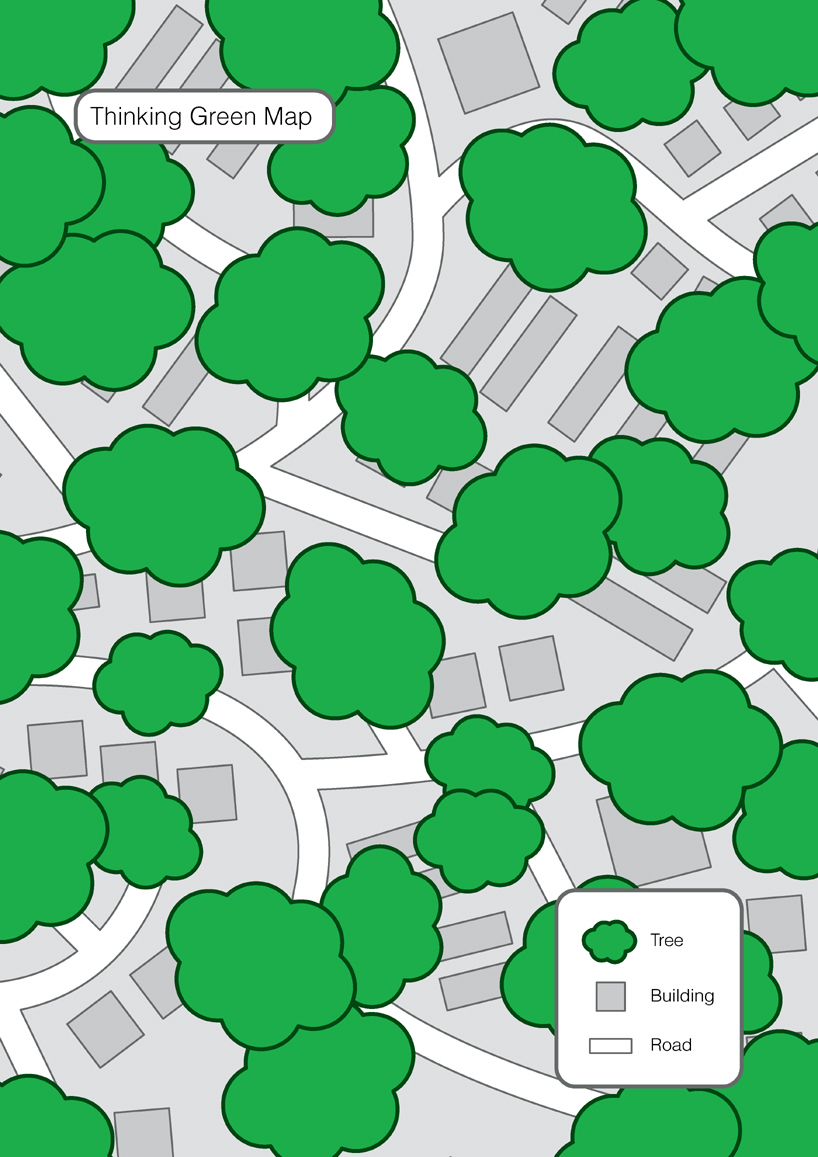