the work of icelander and berlin-based illustrator / designer siggi eggertsson combines the influences of classic impressionism with contemporary technology. even to the degree that while on sabbatical in a remote icelandic village from a few years spent between new york, berlin and london he would bring his own canvas out into nature and vectorize the landscapes. resulting in his constant pushing of grids and pushing of himself to continue to move forward and continue to develop his illustration style and see just how far it can go. at 27 he has done work for clients including H&M, nike, coca-cola, espn, microsoft zune and worked in the studios of karlssonwilker and the big active agency. 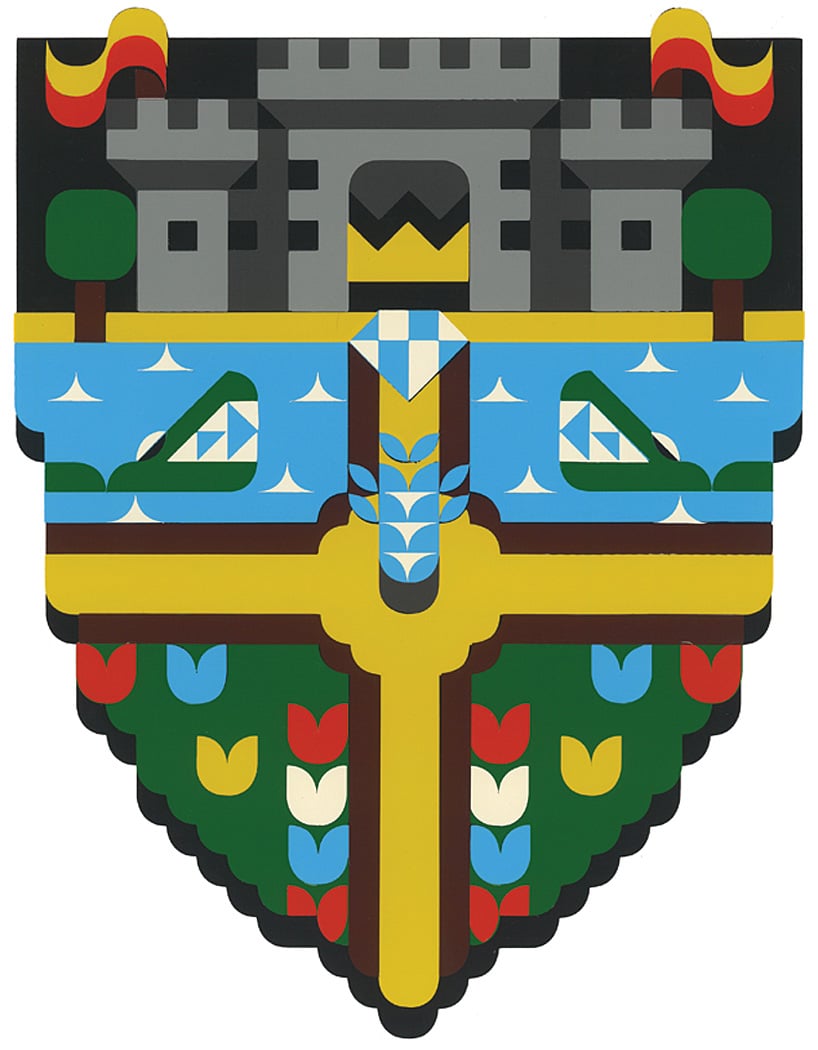 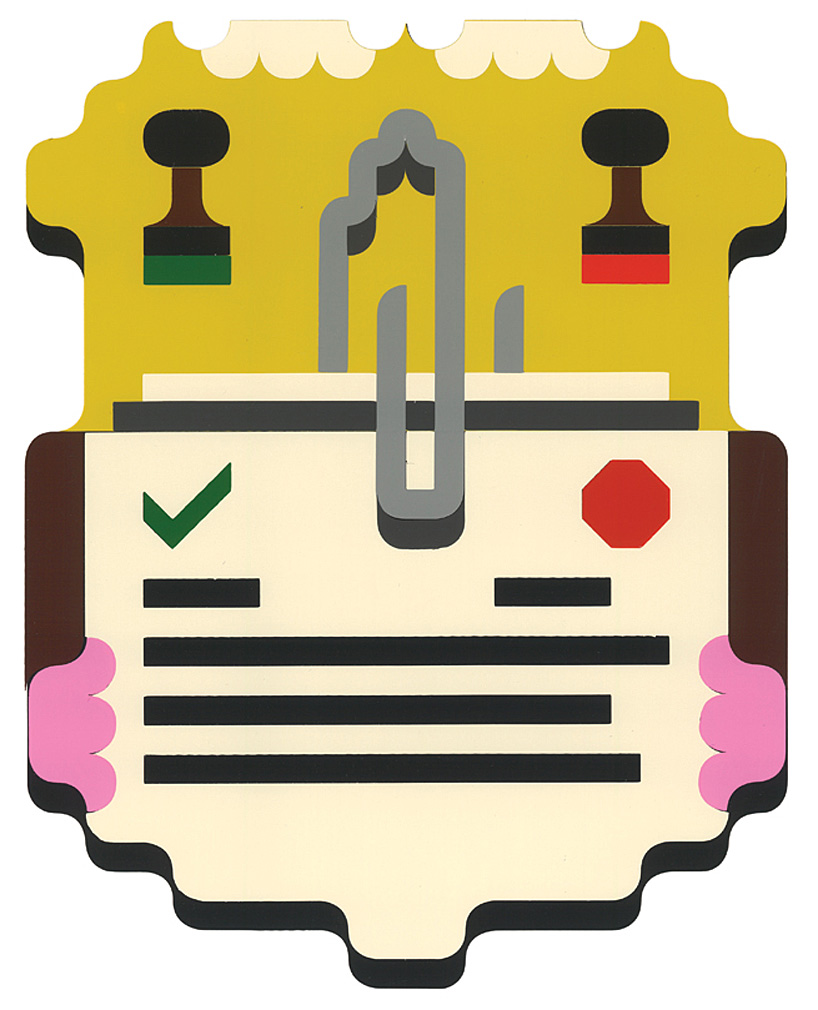 designboom attended the designmarch 2011 in reykjavik, iceland where eggertsson presented his ‘pólýfónía’ album cover for one of his favorite icelandic bands, the apparat organ quartet (four keyboards and a drum kit), which won best cover art at the icelandic music awards. see his website for a layer by layer process animation. 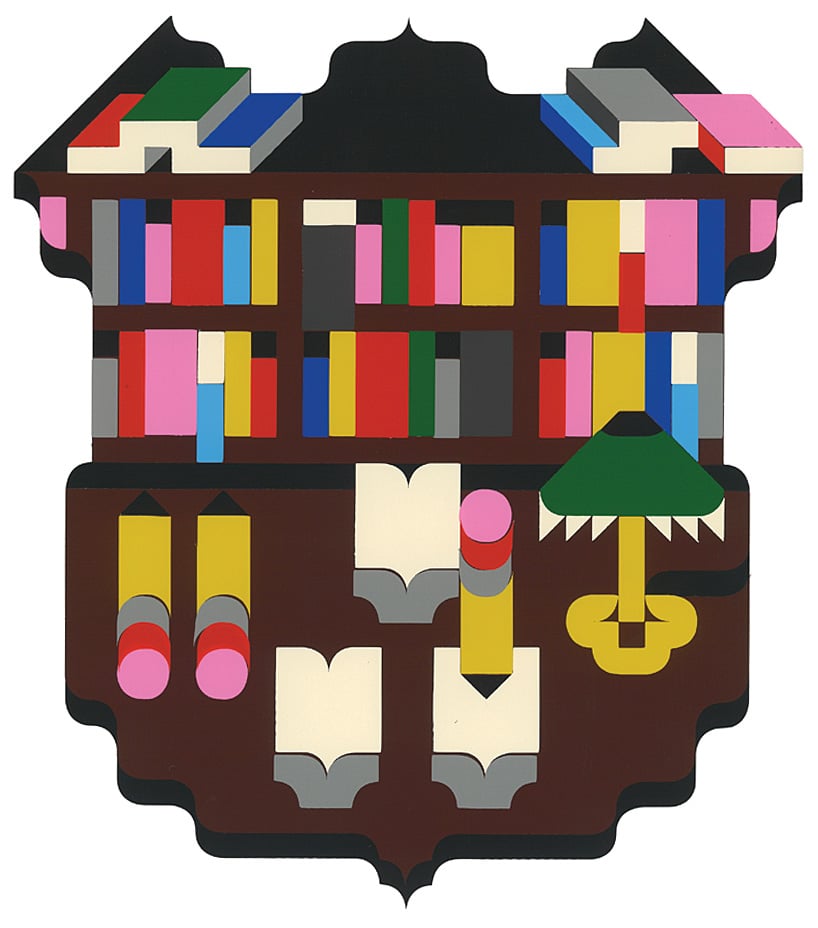 ‘the initial idea was to make a crest for the cover, but turned into making a crest for the 5 band members, 9 for all the songs on the album, and one for the cover that unites them all. to make it a little harder for myself I decided to create all the crests with vinyl foil, by cutting and stacking colored layers on top of each other.‘ – siggi eggertsson 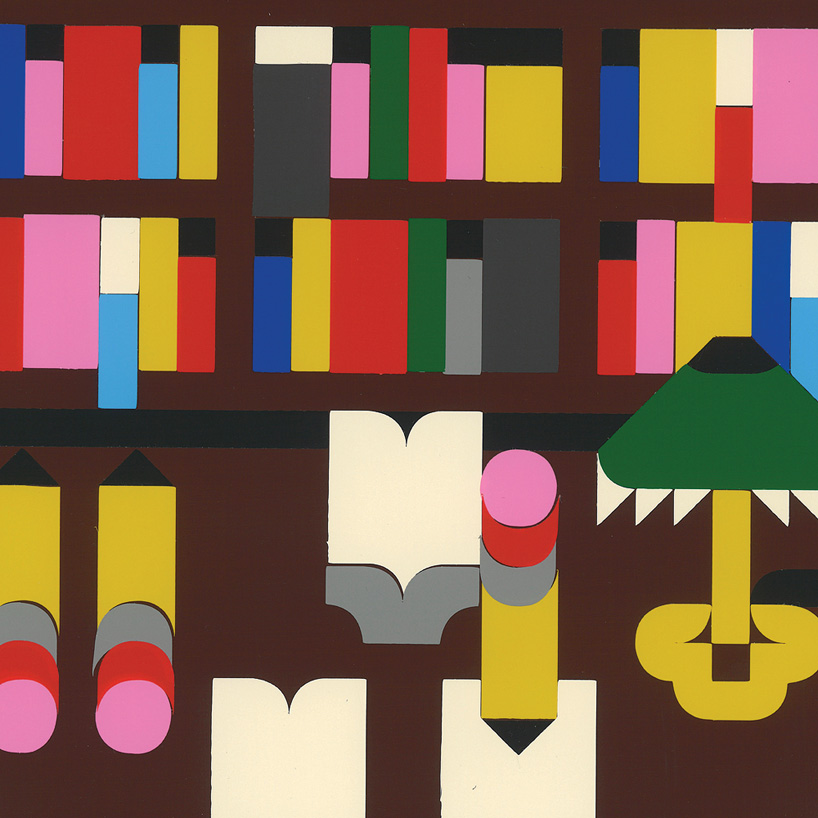 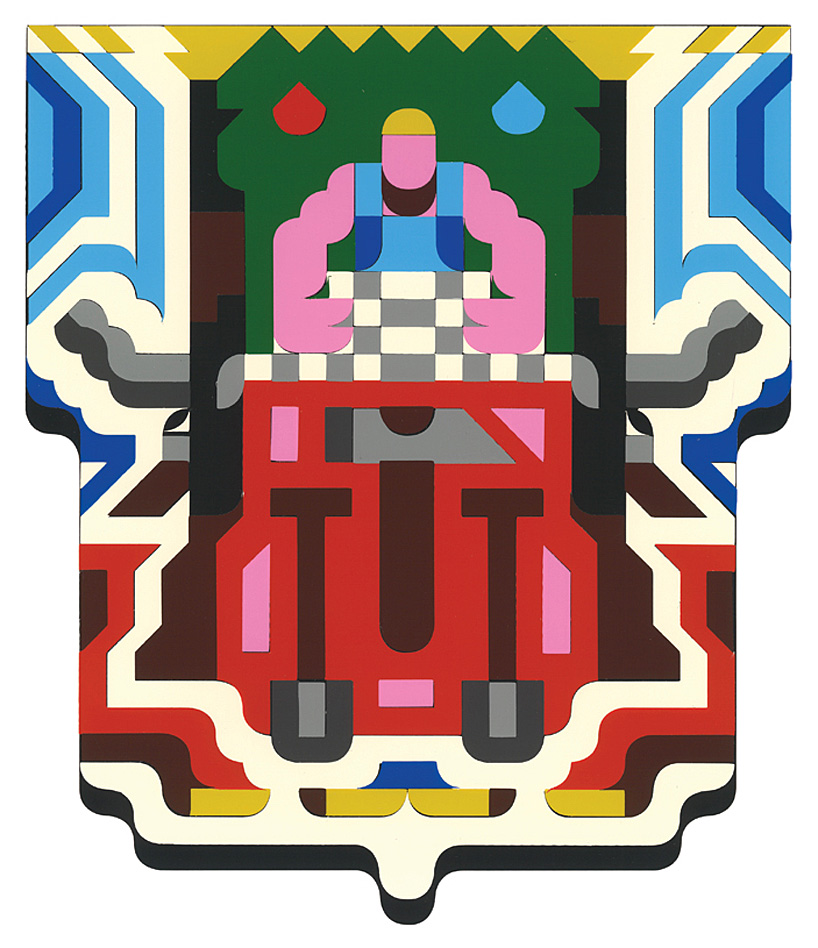 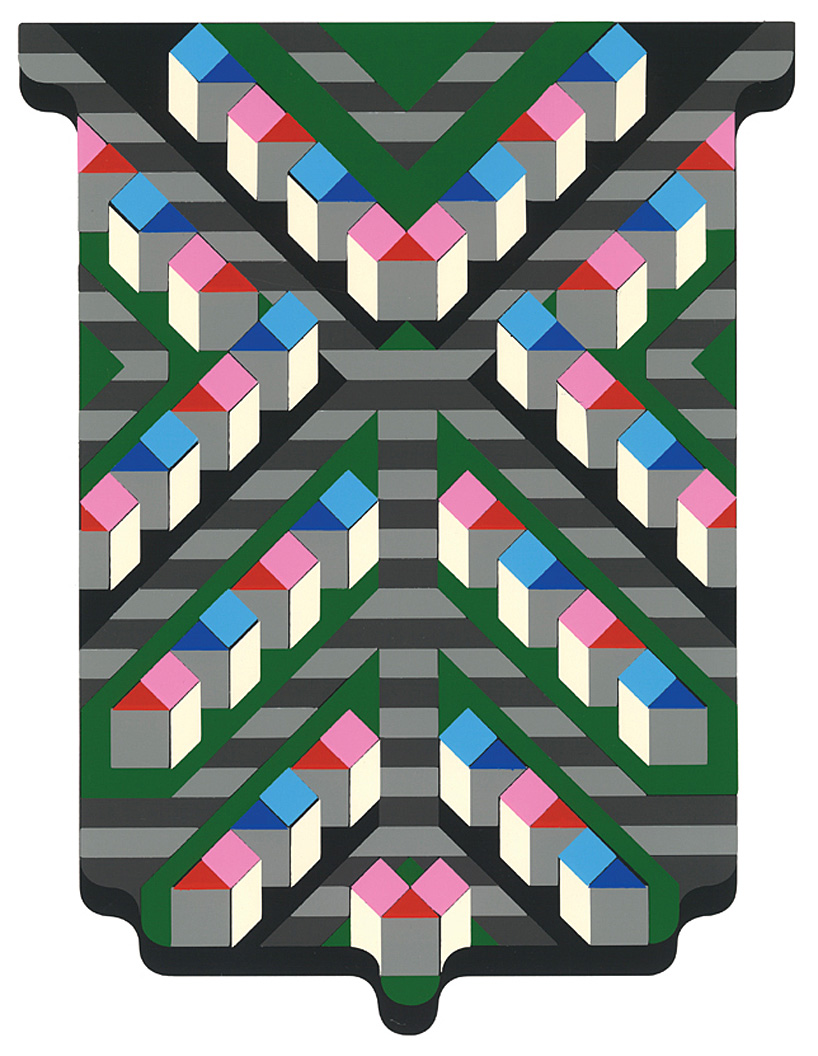 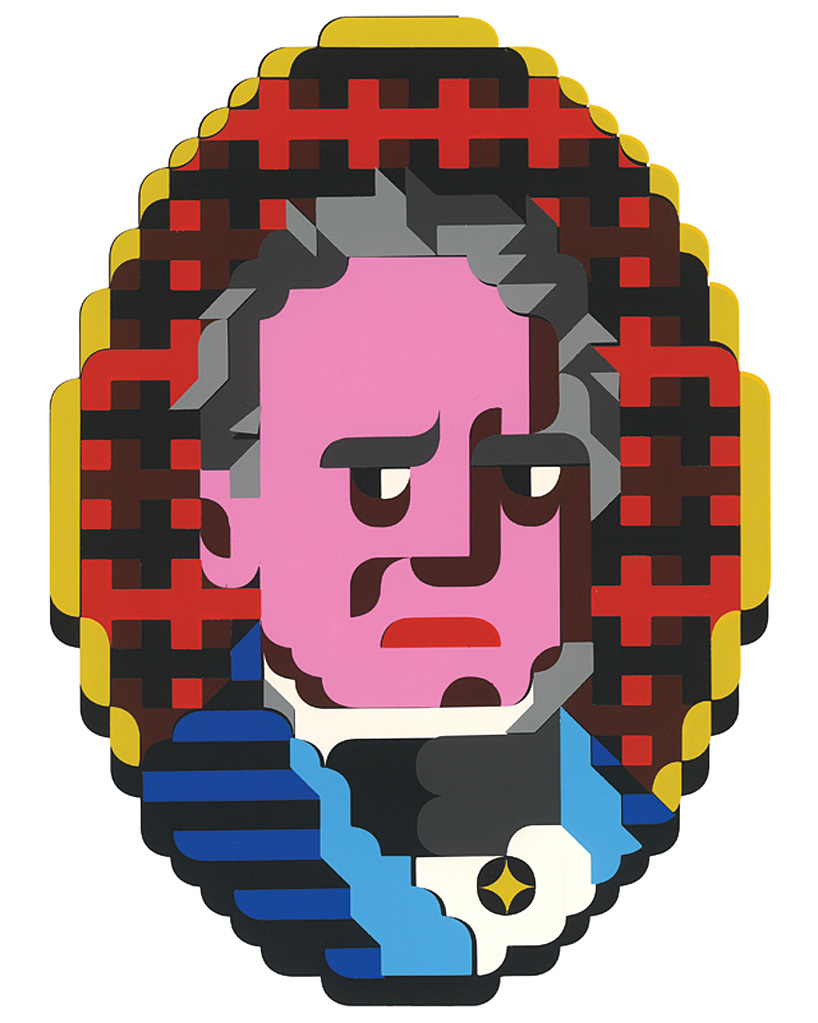 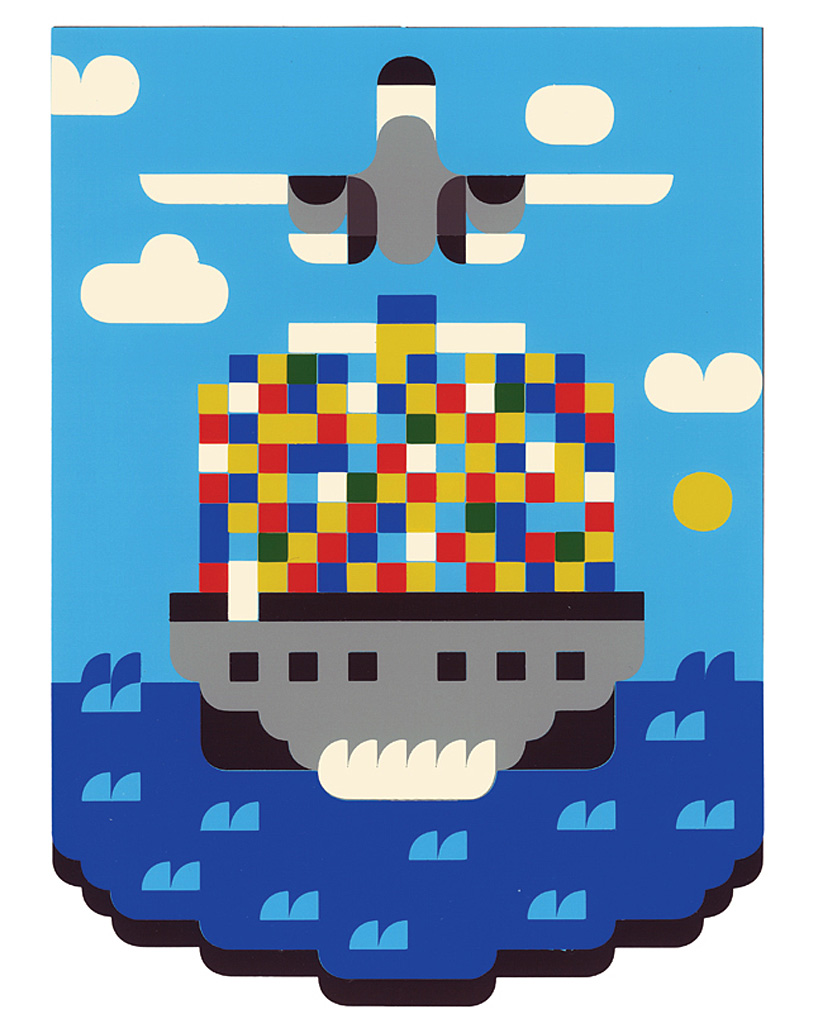 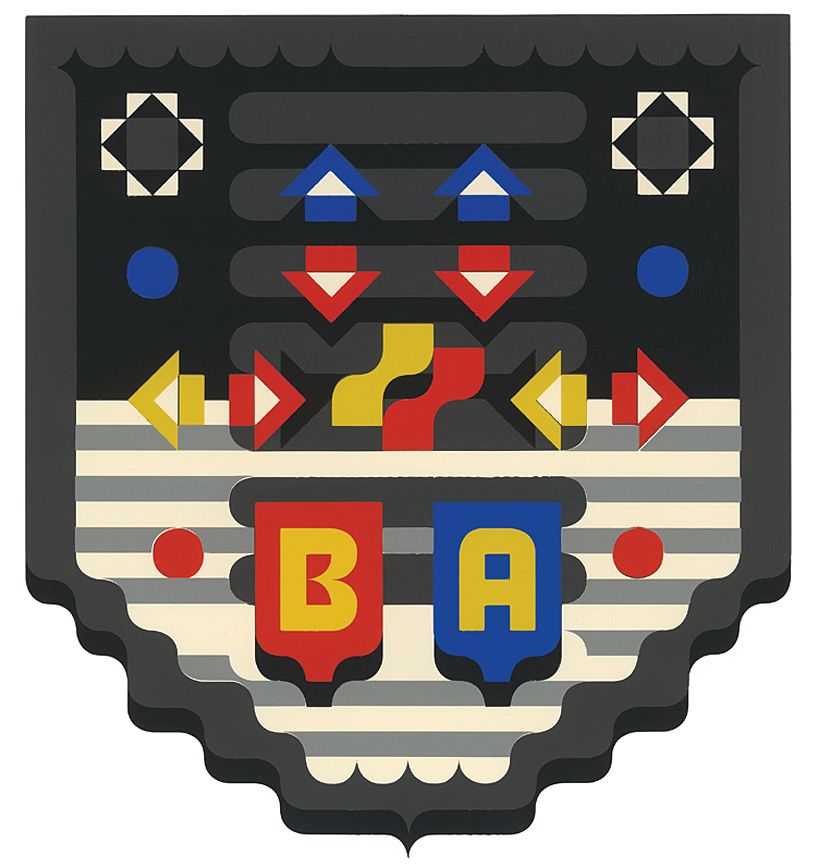 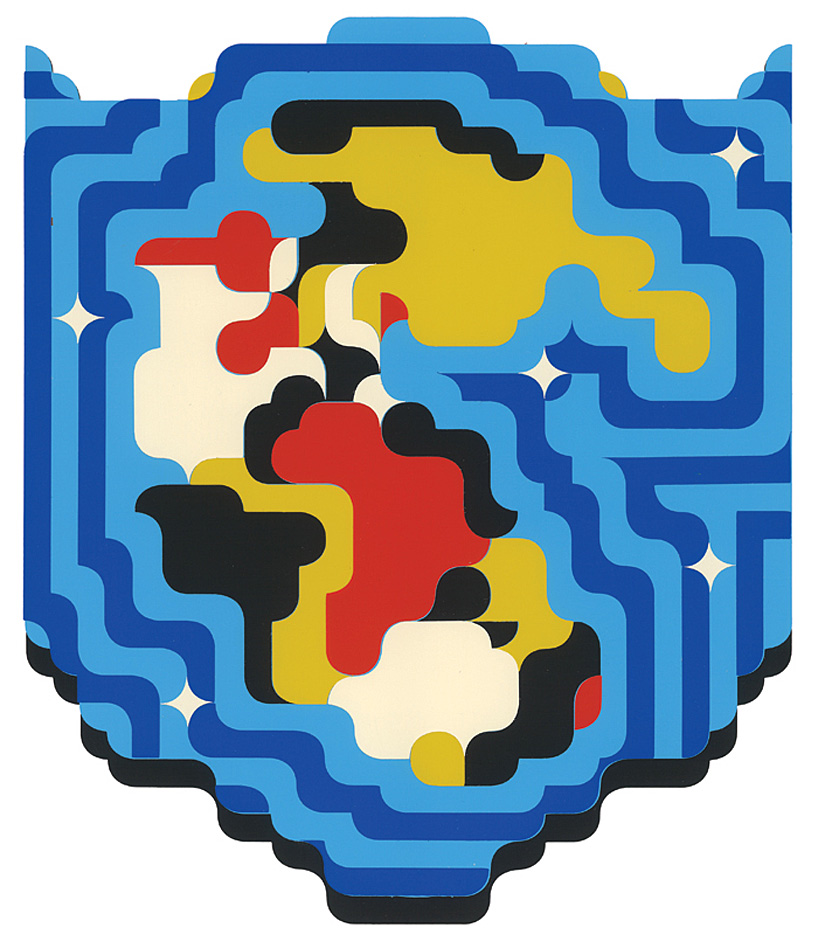 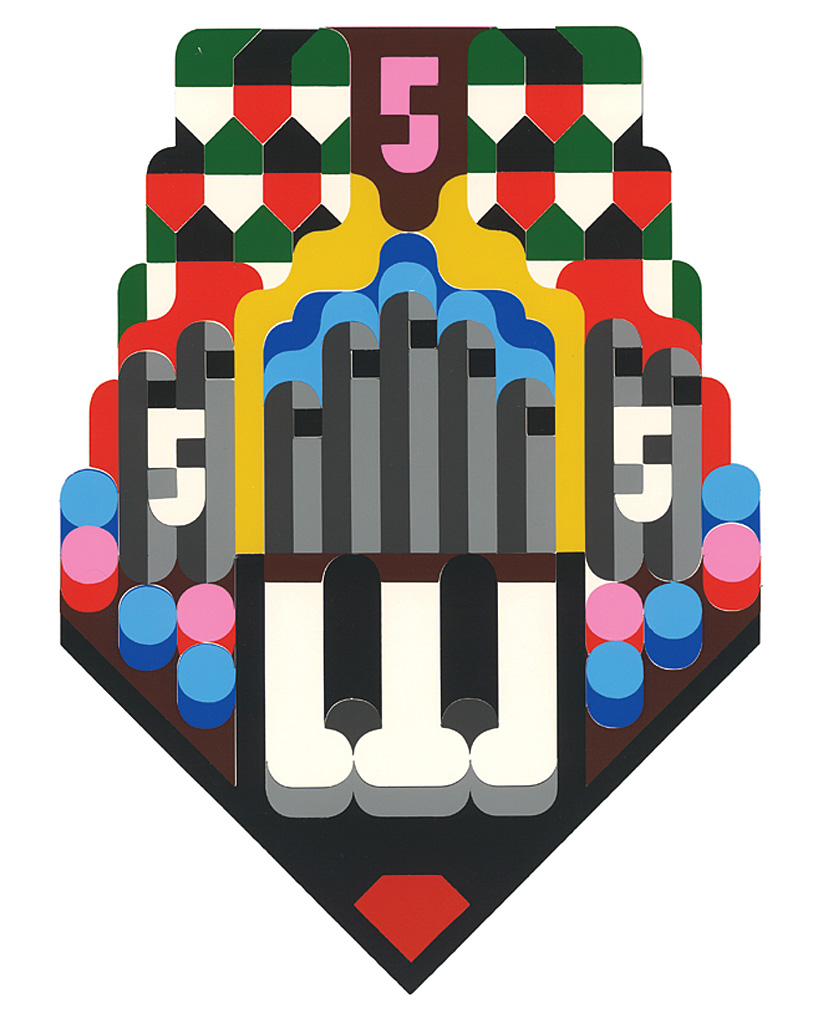 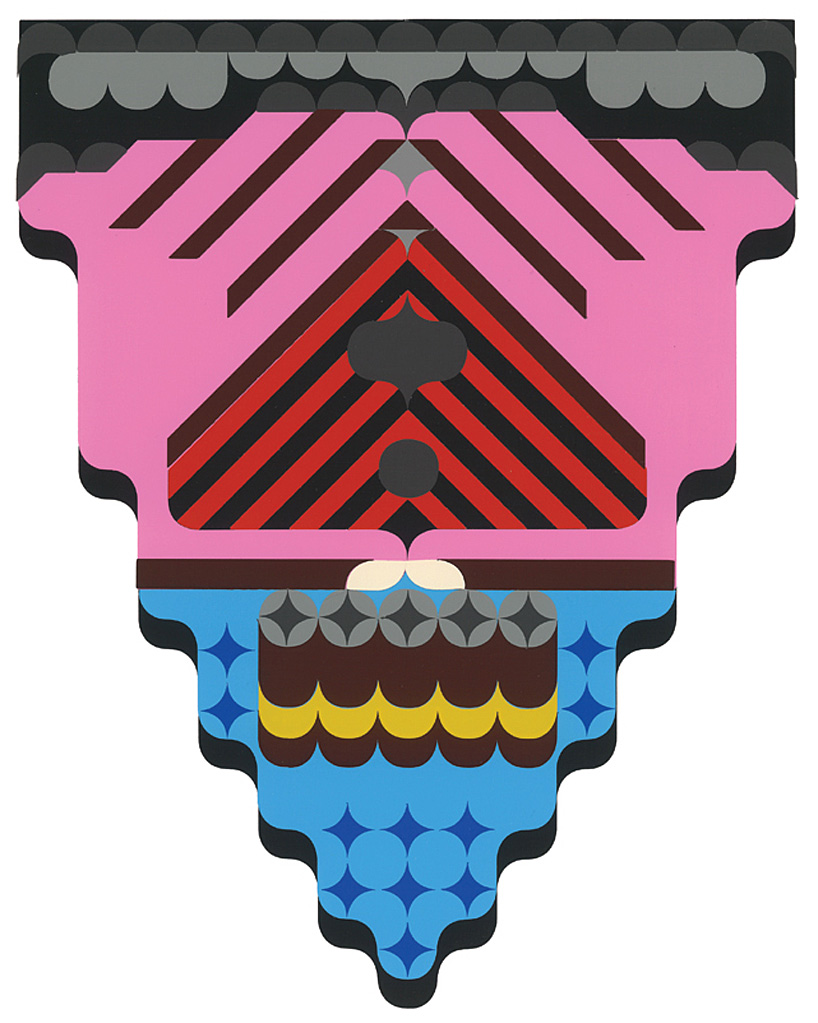 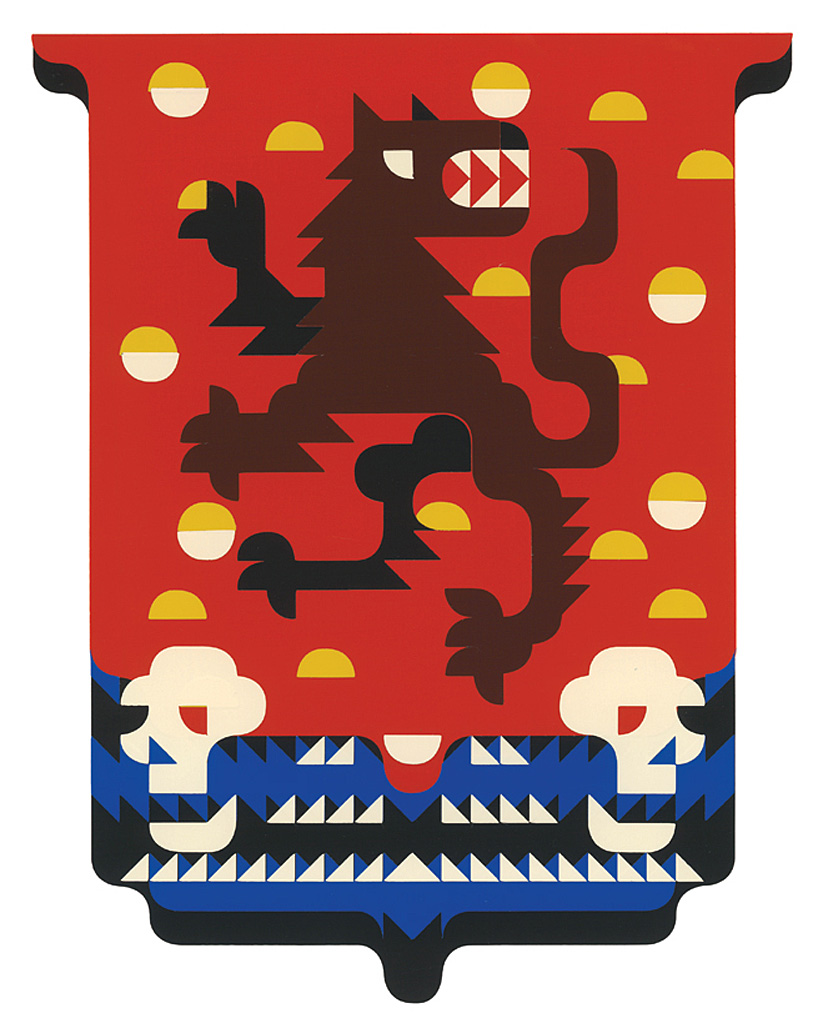 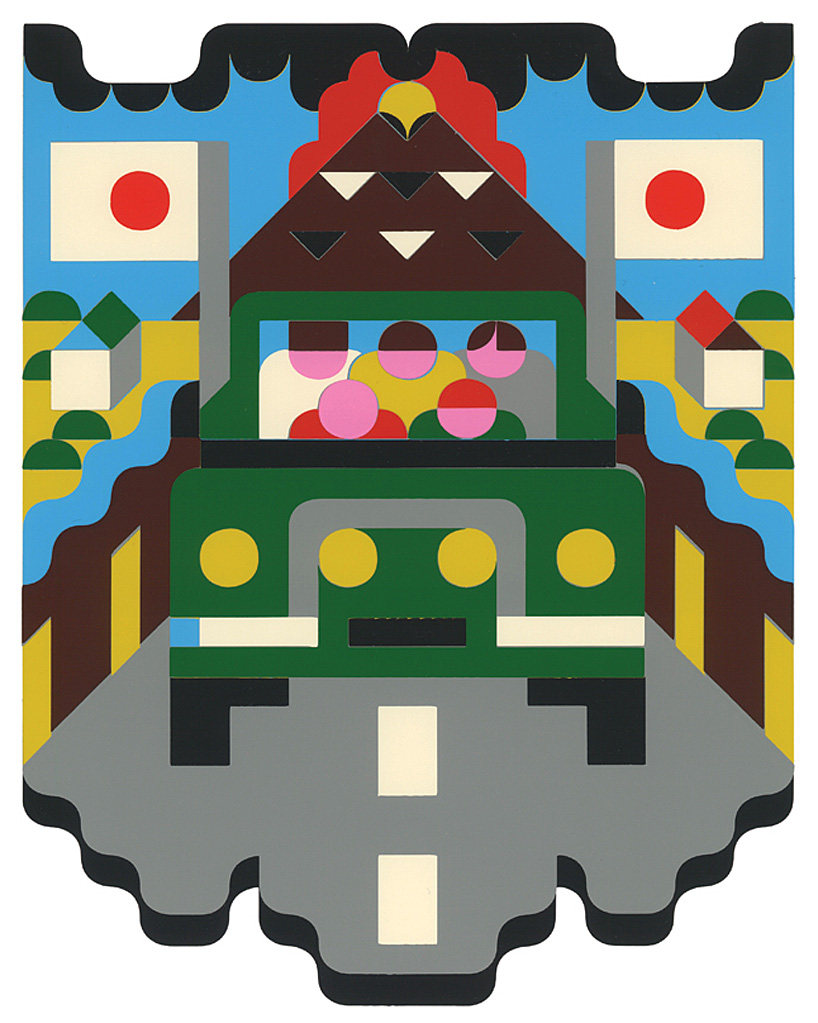 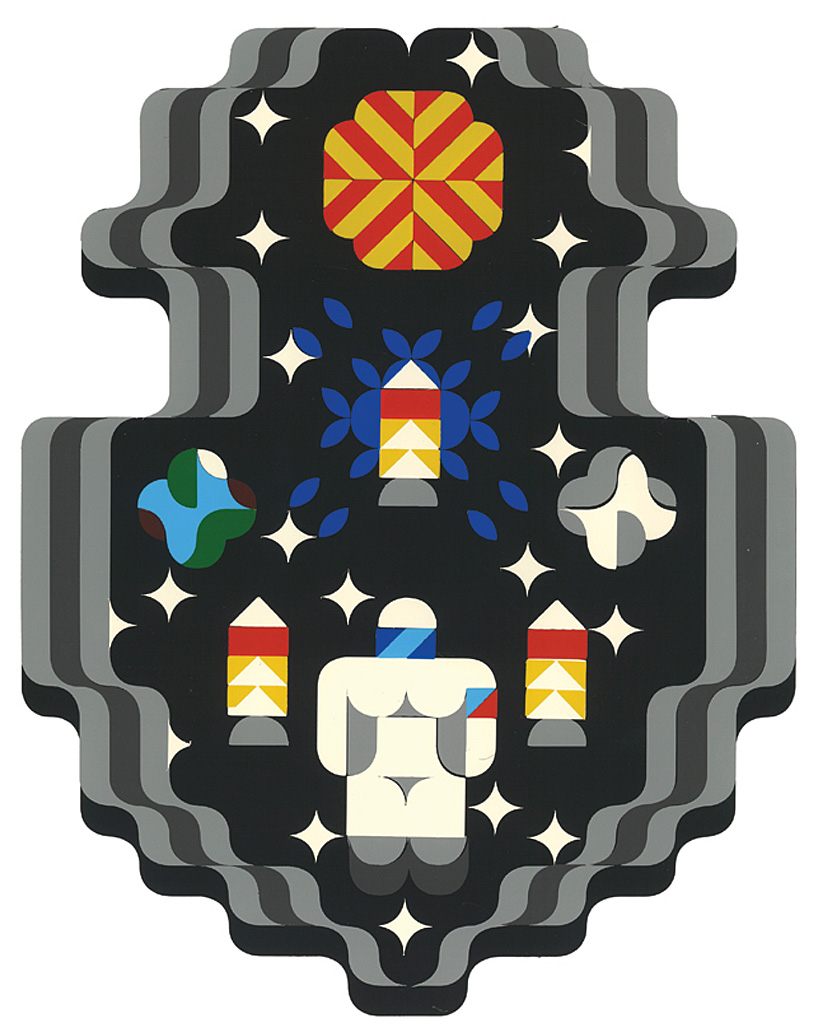 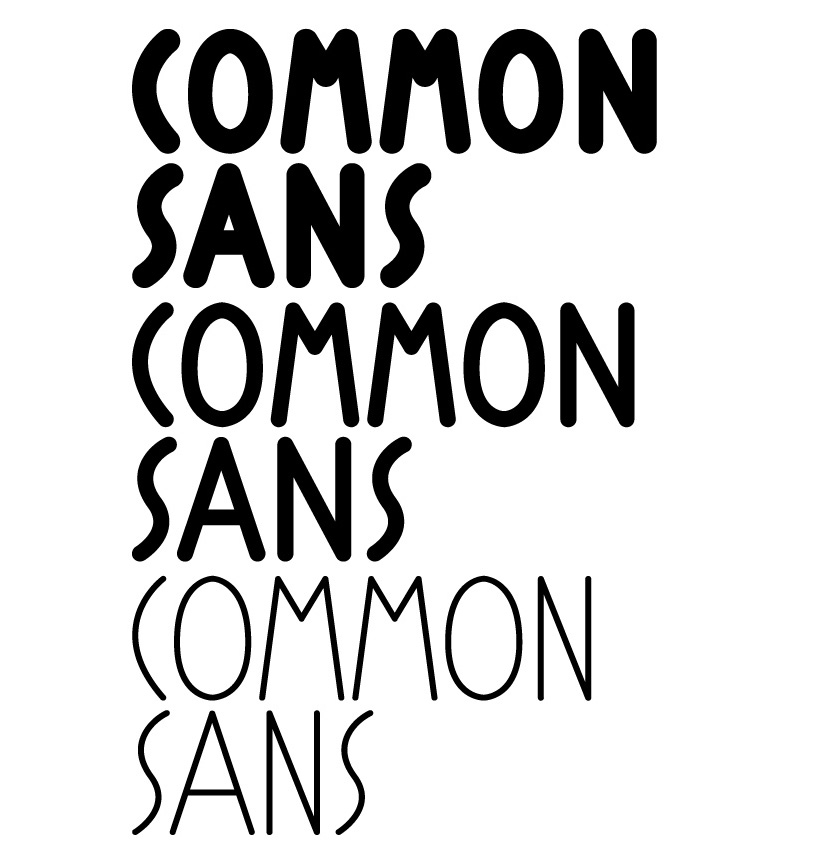 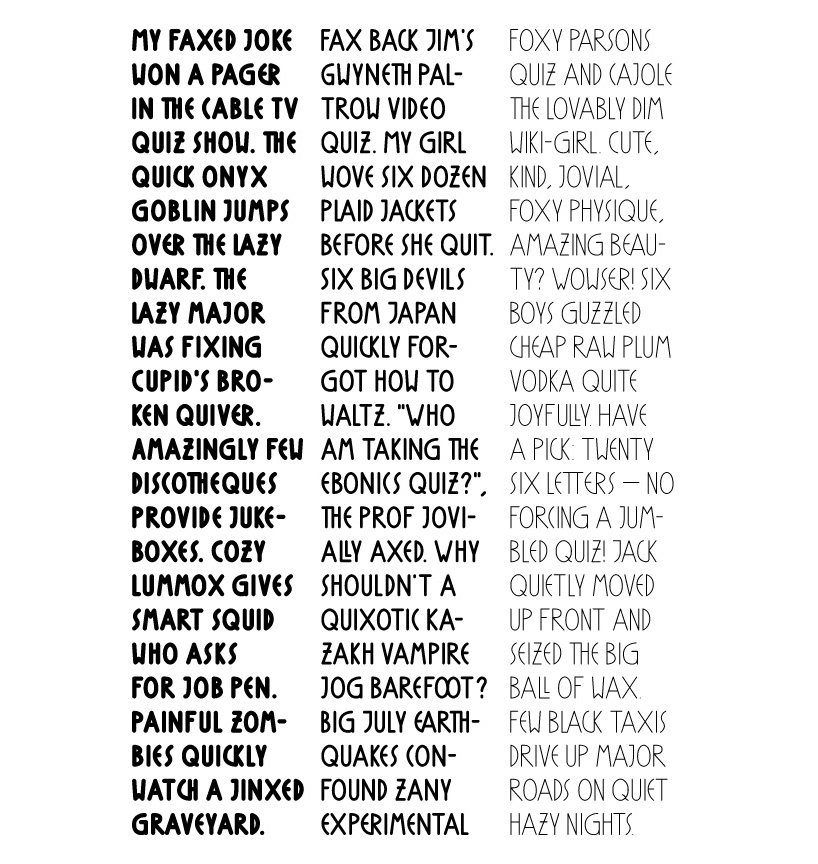 generally making his own typefaces for each new project, common sans was used on the apparat organ quartet album 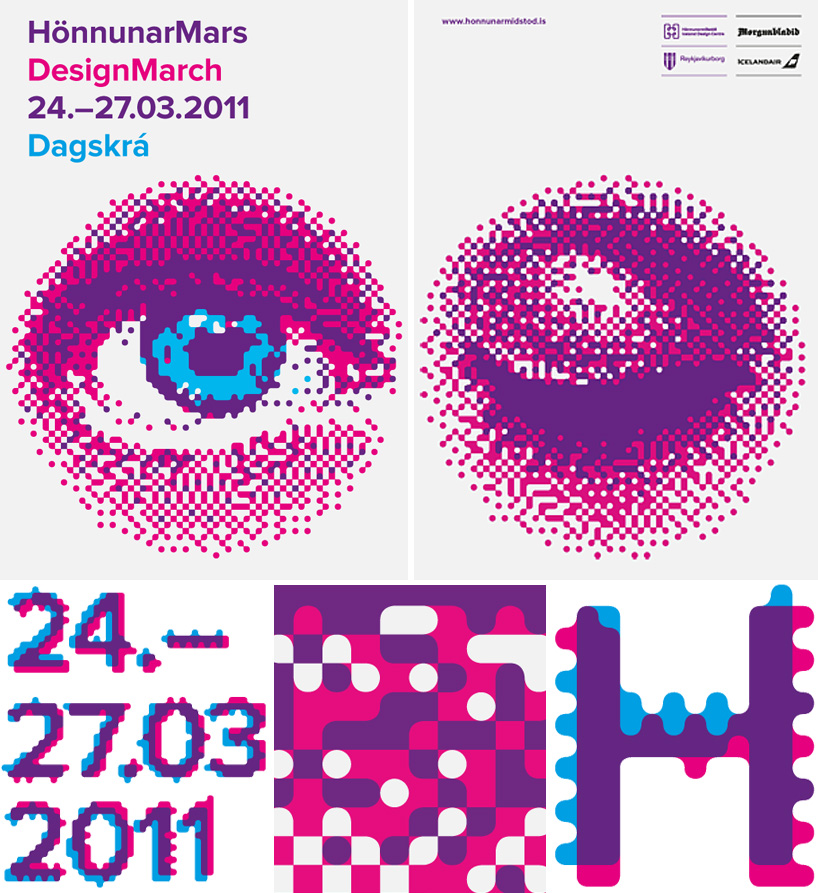 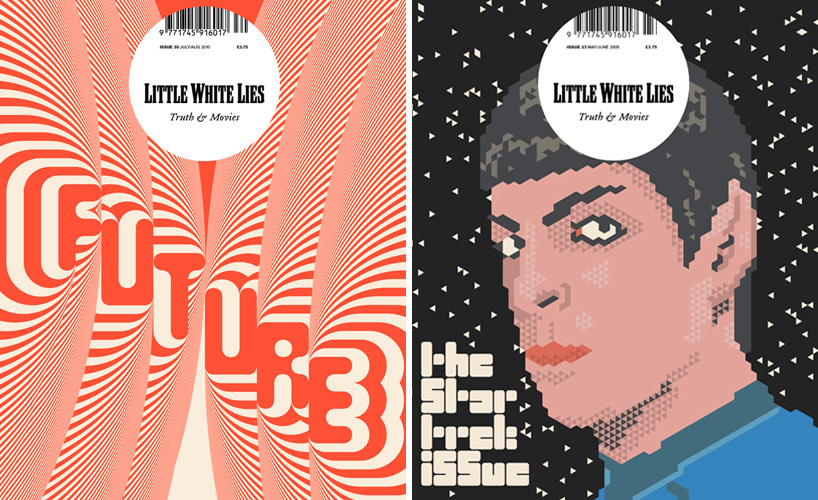 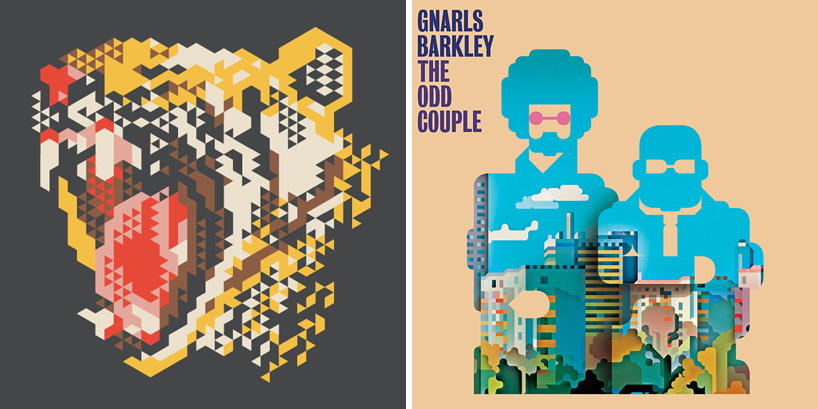 left: the product of personal work and exploring a triangle based isometric approach right: album art for the second album from gnarls barkley 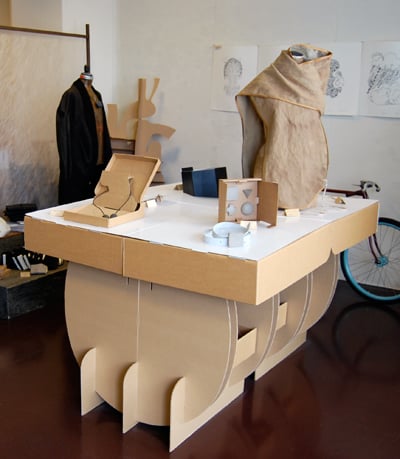 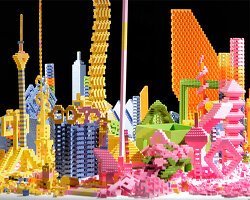 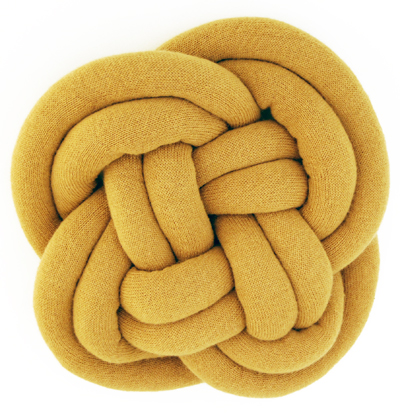 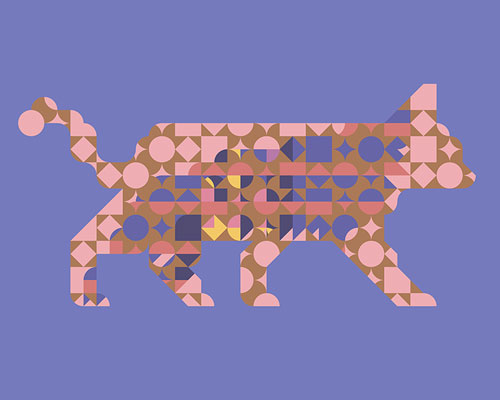 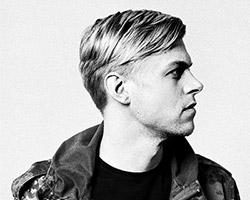