as a child, UX/UI designer simon forgacs has been fascinated by how test cards looked on TV screens. appearing as colorful geometric shapes, test cards are a set of patterns that calibrate and adjust television signals for the picture to be displayed correctly right before broadcast. but being so young, forgacs did not understand the meaning behind them; all he could remember was how mesmerized he was by these light patterns that live inside the same box as star wars or back to the future did. 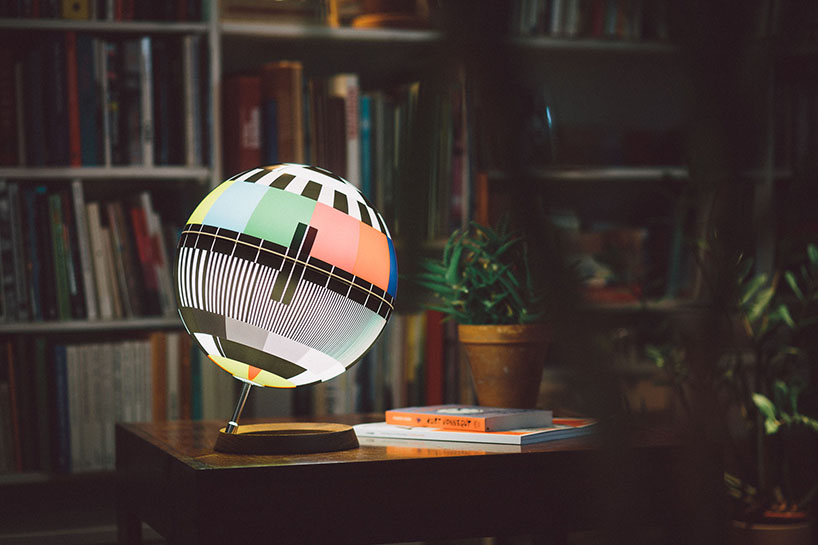 simon forgacs‘ story goes back to a period before the internet and computer games, when television was the ultimate symbol of technology. looking at test cards was like looking under the hood of a complex machine and with time, they became a symbol of a dominant era in TV history. therefore, he wanted to capture their essence in a symbolic object — which led to the creation of the MONO LAMP series. it took over a year to prototype, build partnerships and eventually find the right balance between production quality, cost and scalability. 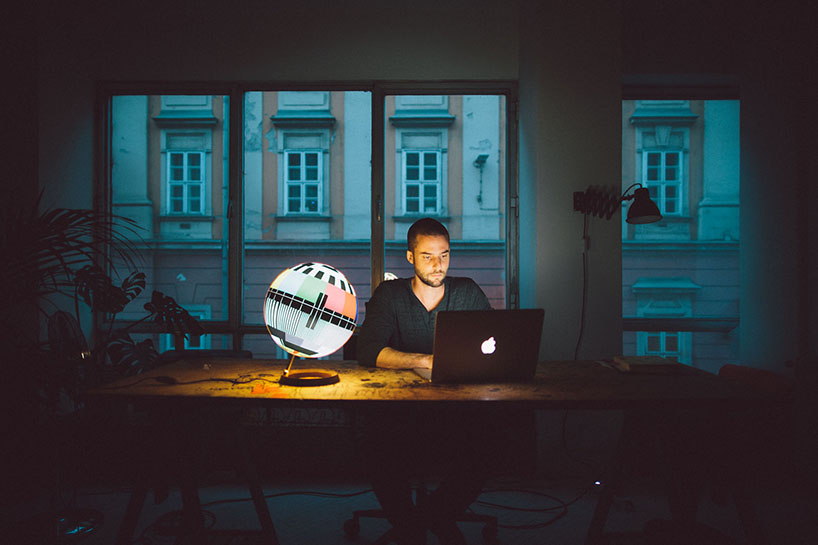 for the MONO lamp series, the designer simon forgacs was influenced by his childhood fascination of TV test cards
image © bence szemerey

made in italy, the MONO LAMP series comes in two colors with an ash wood and aluminum base, a 30 cm-diameter illuminated plastic globe and an easily replaceable standard light bulb. the final effect gives off an ambiant lighting, with warmer or cooler tones — depending on the surface color. 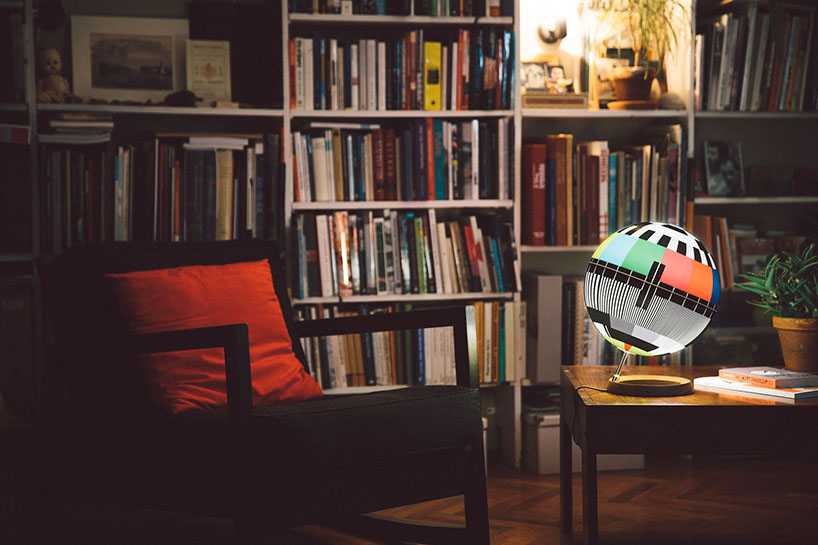 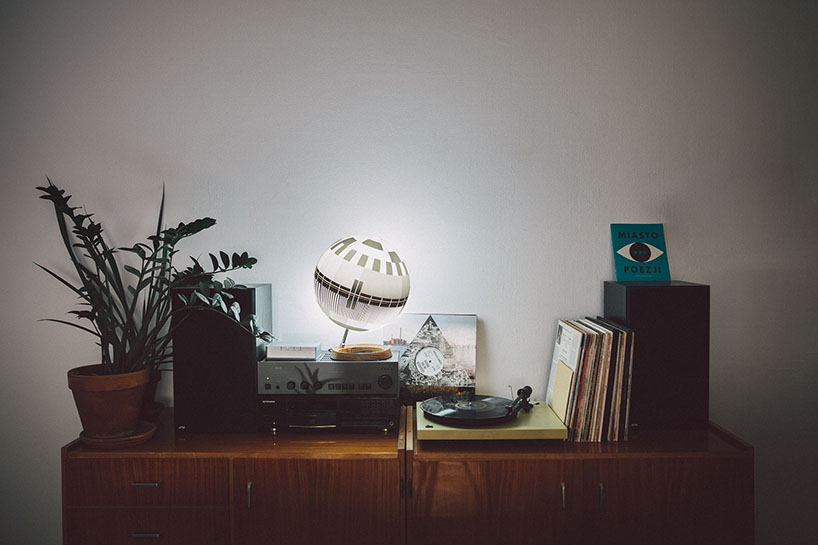 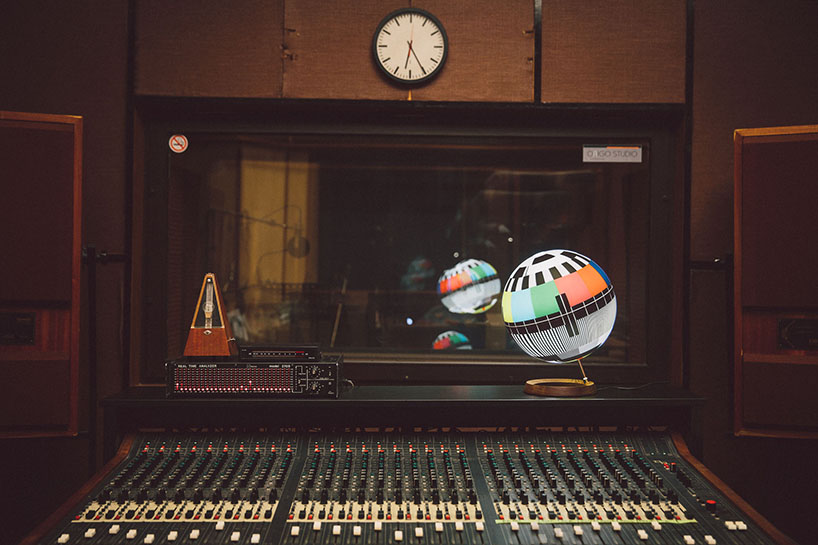 the object can be used in different types of environments —  from studios, homes, offices and the like
image © bence szemerey 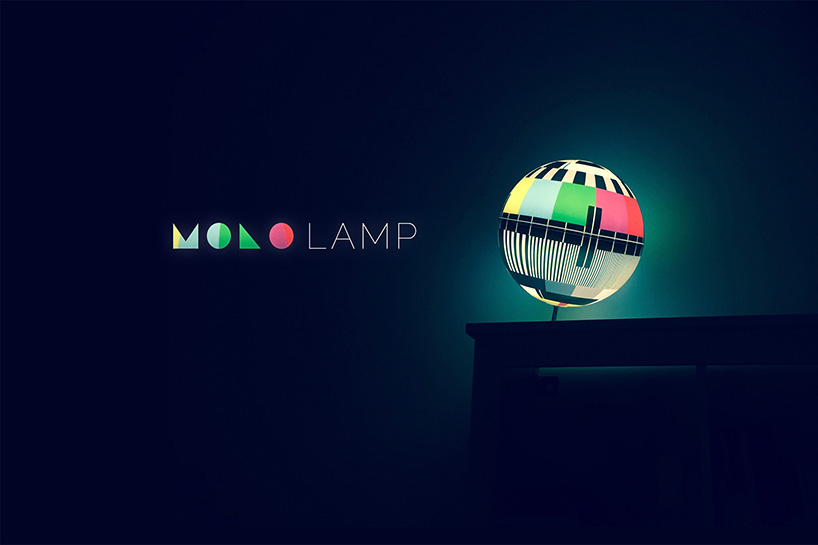 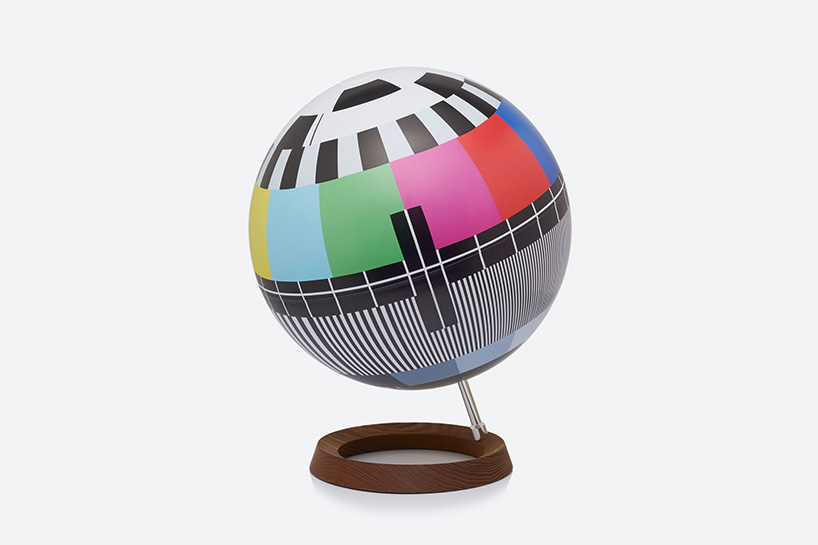 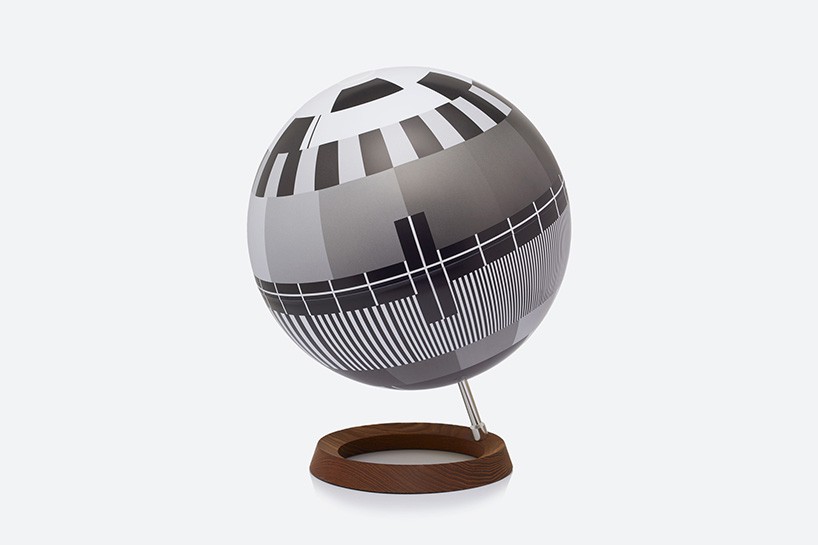 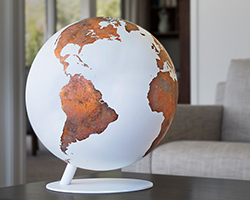