the simpsons TV show has been virtually ever-present on our screens since 1989, with the instantly identifiable residence at 742 evergreen terrace becoming a symbol of american suburbia. boasting a pink façade, (which became a lighter brown as the seasons wore on), the two-story detached dwelling is one of TV’s most recognizable family homes, despite its somewhat mundane suburban appearance. 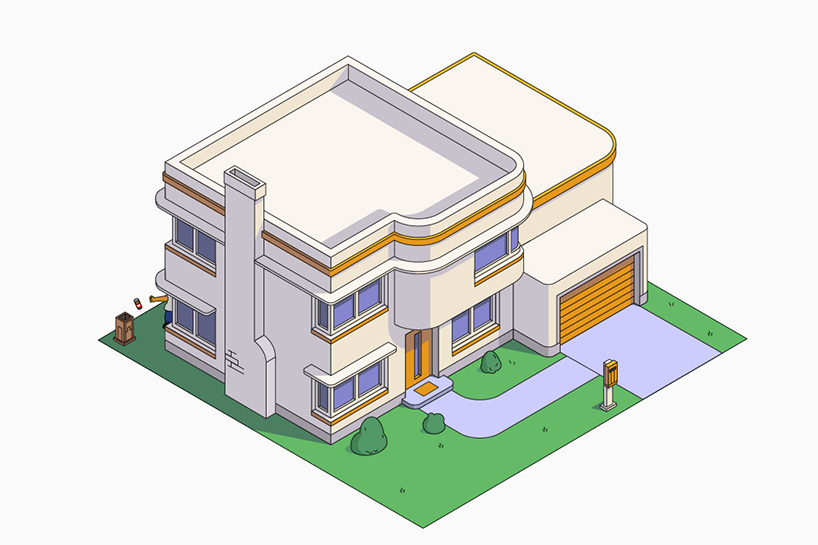 but what if homer hired an architect? a new series responds to america’s diverse mix of architectural styles, giving the dwelling a range of stylistic makeovers. the images — produced by neomam studios for homeadvisor — considers how the recognizable residence could look if the family had embraced a range of popular housing styles — from art deco to victorian. a tudor abode is characterized by slanted timber beams decorating the front-facing portion of the roofing, while elsewhere, large windows, verandas, and balconies pay homage to mediterranean styles of architecture. 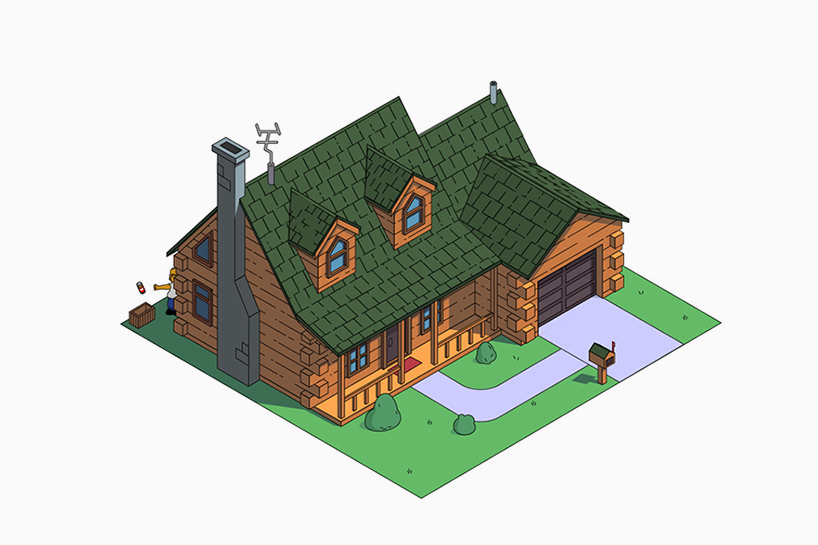 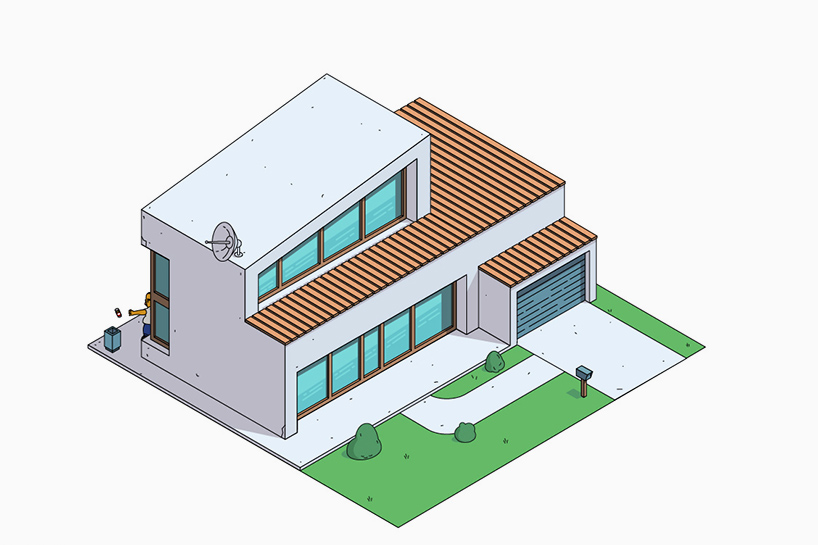 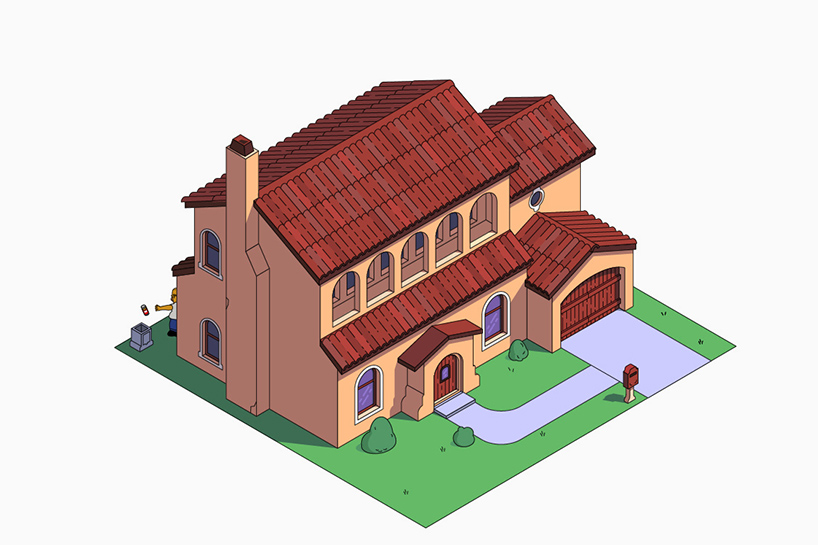 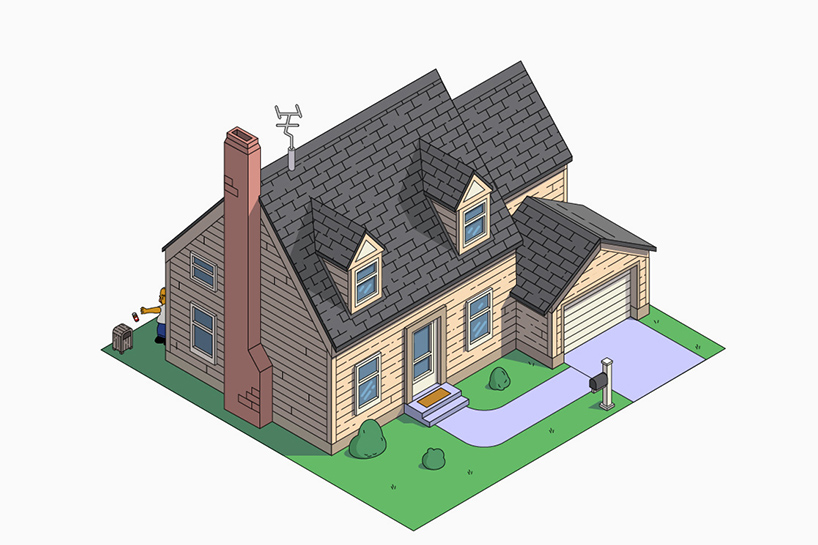 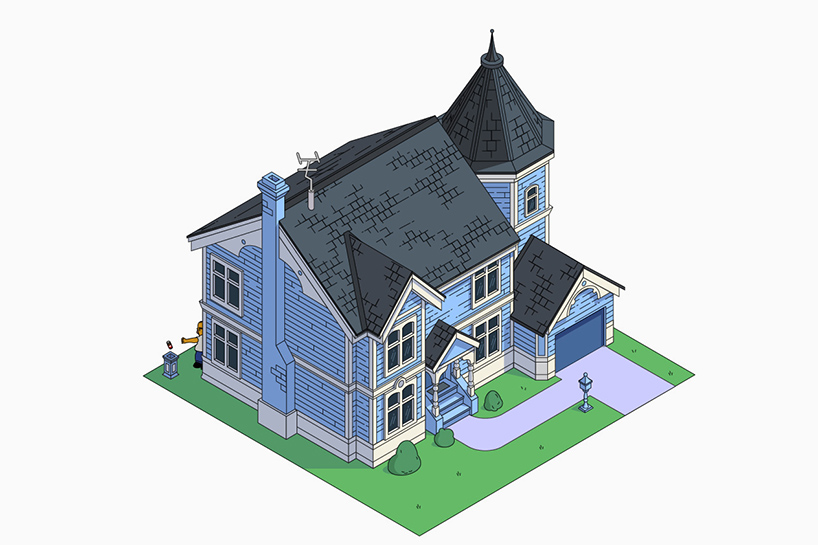 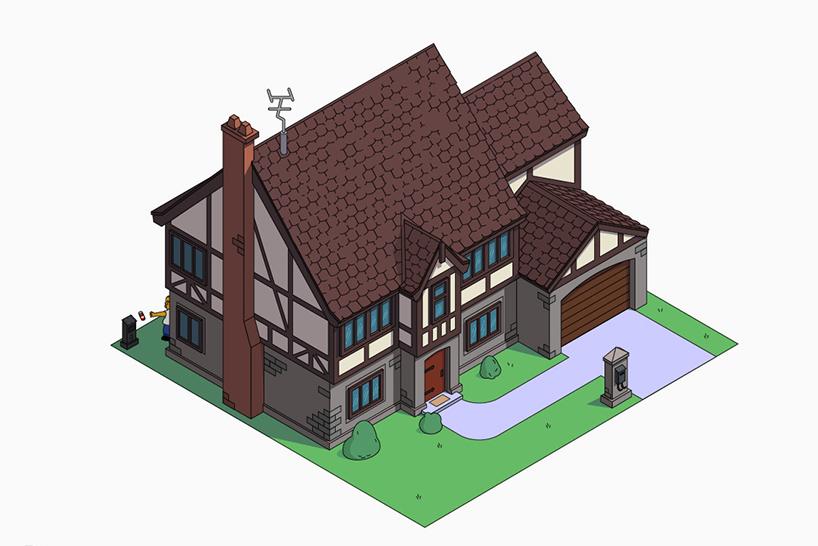 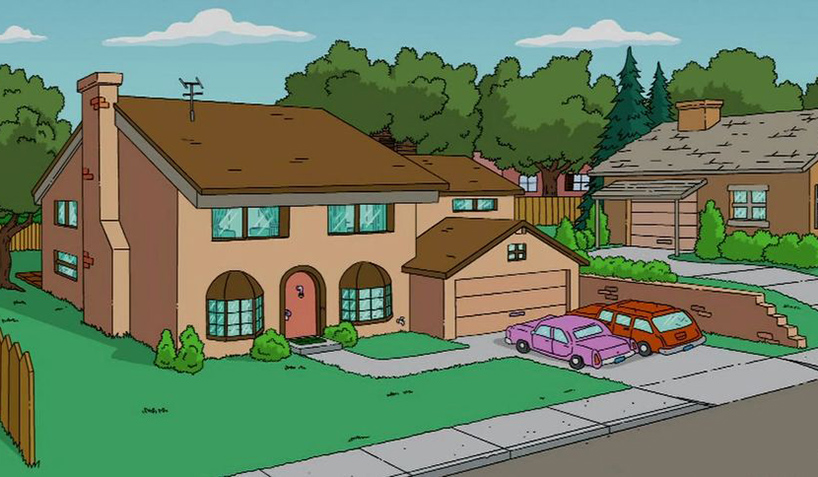