over the past 30 years, homer and marge simpson have lived at 742 evergreen terrace and haven’t so much as touched a roll of wallpaper. the sparse, yet comfortable furnishings have remained unchanged through the decades, and have become synonymous with american suburbia since the show first aired back in 1989.

these steadfast interiors sparked an idea in the minds of the creatives at UK studio neomam — what if homer and marge hired an interior designer to jazz things up a bit? the team worked with interior design consultant pat mcnulty to choose a range of contemporary decor styles, and then applied them to each of the residential spaces with the help of a little digital wizardry. 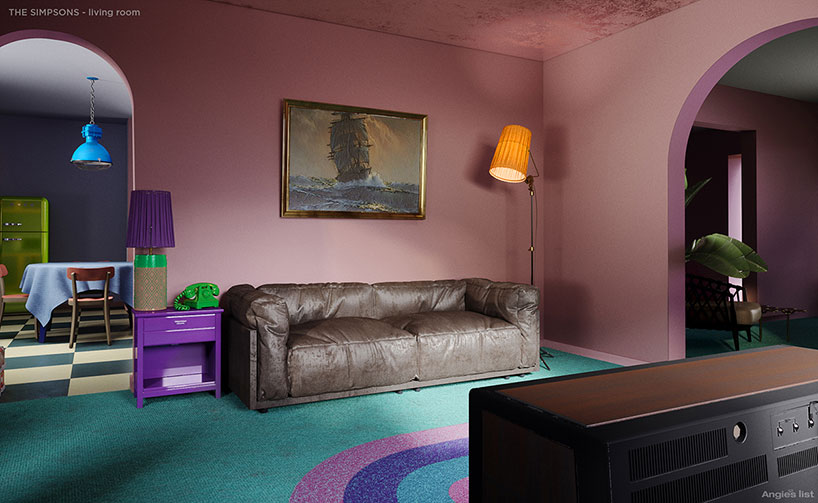 simpsons home makeover: the living room before the remodeling

envisioned by neomam for angie’s list, the seven rooms from the simpsons’ home we each given a full interior makeover. the team worked alongside mcnulty on researching the different styles to be applied to the spaces, and worked to meticulously recreate the dwelling in line with today’s interior design trends. the team also created digital renders that envision how the animated rooms would look in the real world, creating seamless before-and-after shots for the campaign. the project forms part of a series of visual content campaigns commissioned by angie’s list, which aim to inspire homeowners to think creatively about the spaces in their own house. 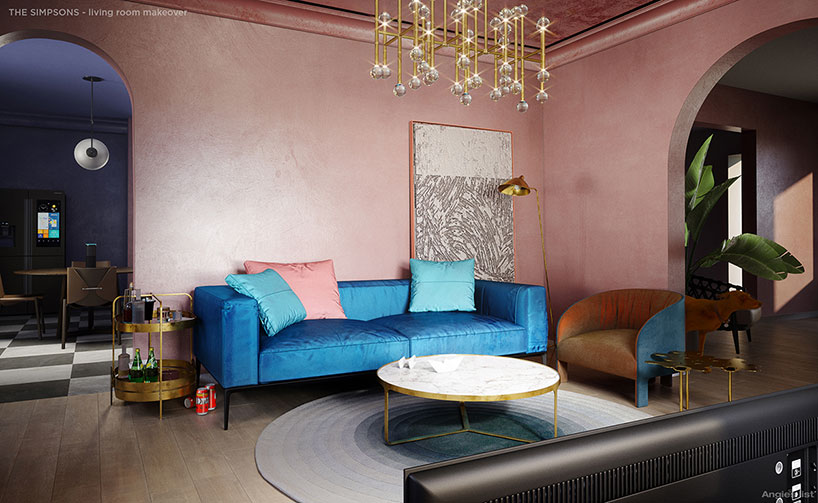 the simpsons living room redesigned in a ‘luxe style’ 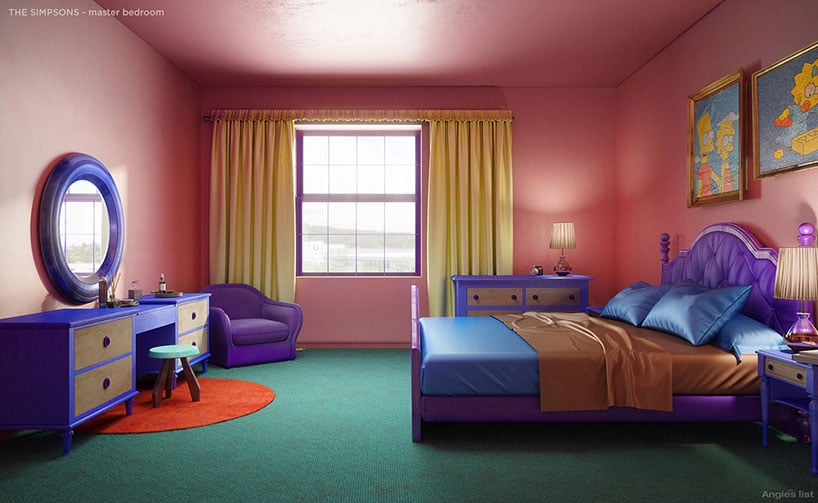 marge & homer’s bedroom before the makeover 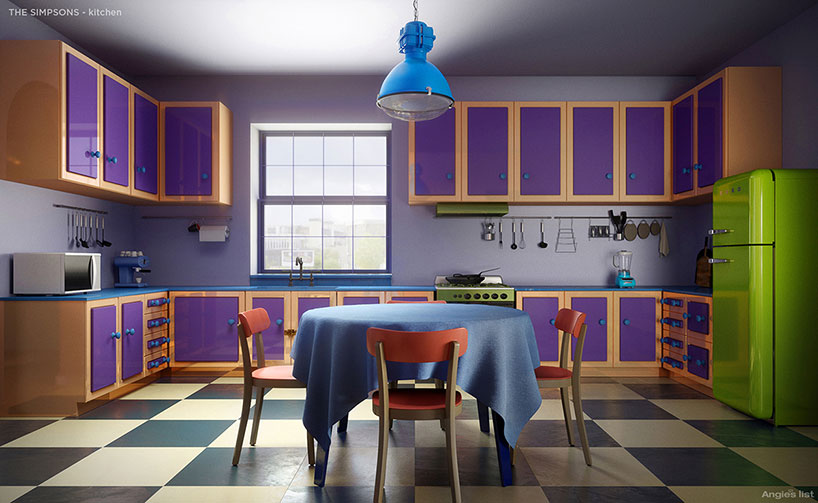 the simpsons kitchen before the makeover 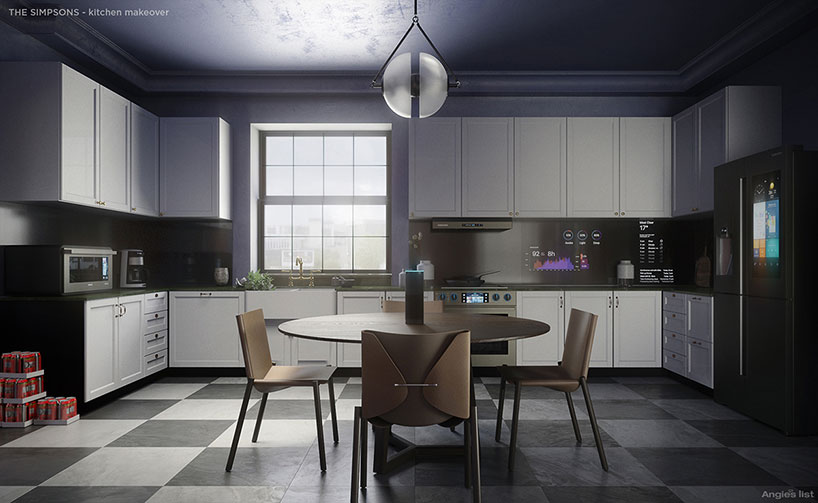 the simpsons kitchen redesigned in a ‘smart home style’ 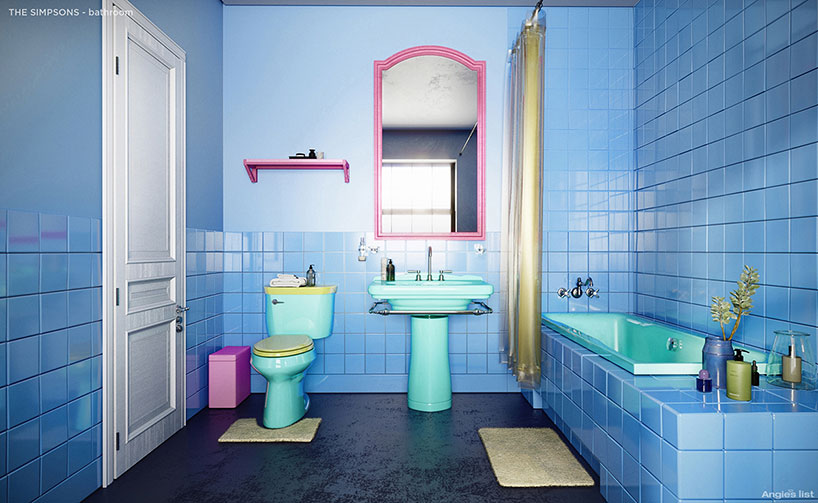 the simpsons bathroom before the makeover 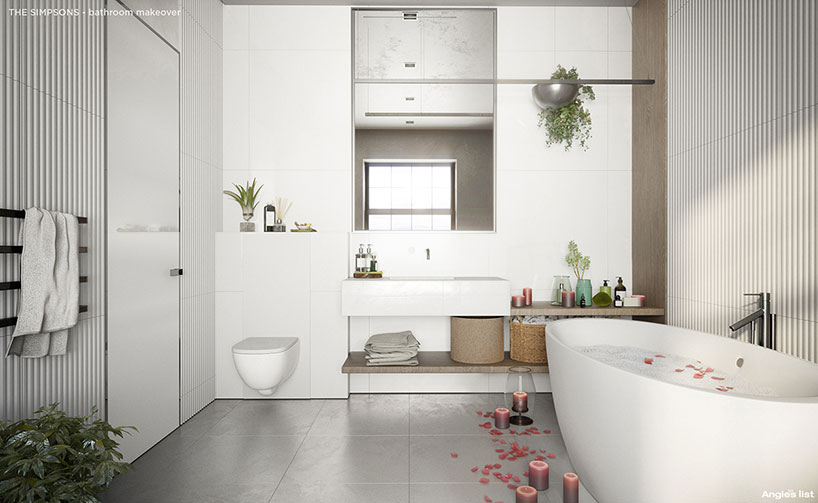 the simpsons bathroom redesigned in a ‘scandinavian style’ 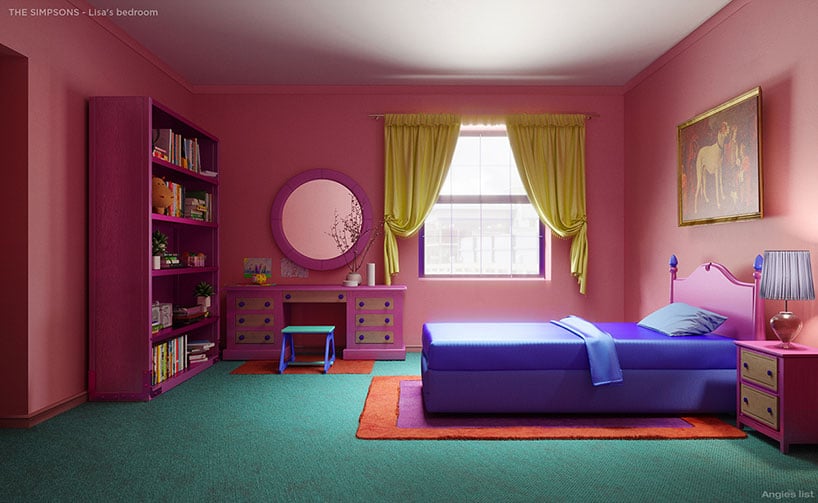 lisa’s bedroom before the makeover 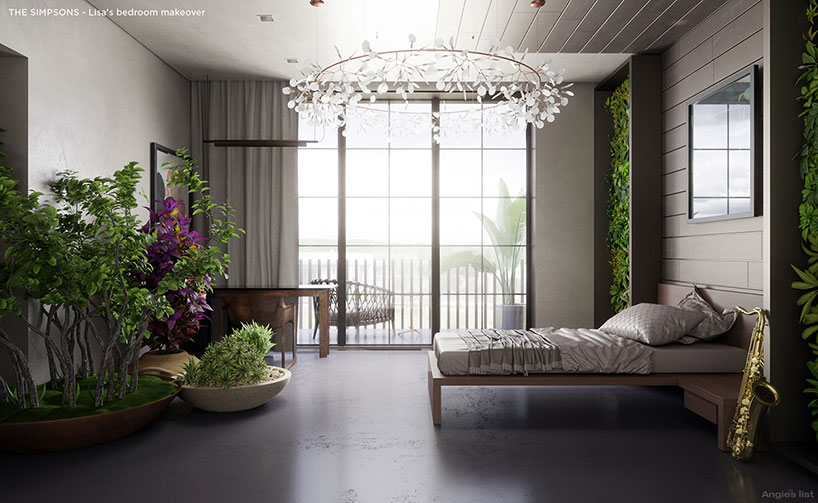 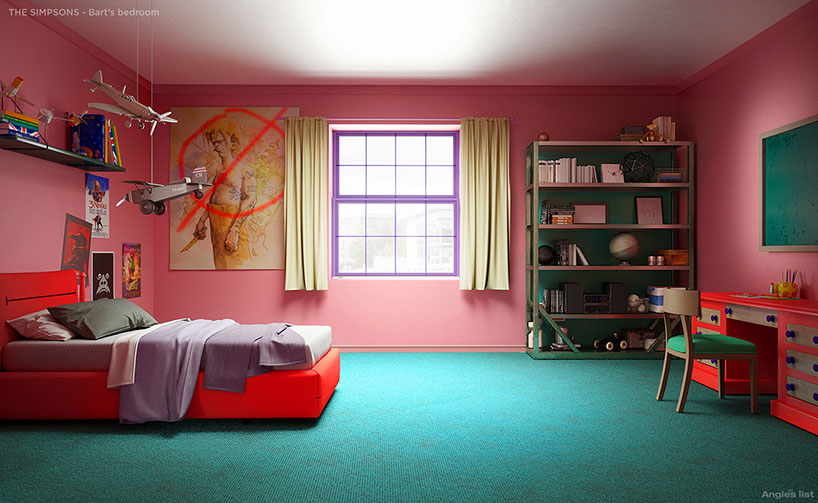 bart’s bedroom before the makeover 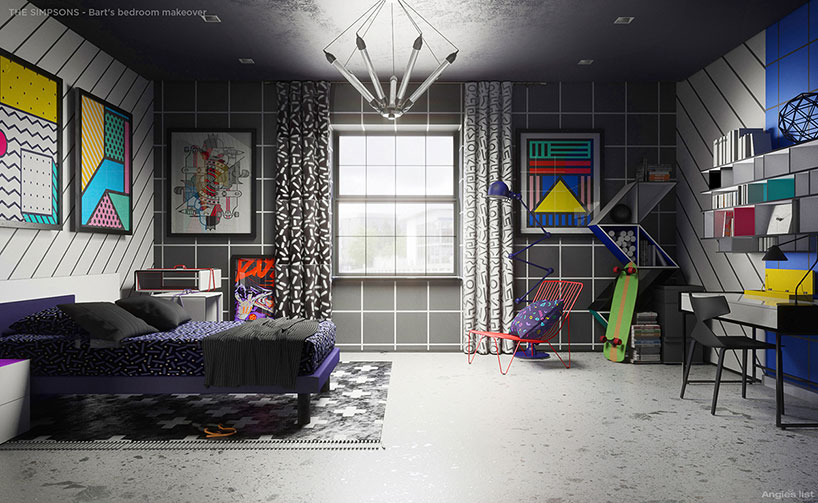 maggie’s nursery before the makeover 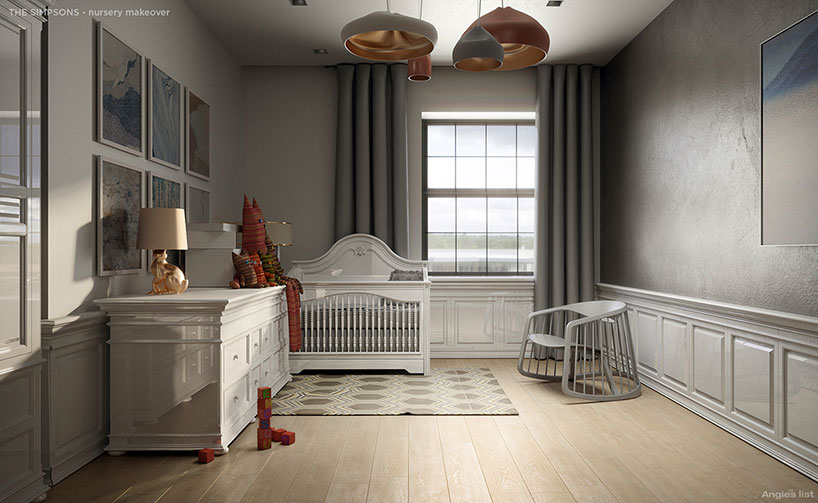