in september 2019, saudi arabia announced it was opening its doors to international tourists for the first time as part of a plan of cutting its economic dependency on oil. since then, we have seen how the country has been pushing hard to attract people from around the world. from art installations in the desert, to a linear development of smart cities connected without cars, to a subterranean resort and hotel by jean nouvel, the middle eastern country is going through a deep modernization that aims to create new sources of revenue, and of course, jobs.

earlier this year they announced the falcon’s flight, the signature attraction at six flags qiddiya — a theme park scheduled for opening in quiddiya’s first phase. 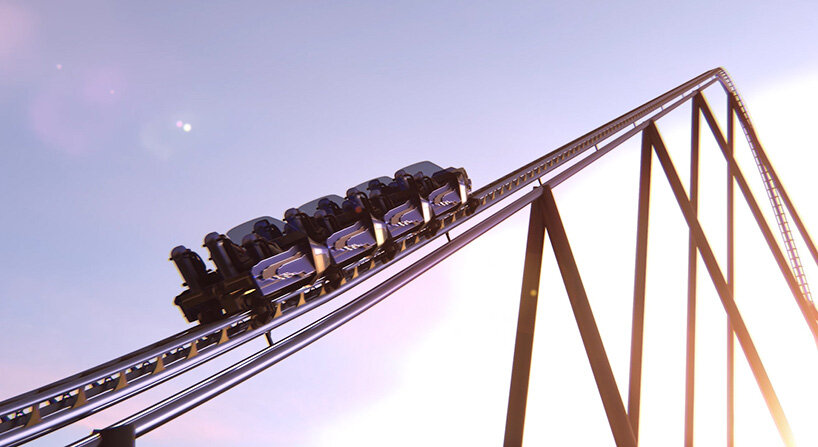 qiddiya is an entertainment megaproject to be established in riyadh, the capital of saudi arabia, where a six flags theme park is underway. found inside the park, the falcon’s flight rollercoaster is set to become the world’s longest, fastest and tallest coaster. it will travel across approximately 4km, feature a vertical cliff dive maneuver into a 160m-deep valley using magnetic motor acceleration (LSM technology), and achieve unprecedented speeds of 250+ km/h. the falcon’s flight will also be the world’s tallest free-standing coaster structure featuring a parabolic airtime hill allowing a weightlessness airtime experience. 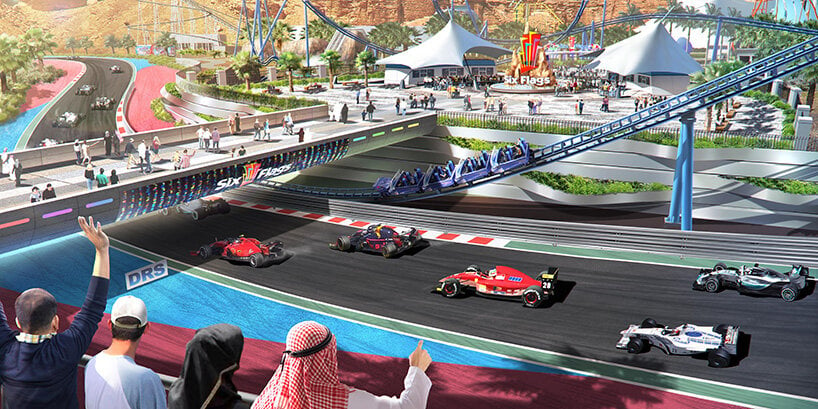 ‘rollercoaster fans around the world have been eagerly anticipating this ride since it was announced as there is nothing quite like it anywhere else,’ qiddiya’s chief executive officer, philippe gas, commented on the signature ride. ‘now we are in the design stage with the experts at intamin and the engineering team at six flags, the excitement is building! falcon’s flight will  dominate the skyline at qiddiya weave all the way around our destination, right out of the theme park, up the cliffside, and down the cliff face – the greatest drop of any ride in the world; it won’t be for the fainthearted!’ 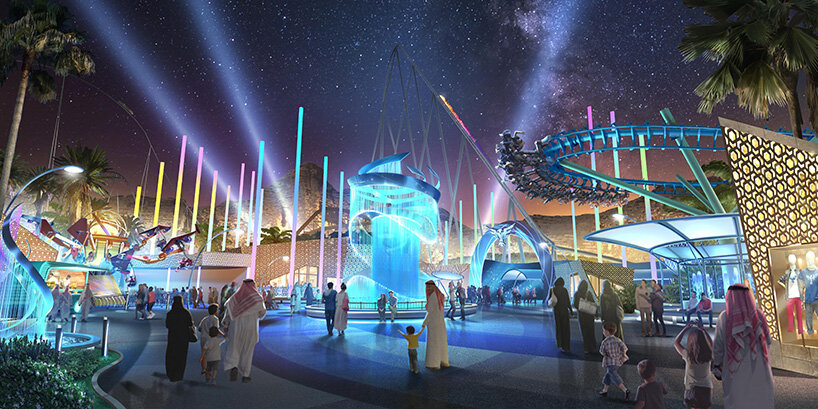 on each ride – a three-minute-long adventure – up to 20 passengers will experience the exhilaration of three electromagnetic propulsion launch systems as well as panoramic views of six flags qiddiya and the resort core. covering 32 hectares (79 acres) and featuring 28 rides and attractions across six themed lands, six flags qiddiya is set to become the theme park that breaks all records of entertainment in saudi arabia and the region. 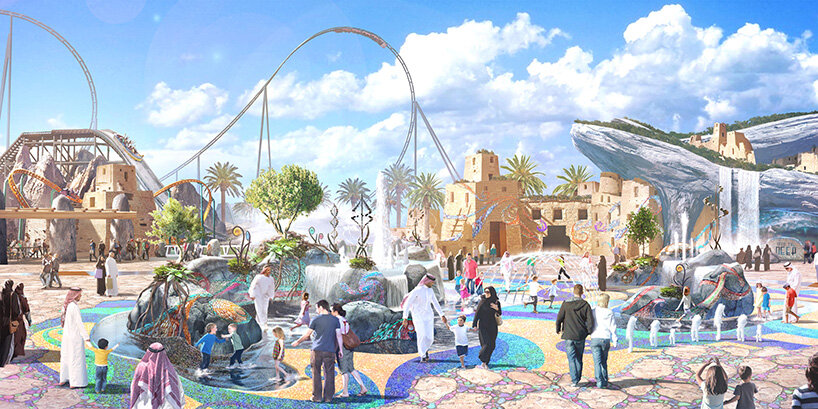 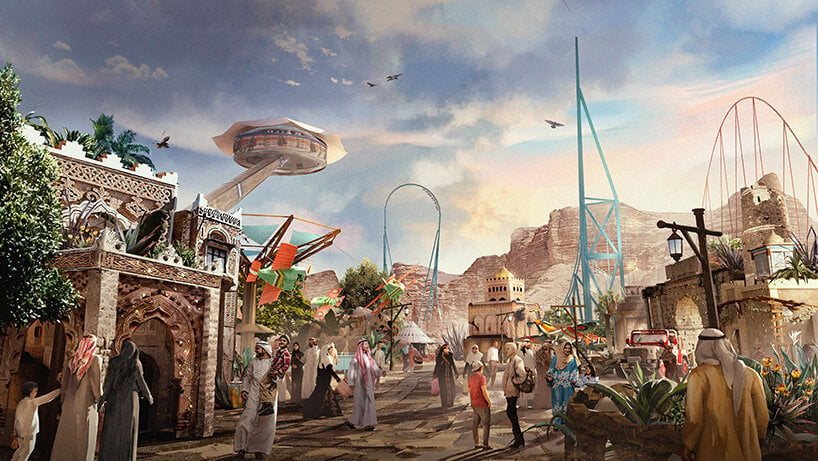 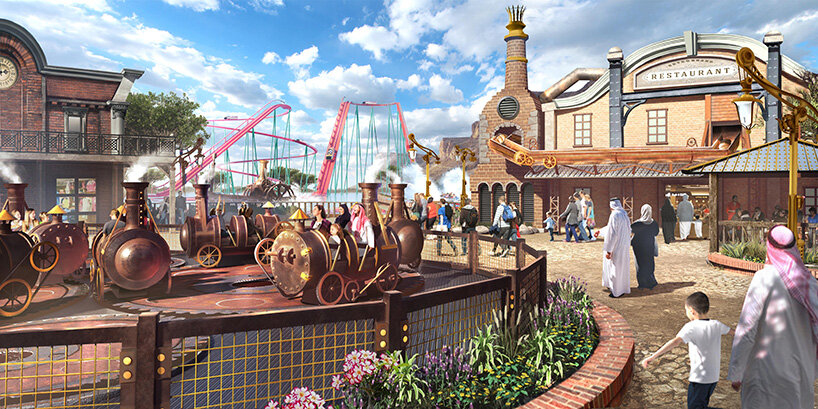