in the ‘fluid type’ typeface by skyrill, each letter can be associated with a splashing, exploding animation

designed by hussain almossawi of bahraini studio skyrill design, ‘fluid type’ is conceptualized as a dynamic typeface, in which each character in addition to being usable as a static letter has its own exploding animation.

the three-dimensional letters were first created in 3D max and then filled with virtual fluid in the realflow fluid dynamics simulator. while the character was filling, almossawi adjusted the gravity and pressure level. afterwards, he released the original shape holding the fluid, allowing the letter to explode and splash around. once almossawi achieved a look he liked for each animation, he adjusted the letter mesh and imported it back to 3D max to shade and render.

almossawi elaborates: ‘each letter required its own process based on what it looked like, [including] a lot of trial and error, sometimes using more that one emitter, at different directions and speeds, and experimenting with how they would collide with each other.‘ 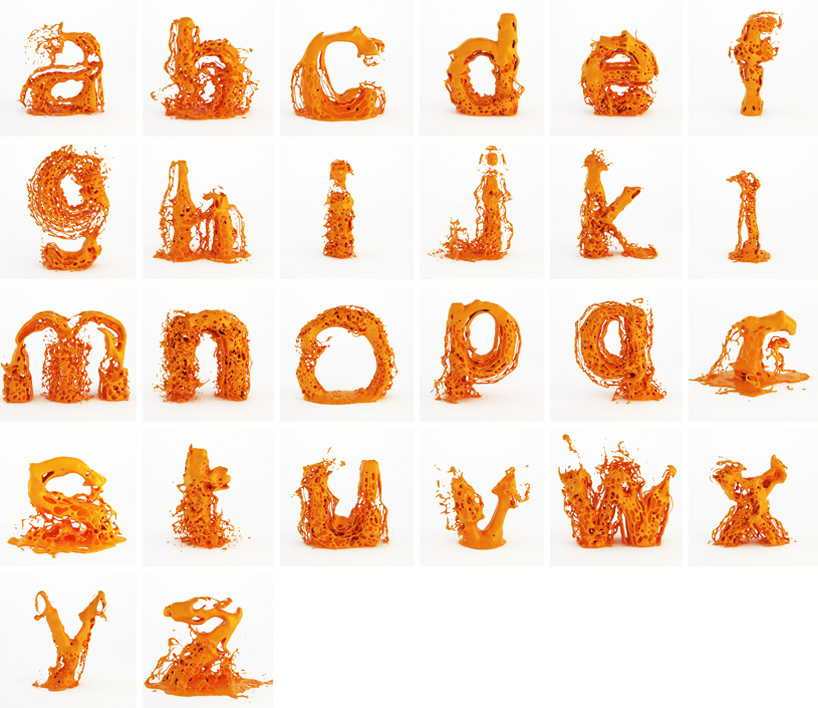 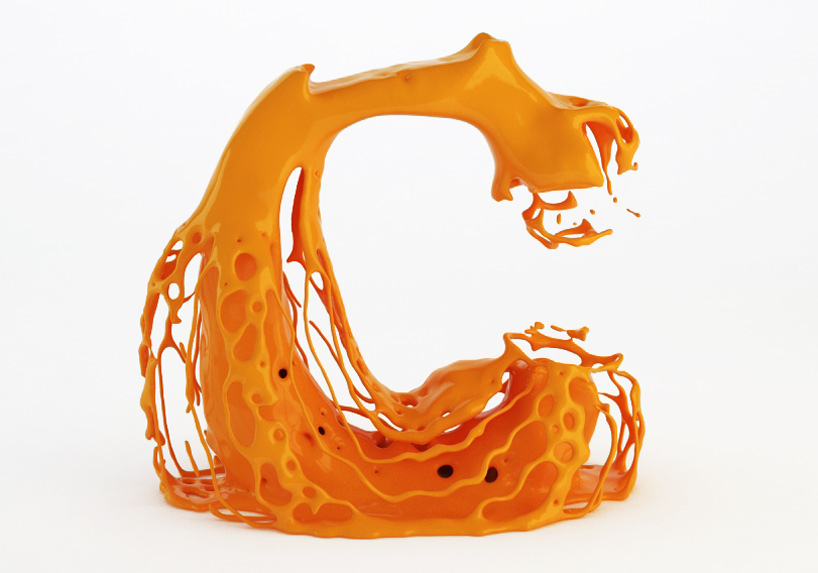 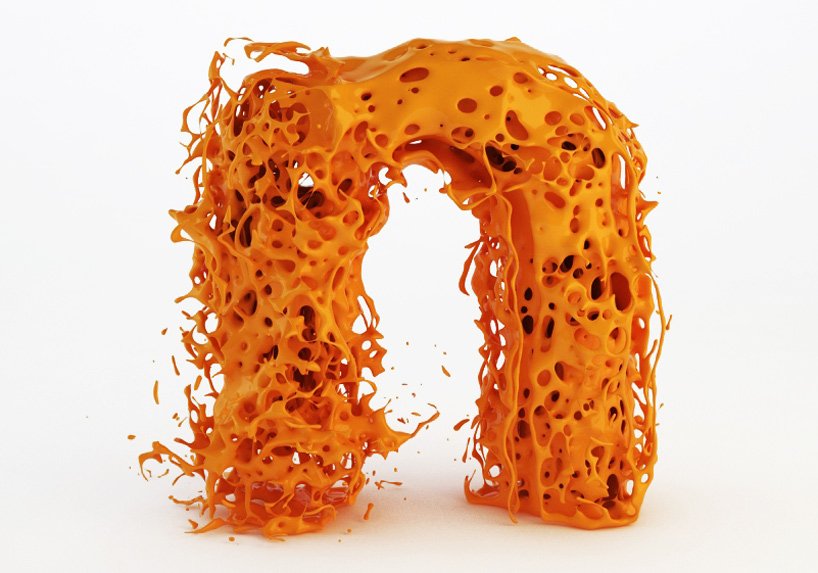 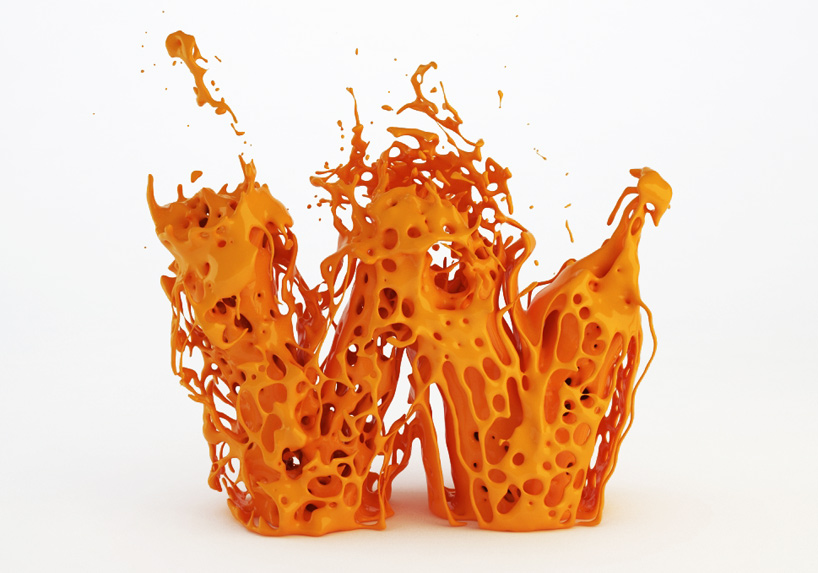 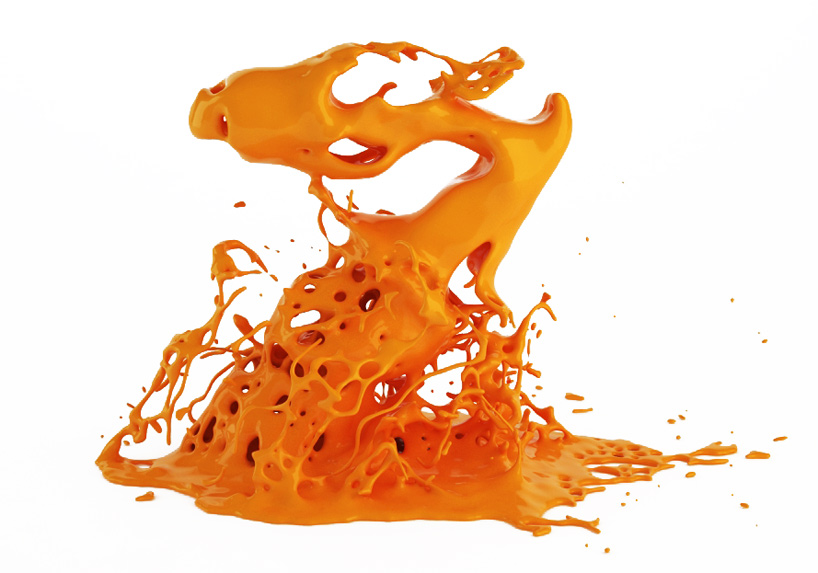 process of creating the letter ‘z’ in realflow