smarin presents ‘les angles’, an eight element seating solution composed of structural elements for private and commercial spaces. stéphanie marin, lead designer of smarin, conceived the idea after the sculpted waves of the mediterranean led to thoughts of the quasicrystal. ‘les angles’ is made of various forms — and several colors — that are able to be manipulated freely by users. due to their wool construction, they also prove to be remarkable insulating and soundproof structures. 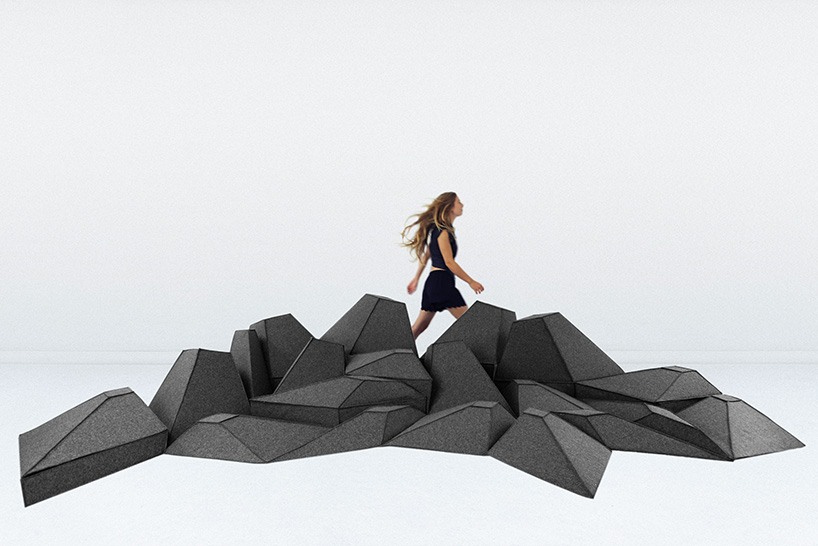 ‘les angles’ is configured based on the mathematical system of penrose tiling. the method uses two diamond shapes, which can be ordered in a way that fills all available space, but lacks any translational symmetry. once arranged, laces are woven between individual sections. anyone can create their own composition, and should circumstances change, ‘les angles’ can just as easily adapt. 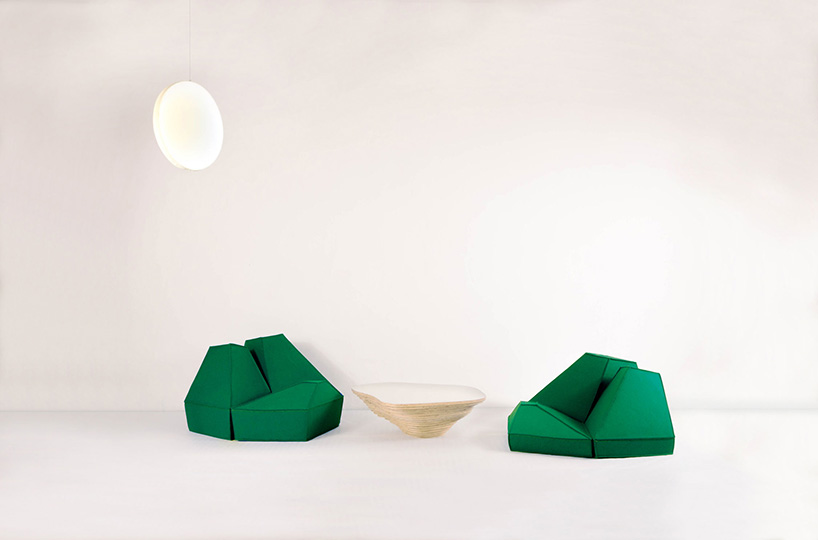 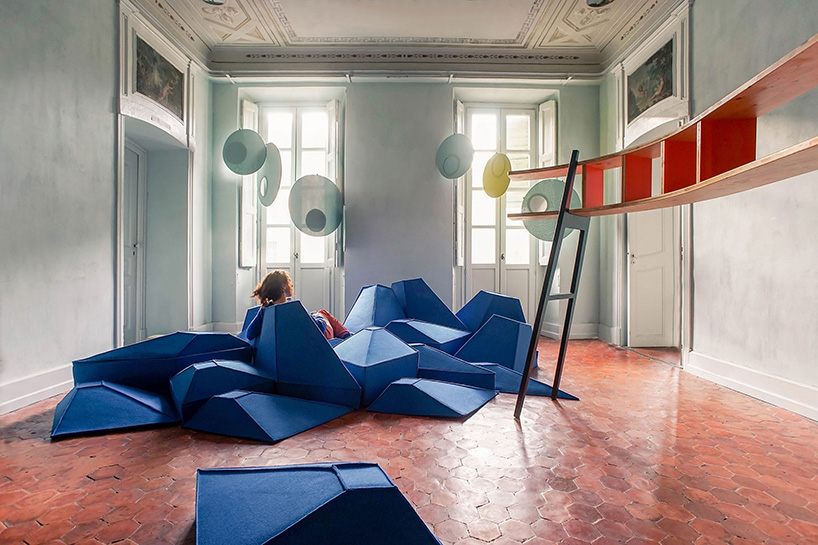 ‘les angles’ can adapt to any environment, from private spaces to larger contract projects 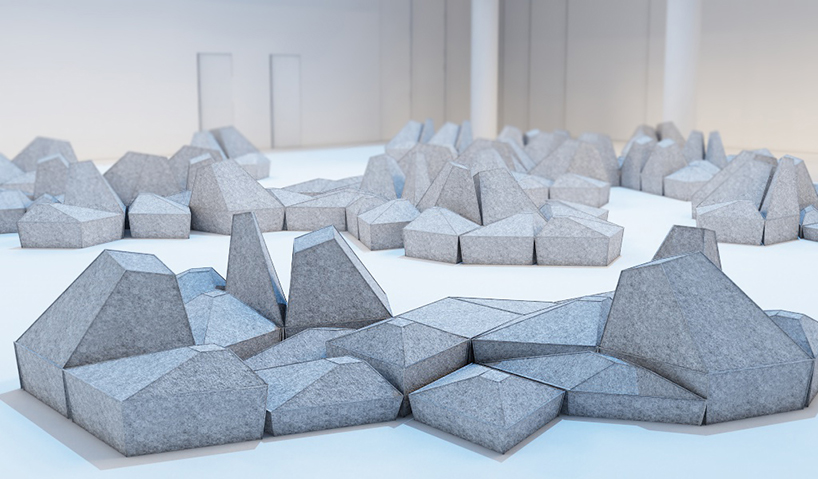 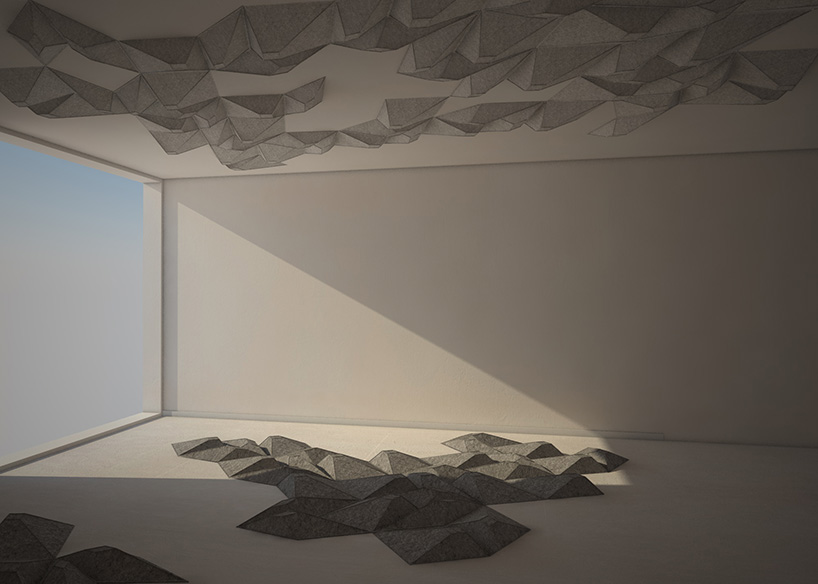 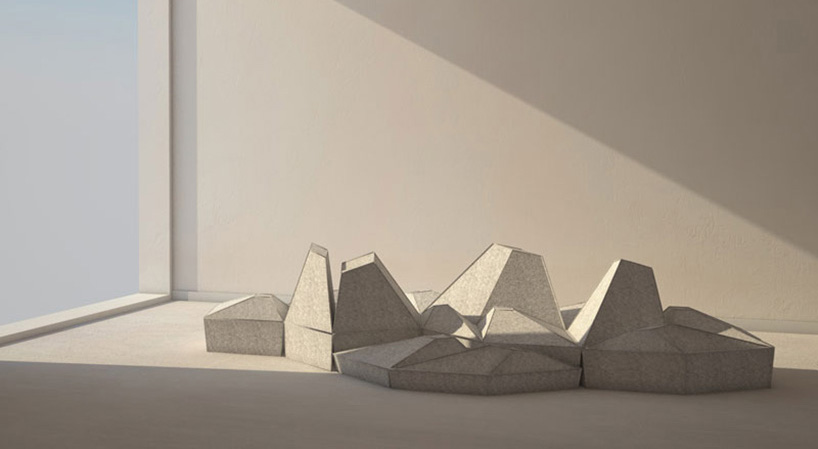 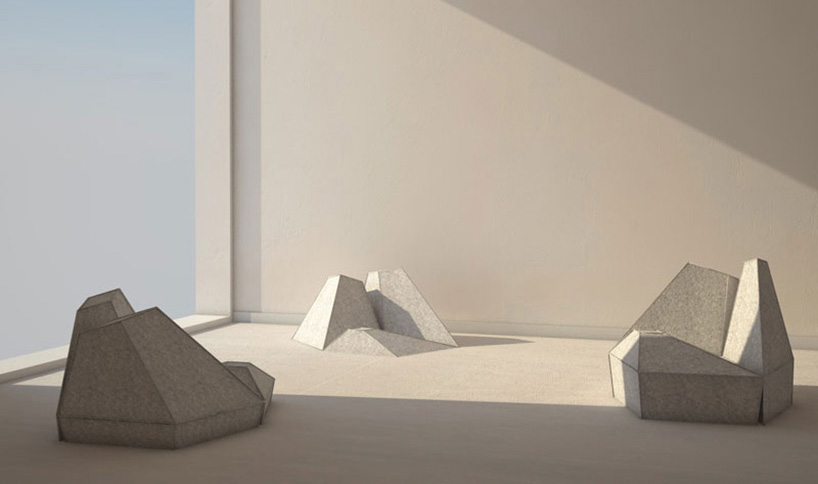 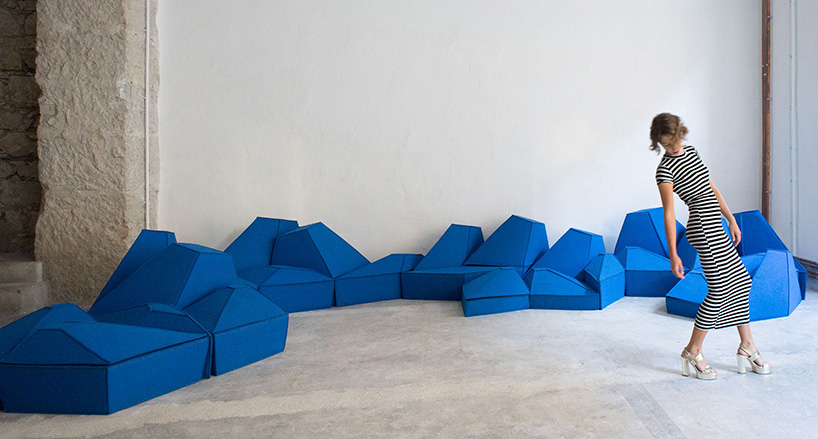 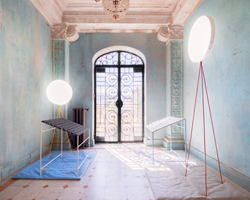 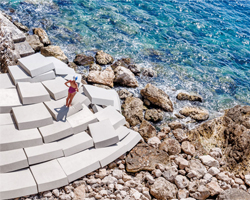 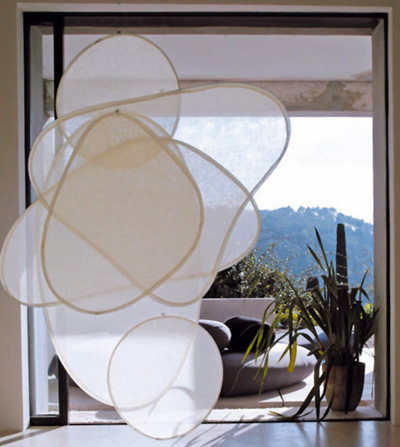