during beijing design week 2011, the ‘dutch design generator’ factory park is home to a series of design initiatives organized around the theme of ‘smart cities, healthy cities‘, featuring the work of dutch designers and dutch thought focused on the enhancement of life in urban environments. several large exhibitions join a number of workshops, seminars, lectures, and screenings in exploring issues of sustainability in cities and strengthening dutch creative ties with china, with its rapidly growing urban population. 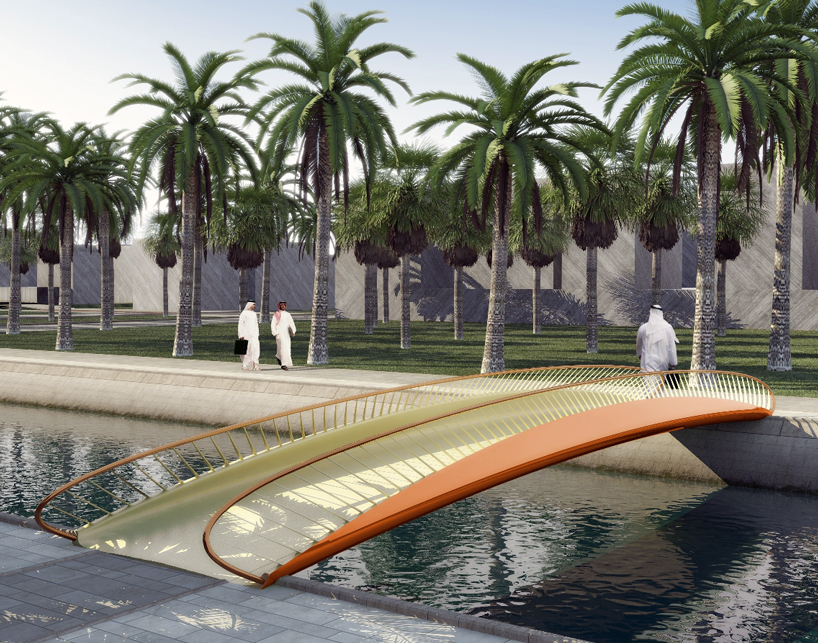 the ‘connecting concepts’ exhibition presents dutch design solutions to sustainability issues, including the fibercore bridge manufacturing process developed by delft technological university, of which an artist’s impression is shown above

the crux of the ‘smart cities, healthy cities’ initiative is exemplified in ‘connecting concepts’, an exhibition of the works of over thirty dutch designers over the past thirty years who have proposed innovative and sustainable solutions to problems of industrial design, architecture, and fashion. the works have in common a distinctly dutch focus on process rather than simply result, and a willingness to re-engineer common objects and conventional thought when intelligent design offers a more simple and elegant solution. works range from marcel wanders’s ‘dry-tech’ chair to the ‘clean era’ eco-friendly airplane in development by delft university of technology to the innovative process behind tjeerd veenhoven’s carbon bike. 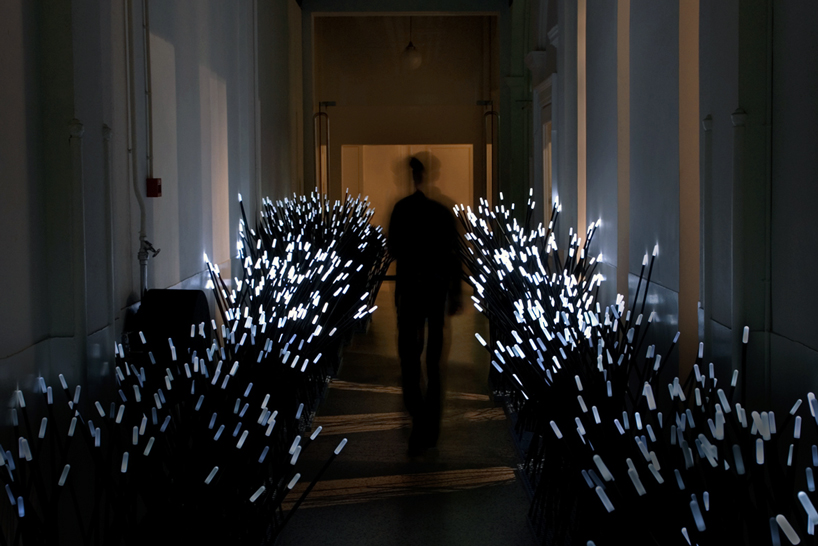 ‘dune’ by studio roosegaarde, on exhibition in ‘liberation of light’ in ‘smart cities, healthy cities’

promotion video for the ‘liberation of light’ exhibition

in an exploration of the changes cities will make to offer a higher quality of life and sustainability to future generations, ‘the next city – excursions on future living and lifestyles‘ brought together designers and thinkers from three beijing universities (CAFA, tsinghua and BIFT) and five netherlands-based institutes (delft technological university, the why factory, design academy eindhoven, the sandberg institute, and the artEZ fashion masters program) for a twenty-day master’s program. the program, during which participants split their time between rotterdam and beijing and created works within their disciplines to address the future of cities, is integrated into this semester’s curriculum at all eight schools, with the first public presentation of the students’ thoughts and findings presented during beijing design week.

other presentations during beijing design week include screenings of ‘dutch profiles‘, short documentaries on the conceptual work of dutch design icons ranging from droog to marcel wanders to shoe designer jan jansen. all videos are also viewable on the exhibition webpage.

beijing design week is presented by the ministry of culture, ministry of education, the china federation of literary and art circles, and the municipal government of beijing, in collaboration this year with tsinghua university. designboom is an official media partner, stay tuned for more coverage of this year’s event!