the winners of designboom’s competition ‘a life with future computing’, which has been organized in collaboration with japanese technology giant FUJITSU, were officially announced and published on april 30th, 2011. over the time of a year and a half further developments have been made by FUJITSU and various prototypes were made. the grand prize winner ‘the aid’, designed by egle ugintaite from lithuania, is a walking stick with built-in sat-nav. the next generation cane is designed to help elderly people find their way, as well as monitor things such as heart rate and temperature. its location can also be followed online and can be set up to send email alerts if it thinks the user may have fallen over. the prototype device, shown off at mobile world congress (MWC) in barcelona this february, is equipped with various connection technologies such as GPS, 3G and WIFI – and has an LED display on top of the handle. if a change of direction is needed, the walking stick vibrates, and an arrow appears. 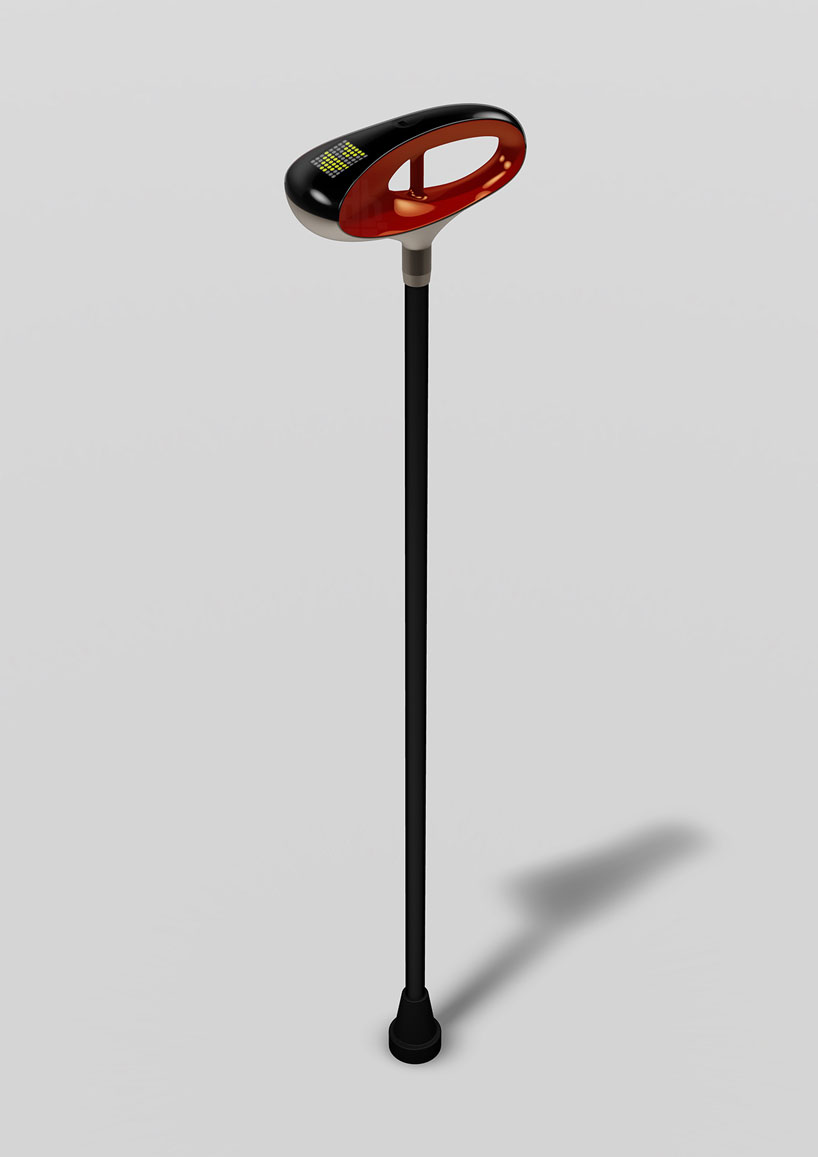 technology for the elderly is a key concern for japan’s aging population. fujitsu is looking at ways to help pus remain mobile and connected later into our lives. the device can be used also by any vulnerable person. 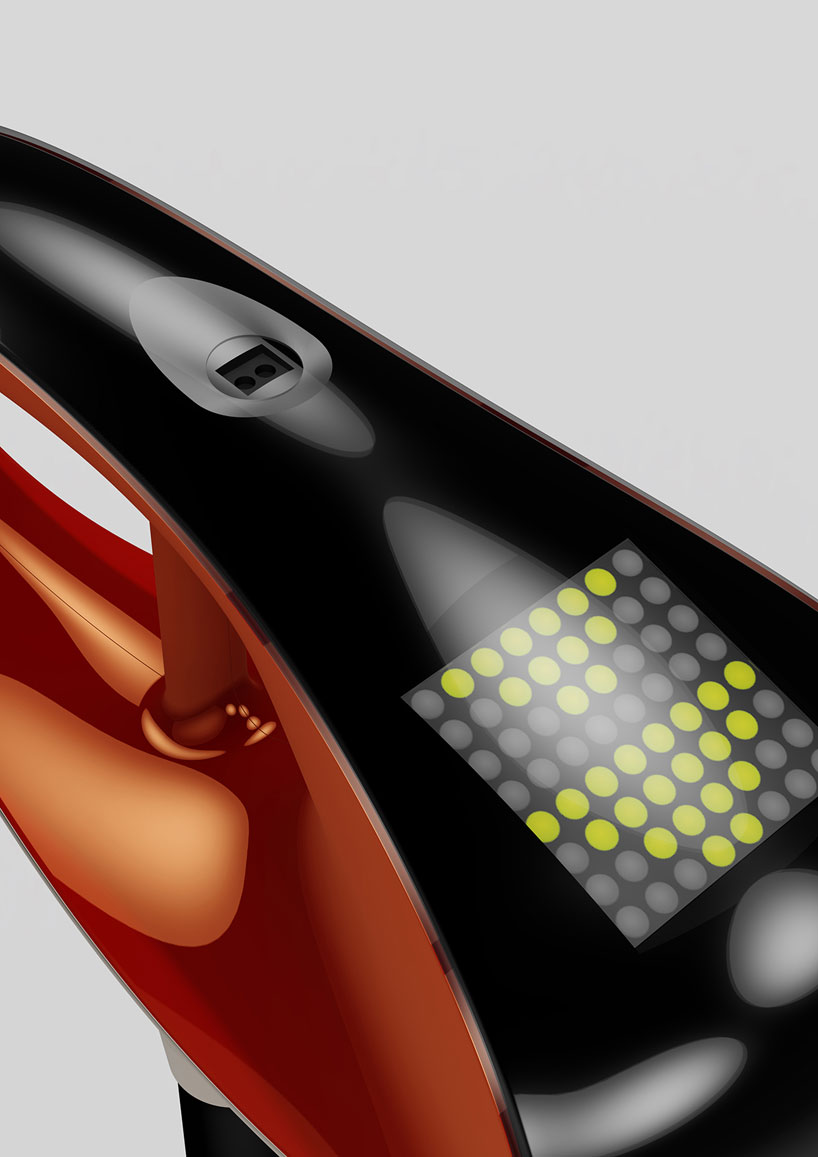 the stick sends data back to a host computer, so a carer or relative can see the location of the user, with additional data, such as heart rate, being streamed. if the stick detects an irregular heartbeat, it can automatically contact emergency services. 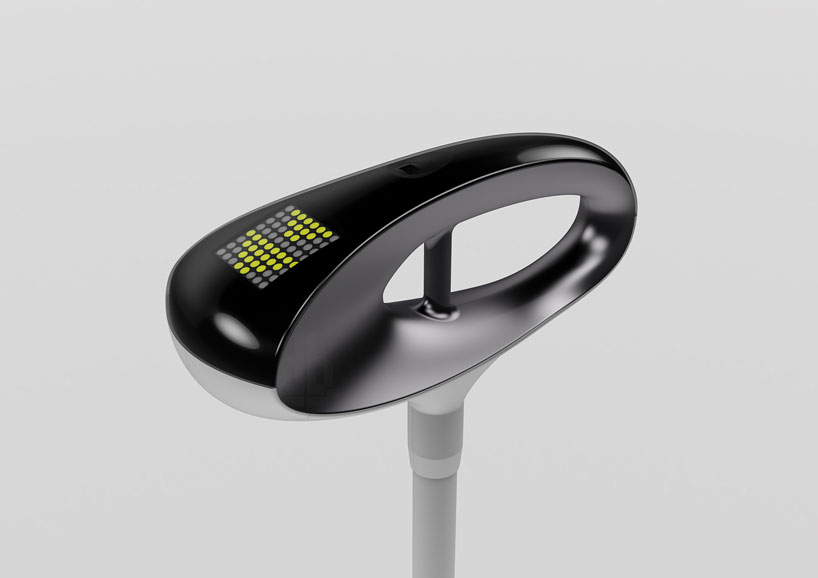 description of the winning entry by egle ugintaite: ‘the aid’ is mainly dedicated to help elderly people, or people after trauma who often have a lack of confidence to step outside their house, causing isolation, depression… ‘the aid’ is designed to be a real ‘helping hand’: to guide and prevent one from being lost, providing a feeling of security, allowing one to receive immediate help if they need it, and, of course physical support, as a walking cane. an integrated navigator, which works as a service + health device (pulse, blood pressure temperature) features measuring sensors along with an SOS button, which, by pressing it when help is needed, contacts the help center and sends the user’s current health data and location to provide immediate and qualified help. the object is simple to use (2 buttons only), but at the same time smart’. 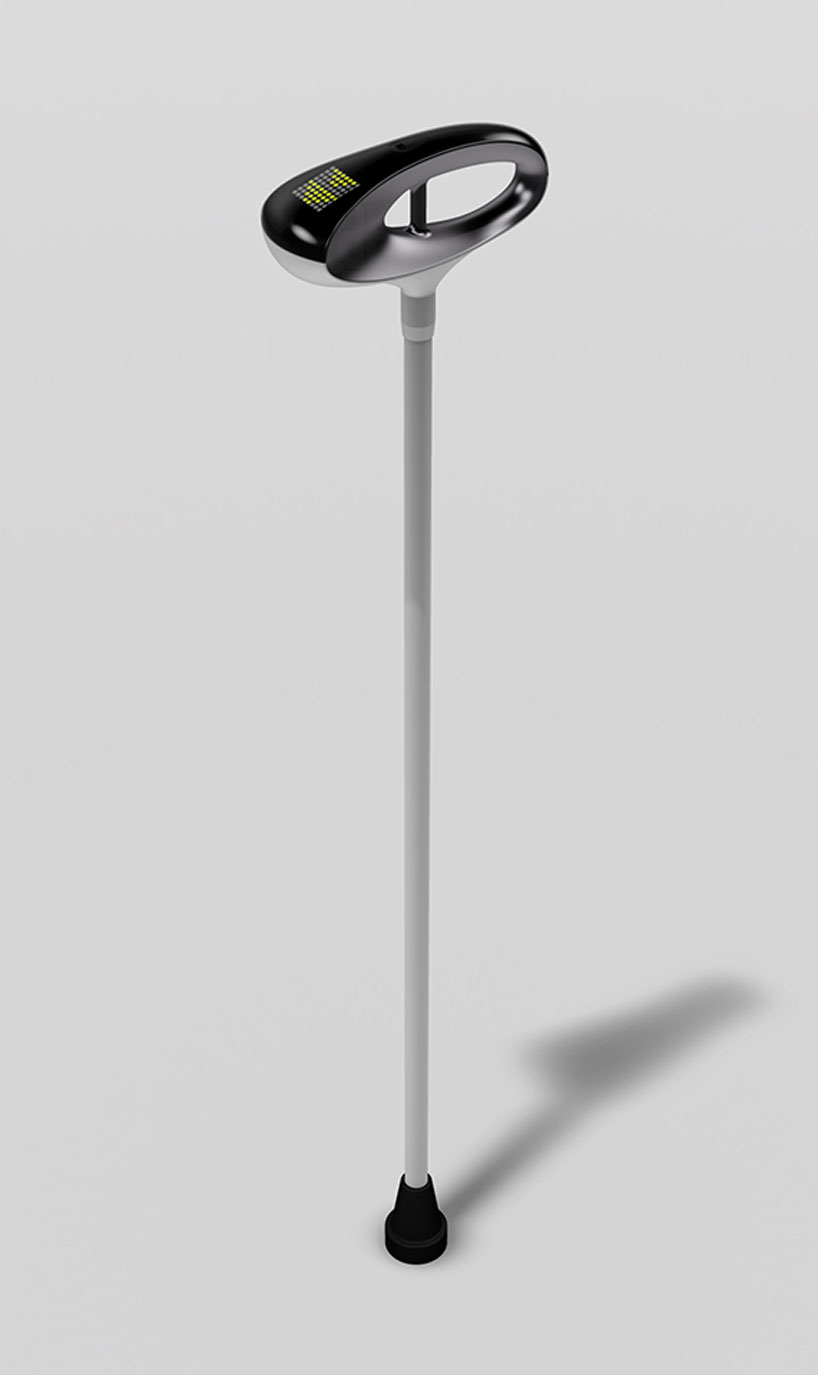 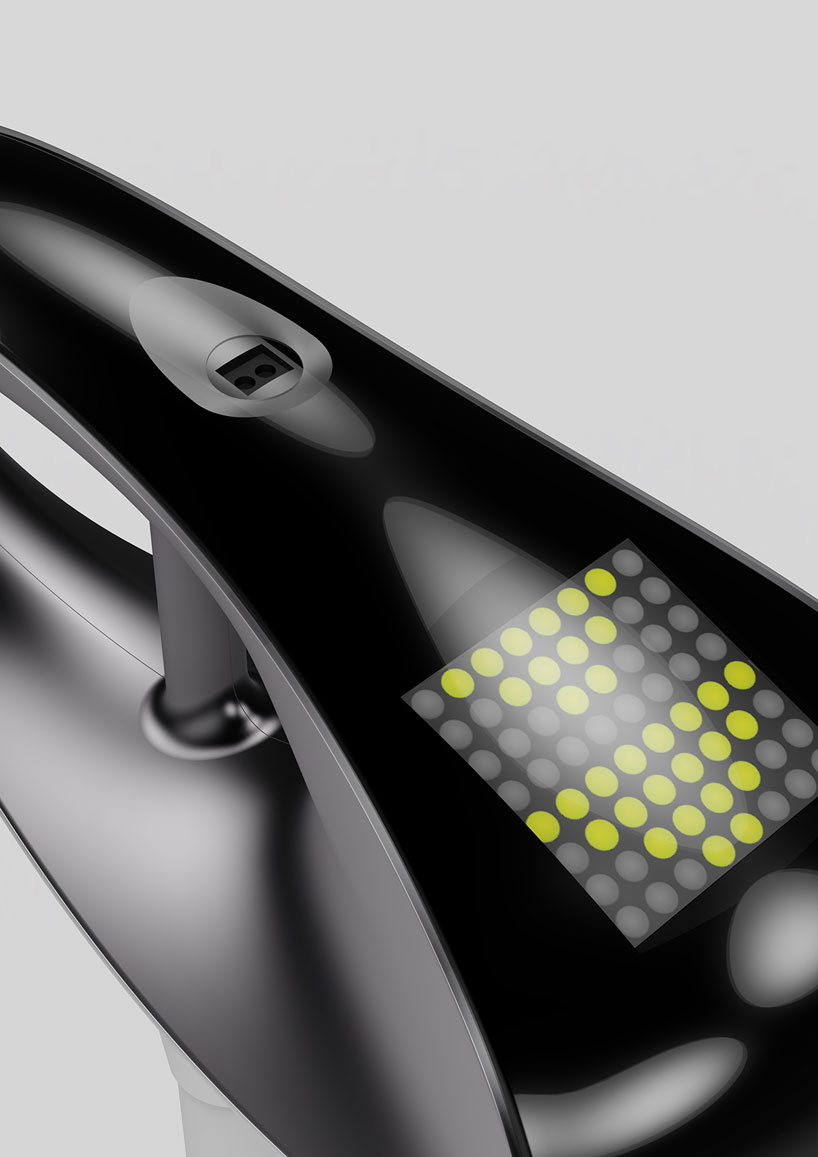 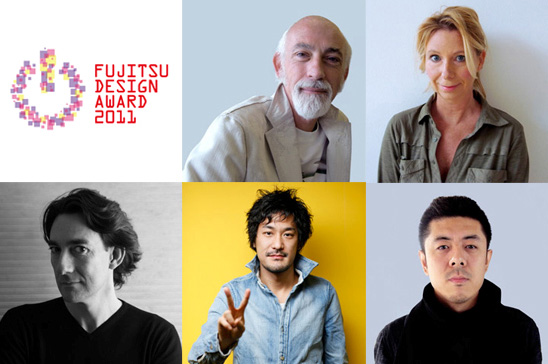 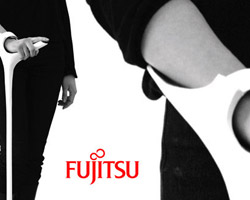