the graphic designers at snøhetta have teamed up with norwegian artist and musician magne furuholmen (keyboardist of the pop band a-ha) to develop a limited edition bottle and packaging for the cognac producer braastad. as the latest scheme for the company’s ‘XO contemporary art’ initiative, the work continues a tradition which commissions creatives to produce, ‘a visual expression of what inspires them from the world of cognac.’ the concept is based on a minimal graphic language of contemporary art and employs hand-shaped letters, resulting in a composition and color scheme that is, ‘rarely associated with this type of beverage.’ 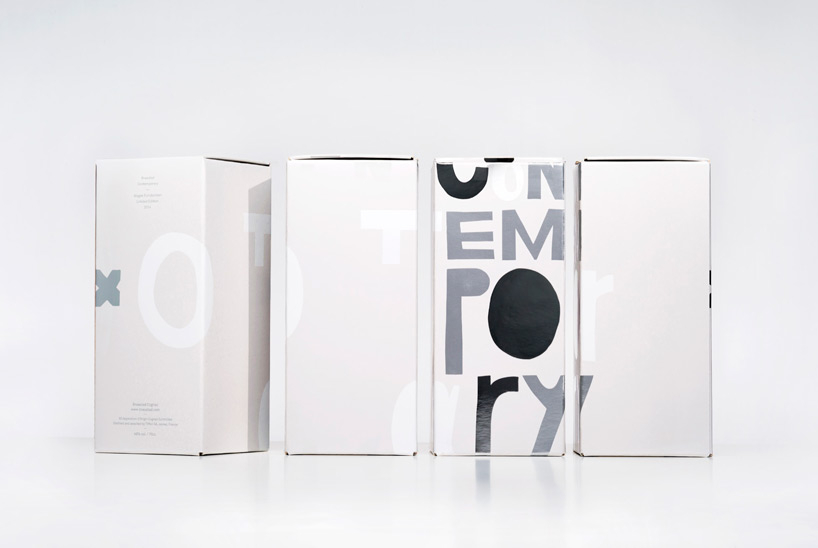 the design was initiated based on two prints made by magne furuholmen, which compose the letters from the words ‘XO’ and ‘contemporary’. the graphic designers of snøhetta then worked with the artist to apply the work onto the cognac bottle and its box, with a goal of re-imagining and re-expressing the traditional beverage into something playful and unique. snøhetta’s graphic designer, henrik haugan, clarifies the team’s aim was, ‘to keep the analog touch to furuholmen’s art, and at the same time reduce the design to a minimum, creating a contrasting canvas for the personalized typography.’ 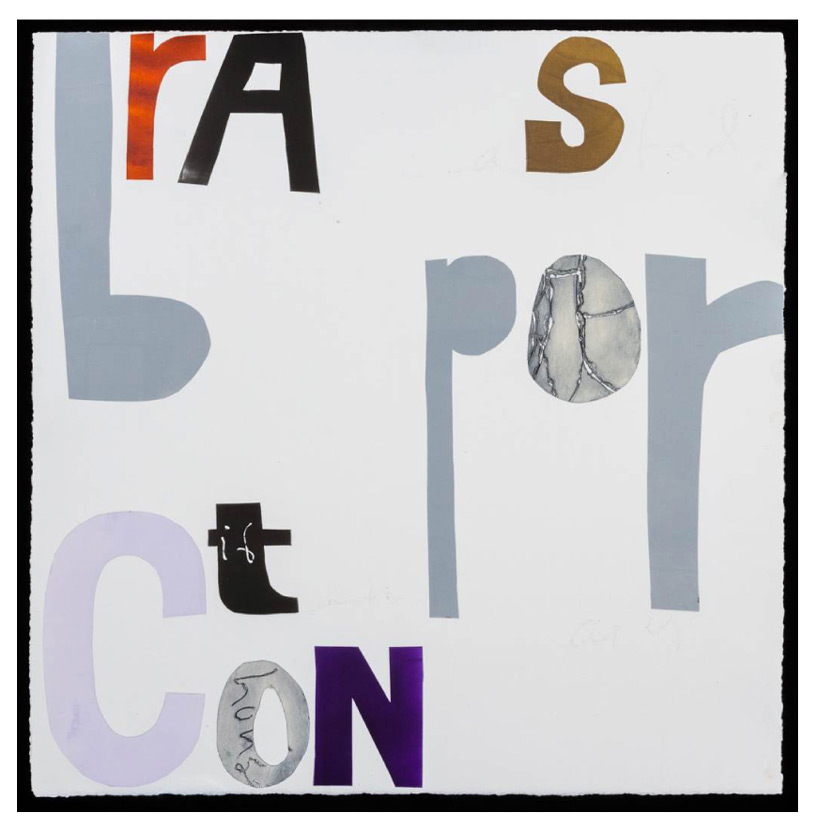 the team sought to develop a layout which maintain braastad’s, ‘high-end feel, but adds an element of scandinavian cool to a classical french product.’ the design features a transparent background on the printed label, allowing the amber-toned liquid to become the backdrop for the expressive type face. a light beige color was selected for the packaging, which subtly contrasts the silver and white letters. 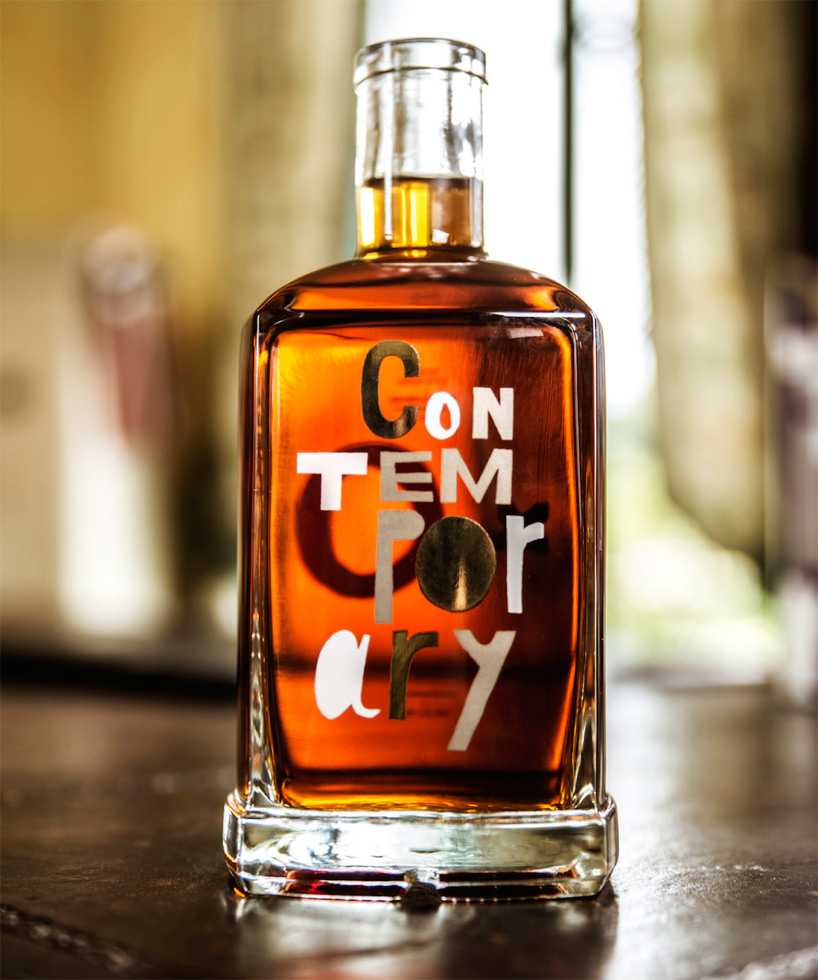 in describing the company’s outlook on their craft as more than a product, braastad’s ina ravanger states, ‘we believe that the content itself is a piece of art. to create the perfect blend is an art form passed down through generations. to see various artists interpret our world gives us joy and inspiration, and we hope to continue with many more of these inspiring collaborations.’ 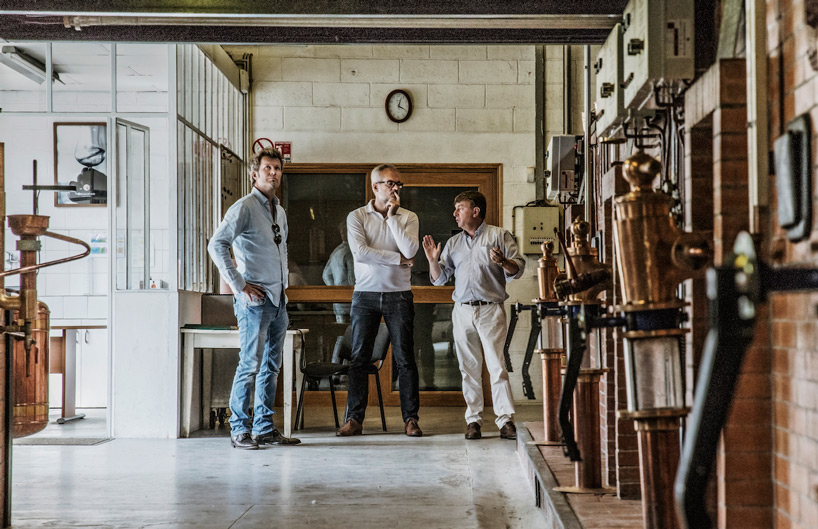 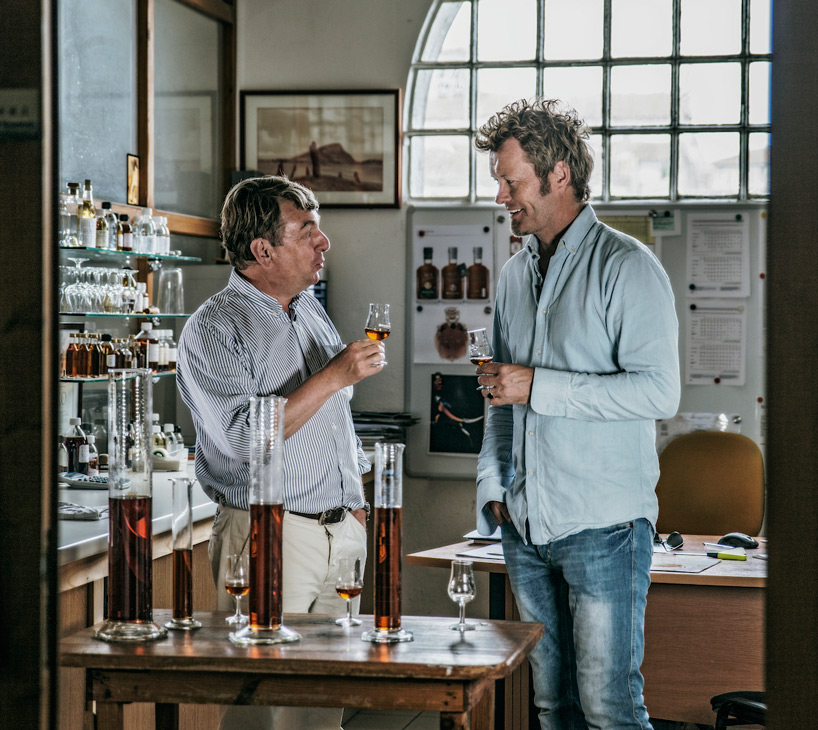