the moody face of commuters in london could be replaced with a smile next year as the late night commute is set to be transformed thanks to the ‘snoozeliner’ – an ultra-luxurious night bus, fitted with beds, memory foam mattresses and sleep-inducing scents. the concept has been dreamt up by high-tech sleep brand simba who proposes the sleep bus as a much-needed solution to the rest-deprived masses populating the country’s largest cities. 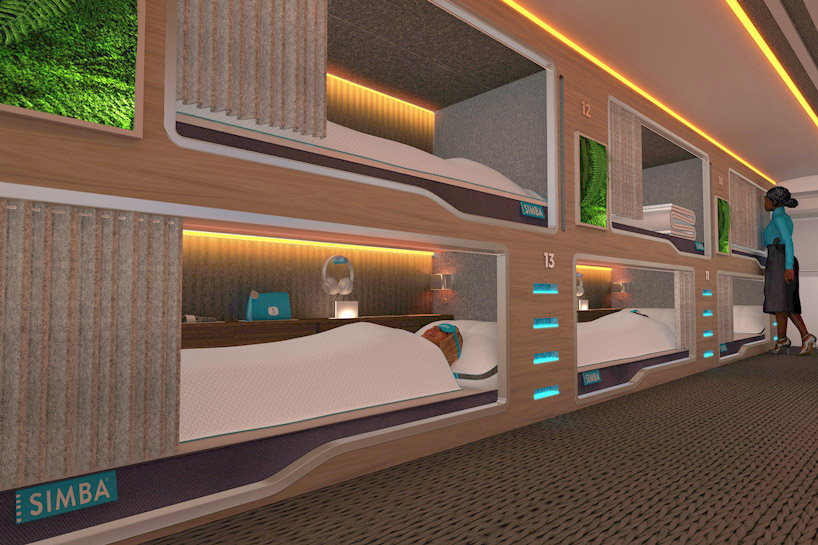 the snoozeliner – which has been in development for four months – is designed by surrey-based andersson-wood architects as a nu-wave of public transport. each one will be fitted with 14 discreet futuristic pods with stewards on hand to wake passengers up before they reach their destination. the cutting-edge sleep pods will also have sound isolating treatments, acoustic black-out blinds and a recessed amber light-therapy system – believed to be the most conducive colour to sleep. a choice of soothing scent infusions recognized by aromatherapists for their sleep-inducing or hangover-busting properties will also be offered – oh, and storage options for those items that aren’t conducive to sleep which will have to remove are also handily included. 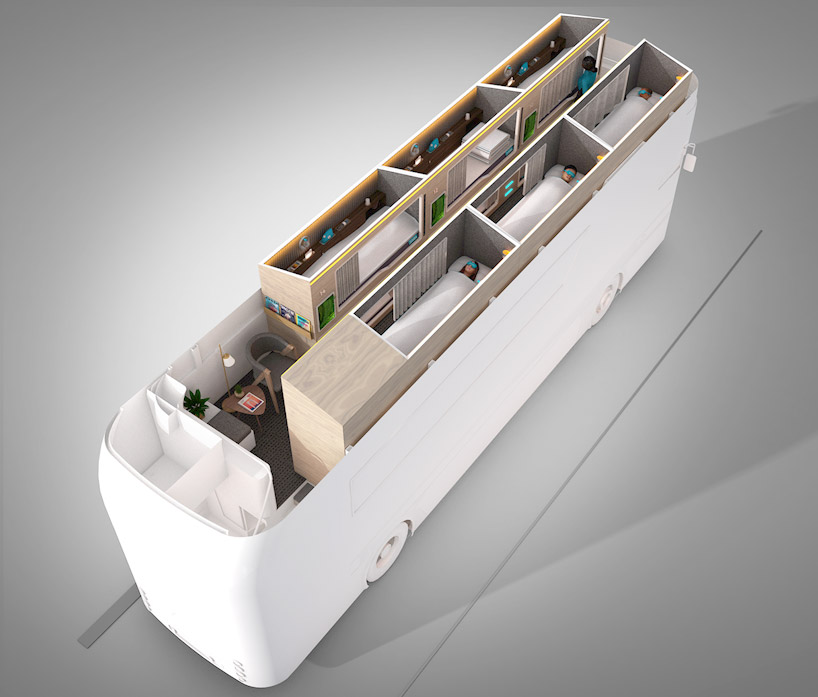 it comes after simba carried out a study, uncovering a nation of sleepy commuters who admit to catching some extra shut-eye on their commute or on the way to or from a night out. ‘new research shows we doze off on public transport 27 times a year and are at our most sleep deprived in december‘, explains james cox, CEO of simba. ‘the snoozeliner service is all about helping people top up some valuable lost sleep time in a design that’s every bit as comfortable as their bed at home.‘ it is hoped that they will operate eight routes across four UK cities including london, leeds, manchester and birmingham from autumn 2018.