a stunning, deep-sea soft coral garden habitat has been discovered in greenlandic waters by scientists from UCL, ZSL and greenland institute of natural resources, using an innovative low-cost deep-sea video camera built and deployed by the team. presented in a new frontiers in marine science paper, the soft coral garden is the first habitat of this kind to have been identified and assessed in west greenland waters. 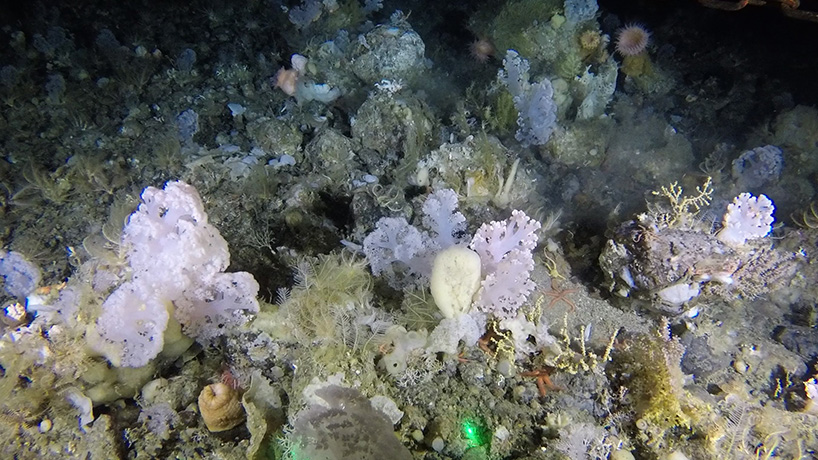 (main and above image) by ZSL/GINR

the newly discovered soft coral garden exists in near total darkness, 500 meters below the surface at a pressure 50 times greater than at sea-level. abundant cauliflower corals, as well as feather stars, sponges, anemones, brittle stars, hydrozoans bryozoans and other delicate and diver organisms create this habitat.

‘coral gardens are characterized by collections of one or more species (typically of non-reef forming coral), that sit on a wide range of hard and soft bottom habitats, from rock to sand, and support a diversity of fauna,’ comments dr. chris yesson (ZSL). ‘there is considerable diversity among coral garden communities, which have previously been observed in areas such as northwest and southeast iceland.’ 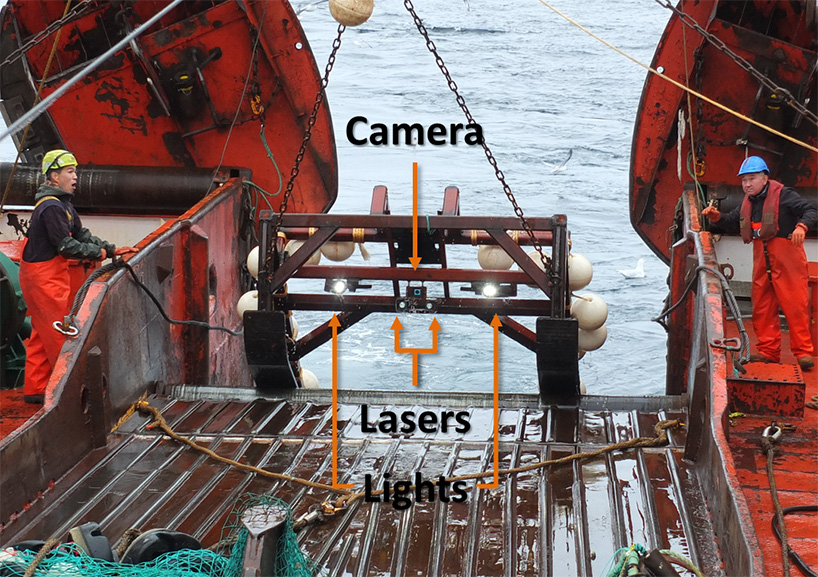 this discovery has been particularly significant given that the deep sea is a poorly known habitat on earth, despite being the biggest and covering 65% of the plant. this is because surveying the deep sea has proven to be both difficult and expensive. one major reason ins that ocean pressure increases by one atmosphere — which is the average atmospheric pressure at sea level — every 10 meters of descent. therefore, these deep-sea surveys have only been possible using expensive remote operating vehicles and manner submersibles. 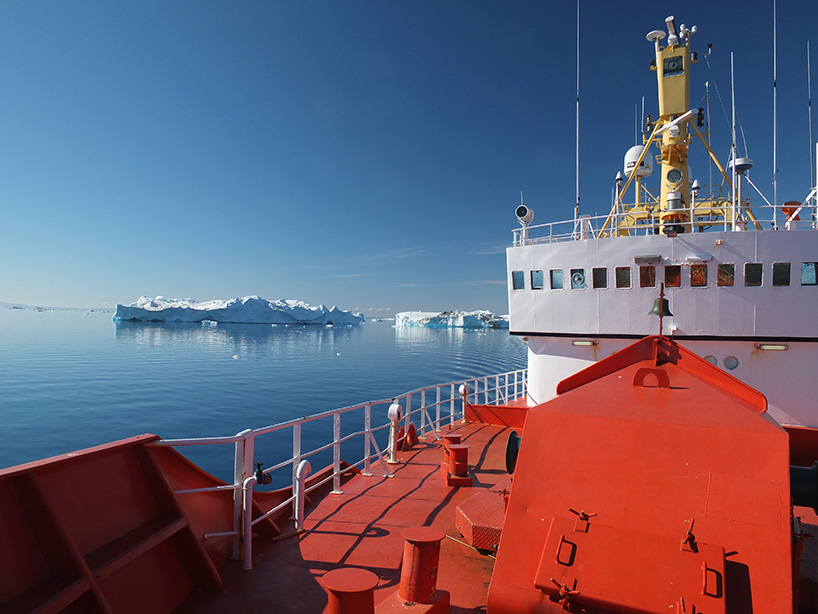 the UK-greenland team overcame this challenge by creating a low-cost towed video sled that uses a go-pro video camera, lights and lasers in special pressure housings, mounted on a steel frame. ‘the deep sea is often over-looked in terms of exploration. in fact we have better maps of the surface of mars, than we do of the deep sea,’ said PhD researcher stephen long (UCL geography and ZSL. ‘the development of a low-cost tool that can withstand deep-sea environments opens up new possibilities for our understanding and management of marine ecosystems. we’ll be working with the greenland government and fishing industry to ensure this fragile, complex and beautiful habitat is protected.’ 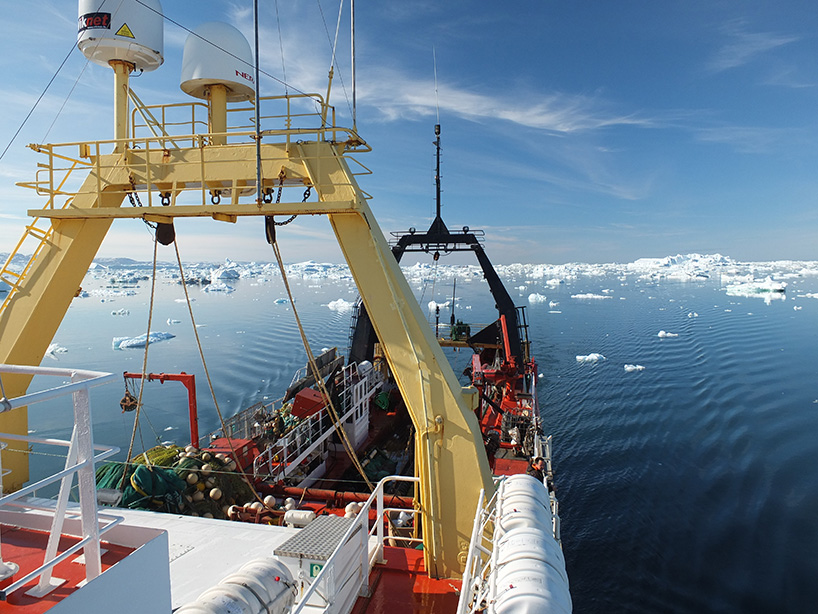 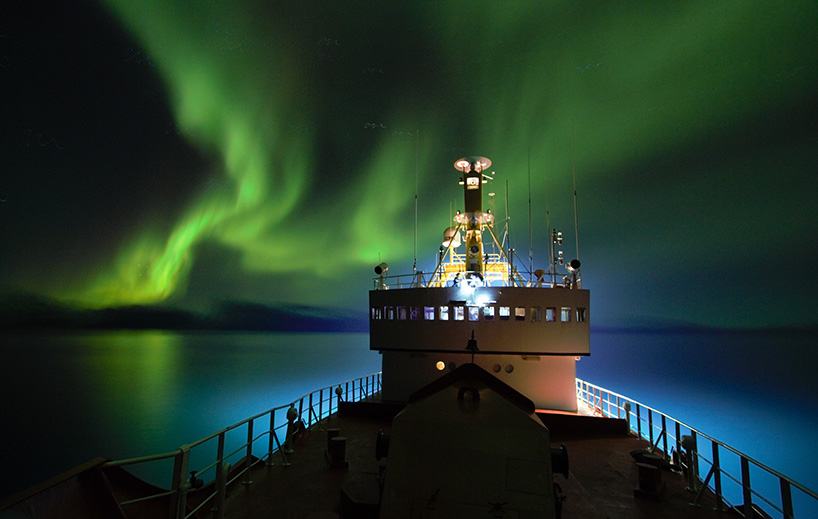