located in the rural area of magunze in mozambique, ‘solar giraffe’ is designed by architect ruben morgado as a communal space that offers public access to electricity. made up of photovoltaic panels and a roof,  the structure powers a technical closet under the roof with 10 mobile charging outlets and a radio player to listen to music and the news. all other systems are installed to support and protect the electrical power and its users. more plug-in-play solutions are expected to be added including: internet hotspot, television and a computer, among other services. 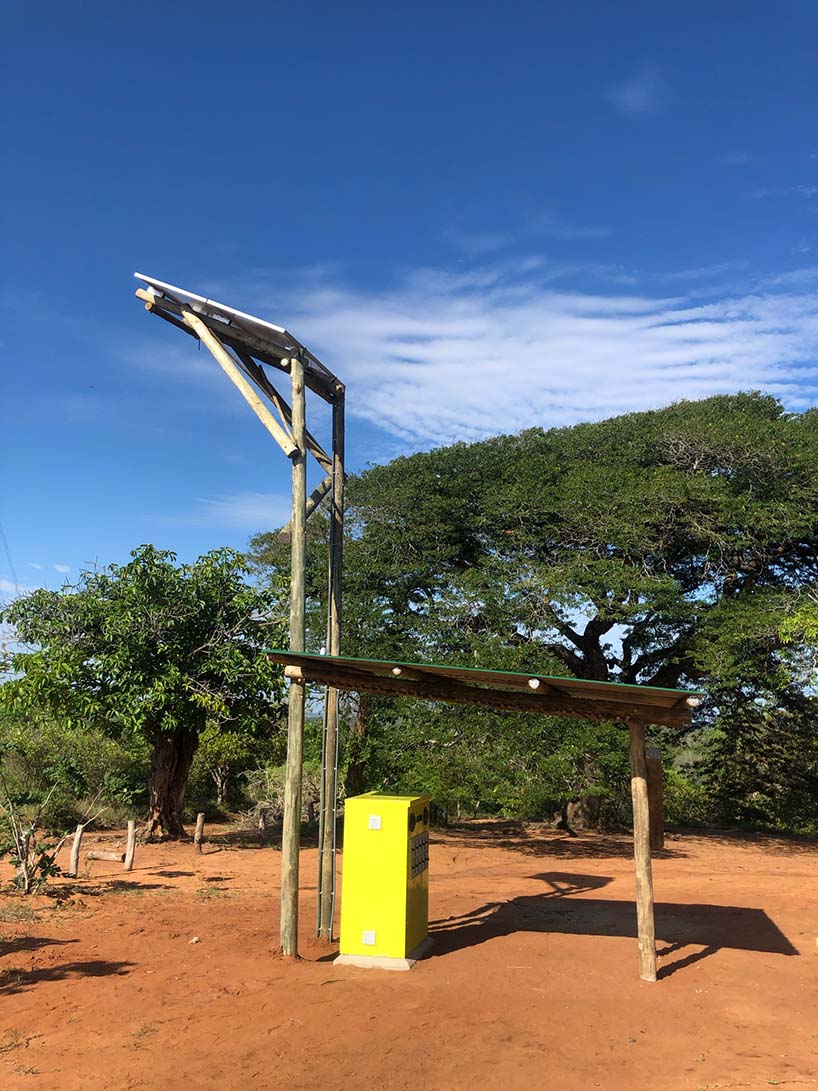 full view of the ‘solar giraffe’

THE CELLPHONE: A VALUABLE SOCIO-ECONOMIC TOOL FOR GROWTH

according to the world bank, only 7.9%  of the population in mozambique has access to electricity in rural areas where the cellphone has proven itself to be a valuable socio-economic tool as a means of communication and for its ease of transport. after extensive discussions with a local partner and with the community of mangunze, the installation of the ‘solar giraffe’ was proposed as a solution.

‘our research identified the inherent value of communication in rural areas, specifically via cell phones, where it is fundamental for the socio-economic growth of communities,’ explains ruben morgado, the lead designer behind the project. 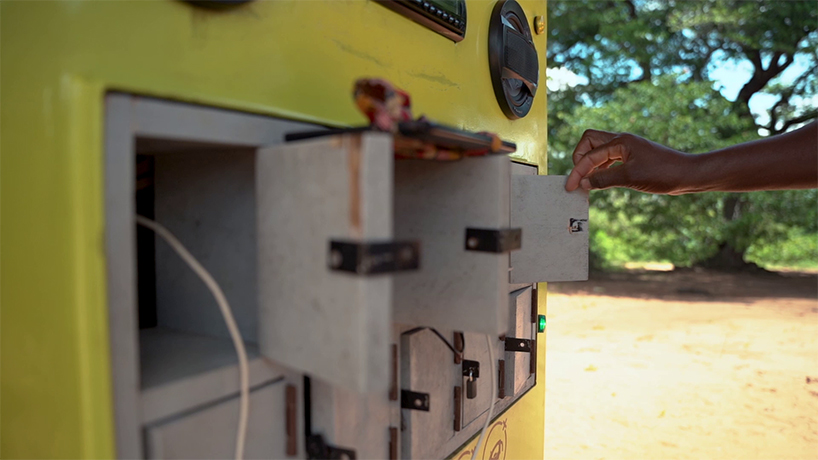 ‘we concluded that cellphones, by expanding and strengthening social networks, contribute to the improvement of rural livelihoods and, consequently, to poverty reduction; increase people’s ability to deal with emergencies; reduce travel costs and maximize the results of the trips that are necessary. they increase temporal accessibility and increase the efficiency of rural activities. the use of cellphones also reduces the cost of doing business and increases productivity, helping rural traders and farmers to ensure better prices by quickly exchanging information related to their businesses,’  elaborates morgado. 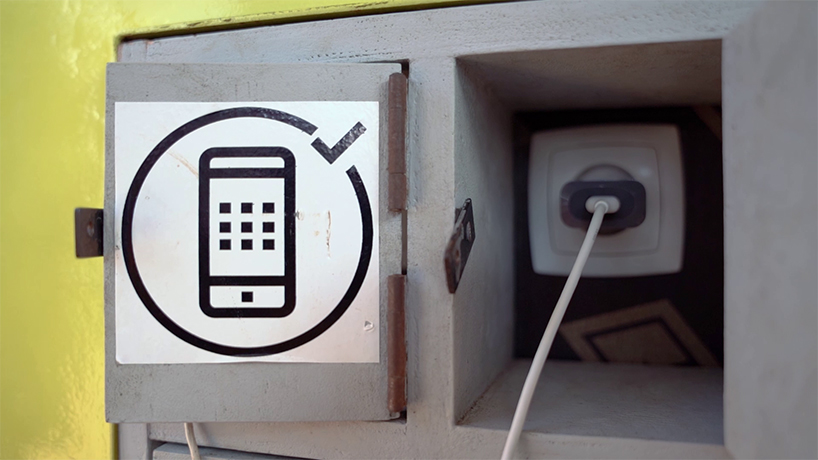 WHY CALL IT THE ‘SOLAR GIRAFFE’?

morgado and his team initially shaped the structure as a horizontal space covered by solar panels on top. this initial proposal, however, received criticism from the community who advised that the panels be elevated. the project was therefore redesigned and the panels duly raised – giving the final structure a giraffe-like silhouette.

the team is currently developing other versions of the ‘solar giraffe’ with some potential uses already identified, such as pumping and storing water and agricultural refrigeration. to reach these goals, morgado points out that it is crucial to develop’ impactful solutions at an acceptable cost-benefit ratio‘. but proposed solutions do not always have the expected benefit. that’s why it becomes necessary to revisit the design of the project,  which can delay the mitigation of the problem identified at the start. 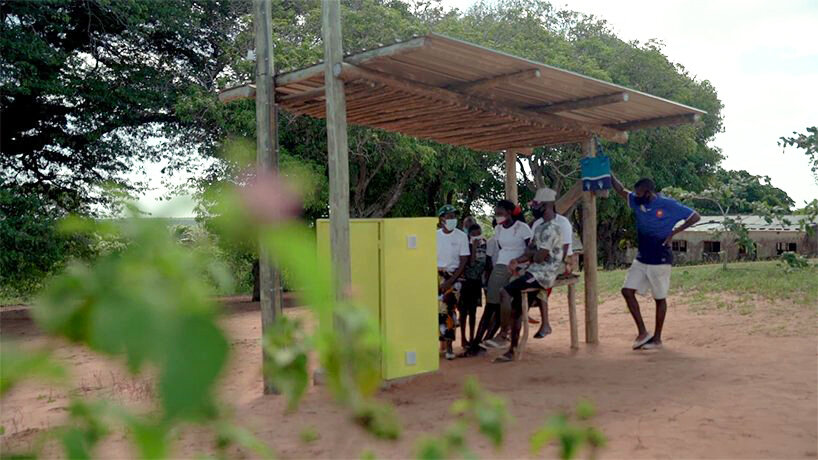 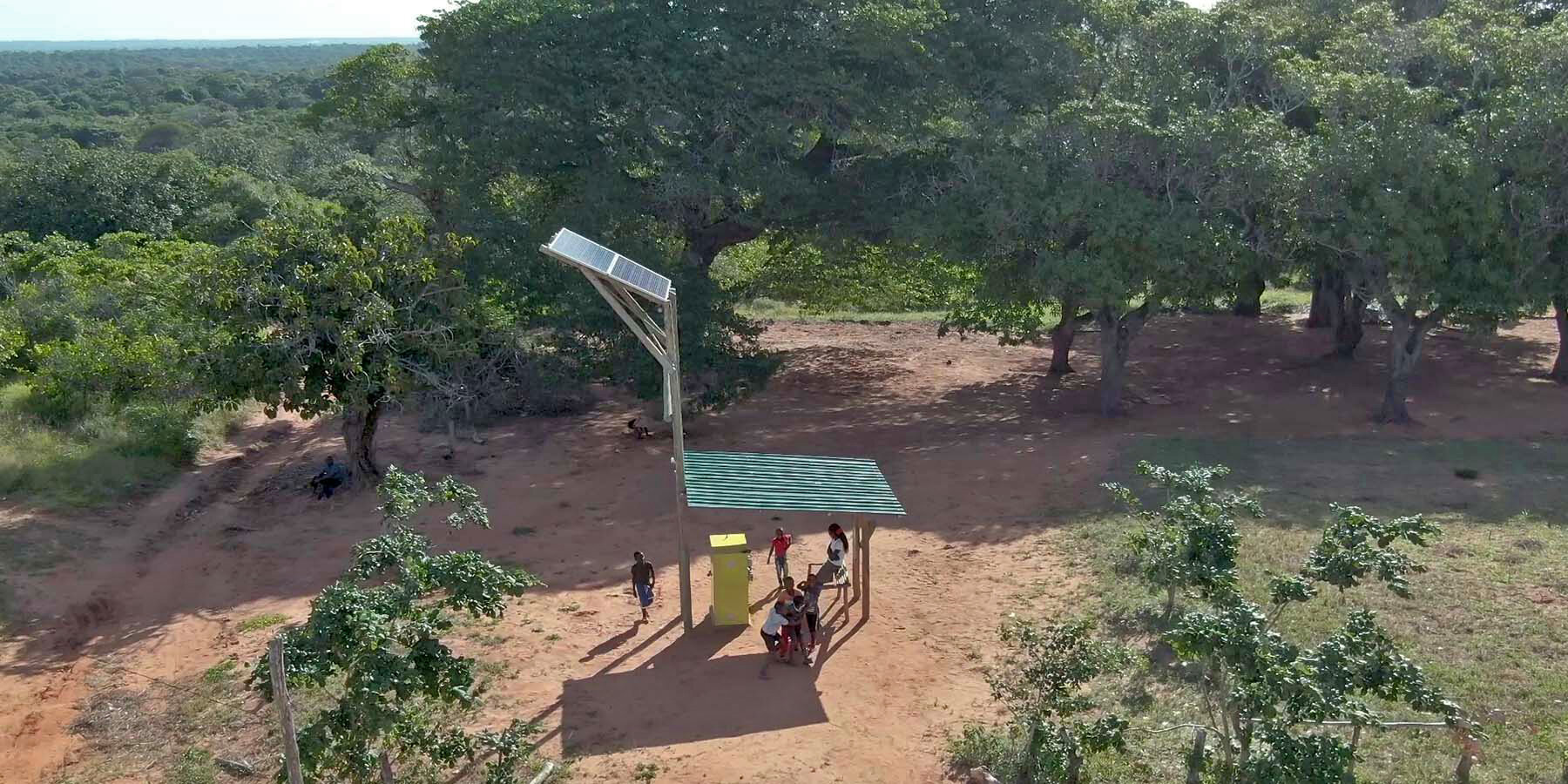 aerial view of the ‘solar giraffe’ 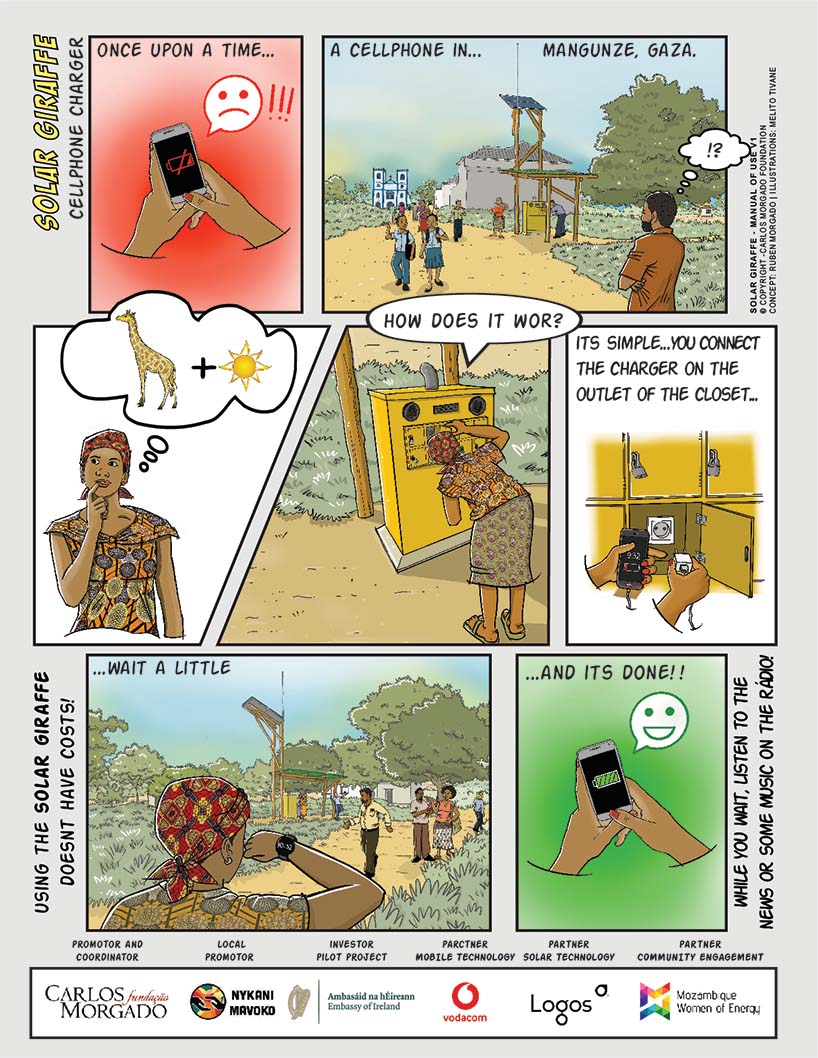 illustrated manual of use 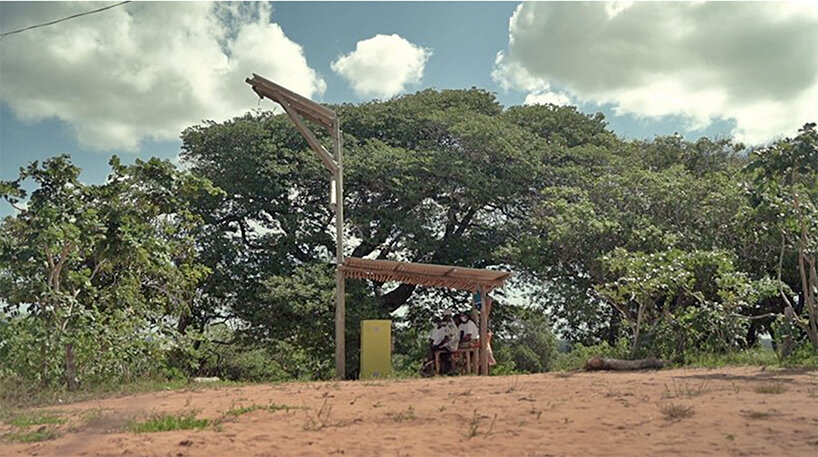 side view of the structure populated by youngsters 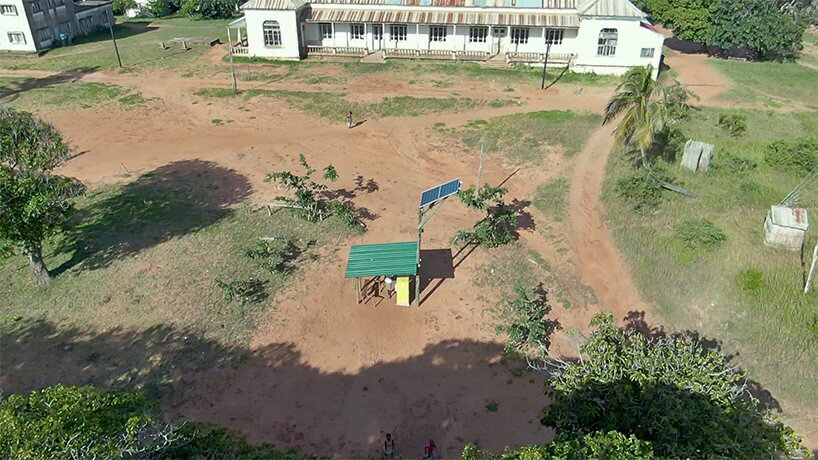 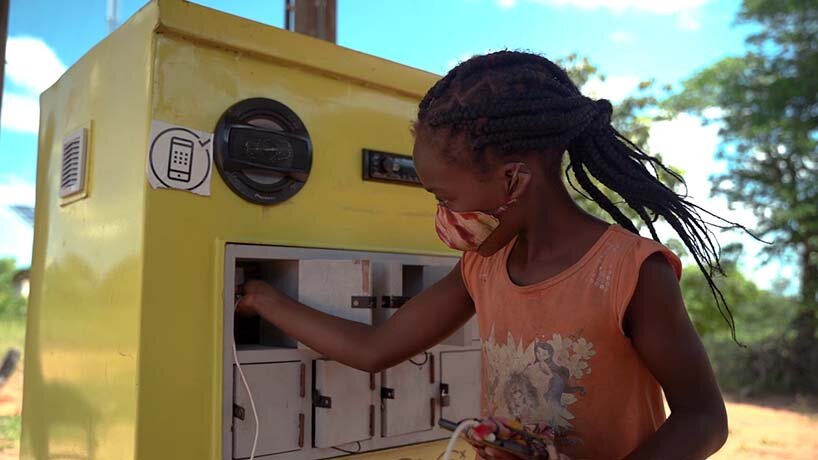 financier: embassy of ireland in mozambique