the scorching climate cities across the world experience may deplete the natural sources of water they may draw from, a situation that disrupts the cycle of water, energy, and food within arid regions. to prevent the system from persisting, researchers from king abdullah university of science and technology and the hong kong polytechnic university have devised a self-sustained and solar-driven, integrated water-electricity-crop co-production system (WEC2P), a medium to sustainably produce freshwater from atmospheric water vapor to support crop growth.

the researchers write that ‘during the three-month-long outdoor field test, the WEC2P successfully reduced the temperature of the solar panels by up to 17°C and increased their electricity generation by up to 9.9% in their cooling mode. meanwhile, it produced water to irrigate crops (such as water spinach) hosted in an integrated plant-growing unit in saudi arabia, with a crop surviving rate of 95%. thereby, WEC2P may represent a meaningful contribution to the global water-energy-food nexus.’ 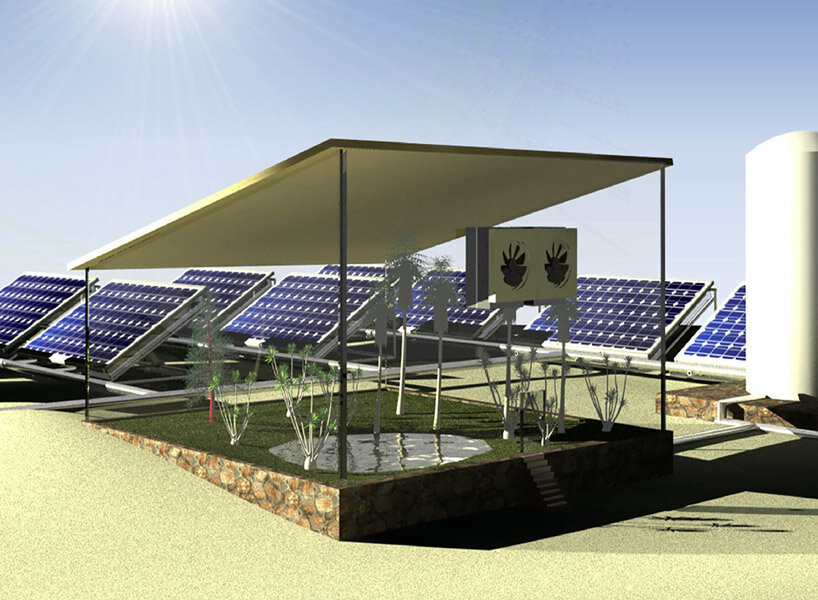 images courtesy of the researchers

the conceptual design demonstrates to be fully solar energy-driven, low cost, and suitable for supporting a decentralized lifestyle. a WEC2P system employs atmospheric-water-harvesting material – such as the sorbent – to capture water vapor from the air, typically at night or in the evening, then using the heat from a solar panel taken during the day to process evaporation. from here, it collects the evaporated water vapor to generate freshwater and waters crops fully through the generated freshwater. 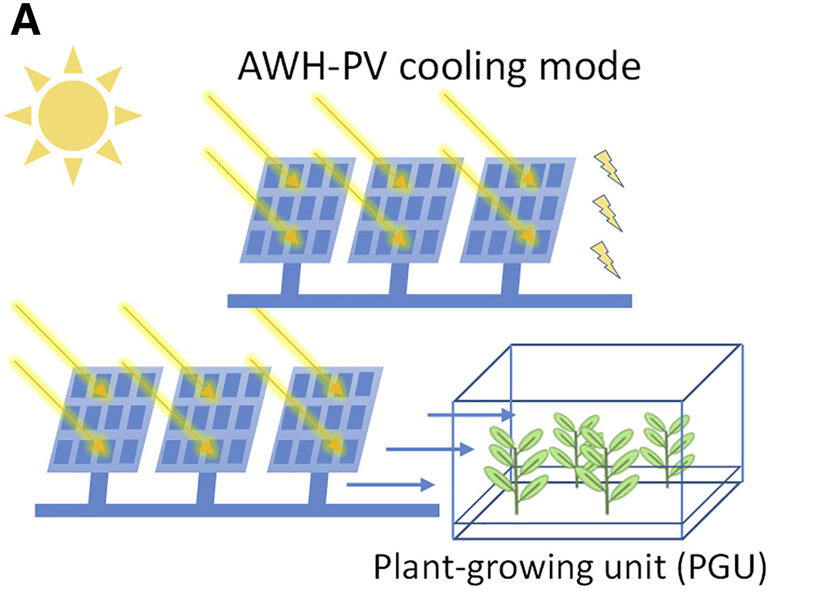 the diagram of the integrated system

the researchers aim to recycle waste heat from the solar panels to produce freshwater from the atmosphere; cool down the panel and increase its electricity generation performance; and apply the system with minimal, geological constraints. the low-cost product also targets the universal achievements of the united nation’s sustainable developments goals (SDGs) by 2030 on clean water and sanitation, zero hunger as it allows crops to grow through the generated freshwater, and pinpointing the use of affordable and clean energy using the resources of the environment. 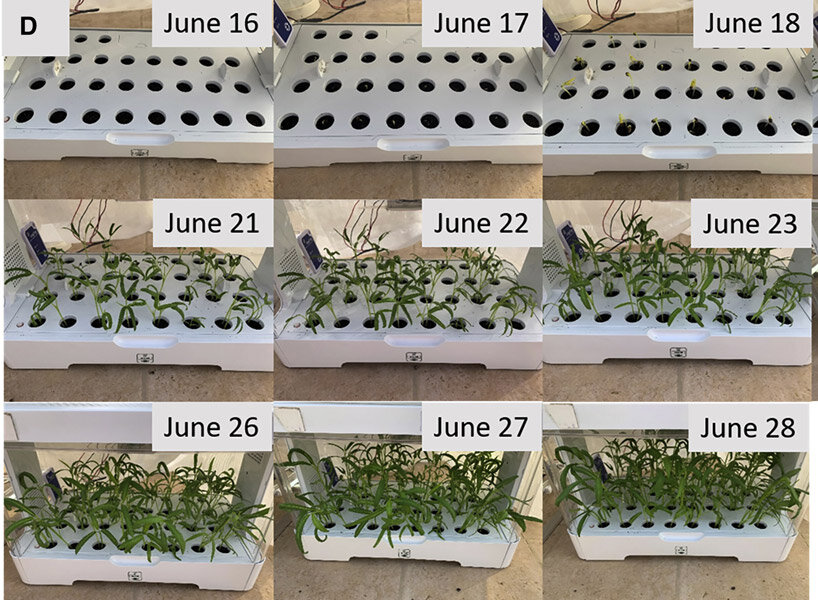 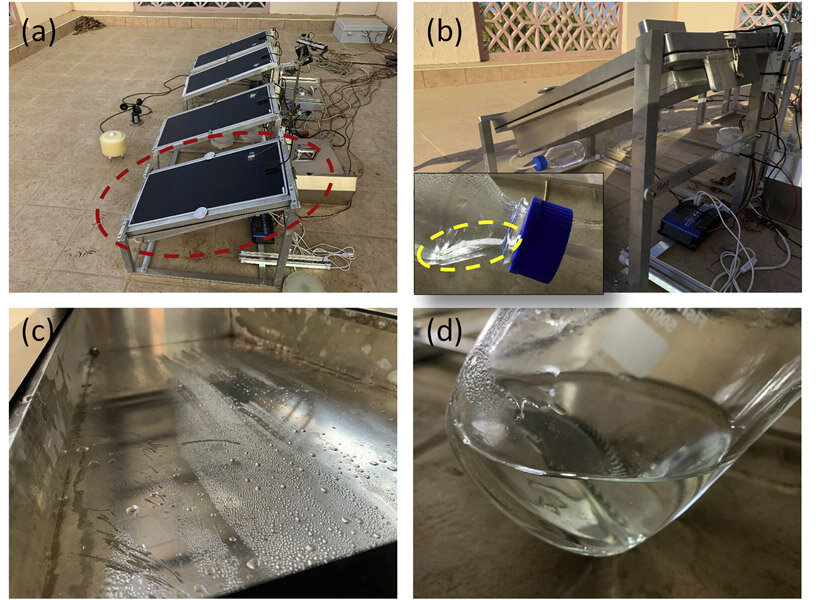 the process of evaporation and producing freshwater 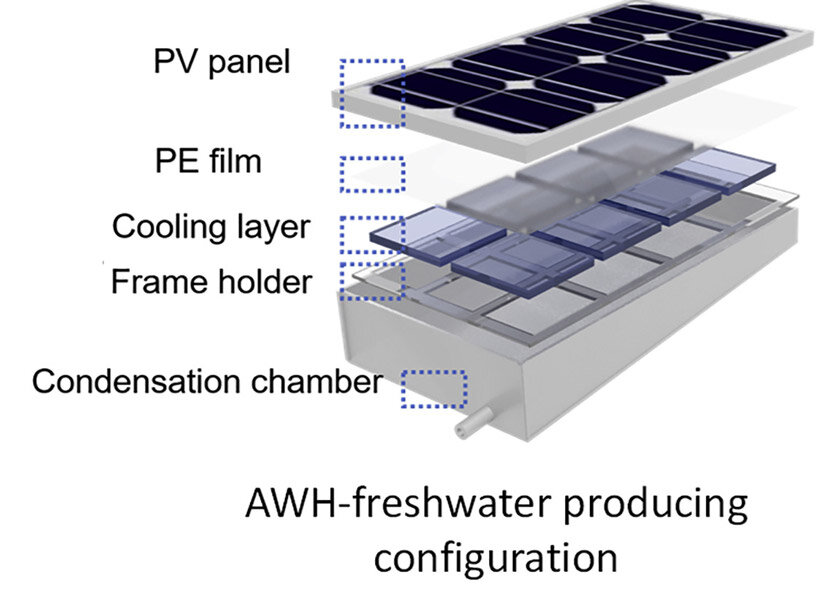 the layers of the system 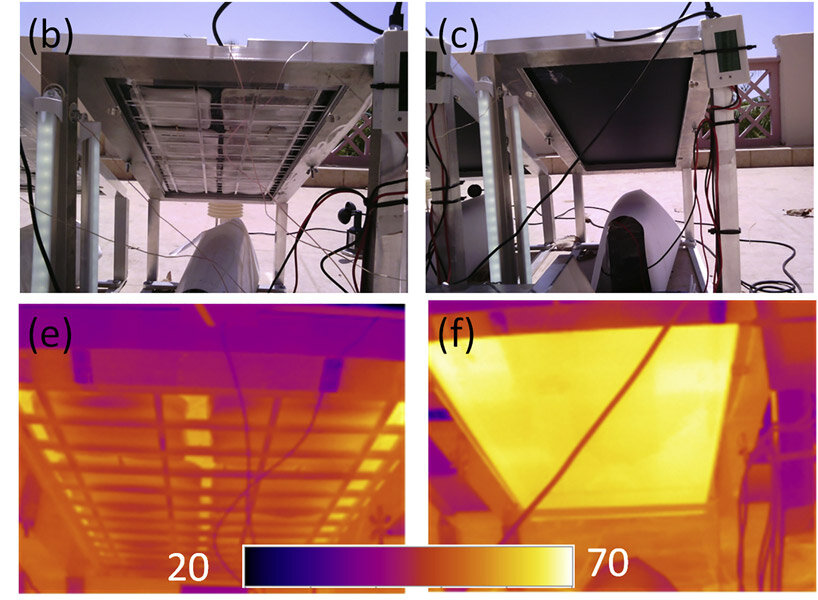 the system is low-cost and fully solar-panel driven