at paris fashion week, chanel took a bit of a ‘green’ turn, whereby the french fashion house’s spring/summer 2013 runway was composed of solar panels, with two rows of wind turbines – 13 in total – lining the length of the stage, sending a surge of sustainable energy throughout the historic grand palais venue.

the scenographic idea came to lagerfeld while he was sitting in central park and wanted a bit of fresh air. ‘it’s more about the mood of the times, not something you have to translate,‘ said the designer. ‘it’s all about the wind, it’s in the air,‘ he said to british vogue.

the runway’s backdrop responded to the voluminous, but airy collection presented in which lagerfeld carried out the solar and wind themes through some of the designs, including a dress which appeared to be composed of miniature solar panels, mimicked using black and blue sequins, as well as a sweater with a wind turbine graphic knit. 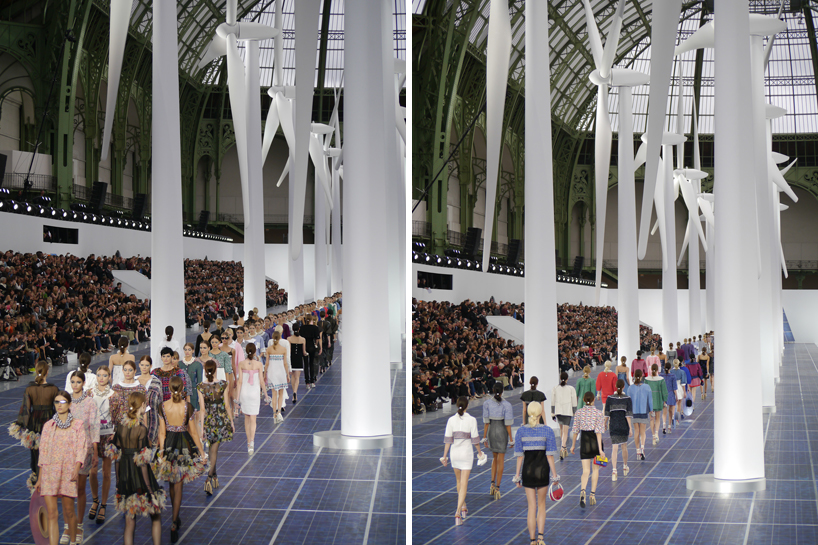 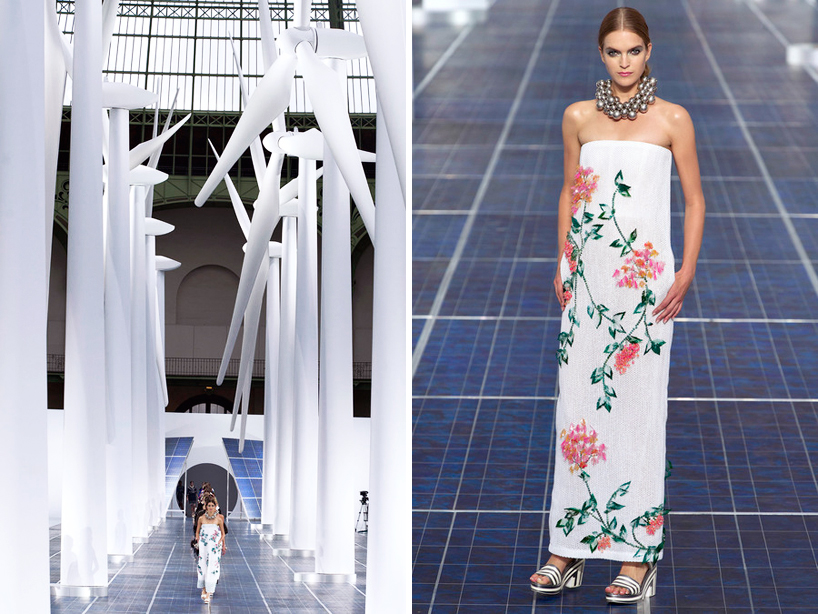 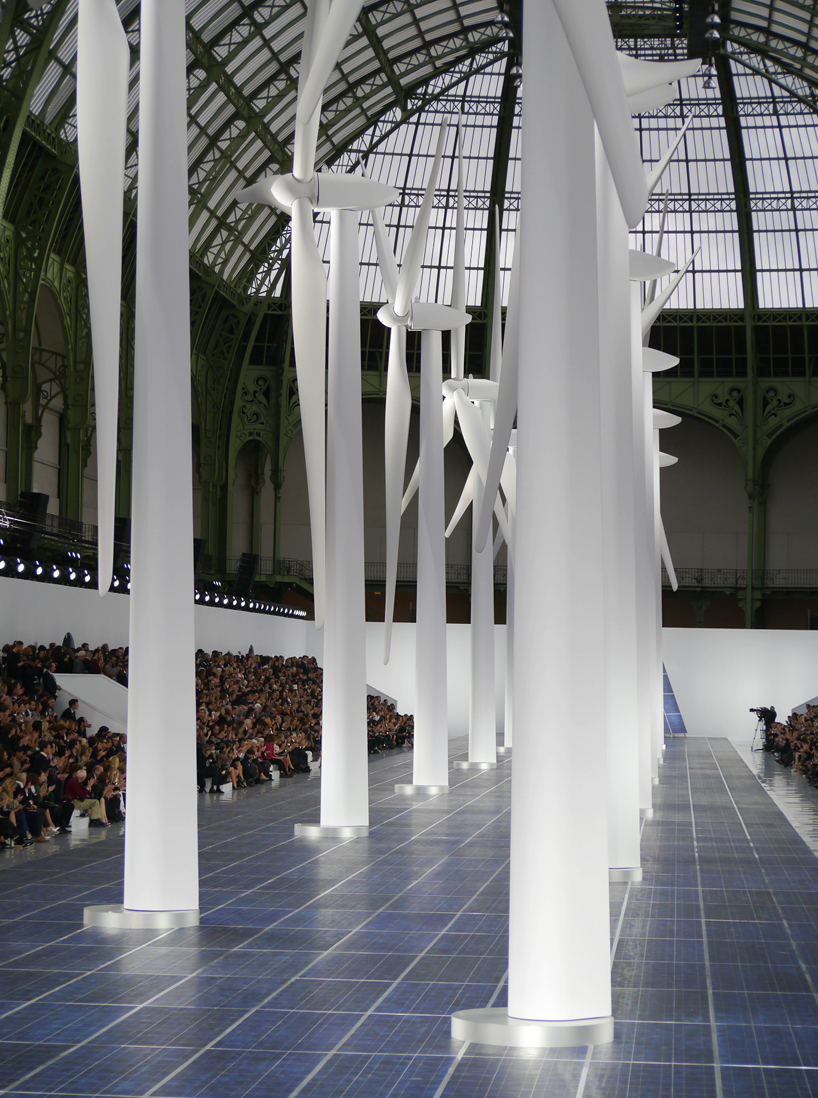