‘made to adapt’ from ‘sony xperia – made of imagination’ by carl kleiner, 2012

stockholm-based designer carl kleiner has developed a new collection of images for the creative campaign ‘made of imagination’ for sony‘s newest ‘xperia’ smartphone. the mobile device has been re-envisioned by kleiner in such a way that its rectangular shape takes the form of various natural and man-made objects. sony’s themes included ‘made to adapt’, ‘made to not touch’, ‘made to rock’, and ‘made to be seen’. each of the concepts included in the series pictures both hand-made and real models in order to convey the inner workings of the smartphone. it is through the artist’s interpretation of the phone’s body that several manifestations of the ‘xperia’ are made visible. 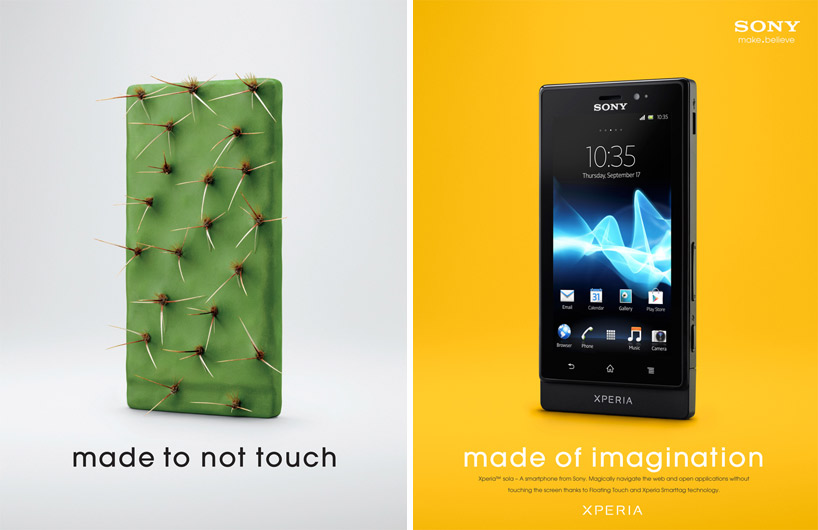 ‘made to not touch’ 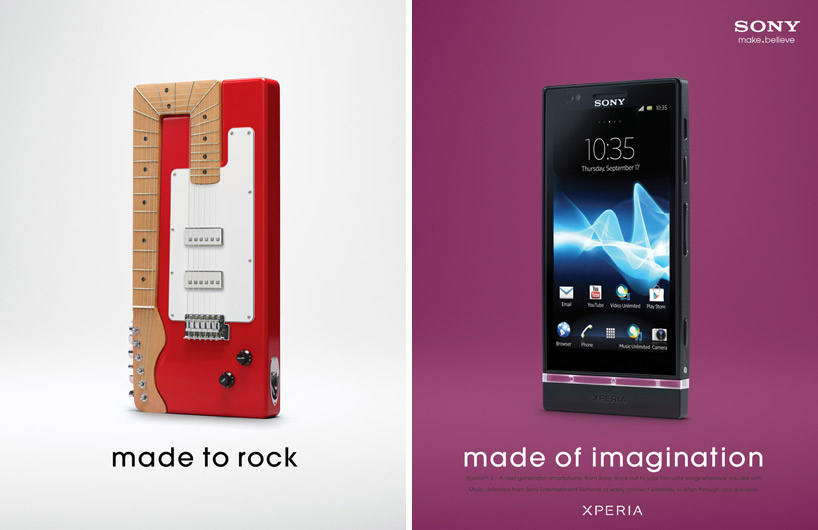 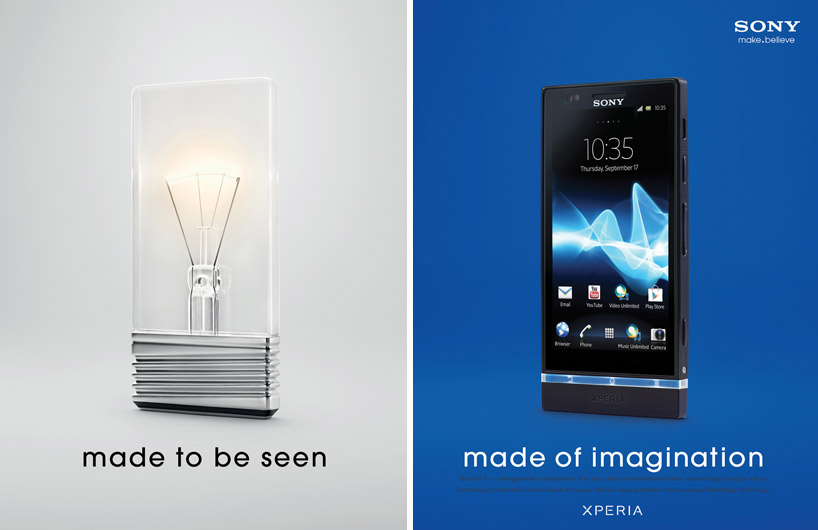