jasper morrison has sent us a tribute to sori yanagi, a key figure in the reconciliation among craft and industry who died on dec. 25, 2011. over the course of a career that spanned more than 60 years, yanagi created a vast array of industrial objects for a quotidian use with an emphasis on simplicity, practicality and natural beauty.

‘sori yanagi, the japanese designer famous for his butterfly stool, made from two identical plywood mouldings, has died in tokyo aged 96. his career spanned a period which saw the birth of post war japan’s industrialisation and it’s relatively recent surrender to korea and china as factory floors for the world’s electronic goods.

yanagi was born in tokyo in 1915 and grew up in the Japanese equivalent of an arts and crafts house across the street from the mingei kan (japanese crafts museum) which his father soetsu established together with the ceramicists shoji hamada and kanjiro kawai. their understanding of korean and japanese folk art was based on an intuitive appreciation of the beauty of things made unselfconsciously, and the discussions which their discoveries provoked, led to a cultural awakening in pre-war japan which had long been absent. 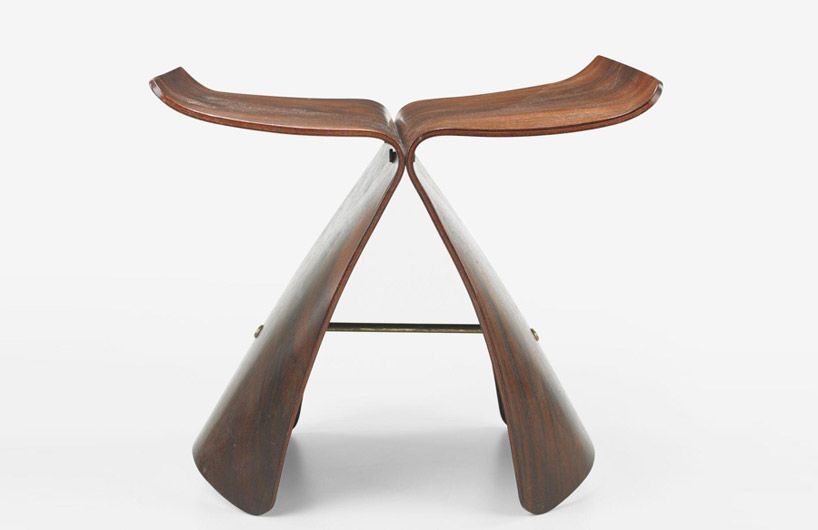 the inadequacy of industrial production and the importance and superiority of objects made by hand for unpretencious everyday purposes was a constant theme of his father’s essays and looking at the hundreds of everyday objects which resulted from yanagi’s six decade design career, from manhole covers to tea cups and drinking water fountains, it seems the message was well received, each one of them having about it all the spirit an object needs to overcome the orphan-like disadvantages of an industrial birth.

his students days were marked by the teaching of charlotte perriand, the french designer responsible for most of the furniture attributed to le corbusier, who travelled to japan in the 1940’s on a government grant with a mission to inspire young Japanese designers. in 1957 he travelled to milan, then in its hey day as the design capital of the world, for the 11th milan triennale where he exhibited his butterfly stool. back in tokyo his design office finally settled in the studio where he was to continue working for the last 4 decades of his career. 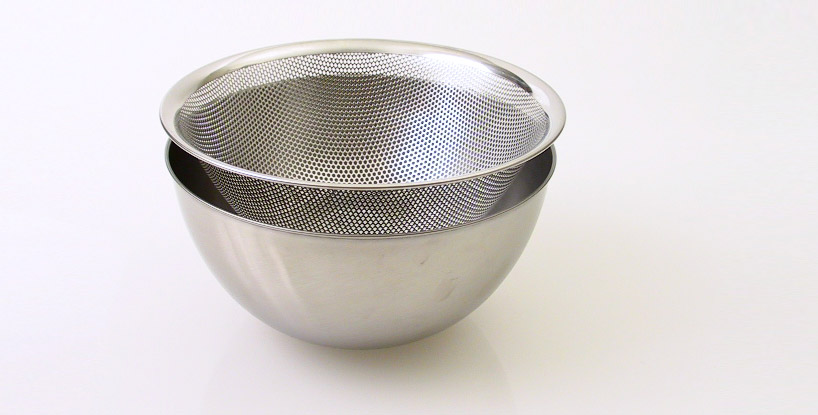 I was lucky enough to visit sori yanagi’s studio, a half submerged day-lit cube in a modernist building of the 1970’s. the room was no bigger than 40 square metres, and manouvreability limited to narrow passages between islands of models, books and industrial samples. at the time, assistants were busy modelling saucepan handles, while I took in the atmosphere. it was evident that for sori yanagi a design needed to be modelled, in the original sense of the word, before it could be drawn up for production.

in recent years his kitchenware designs have attracted something of a cult following, appreciated for there usefulness as much as their beauty. it seems probable that sori yanagi spent his life trying to invent a future for his father’s appreciation of things, reconciling the two worlds of craft and industry by adapting the benefits of the handmade with the advantages of industrial production, with a mind and an eye trained from an early age to know how to do it.

his recent decline in health combined with a certain lack of attention from europe’s design media and institutions, denied the west the retrospective exhibition and magazine coverage he deserved. though he rarely made public appearances in later years, in 2006 he attended an exhibition curated by naoto fukasawa and myself called ‘super normal’, which featured a number of his pieces.

wandering among the exhibits he stopped to appreciate some of them, finally settling on a salad bowl with combined strainer that he had designed several years earlier ‘it’s beautiful, who did it?’ he asked with a slight smile and twinkling eyes.’