in response to russia’s controversial gay propaganda law, adopted in 2013, the series of ‘pride propaganda’ posters has been repurposed from original soviet propaganda images. in a country where simply waving a rainbow flag can get you arrested, the collection displays people doing exactly that, happily marching and joining together in celebration. strong international criticism is focused towards russia as the 2014 sochi winter olympics are taking place. the mayor, who seems to believe that there are no gay people in the city has adopted the legislation, which makes it illegal to exhibit non-traditional sexual relations to children.

as the rest of the world is finally making advances in regards to gay discrimination, it seems russia is only taking backwards steps. with views that homosexuality equates to being a pedophile, it is clear that such skewed opinions are driven out of unwarranted fear without the hint of a realistic stance on either topic. 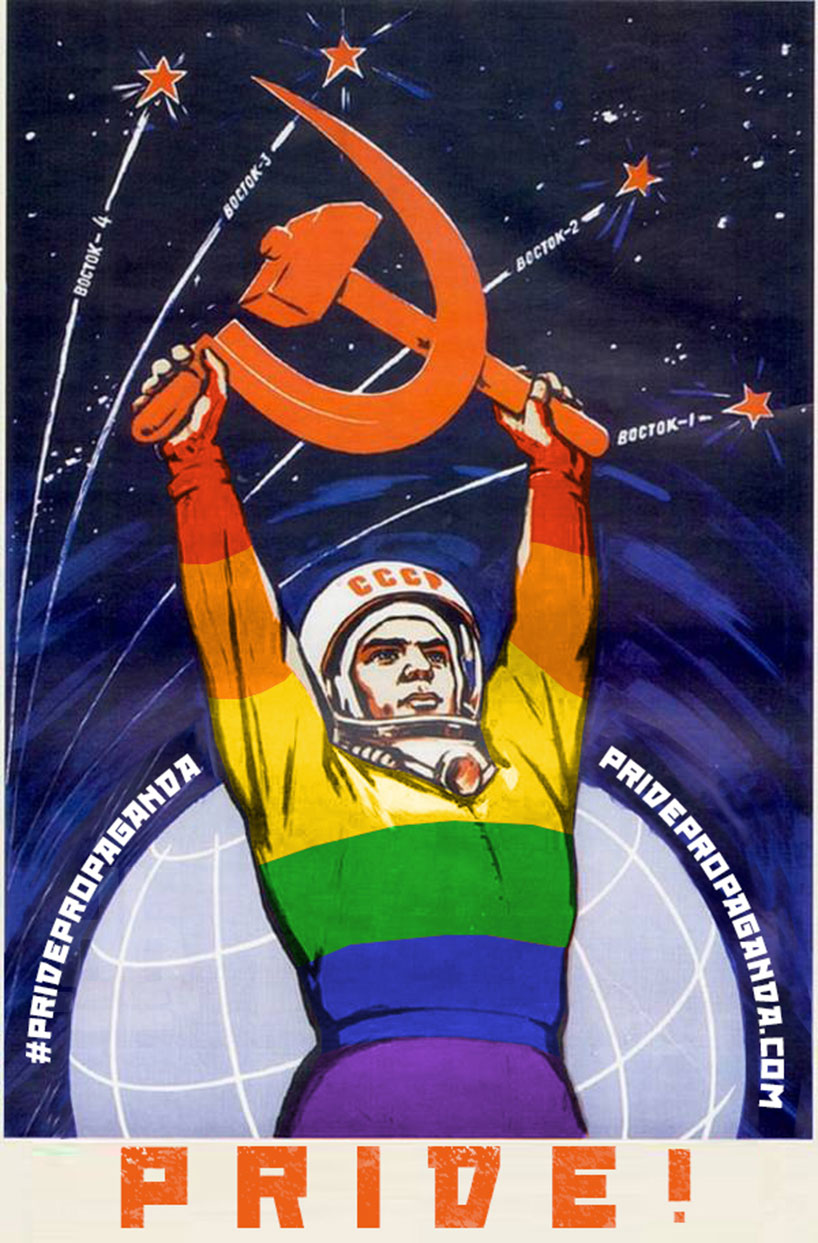 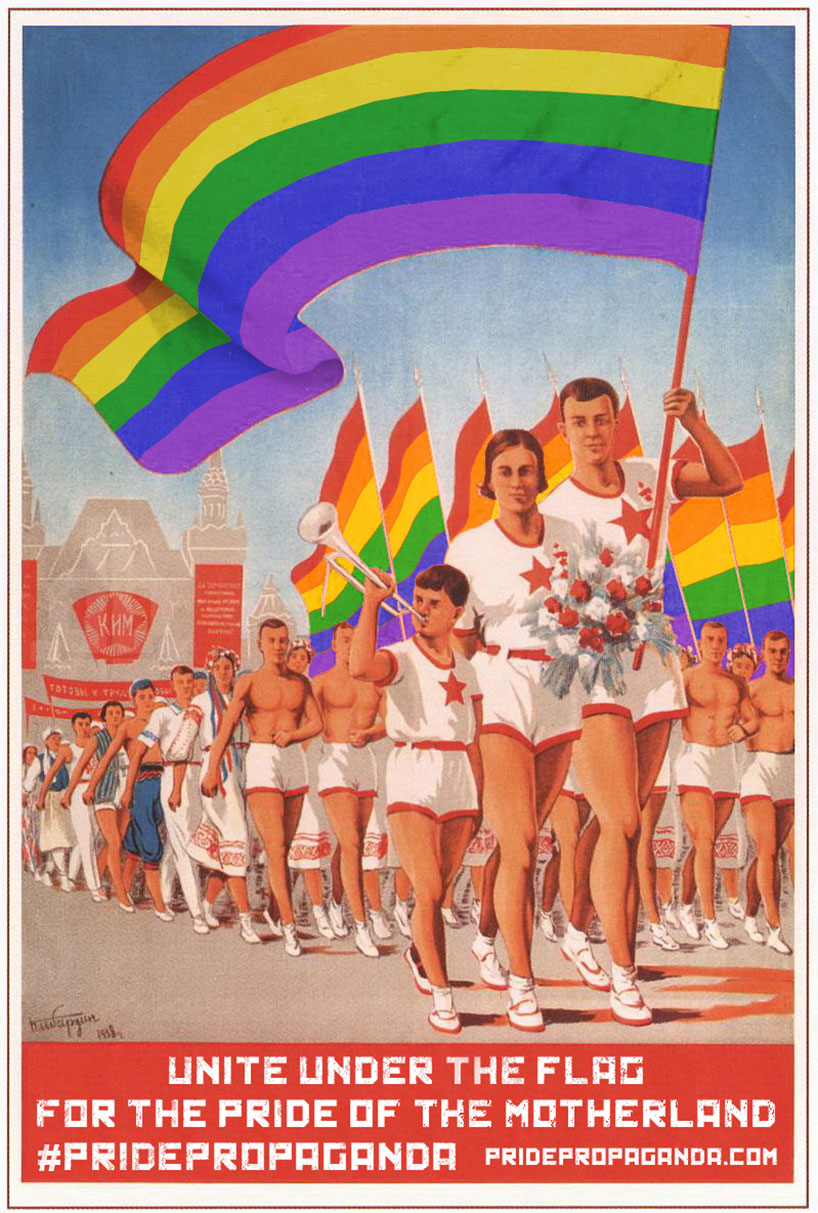 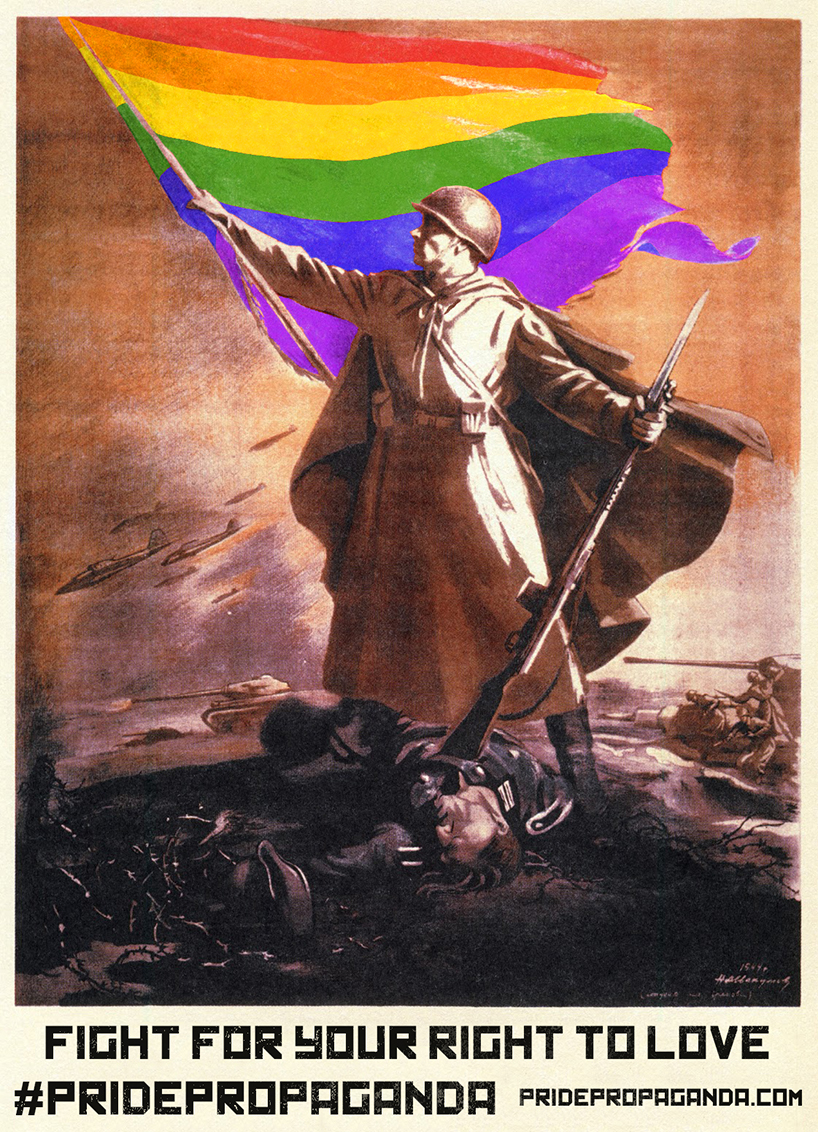 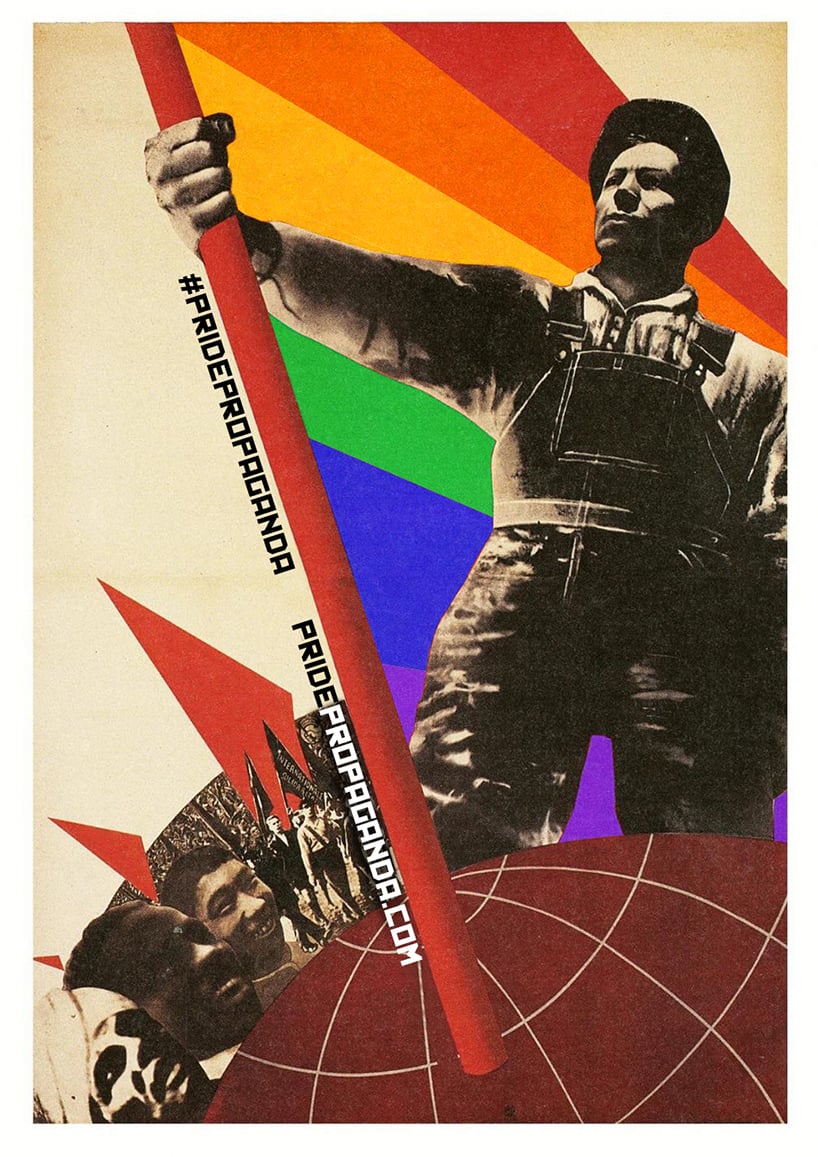