one hundred days ago SPACE10 — IKEA’s future-living lab — launched ‘one shared house 2030,’ a survey that seeks to inform better design decisions when creating future living spaces. to date, more than 7,000 people from almost 150 countries have taken the survey, and the results are now in. before drawing the blueprint of how we might live tomorrow, the research project wanted to understand people’s preferences and concerns, and, interestingly, every person asked would be willing to share at least something.

in order to explore the potential of co-living, and better understand the lives of city dwellers across the planet, SPACE10 teamed up with new york-based design duo anton & irene. titled ‘one shared house 2030’, the survey was designed as an application form for a potential co-living space to open in 2030. the online form, which remains live here, asked people which household goods and services — including kitchens, workspaces, smart devices, childcare, and self-driving cars — they would be willing to share, and what kind of co-living space would be uniquely suited to them. 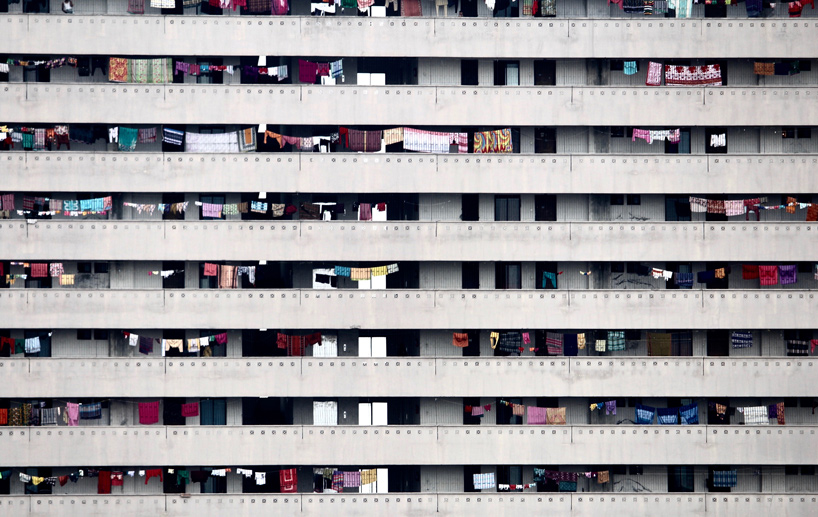 ‘co-living is growing in popularity  in major cities such as london and new york, and we believe this is just the beginning,’ says SPACE10 — IKEA’s future-living lab. ‘shared living will become increasingly attractive to millions of people as they struggle to find adequate and affordable housing in cities in the years to come. that’s why we launched one shared house 2030, an online survey that seeks to understand how people would like to live together and what they would be willing to share — or not.’ read more about the findings, in the words of the survey’s organizers, below. 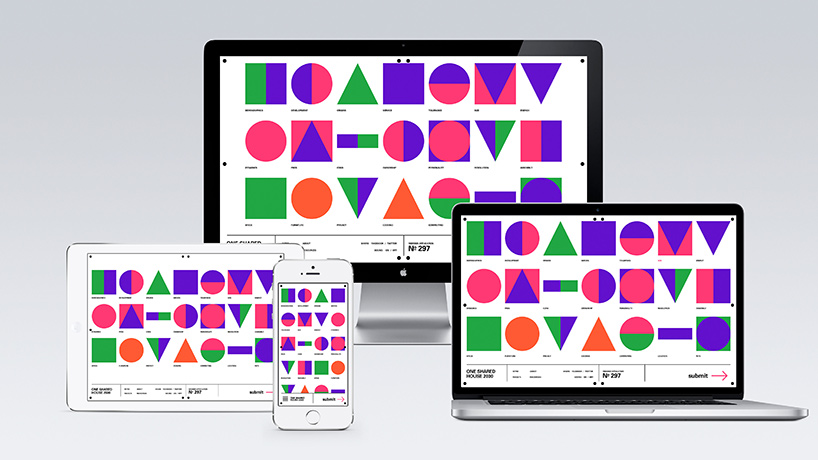 the main reason that most people find shared living attractive is because it creates new ways of socializing with others.

interesting, right? you might think that people would be attracted to shared living to save money, have access to common facilities, or be able to live in a neighborhood they otherwise wouldn’t be able to afford. when asked, however, most people said the biggest benefit would actually be the social life.

but maybe it’s not that surprising, after all. single-occupancy households are increasing in low, middle and high-income countries, as young people increasingly choose not live with their families until they get married, but instead find a place of their own, and as divorce rates rise. but just because more people live alone, it doesn’t mean they’re happy doing so. studies show we’re becoming increasingly lonely, and that we no longer have a sense of community. we no longer say hello to our neighbors and the city is filled with anonymous faces.

meanwhile, though we spend much more time on social media, our social networks are smaller than they were 50 years ago. the number of americans without any close friends has tripled since 1985, according to the general social survey. and in many countries, younger and elderly people alike are reporting feeling lonelier than ever. in february 2018, the british government even appointed a ‘minister for loneliness’.

so it’s not that surprising that many people might find shared living attractive. simply put, they want to feel part of a community and have a social life, where they live. 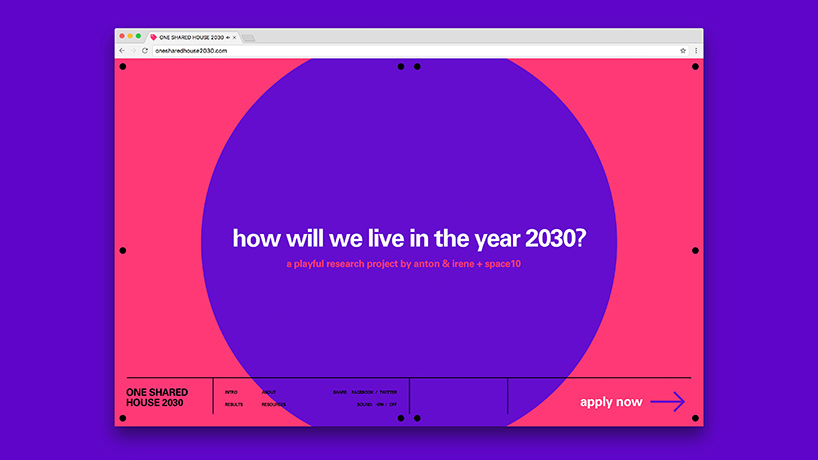 the playful research project is titled ‘one shared house 2030’

it also turns out that most respondents to our survey would like to live in tight-knit communities of four to 10 people. that’s very interesting, not least because many of the co-living firms of today—including the collective, pure house, common and welive—are rolling out co-living spaces designed for hundreds of people. the world’s largest shared-living space is old oak—the collective’s 550-bed tower block in west london. the US firm ollie sets out to launch a co-living space with 426 beds over 13 floors of a building in new york. and welive is planning to construct a 36-storey building in seattle—23 floors of which will provide shared-living.

these will be co-living spaces with hundreds of bedrooms and huge common areas. and yet, according to our survey, most people would prefer to be part of the smallest possible community—four to 10 people. the only exception are ‘couples with children’: they’d prefer to be part of a slightly bigger community of 10–25 people—presumably to share the workload of looking after the kids. in any case, no one says they’d prefer to live with hundreds of other people. 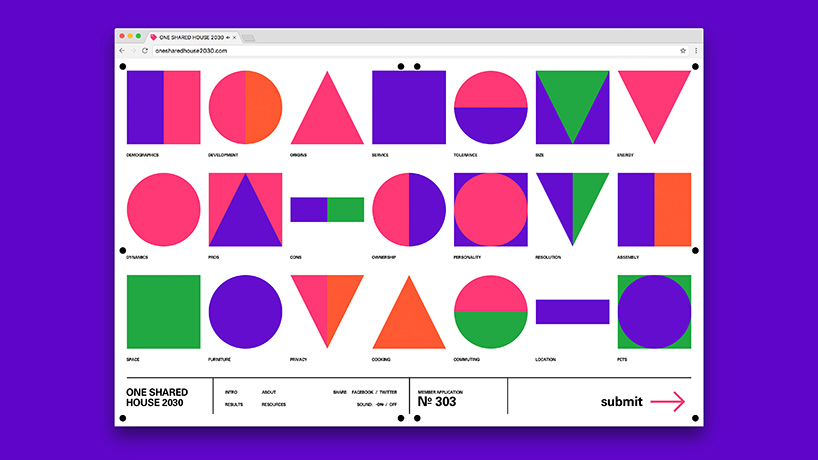 ‘applicants’ can answer questions relating to co-living on the website

we want to live with a diverse group of people

another interesting finding is that the majority would prefer to live with people of different backgrounds and ages.

‘I’m happily surprised to hear that most people prefer to live with a different mix of people,’ says irene pereyra of design duo anton & irene, with whom we collaborated on the survey. ‘today we live in our own little echo chambers of information and are surrounded by so much like-mindedness. it’s lovely that despite this bubble creation, when people are asked, they’d prefer to live with people who are different to them.’

the survey also asked people to prioritize who they’d prefer to live with. the majority of people would be most willing to live with childless couples and single women. the least popular house members were small children and teenagers.

that isn’t surprising, says lydia choi-johansson, an intelligence specialist for IKEA, who worked on its 2017 life at home report, which surveyed more than 22,000 people in 22 countries to understand how people feel about life at home. she says children can often be a source of conflict. ‘we know from our research that people are opinionated when it comes to parenting styles,’ choi-johansson says. residents of a shared-living scheme might feel they had to respect other people’s parenting styles and wouldn’t want to interfere. ‘if you’re single, live with other people’s children and are bothered by them, it’s harder to say something to the parents,’ she says. 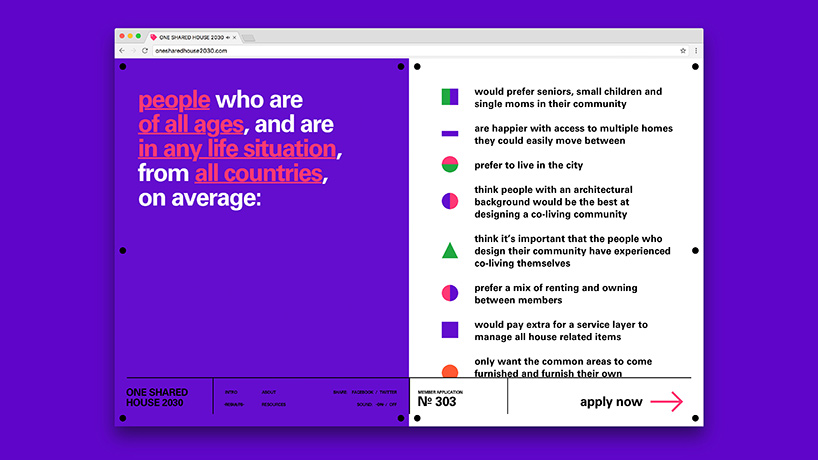 the data is open-source, free for anyone to use, and completely anonymous

the main concern for most respondents is that shared living would mean a lack of privacy. the majority said co-living would be a good way to socialize with others and that they would be willing to share their home. but they still worry about the potential intrusion on their privacy—and insist on their private space being off-limits to others.

the survey therefore suggests that most people prefer to have private and shared spaces with defined terms of use. choi-johansson says that ‘people need a balance between ‘my space’, ‘your space’, and ‘our space’. such findings indicate that we will always have great desire for control over our space and things.’

the majority of people would also prefer to furnish their private space themselves, but have common areas furnished by designers. what’s interesting about this is that we’re living in an age when the border between public and private space is increasingly blurred: the local coffee shop becomes our office or living room, while we share our homes with strangers on airbnb and our cars with others through ride-sharing platforms. this is also an age in which we willingly digitize almost every aspect of our lives, in which we accept that the data about what we do, eat or say, how we feel and where we go, is collected and shared by governments and corporations. perhaps that’s why we still want a physical space that’s private and ours.

what most people are willing to share are utilities, the internet, gardens and workspaces. but sharing bedrooms is off limits. and most people would prefer not to share groceries or the bathroom.

democratic principles would seemingly run strong in one shared house 2030. people would prefer to vote on new members rather than have the decision taken for them. and most would prefer to have equal ownership of their shared house—a model that few shared-living spaces offer in 2018.

the most important qualities of potential housemates are cleanliness, honesty, and being considerate. the least important? being handy, funny and attractive.

the majority would also be willing to pay for an extra layer of services—such as having healthy food delivered.

last but not least, our furry friends can relax. people may disagree about many things—but pets will be very welcome in one shared house 2030. we hope the new residents enjoy living there, too.

the what, not the why

finally, we should say that one shared house 2030 isn’t a scientific survey, but a form of ‘playful research’ designed to get people thinking about the future of living. the data is quantitative, not qualitative—meaning we know the what, not the why.

moreover, the responses are unlikely to reflect the general population. to date, we’ve had over 7,000 responses, from people in almost 150 countries. though there’s an equal split of men and women, 85 percent of respondents are 18–39 years old. most respondents are either single or in childless relationships, and live in europe, north america and asia.

we nevertheless believe their responses are revealing—and merit further from people who design shared-living communities. 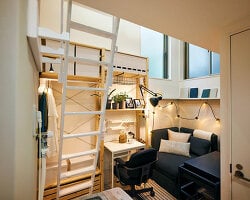 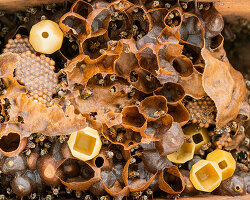 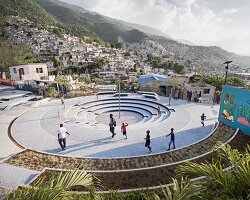 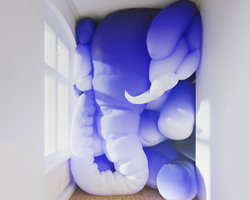 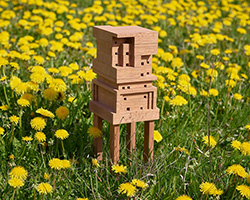 May 19, 2020
design your own bee house with IKEA's bee home open-source project 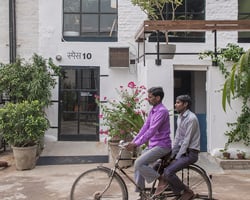